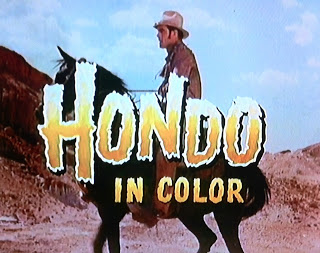 Hondo and the Rebel Hat completed the HONDO episode guide here at The Horn Section with the 17th and final installment.  Co-production from John Wayne's Batjac Productions and the solid track record of creator/producer Andrew J. Fenady couldn't make ABC more patient, nor could improved Nielsen ratings in the final month of 1967.  December 29, 1967 was the show's final prime time appearance on ABC. 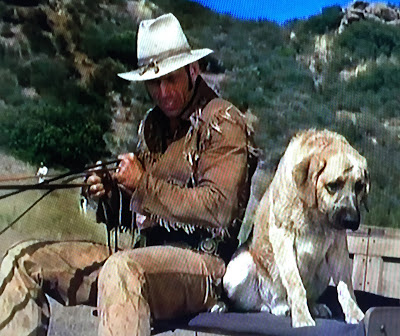 Ironically, Wayne had an indirect but not insignificant hand in HONDO's early hook in 1967.  Much is made of the killer time slot opposite GOMER PYLE and STAR TREK, but HONDO's second half hour also had to compete with the original Hondo Lane twice on the CBS FRIDAY MOVIE as well.  The 21.6 that CBS' movie averaged in the 9-9:30 half hour opposite HONDO increased substantially whenever The Duke was providing competition for the ABC series.  THE MAN WHO SHOT LIBERTY VALANCE posted a 25.7 rating/46.4 share on September 22 opposite Hondo and the Singing Wire.  Even more damaging, the star-studded Hondo and the Judas had the misfortune to air opposite the network premiere of McLINTOCK! on November 3 after two weeks of slight ratings headway for HONDO (with one second place finish in the time slot).  The Wayne film was a Nielsen powerhouse with a 31.2/53.9, and HONDO's cancellation was announced by the network a week later. 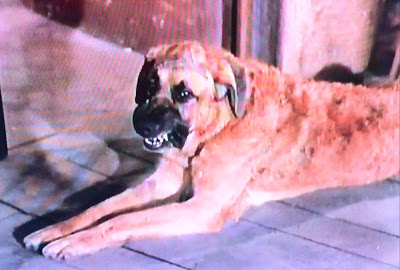 At the time I announced the start of our HONDO episode guide in April 2015, the show had just resurfaced on Warner Archive Instant, causing yours truly to recall the series' amazing ten year run on TNT a decade and a half earlier.  I posited at the time that this might well make HONDO the most successful American show ever in syndication with such a small number of installments.  Since then, HONDO has bolstered that claim with another stellar network stint, this time on Sony's getTV. 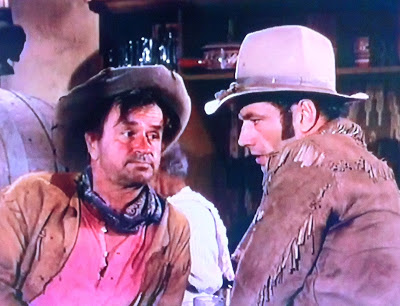 getTV premiered HONDO on Saturday, September 19, 2015 as part of a new weekend Western block of programming.  As had been the case on TNT in 1989, HONDO again premiered alongside two short lived Westerns with superior star power, Robert Horton's A MAN CALLED SHENANDOAH and James Garner's NICHOLS.  And once again, Ralph Taeger outlasted the bigger names: the Garner and Horton shows are long gone, but HONDO remains on getTV's schedule in February 2021. 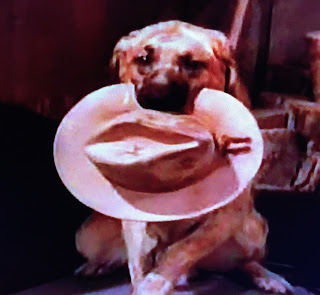 TOMBSTONE TERRITORY, THE TALL MAN and RESTLESS GUN are just a few more weekend westerns that have come and gone on getTV's weekend schedule in the five and a half years since, but HONDO has again proven to be a cornerstone once again.  The show has been on getTV without interruption since its 2015 debut, having aired at least once every week.  HONDO has had a 24 hour New Year's Day marathon and several prime time multi-episode blocks as well.  Over halfway to matching its TNT run now, each segment has received over twenty airings as of this post.  HONDO currently airs at 10:15 A.M. Central every Saturday and Sunday alongside other overlooked Westerns such as LAREDO, SHANE and THE QUEST. 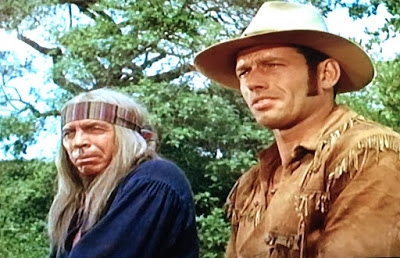 One man's ranking: While # 7 on the list is the reviewer's personal favorite, I gotta try to be objective.  Quite a strong list overall: even the two episodes I consider to be misfires have their moments.  HONDO is well worth following from beginning to end.  And apparently very rewatchable. 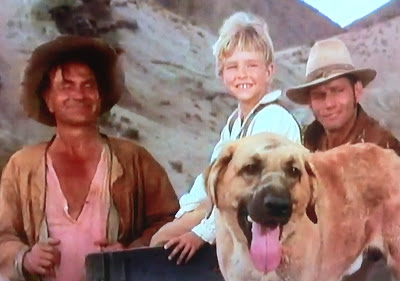 In addition to the twice weekly airings on getTV, HONDO has also received that long awaited DVD release, from Warner Archive.   GetTV's promotional clips for the series continue to air as well, courtesy Rob Word's 2015 interview with the late Andrew J. Fenady.

Well, Fenady was eventually proven right---22 years later, and six years after Ralph Taeger had left Hollywood for Taeger's Timbers in Placerville, CA.  HONDO's demise ended Taeger's bid for TV stardom; it was three years before he reappeared, in a small but prominently billed role in THE DELTA FACTOR (1970).  He continued to pop up as a guest on shows like POLICE WOMAN, QUINCY, M.E. and THE SIX MILLION DOLLAR MAN into the early 1980's and reunited with Fenady for the TV Movie HOSTAGE HEART in 1977.  HONDO's renewed popularity did bring THE WALL STREET JOURNAL and TRAIL DUST calling Taeger for interviews in the 1990's.

In addition to the posts linked above, I also wrote a piece on Hondo Lane's scene stealing sidekicks for your reading pleasure.

Finally, Rob Word's full length Andrew J. Fenady interview starts with the origin of A.J.'s partnership with The Duke on the HONDO series.  Well worth your time!

Sad to say, Hal, but Spectrum Cable in New York no longer has GetTV. Contracts, you know. It's been replaced by Cozi TV. I'll have to see if I can scrunge up enough change to get Hondo on DVD.

Sorry to hear hobbyfan. I'm fortunate to have both here locally on Dish; Cozi has a good lineup too, but I like getTV's more obscure shows.

The ABC affiliate here had the contract for GetTV, and replaced it with Cozi. The only problem with Cozi is that they have the habit of running blocks of episodes, the trend du jour for some cablers.