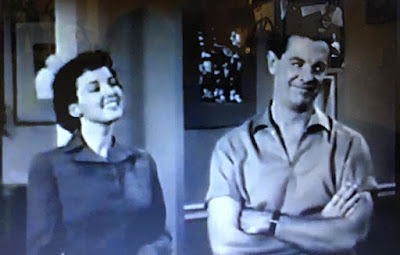 
Series overview for LOVE THAT BOB! a.k.a. THE BOB CUMMINGS SHOW is at this link.


Playboy Bob Collins is on the phone with tonight's date, unknowingly giving pointers to nephew Chuck and several of eavesdropping teenage friends.  Bob isn't happy about that "accidental" intrusion, but that isn't the violation that gets Chuck grounded later--it's the revelation that he kept his date Carol (Harvey Helm's niece) out until 2 A.M. later that night. 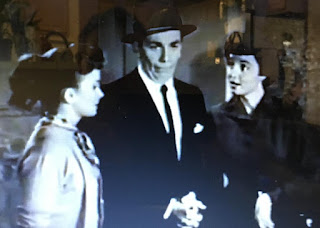 Chuck doesn't stay grounded for long, at least in Uncle Bob's eyes.  Bob learns that Carol has already been forbidden from dating Chuck by Ruth Helm, henpecker of husband Harvey.  Ruth doesn't set a date on Carol's prohibition, but cites Bob's bad influence on Chuck as the sole reason, leading the playboy shutterbug to stand up for the young lovebirds and rescind Chuck's punishment.  And, of course, setting up one more battle of the sexes between alphas Bob and Ruthie. 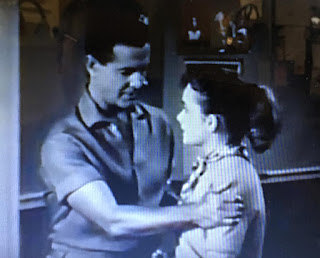 "In any relationship it's always the man who makes the decision.  Right, Harvey?" -- Ruth Helm

Bob is quite the confident ice-breaker, but even he could learn a lesson in supremacy from Ruth Helm, who has her lengthiest and best appearance in Bob Tangles with Ruthie.  Margaret is a widow, so it is understandable that her brother would be the father figure in Chuck's life.  But where are Carol's parents?  "Aunt Ruthie" apparently rules the entire family's roost, tightly directing Harvey to assert the terms to his WWII comrade. 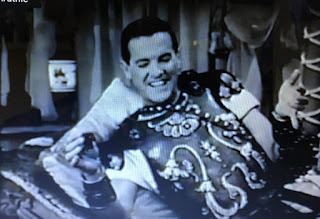 "Let those who would not like to have their allowances cut off stand with me." --Ruth

"The King" to nephew Chuck, Bob just doesn't have an answer for a married woman--especially not one who quietly overpowers everyone around her--not just Harvey.  Flattery and flirting are useless with the wife of his longtime pal, so the stud has precious little to bargain with.  Bob's call to arms is admirable, with appeals to freedom, family pride and the rights of teenagers.  Alas, we learn only that silver tongued oratory has little persuasion against a disapproving glare from Mrs. Helm.  If everyone isn't sufficiently intimidated already, Ruthie's iron-clad control of the purse strings in her family (all of it apparently, since niece Carol gets her allowance from Ruth too!) provides the coup de grace.  Bob's support system suffers further from Margaret's agreement with Ruth regarding the big, bad Wolf's influence, so she's infiltrated the Collins household too.  Talk about your bad matchups! 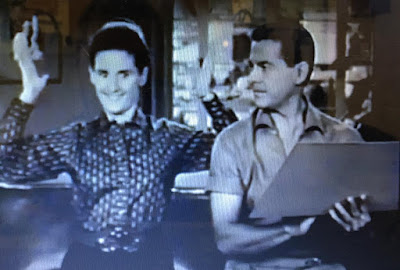 Ruth Helm not only wins decisively (4 to 2) when the sides are chosen (Chuck stays loyal to Uncle Bob, but appears uneasy), but in doing so she even turns this quintessential Alpha Male into a daydreaming Walter Mitty!   Bob fantasizes about turning the tables in the subsequent "Caesar and Cleopatra" set piece.  Unsurprisingly, Harv is a thoroughly whipped Mark Antony in Bob's version.  A tad long at six minutes--Cummings had just begun directing the show a month earlier--but overall it's a worthy followup to Schultzy's fancy in The Sheik. 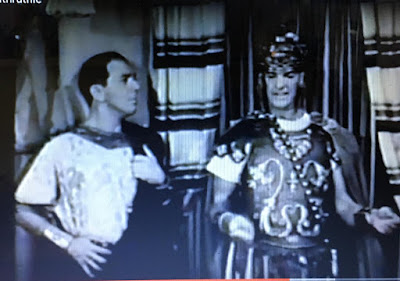 Perfectly cast, Mary Lawrence's controlled performance as Ruth Helm provided LOVE THAT BOB with a consistently robust opposing force for its titular protagonist.  Quietly overpowering all around her with an unnerving smile and a measured manner, Ruth does provide just a hint of the fury feared by her husband.  (We do eventually see the aftermath once, at the conclusion of Bob Saves Harvey.)


Bob Tangles with Ruthie is a one-sided rout until the Bob finally finds an ace in the hole: some backbone from hapless Harvey.  No, not directly from the source.  Collins attempts to give him one in absentia with an intentional misinterpretation of Helm's business trip to Reno--the famed divorce capital of the world.  This scheme does succeed in extracting rare vulnerability from Mrs. Helm.  How rare?  Check out the pic above: Ruth is on her knees in front of playboy Bob, begging!  Bringing Robert's reverie to life!  Briefly, anyway.  A chain is only as strong as its weakest link, and Collins himself is the only strong connection in this particular fetter.  Given the swiftness with which Collins exits the premises once this ruse is deconstructed, even that sturdiness is relative. 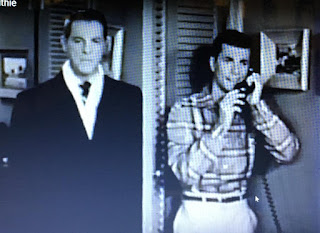 Proving the point made by both Ruth and Margaret, all of Chuck's friends are awed by Bob's success with women and are shown to be emulating him in their own relationships.  At least, what can be ascertained by listening in.  Which is probably the least helpful information to be gained from The Master--Bob's lines seem really corny even for the era.   Gotta admire his stamina and ingenuity, though: Bob has a different date for every night of the week, exhibited by the hilariously organized schedule he keeps (the glamour shot in each day's slot tells our bon vivant who to get ready for). 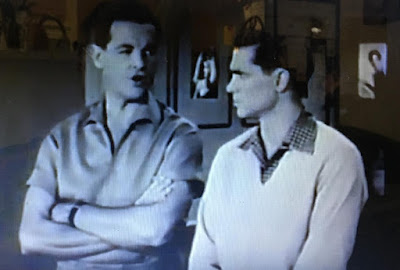 "You're grounded!  You're going to study every night this week!"
"Every night?"
"From Helen right through Cynth----from Monday right through Saturday!"

Seven different dates for 7 different nights--no wonder Chuck's friends are wonderstruck by his Uncle.  Bob's detractors have a point, though--he's getting so much action he can't even tell the ladies apart without his trusty organizer.  (Bob and Automation would later show an even more advanced "system".)  Funny scene, but gets a little silly--you can't tell me that he wouldn't recognize Shirley Swanson's voice over the phone, and it's also a tad far-fetched to think that those cheesy lines would be effective. That said, Bob Tangles with Ruthie quickly hits its stride after this opener, with two 3-D chess players butting heads all the way to a laugh-filled conclusion. 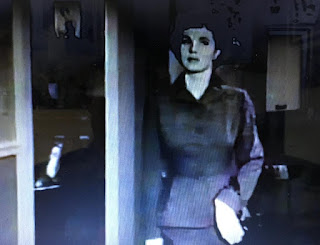 Not onscreen, since "Caesar" was busy fighting his crusade.  Still, with seven upcoming dates, even a .143 batting average gets Bob to home plate this week, right? 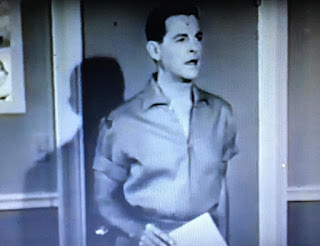 Every episode featuring Bob Collins butting heads with Ruth Helm is a winner.  Mary Lawrence was terrific in her infrequent appearances and cast a wide shadow, oft-referenced when she wasn't onscreen.  The situations are even funnier than the lines this time, with a wonderfully constructed buildup.  Just five episodes into his directorial career, Cummings is already getting top-notch work from his actors.   (***1/2 out of four) 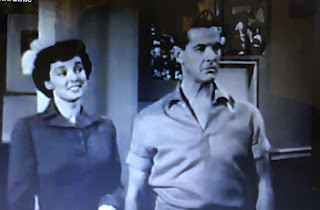 Bob Tangles With Ruthie is available for viewing on YouTube at this link.