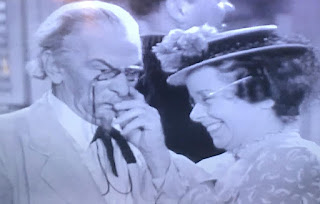 Introduction to The Leon Errol Salute series is at this link.


Showboat captain Errol is running a real shoestring operation.  So much so that he doesn't have the $50 to secure a license at his latest stop.  Ever the fast thinker, Errol barters with town clerk Taylor, but the traded hair tonic renders Taylor as bald as Leon.  This has Sheriff Parnell after our funnyman, but he's thwarted in his arrest attempt by "Colonel Witherspoon" (Catlett), who pushes Parnell into the river while the boat shoves off with Catlett in tow. 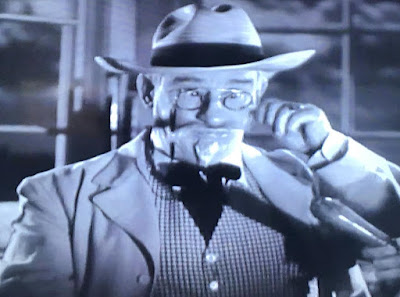 Safe waters?  Not for long.  In Leon's stead, Colonel Catlett gets drunk at the helm and accidentally runs the craft ashore--right outside the town's swank hotel and angering its proprietor Robards.  The mere mention of the Colonel's name has Robards changing his tune--Witherspoon is a very rich and mysterious eccentric.  The sound of his name doesn't endear Errol to everyone in town, though--he finds himself in the middle of a feud with rival Colonel Hale after he assumes Witherspoon's identity to elude the Sheriff. 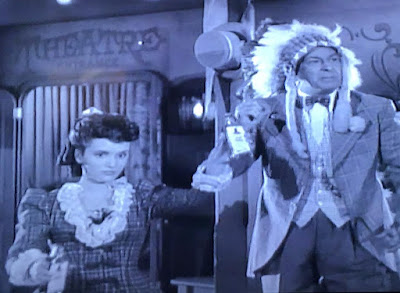 Playing a masquerading Matt Lindsay again three years after the demise of the MEXICAN SPITFIRE series, Leon Errol had his final feature film lead in RIVERBOAT RHYTHM.  As always, assuming a new identity to avoid jail time opens multiple cans of worms, including a near marriage with Florence Lake (usually Mrs. Kennedy in Edgar's RKO shorts) being demanded of his alter ego.  Yes, being jailed or hitched is better than facing the murderous Beeler family--even if Edgar might disagree. 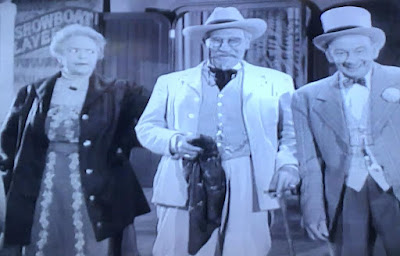 Little wonder that it often feels a lot like a SPITFIRE entry sans the late Lupe Velez: Goodwins directed all eight entries in that series and Roberts scripted all but the first.  RHYTHM adds a little spice to the formula though.  The life-and-death situation that Matt Lindsay unwittingly gets into certainly has higher stakes than Errol's typical ruse as the Fake Lord Epping.  Adding to the desperation, this version of Uncle Matt is much more impoverished than the Lindsey who served as Carmelita's co-conspirator. 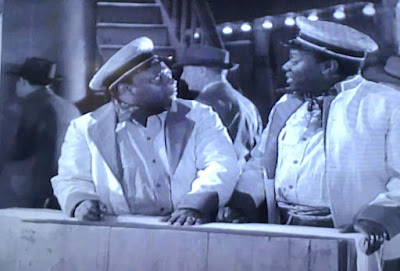 A real treat is created by the casting of Mantan Moreland and Ben Carter as two of Uncle Matt's riverboat employees.  Abbott and Costello had nothing on the precise timing of Moreland and Carter.  In their penultimate appearance as a screen team, they present their "incomplete sentences" routine that was also superbly utilized in the Charlie Chan films THE SCARLET CLUE (1945) and DARK ALIBI (1946).  But RHYTHM provides a bonus you won't find in those better circulated films: Leon Errol is smoothly integrated into the routine here about two minutes in, with wonderfully timed results.   Seeing Carter, Moreland and Errol juggling this legendary wordplay is a true marvel, and easily the finest sequence in RIVERBOAT RHYTHM. 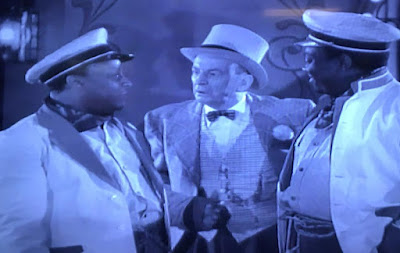 Sadly, this would be the penultimate film for Carter, who died of diphtheria months after completing DARK ALIBI; he was only 35.  Moreland would revive the act with a young Nipsey Russell as his straight men but his chemistry with Carter was never fully duplicated. 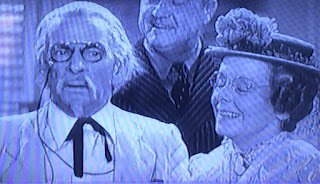 Frankie Carle gets prominent billing, four songs, and more screen time than Moreland and Carter.  Too bad.  Carle was a legitimate Wizard of the Keyboard, but modern audiences will be a lot more interested in the comedic highlights.  You do get to hear Carle's most famous song, Sunrise Serenade. 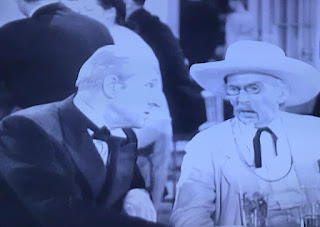 Leon Errol's solo features for RKO arrived about once per year through 1946, and for the most part (MAMA LOVES PAPA was an exception) surprisingly avoided the boozy formula of his better remembered shorts.  The wobbly limbed comic darts between his dual identities in a sober fashion.  Instead, Catlett gets these vices in RIVERBOAT RHYTHM as the inebriated Colonel wrecks the ship (DUI, no doubt) and unwittingly saddles the incognito Errol with a wife.   As was the case in POP ALWAYS PAYS (Catlett hilariously mooched off Errol for that film's duration) these two old pros work seamlessly. 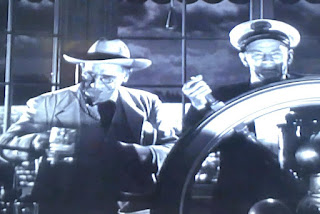 Jason Robards Sr. and Lilian Randolph are uncredited but easily recognized.  A young Nan Leslie and Tommy Noonan are among the others you can spot if you don't blink.  Joan Newton gets prominent billing as Errol's niece, but this was one of only two films she would make, the other being BEDLAM with Boris Karloff. 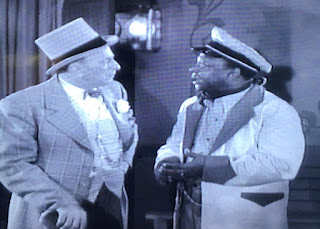 RIVERBOAT RHYTHM gets a one-star rating when it turns up in your TV guides, but don't believe that hype.  It is no doubt of its time but the gags are decent and are more than decently delivered.  It would end up being Leon's last go-round headlining a feature (supporting parts in THE NOOSE HANGS HIGH and the JOE PALOOKA series remained) but he had five more years of entertaining two-reelers ahead of him, with the majority scripted by Roberts and directed by Goodwins. 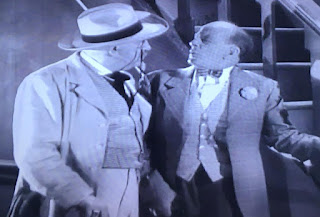 Only 65 minutes long, so it would need a double feature at the very least.  Also, RIVERBOAT RHYTHM had all but disappeared from TV in the last two decades, but TCM did air it in September (when I was finally able to DVR it) so there's hope for a repeat showing in the near future. 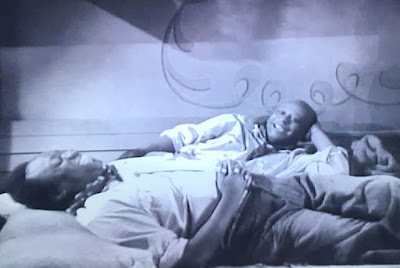 I'd put it on just for the Moreland/Carter/Errol sequence alone.  Yes, this is of its time, but the brilliance of Moreland and Carter shines through in all three of their screen appearances together.  In a more enlightened era they might well have reached the heights of Abbott and Costello or Martin and Lewis.  RIVERBOAT RHYTHM has more going for it than just the legendary vaudeville team, though.  Errol really, truly needs a solo boxed set with all of his RKO features to go with the eight-film MEXICAN SPITFIRE series that Warner Archive has issued, and I plan to mention this until it happens, dammit!  Along with complete sets of those two reelers.......

Director Leslie Goodwins is known to me from doing a few episodes of Gilligan's Island in the 60's. Didn't know he did movies, too.

Goodwins also directed several great F TROOP episodes from the 1965-66 season, and was at the end of his career when doing his 1960's TV work (he died in 1969). He directed the entire MEXICAN SPITFIRE series and most of Leon Errol's RKO shorts and features in the 1940's. One of the busiest and best, incredibly versatile. Warner Brothers used him for several TV westerns as well, and he directed 7 MAVERICK episodes.

Just back from double-checking:

In Buster Keaton's Twilight Zone episode, "Once Upon A Time", an extra sequence had to be filmed to fill in a footage shortfall.
The original director, Norman Z. McCleod, was unavailable, and so Leslie Goodwins was brought in for a day to do the new scene (details in any of the many books about TZ).