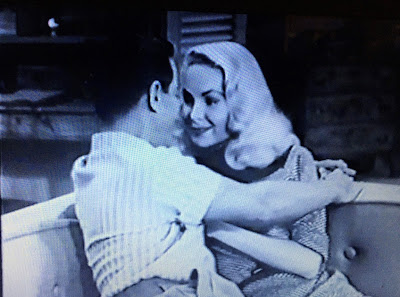 Overview of THE BOB CUMMINGS SHOW a.k.a. LOVE THAT BOB at this link.


"What would you like on your toast--cottage cheese and pickles, or peanut butter and sardines?"

As you might guess by the title, Margaret MacDonald is away for the week, leaving brother Bob and son Chuck to their own devices.  Chuck is resigned to seven days of creative toast toppings and dirty dishes piling up, but Bob has other plans.  Namely, living like Kings with Bob's marriage minded models Shirley and Marie competing for that proposal.  The lovely ladies aren't counting on competition from Schultzy, and Charmaine isn't expecting the return of boyfriend Frank Crenshaw from six months at sea while throwing her Hail Mary to land The Boss. 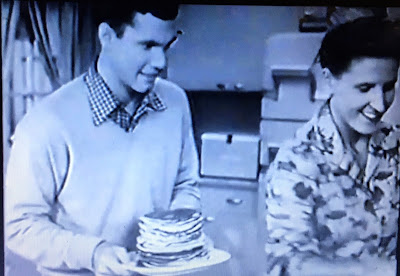 "Uncle Bob, I just hope that whatever you've got can be inherited by a nephew."

Manipulating two of his most beautiful models into cooking and cleaning, pretending to be married(!) to steer sailor Crenshaw away from one, and, with sister Margaret away, showing the benefits of hedonism to impressionable young Chuck.  No way around it: playboy Collins is in full fledged stinker mode in Bob Batches It.  And still, Bob botches it. 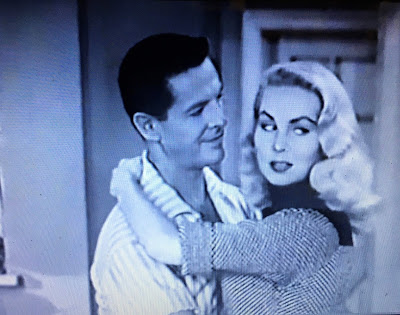 As noted on the series overview, that nice, big home and successful vocation makes Bob a Hell of a catch even to the most beautiful models.   Marie seems to have a slight edge in the household with her willingness to do housework outside the kitchen, but her culinary skills are limited to Mama's spaghetti and meatballs.  So breakfast will give Shirley the shot at an early lead, if she can keep that jealous streak under control.  The platinum blonde is more than ready to serve up pancakes (not the only set of cakes she's using to entice our shutterbug). 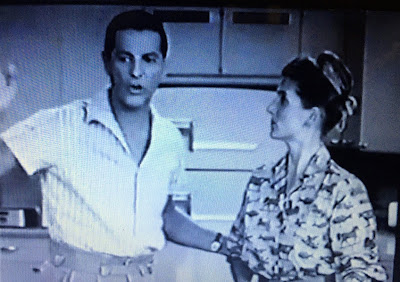 Always perceiving her SMV limitations, Schultzy seeks to display kitchen expertise to put the others to shame.  Bertha points out that sailor Crenshaw is a very solid choice, but Charmaine shoots for the moon--Bob--with Bertha's full understanding.  You can't blame her--Frankie boy has his own high hope: Shirley!  Bob may not be keen to marry the voluptuous model, but at least he's willing to pretend to if it will keep competition away. 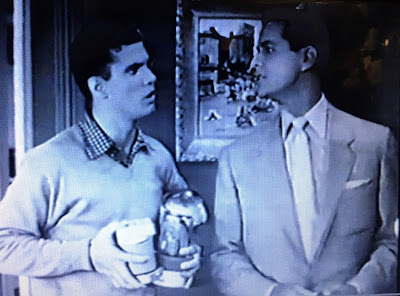 With Emmy nominee Rod Amateau having departed to take over Producer duties for McCadden's BURNS AND ALLEN, Norman Tokar (LEAVE IT TO BEAVER) successfully held down the fort in season three (through Eleven Angry Women) until Cummings took over in mid-season.  He's much better known for slower paced, more family friendly fare, but Tokar proves himself proficient at handling this risqué door slamming farce handed to him by the team of Henning, Shuken and Gordon. 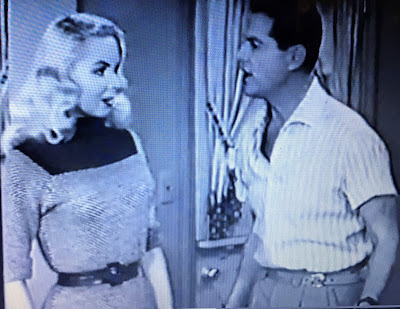 "Schultzy!  You're going to pass up a sure thing on a million to one shot?"

Schultzy wants Bob, Frank wants Shirley, and all involved are aiming high---Shirley and Marie also want the unattainable.  Chuck, meanwhile, simply wants to eat--which shouldn't be difficult.  The nephew is once again in awe of his role model.  Smooth Bob brings lovely, eager models to the Collins kitchen, but ultimately fails to provide that most basic of necessities.  Quite a comedown: it makes Uncle Bob's fallibility in The Fallen Idol pale in comparison. 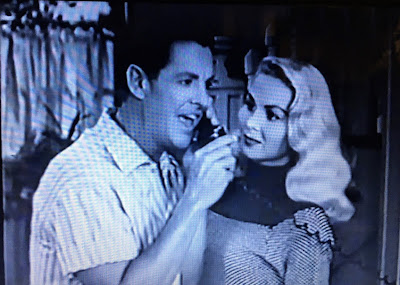 If there is a drawback to Bob Batches It, it's the pain of watching all that good food go to waste in the name of jealousy.  Margaret may not have many dirty dishes to deal with when she returns, but it appears she will have a clogged garbage disposal at some point in the near future.  There is a false moment or two--I mean, come on, Schultzy had to already know Shirley made the batter if she didn't do it herself, right?--but so many great laughs that one can't complain.  I couldn't help but wonder what Shirley's most frequent rival Collette DuBois would have come up with.  Crepes Suzette, anyone? 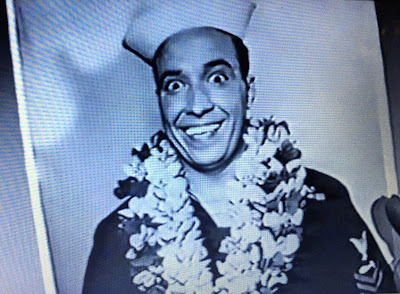 Character actor Dick Wesson popped up in all five seasons as Crenshaw, who wanted those models every bit as badly as Chuck (understandable after months away at sea!) but always found himself roped into a date with Schultzy, and Bob Batches It is no exception.  But hey, how often does Schultzy score while Bob strikes out?  Wesson soon joined the crack writing staff of LOVE THAT BOB, helping pen dozens of installments from 1957-59.  It was the start of a highly successful second career and a long association with Henning: Wesson ended up writing for 61 segments of THE BEVERLY HILLBILLIES. 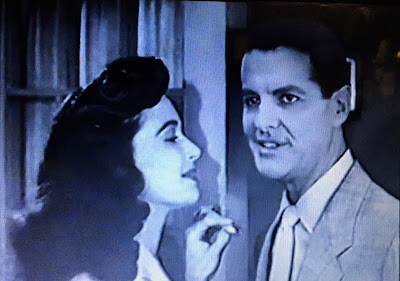 In what is almost a regular LOVE THAT BOB feature at this point, ImdB.com needs a correction.  This time Marla English (The Dominant Sex) is erroneously listed as playing Marie (she played the similarly named Marie de Paulo in that one).  Nope, it is actually Donna Martell taking over the role and returning to the series after The Silver-Tongued Orator.  She may not yet be that aforementioned housekeeper's age, but Ms. Martell is thankfully still with us at 92.    She's also your key to finding this rare segment in a YouTube search...hint, hint. 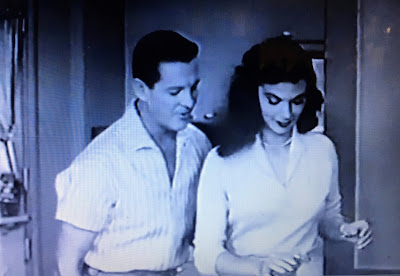 A round robin of cold water being thrown as Shirley, Marie and Schultzy all take turns exasperating each other.  Poor Chuck is denied a simple breakfast, which is possibly even more frustrating.

Overplayed your hand this time, Bobby boy.  Should have taken a cue from BOEING BOEING and had 'em come over in shifts! 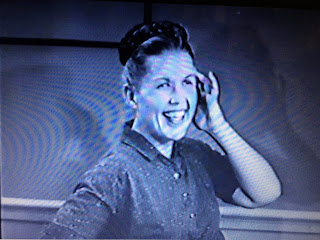 Tokar (later to direct 93 segments of LEAVE IT TO BEAVER) seems to relish the opportunity to work with the racy, hyper material that Henning, Shuken and Gordon were really adept at delivering by this third season.  Almost perfect example of what LOVE THAT BOB does best, with an extended teaser building nicely to a satisfying payoff.  (**** out of four)


Yeah, I left a strong hint within the review, but what the Hell, the YouTube link is below.  For your viewing pleasure: Bob Batches It:

I could never understand the appeal of older movies and I envy people who watch them with interest, theres just something about that kind of person.

Me though, these movies give me anxiety lol.