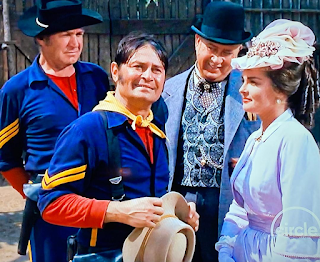 This special weekend edition couldn't wait until Friday, since I didn't want to wait that long to honor the legendary Larry Storch, who passed away at exactly 99 1/2 years old on July 8. Nope, not waiting several more days to pay tribute.  No way!  He wants his eighteen gun salute!  Corporal, for all the laughs over so many years, The Horn Section salutes you.  Now go hit Dobbs with your hat, he's been completely unsupervised up there for over a year now. 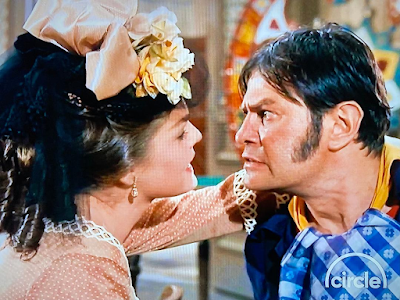 During mail call, Corporal Randolph Agarn receives his absentee ballot for the mayoral race in his hometown of Passaic, New Jersey.  Feeling that casting his "one little vote" would be a waste of time and money, Agarn laughs off suggestions that he perform his civic duty.  Meanwhile, the horse race back home between "Derby" Dan McGurney and song and dance man George C. Bragan is still tied after several recounts, with only one absentee ballot outstanding--Agarn's. 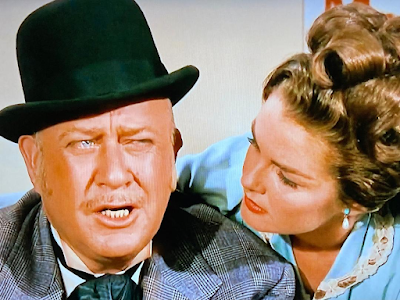 Sensing that the personal touch will secure the decisive margin, Derby Dan arrives at Fort Courage on the noon stage accompanied by his attractive niece Mindy.  Her charms appear to be working on the Corporal, until Bragan's subsequent arrival lets the cat out of the bag regarding the importance of Agarn's decision.  Sensing "the sweetest deal that we have ever run across", Sergeant O'Rourke counsels his Vice President to start a bidding war between the two candidates in exchange for Agarn's tie-breaker. 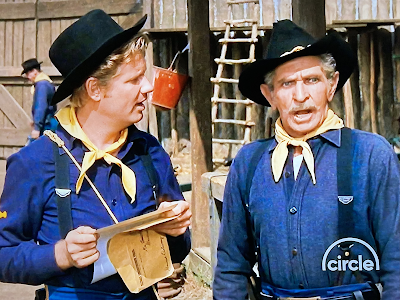 With their second (of eight) second season installments the Kalishes bring political intrigue to Fort Courage.  Agarn is an inspired choice to represent the voting public as the cigar smoking career office seeker competes with the neophyte "song and dance man" (notably named Bragan, at a time when Ronald Reagan's gubernatorial campaign was a week away from succeeding) for the serviceman's decisive tally. 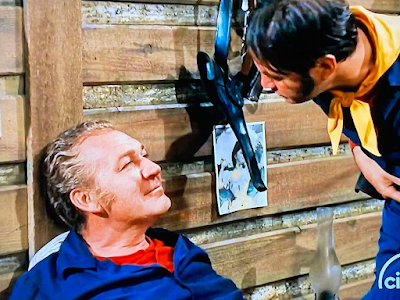 Naturally, savvy Sergeant O'Rourke is more than a match for the candidates when it comes to wheeling and dealing.  Wielding the real power behind the throne at Fort Courage makes guiding Agarn's decision right up the Sarge's alley, and he successfully sews up a sweet deal including a hundred acres of land, a Vice Mayor position for the Corporal, and government jobs for his remaining relatives in the city (which, incidentally, wasn't officially chartered until 1873--seven years after most of season two takes place per other episodes).  Hey, Passaic only had 6,000 people in 1880, so Agarn couldn't have that many kinsmen to cover. 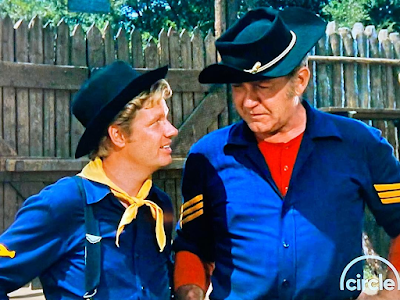 Alas, the stitches come loose thanks to the weakest link in O'Rourke Enterprises, albeit unwittingly.  Adept at inadvertently giving people ideas, Agarn's consolation prize results in a rather costly one for the election's loser.  Maybe that's why they say he's so dumb! 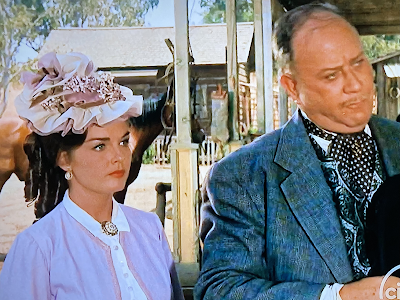 It isn't much of a surprise that the ever-villainous Tol Avery is presented as the greater of two evils in this contest.  Derby Dan considers election fraud in the teaser, but temporarily takes the high road.  Once he ends up second best in negotiations, he resorts to blackmail.  Bragan relies on a more charming personality without the hardball, but his negotiating shows he's picked up on the practicalities of politics. 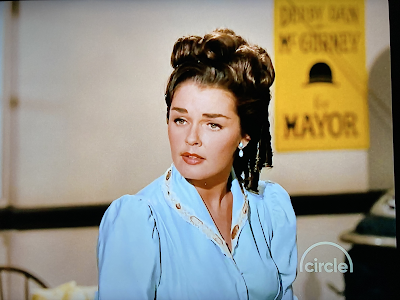 Nearing the end of her career, former Disney child star Luana Patten is another eclectic guest star for F TROOP as Derby Dan's opportunistic niece.  Agarn's infatuation with Mindy indicates that Betty Lou is well out of the picture, which begs the question: who did Agarn's ex vote for?


NUMBER OF TIMES O'ROURKE COULD HAVE BEEN CHARGED WITH TREASON:

Once, though not for any specific actions during this installment.  Derby Dan McGurney stumbled onto the general knowledge that O'Rourke and Agarn were consorting with the enemy in their business dealings, using the threat of exposure for bidding leverage.  Fortunately for them and O'Rourke Enterprises, the shrewd career politician didn't learn about their saloon ownership.  Speaking of.... 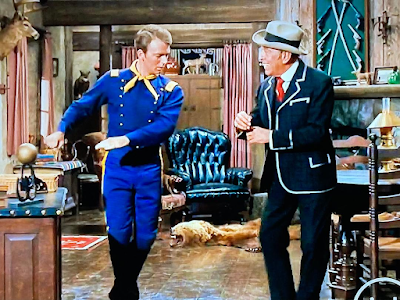 They might have been foiled in their efforts to secure a hundred acres of land and a Vice Mayor position to go with Agarn's Vice Presidency of the Enterprises, but our non-coms do benefit from McGurney's desire to have a premature celebration as he throws a big party at their saloon on "election day". 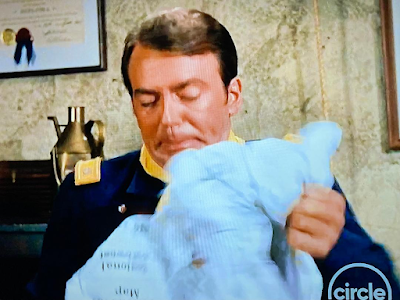 Chief Wild Eagle certainly gets his shots in, surmising that voting means "taking land from the Indians" when O'Rourke calls it one of the processes of American democracy.  Crazy Cat is intrigued, thinking that voting is better than Wild Eagle's declaration that the position of Chief "should be handed down from father to son!".

Nagging Question: Based on what we learned in The Return of Bald Eagle, wouldn't that make this man Wild Eagle's eventual successor? 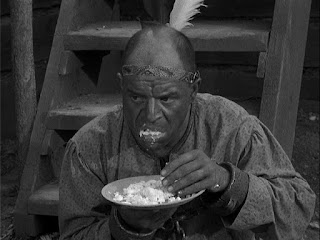 The resolution here is a bit rushed (little far-fetched too--it's an absentee ballot, what Election Day?) but the maneuvering in The Ballot of Corporal Agarn is top notch, allowing Storch another opportunity to really shine in his Emmy nominated season.  Seemingly every successful sixties sitcom had to tackle the topic, and F TROOP does it as well as any of them.  (***1/2 out of four)


We will pay further tribute to Larry Storch later this month.  R.I.P. to a genuinely great American.

Lest we forget, Lew Parker would land a gig of his own not long after this episode, acting opposite Marlo Thomas in "That Girl".

I have an obit for Larry Storch up at Land of Whatever, and a Tennessee Tuxedo short at Saturday Morning Archives (Larry was Mr. Whoopee). Check 'em when ya get a minute.

Hi, John. Still reading your blog three times a week! Real life has intruded on my blogging this month but hope to be back in the saddle shortly.