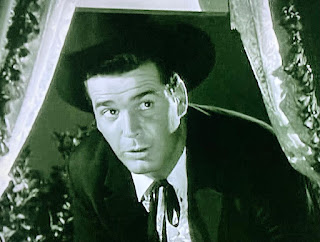 When his three Kings bests Big Coley's trip Queens during an impromptu poker game while their stagecoach is delayed, Bret Maverick finds himself the owner of "three thousand head" in lieu of the considerable cash he's just taken from Coley.  As was the case in Relic of Fort Tejon, Bret has misunderstood the loser: upon arriving at his new ranch, he finds himself the proud owner of 3,000 sheep, not cattle. 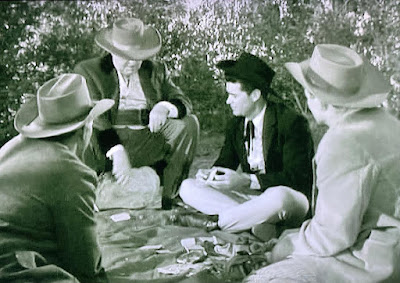 And since Bret's new spread is right in the heart of cattle country, he finds himself inheriting a range war to go with the acreage.  The cattlemen, headed by Scott, are hankering to meet up with this "new owner Maverick", so Bret alertly introduces himself as Gordon W. Howitzer, range inspector from Washington, D.C.  Scott is immediately suspicious of this "federal man" who smells of sheep, but "Gordon" makes a needed ally in the richest owner of the bunch--Ms. Cooper.  Since she's Scott's intended, Howitzer has his wary eye at all times but reinforces the bond by treating the tomboyish Dee like a lady. 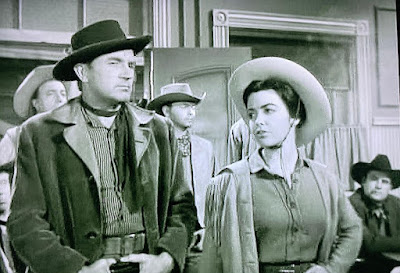 A Flock of Trouble is easily the best of three teleplays from the team of Ron Bishop and Wells Root (The  Maverick Line).  Lifting the premise from THE SHEEPMAN and working from a story by F TROOP co-creator Jim Barnett, the duo strikes the right balance this time, as Bret Maverick again winning a poker prize that might well be more Trouble than it's worth.  After belatedly realizing he's been sold a bill of goods, Bret deftly charms the one cattle owner who can save his neck by reading her correctly: underneath that tomboy is a beautiful young woman eager to let her feminine side shine. 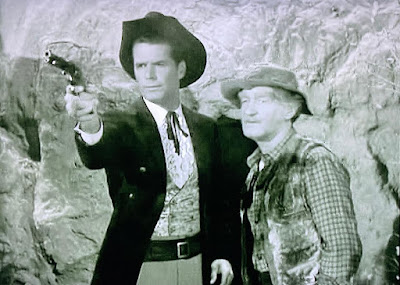 Dee's no-nonsense if not tough exterior (instilled by her father, who wanted a boy) melts considerably once Bret charms her with poetry and a dress, but Maverick's charm only hardens Verne Scott's deep distrust.  No points for figuring that Scott has an ulterior motive to "merge" with Cooper's considerable spread, but despite this predictable twist A Flock of Trouble stays lean and amusing throughout. 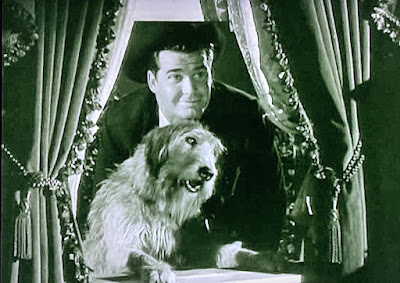 As in the aforementioned Relic of Fort Tejon, Bret gets to deal with a scene stealing animal--in this case, a sheepdog named Heather.  In fact, the funniest scene involves Bret sweating being outed by the adoring canine in a cantina full of disapproving cattlemen. 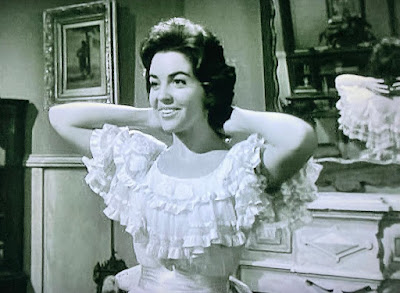 The unfortunately unsung Myrna Fahey was usually relegated to bland "good girl" roles and barely more than a bit player in Duel at Sundown.  She got her best MAVERICK role here and made the most of it, looking revelatory in her new dress.  Dee might seem a little too willing to buy Howitzer's line, but one can see how she'd crave the gentlemanly attention to that point: intended Wallace is too cold (basically treating her like one of the boys) and everyone else is way too intimidated by him to provide any competition. 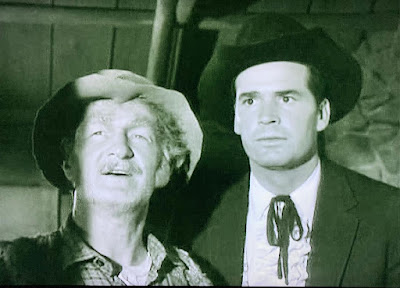 Director Arthur Lubin loomed largest in season three, with 9 of his 11 episodes coming in this batch. Originally airing on Valentine's Day, A Flock of Trouble doesn't quite reach the heights of his classic Maverick and Juliet (arguably the season's very best) but is a vast improvement for director and writers from their prior collaboration, the too-silly Cats of Paradise.   With "Seward's Folly" in Alaska figuring prominently in the plot, this one almost certainly takes place in 1867. 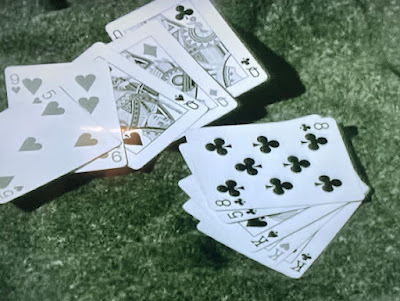 What should have been a hefty win ended up being muted by a typical Maverick misunderstanding on property taken in lieu of cash. Still, Bret's ending net was roughly $500, since he was into the game for $1,000 by his own estimate, and he received $1,500 for his 3,000 head of sheep.  Far short of his anticipated $36,000 windfall, and took a considerable amount of grief to get, but as any poker player understands, a profit is a profit.

"Lightning can strike twice in the same place."  This was the Wise One's initial reaction to the birth of son Bart, according to Bret. 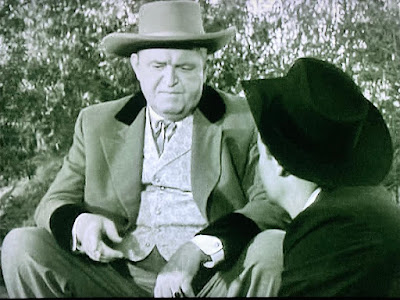 A pretty lady gets Bret in a bit of trouble with a corrupt insider, after Bret fails to vet a poker foe's substitution for a lost stake.  I know, stop me if you've heard it.  But isn't that everything one expects from MAVERICK?  Delivered in a tight script from Bishop, Root and Barnett, A Flock of Trouble would make a solid addition to any season.  Not quite top tier but not too far from it, with lots of amusement if few surprises and a choice role for an overlooked starlet who died way too young (Fahey was 40 when she passed away in 1973).  (***1/2 out of four)

Ahem. It's been a month.