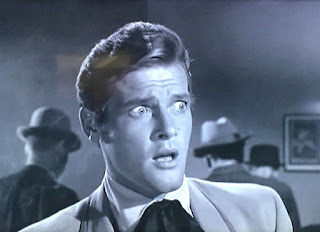 After being thrown off an Army post by Colonel Summers for gambling with the soldiers (mostly for winning) Cousin Beau Maverick finds himself under attack by Indians.  Rescued by the Colonel and taken into protective custody, Beau finds he won't be taking that trip to St. Louis after all.  Instead, he'll be accompanying the cavalrymen to Dakota City. 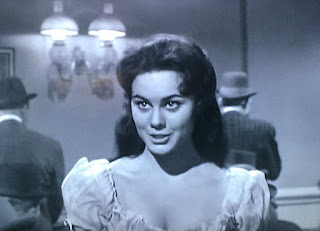 "I was there last year!  There's not a poker game in town!"

Despite Maverick's protests, it is better than 90 days in the guardhouse for his prior offense.  So Beau has to settle for games by campfire with the enlisted men until he learns the Colonel's real purpose for bringing him along.  A civilian is needed to infiltrate the titular Irishmen during their First Annual "Sons of the Shamrock" convention, which is really a ruse for their real plans: taking over Canadian land in order to force Ireland's independence from England.  When "O'Maverick" spots a poker game full of sons of the old sod, he warms to the assignment.  But the stakes are higher than Beau realizes: discovery as a spy would put the English cousin in front of a firing squad. 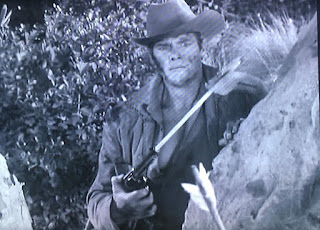 The fourth MAVERICK season is the show's most inconsistent, with most of the show's best writers having departed along with star James Garner.  Fortunately Robert Vincent Wright (Greenbacks, Unlimited) was still around, and he penned this bit of blarney inspired by the Irish revolutionaries who really did plot to invade Canada to win Irish independence in the late 1860's.  The Bold Fenian Men was originally intended for brother Bart, but Jack Kelly's hand injury forced him out of action temporarily and sent this story to Moore.  The casting change actually works to this episode's advantage: Beau being sent to infiltrate the Fenians with his "slight English accent" adds a little extra spice to the proceedings. 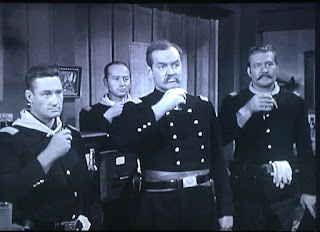 "A toast...to one of the bravest men I've ever known!"

Wright provides the gamut of humor, throwing in droll whimsy ("They're fightin' him one at a time!") and topical lines now lost to time ("I've got no time for Sergeants!") to go with the Irish stereotypes.  Director Moore gives star Moore plenty of opportunities for subtle, wordless asides (my favorite follows the Colonel's line above--referencing Maverick!) and some of the future SAINT's cheekiest moments as a Maverick.  Beau mansplaining the finer points of seduction to Diedre and thwarting attempts to inebriate him provide two of the episode's highlights. 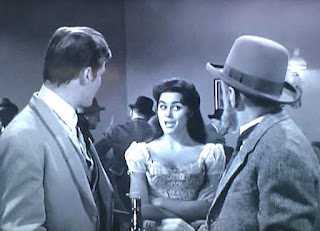 But unfortunately, a deft touch isn't maintained for the segment's entirety.  Beau barking out commands to the shifty Sergeant Hanson during their fistfight is more F TROOP than MAVERICK, and what should be the episode's highlight--Beau's impudence in the face of a firing squad that he (wrongly) believes can't harm him--is dulled when Moore oversells the swoon at the conclusion.  Too bad: the buildup is very amusing and well paced. 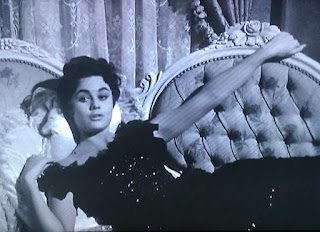 Sixteen year old Sharon Hugueny has a predictably inconsistent Irish accent, but is fine otherwise.  She would return opposite Jack Kelly in The Devil's Necklace.  Hugueny's career was interrupted by an ill-fated marriage to thirty-one year old Robert Evans the following year, and the starlet never regained her early momentum.  She's more than charming enough here to make one wonder what might have been.  The forever gruff Arch Johnson (Royal Four Flush) is in fine no-nonsense form as Summers.  The Colonel knows enough to hedge his espionage bets, but misses some key spot checks right under his nose.  Among the few male civilians is the always welcome Herb Vigran (The Golden Fleecing) amusingly wincin' o'plenty at the Emerald invasion of his hotel. 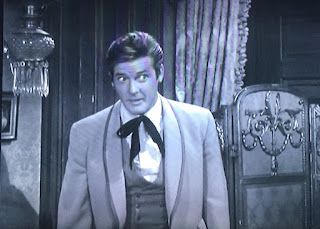 "According to military protocol, Mr. Maverick, do you have any last requests?"
"Yes.  Don't shoot."

While the James Garner comparisons aren't fair--Roger Moore had the misfortune to join the MAVERICK family after most of the good scripts had gone--they're unavoidable.  Nevertheless, when Beau was given one of those "always hopeless, but never serious" situations, Moore delivered capably, if not quite as smoothly as Garner or Kelly.  A mostly lighthearted farce grounded by its basis in historical fact, with Wright giving us one last actuality at the conclusion (the real life Fenians did indeed try multiple invasions of the Great White North), The Bold Fenian Men ends up as a highlight of both Moore's tenure and the disappointing fourth season.  Even if a little bit o' Irish music goes a long way for ya. 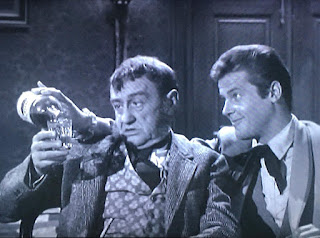 HOW DID BEAU DO AT POKER?

After doing well enough to be banished from the post, Beau seemed to be continuing his winning ways with the limited stakes available while the soldiers were camped out.  This despite the Sergeant's marked deck of cards.  Pastures appeared much greener with the whiskey-soaked Irishmen in Dakota City, but complications from Beau's mission kept his table hours there minimal.

None this time.  Just as well, frankly, since the Pappyisms always sounded awkward when turned into Uncleisms. 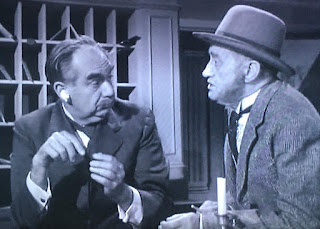 The Fenian invasion was a subject that producer Coles Trapnell long thought to be fertile ground for a MAVERICK, and the execution is more often than not satisfying.  Significantly superior to the similarly themed Trooper Maverick.  Moore was too often let down by teleplays during his brief tenure as Cousin Beau, but in The Bold Fenian Men Wright gives the actor the kind of material he'd expected from what was likely television's best-written show just two years earlier.  Not quite a top-grade installment, but more memorable than most that aired during the too-often misguided fourth season.  (*** out of four)


MAVERICK airs every Saturday morning at 9 A.M. Central Time on MeTV, and weekdays at 3:10 P.M. Central on Encore Westerns Channel.