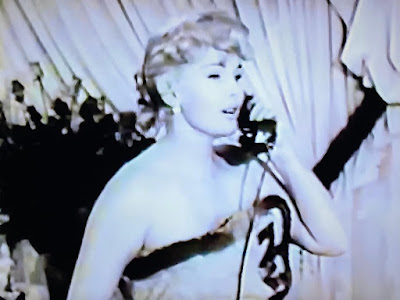 INTRODUCTION to the LOVE THAT BOB/THE BOB CUMMINGS SHOW episode guide at this link.

To the amazement of his family, Bob Collins turns down an opportunity to fly back home to Joplin and judge the five finalists in the Miss Schifferdecker Park contest.   The astonishment subsides when Schultzy spills the beans on Bob's real reason: a chance to photograph (and of course, romance) the former Miss Hungary, Zsa Zsa Gabor.

"All right you finalists, I'm ready--so show me what you got there!" 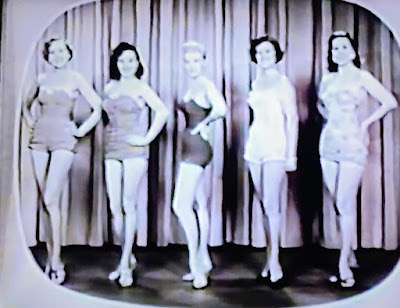 To take his place, Bobby Boy persuades Joplin's own pioneering photographer, Joshua W. Collins.  The winner already has a lifeguard fiancee, but Grandpa's girlfriend Dixie Yates--winner of the same pageant fifty years earlier--is still troubled.  She takes the opportunity to remind Grandpa that she's been waiting a half century for his proposal, and mistakenly thinks she has it.  Grandpa's "engagement" results in a bigger misunderstanding on the West Coast--Margaret not only thinks it is real, but that it is to the newly crowned Miss Schifferdecker Park! 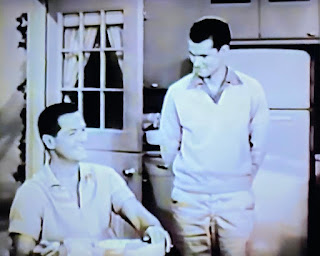 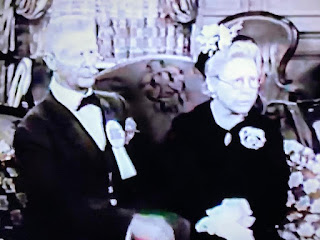 Bob's eschewing of the nubile lovelies is only the beginning of a third season opener than repeatedly emphasizes the value of maturity.  Grandpa ultimately travels to California with the 1906 Miss Schifferdecker Park instead of one of the reigning contenders.  The current titleholder's real fiance is a muscular bodyguard her own age who--despite being twenty years younger and ripped--appears to get the worst of a brief scuffle with fortyish but fit Bob.  Finally, Grandpa Collins gets the titular opportunity with Ms. Gabor that Bob lost in his trip to Missouri--and promptly knocks it out of the park judging by Zsa Zsa's reaction.  Forget "age before beauty": in Grandpa Meets Zsa Zsa they are one and the same. 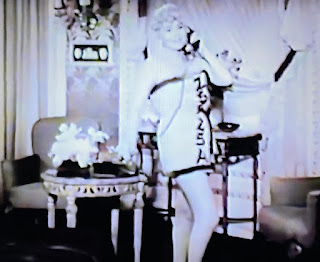 ZSA ZSA: "Missouri?  Is that the state where they show me?"

BOB: "I don't think there's anything they could show you!" 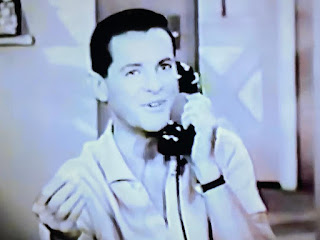 Much of the fun in Grandpa Meets Zsa Zsa comes from watching our hero charm the titular beauty via telephone--Gabor gives as good as she gets (some clever dialogue throughout this season premiere) and makes one wish for a sequel in which this clash of the titans could be consummated, so to speak.  Alas, the title doesn't belie and this would be Gabor's lone LOVE THAT BOB.  Too bad, since the verbal volleys really deliver. 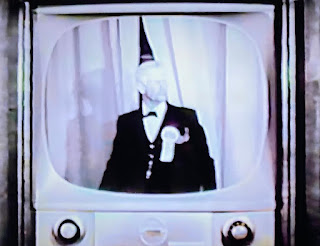 The premise of Grandpa Meets Zsa Zsa was almost certainly inspired by one of the star's real life adventures in 1954.  Cummings Sr. was asked to co-judge a beauty contest but had a scheduling conflict, sending the seven year old junior Cummings to replace him as a gag.  Bob Jr. selected Trudy Wroe as his choice, and the aspiring actress ended up playing a model on LOVE THAT BOB's first episode, Calling Doctor Baxter. 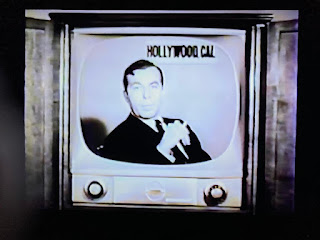 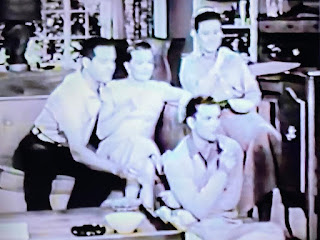 This third season opener was the series sendoff for Emmy nominated director Amateau (THE SENIORS), whose stellar second season work brought him a promotion to producer/director for the final two seasons of BURNS AND ALLEN.  Amateau's association with the Burns family continued beyond that series; he married George and Gracie's daughter Sandra in 1959. Grandpa Meets Zsa Zsa was also the final LOVE THAT BOB for beauty queen Wroe, who left acting in 1959 to marry fellow thespian Don Durant. 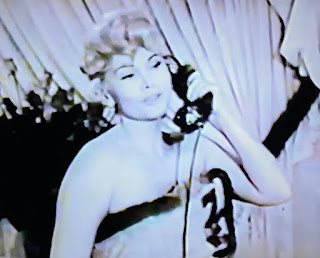 And yes, like so many other references to Cummings' hometown of Joplin, Schifferdecker Park is real, the result of Charles Schifferdecker's 30 acre grant to the city in 1913.  It has changed addresses a few times, but is still in existence some 65 years after the city's favorite son gave it a spotlight on national television.   It apparently didn't exist yet in 1906, so either Dixie has the year of her triumph wrong or was having a senior moment.

Bob has only his grandfather's confusing explanation to Chuck keeping him from his Hungarian beauty.

Not onscreen, but he does appear to be set up better than ever with Zsa Zsa if he can just get back from Joplin before she leaves the studio.  In keeping with this episode's theme, though, Grandpa gets kisses from beauty queens spanning the decades and countries (lest we forget, Ms. Gabor was Miss Hungary 1936) while The King comes up empty.

"When they get together, could I sell tickets!"  Schultzy isn't wrong.  An attention getting season opener chock full of witty lines, Grandpa Meets Zsa Zsa sends Amateau off on a high note and kicks off arguably the show's finest batch of episodes.  Some of the misunderstandings are a bit strained--a girl's best friend is not a dog, it's diamonds!  (Come on Grandpa!)  But for the most part, the dialogue really scores.  (*** out of four)

Courtesy of The Allison Hayes Channel on YouTube, here's Grandpa Meets Zsa Zsa for your viewing pleasure (you'll have to go to YouTube to watch it though):