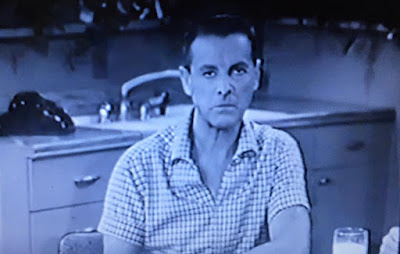 
Overview to the BOB CUMMINGS SHOW/LOVE THAT BOB episode guide is at this link. 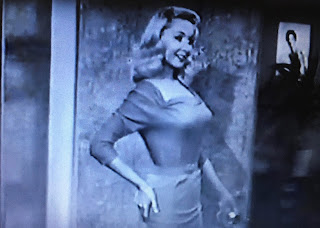 Fat chance Chuck has of convincing his Uncle Bob to go on a fishing trip next weekend.  The Biltmore in Palm Springs is hosting a fashion show with twenty-five of Hollywood's most beautiful ladies on the runway in "everything from evening gowns to bikinis".  Naturally the go-to girls for Bob Collins shoots will be there, but Bob has promised his down time to his special lady.  Well, make that ladies: Shirley, Marie and Collette all received the same promise the prior evening, and Bob kept making the rounds well after that trifecta of speed dating. 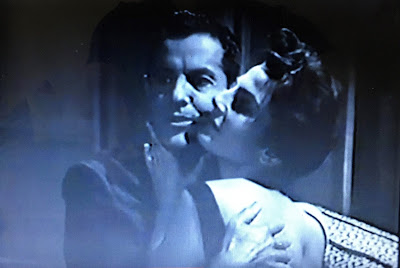 "Last night's web: The Wildflower, The Ambassador and The Thief."

Unfortunately, in doing so the lascivious lensman overplayed his hand, ending up with a studio full of piqued posers who finally rebel against his playboy ways and organize the D.D.T.: Don't Date the Two-Timer.  Staying footloose and fancy free in Palm Springs is now the least of Collins' worries.  Needing the homegrown harem restored, Bob zooms in on the firewall's weakest link before setting sail for the Sonora. 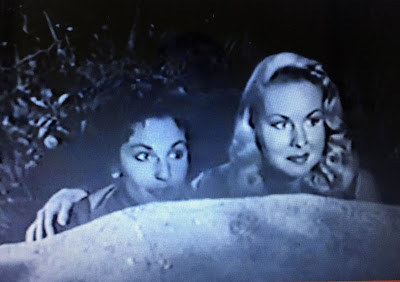 "Well, I have yet to catch anything in the desert with a hook and line."
"Not with a hook, maybe, but your line..."

The Models Revolt was Cummings' second outing behind the camera after taking the reins from Norman Tokar midway through the third season.  The star would become a top-notch (and IMO Emmy worthy) director by season's end, but The Models Revolt shows there was a learning curve before Bob blossomed in the chair.  He's a little self-indulgent in the opener, as Collins tries to get the family to persuade him to take the time off in the "dry climate" his cold requires. 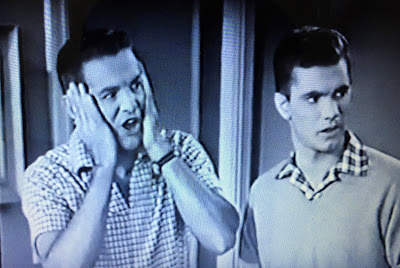 Director Cummings allows star Cummings to display his "symptoms" often enough to stretch this scene out to nearly nine minutes.  He would quickly become more ruthless in the editing room, but the stretch marks show here, stalling the show's usual momentum for the first third.  At least this is lampshaded by having Chuck and Margaret speak out loud of Uncle Bob's hamminess.  Despite some great lines, one key question goes unasked: if Collins has a cold, why was he out literally all night? 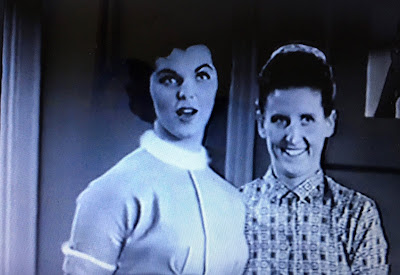 Once the plot finally starts thickening, we start the racing to the finish line, and Cummings is already a pro with the camera placement.  The director provides some expert sight gags during The King's make-out sessions, for which rigid timing is ironically required.   Every wink and leer is milked for full effect as the silver-tongued shutterbug weaves his tangled web in multiple locations.  Of course, Bobby Boy saves venerable Mulholland Drive for the midnight moonlight. 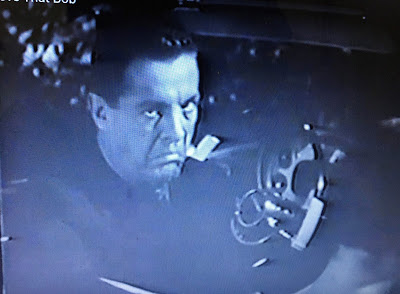 Change was also afoot in the writing staff, as actor Dick Wesson (Bob Batches It) joined the team of Shuken, Henning and Gordon for what would prove to be a highly successful second career.  Wesson would not only prove to be a permanent addition to the CUMMINGS team (co-writing over 50 of the show's remaining scripts) but to the Henning team as well, with 61 BEVERLY HILLBILLIES installments to his credit.  The scribes must have had some fun with the infusion.  Listen closely for one of those patented Henning in-jokes about Rosemary deCamp's DEATH VALLEY DAYS side hustle near the 6:15 mark.  Quick reference point for the young'uns follows:

Lita Milan (The Dominant Sex) takes over the role of Marie de Paulo from Donna Martell.   Third different model was the charm for Milan after playing two different models previously; she returned to this role in Bob Saves Dr. Chuck.


The unnamed blonde model who was apparently Bob's fourth date the previous night is an uncredited Margie Tenney, who has no lines, but nevertheless gets about ten attention grabbing seconds.  Joan Garris and Carole Conn also appeared with Tenney, Lansing and Gaye in newspaper publicity photos, but not in the episode itself.  Apparently that scene in the studio got some last-minute rewrites. 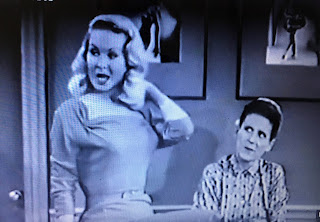 Of course, Lisa Gaye and Joi Lansing were the MVM's of the show throughout its run, probably providing the 1950's equivalent of the "Ginger or Mary Ann" question.  Predictably, neither disappoints.  This was the first time either was directed by the show's star; years later Gaye stated Cummings was the best director she ever worked with. 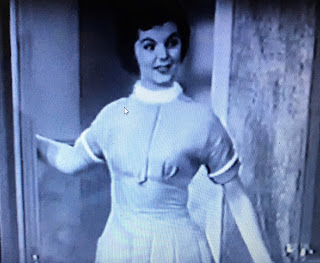 Cummings and Wesson would both settle into their new roles quickly, but The Models Revolt is a tad more ragged than most LOVE THAT BOB segments that followed.  It still has a lot of laughs, with Bob's harangue in the living room about the D.D.T. arguably even funnier than the flowery flattery that preceded it.

Only the models themselves once they realized the deception.  Hence, the title. 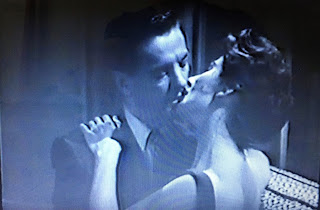 The time limitations make it unlikely he got very far on the basepaths, but we have visual evidence of him getting to first base three times before midnight, with another plate appearance at 2 A.M.  The OBP is outstanding, but the OPS probably suffers from Bob's lack of focus this time.  He also jeopardizes his chances for the immediate future.  Sometimes less is more Bob! 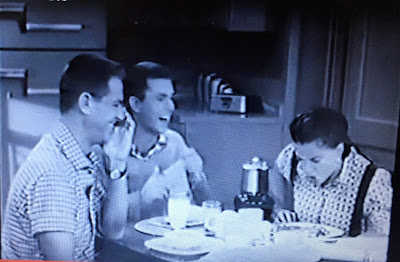 Directed by Cummings alone, the second of his 92 episodes behind the camera.  And Phil Shuken, not Bill Manhoff, co-wrote with Henning, Wesson and Gordon.  Neither Rod Amateau nor Manhoff had any involvement with LOVE THAT BOB after the second season, with the former moving to THE BURNS AND ALLEN SHOW. 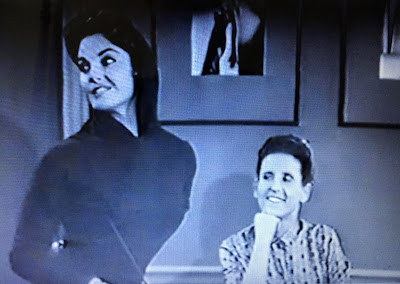 Lots of laughs provided, but not as brisk as the top tier tangles.  Perhaps The Models Revolt suffers a bit from too many behind-the-scenes changes at once.  Still highly amusing once the adrenaline kicks in at the one-thirds mark.  A weak three star or a strong two and a half.  I went back and forth on it, but eventually, Bob's hilariously cheesy lines pushed it to.... (*** out of four)

If you'd like to check out The Models Revolt for yourself: