It’s a faithful adaptation (by the author and her husband) of Joan Didion’s novel, named as one of the top 100 novels of all time by TIME magazine. It stars the iconic Tuesday Weld in a Golden Globe-nominated performance and re-teams her with her co-star in arguably her most famous vehicle, PRETTY POISON. It is directed by Frank Perry, who gave us THE SWIMMER, another cult classic about an affluent person’s descent into mental illness.

And not only is this film not on DVD yet, it has never been released on home video in any form, extremely surprising for a film with all this talent both in front of and behind the camera. It has, however, turned up on the Sundance Channel and On Demand in recent months, so perhaps it is finally being rediscovered after 35 years. 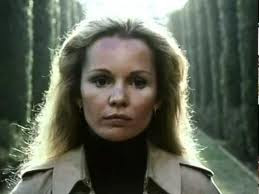 Weld's Maria Wyeth tells us in the opening scene that she "tries to live in the now" and isn't fond of many people, and we quickly find out she isn't kidding. In an era with many character studies of cultural misfits, Weld is every bit as alienated as Jack Nicholson was in FIVE EASY PIECES, but unlike Nicholson’s Bobby Dupea, she doesn't lash out verbally or physically at people. Instead she fires her gun at inanimate objects on and off the firing range, drives very fast on freeways and more dangerous terrain, has affairs, and eventually shuns almost everyone. She is a former star of drive-in fare who retired after marriage to Roarke (her former director) and tells us her story from inside a sanitarium.  What drove her there?  Her unhappy marriage? Her inability to reach her autistic daughter? A pregnancy (and subsequent abortion) from an affair? Or all of the above? 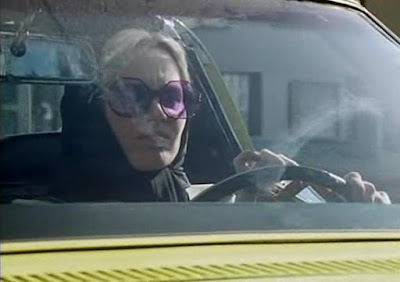 Weld’s only true friend is Perkins, closeted husband to Tammy Grimes (she personifies the shallow Hollywood lifestyle Weld has come to despise). In their scenes together Weld and Perkins display the same great chemistry they had in PRETTY POISON. Perkins underplays nicely, wistfully; he’s just the way you’d picture someone who has to endure a sham marriage (and listening to Grimes). 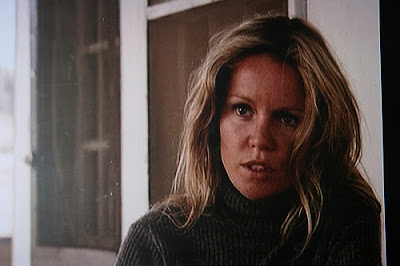 Tuesday Weld was Frank Perry's only choice to play Maria, and she gives a rich performance free of histrionics, perfectly conveying the stunning beauty who is puzzlingly (to everyone but Perkins) isolated. It might be a half-notch below her work in the aforementioned POISON and LORD LOVE A DUCK but she's still award worthy. While she made her name playing characters who desired fame and riches, Tuesday Weld quietly exited the Hollywood fast track the same way Maria Wyeth withdrew from life. She was quoted as saying "I do not ever want to be a huge star" and did her best to ensure that, turning down key roles in BONNIE AND CLYDE, BOB & CAROL & TED & ALICE, ROSEMARY'S BABY, CACTUS FLOWER and Polanski's MACBETH during the late 1960's and early 1970's. 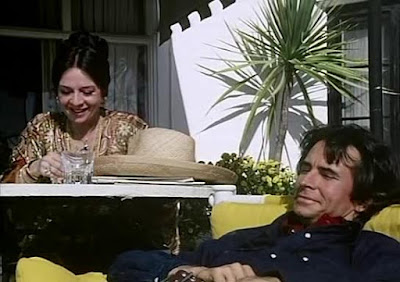 Although Tuesday Weld was only 29 when this film was released, it remains the last time she's been top billed in a feature to date. It's been all supporting parts in features since (though she did have a decade of TV movie leads) but she did finally receive an Oscar nomination five years later for best supporting actress in LOOKING FOR MR. GOODBAR.

As remarkable as Joan Didion's novel was, it was also very depressing and didn’t come across as the most filmable book in the world. This is probably the best possible adaptation, owing much to the vivid performances of the two leads. However, the film is fragmented by design, and while Perry makes good use of his locations (L.A. highways, Las Vegas and the desert in between) he isn’t able to inject this choppy material with the same fluidity and sense of foreboding that he brought to LAST SUMMER and THE SWIMMER.

It ain't fun to watch, let’s put it that way. It’s about as much fun as I NEVER PROMISED YOU A ROSE GARDEN. Also doesn’t have the zing of the other cult films previously named by the actors and director.

Though Weld remains a quintessential cult actress, she's been out of the public eye for over a decade now; only two credits in minor roles since 1996's FEELING MINNESOTA. It took a long time just to get PRETTY POISON on DVD, even. 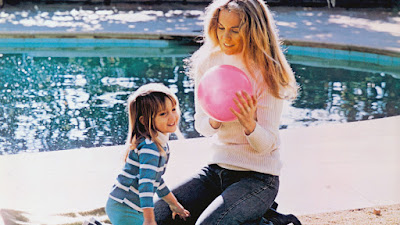 
It is one more reminder of the remarkable talents of Weld and Perkins, both somewhat underrated actors despite their numerous award nominations. Hollywood never really figured out what to do with Perkins’ unique talents. Turning her back on potential superstardom, Weld instead left us with a quartet of still-interesting cult items from 1966 to 1972. PLAY IT AS IT LAYS could complete a great Weld boxed set, especially in combination with A SAFE PLACE (1971) which is also still unavailable on DVD.

Out of nowhere, there’s a weird cameo by Chuck McCann as an abortionist!  Okay, so maybe that isn’t quite enough by itself to warrant a DVD release, but it comes close.

This is Tuesday Weld's best leading role that isn't on DVD yet, and hell, even the aforementioned I NEVER PROMISED YOU A ROSE GARDEN is out on DVD, so....as stated in the film, why not?
Posted by Hal at 1:44 PM


thank you very much for this