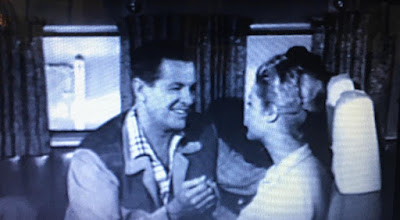 It's National Secretaries Week, complete with a convention in Reno that Schultzy, Bertha and Pamela all plan to attend.  That is, once they convince Colonel Collins to fly them.  A fat chance that turns into a foregone conclusion once the shutterbug sees the morning newspaper. 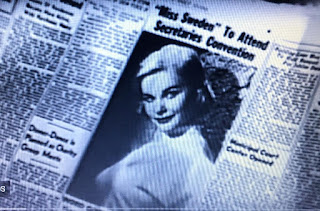 Schultzy has invited 1956's Miss Sweden along on the flight as well, and our amorous aviator invites the convention's special guest to join him in the cockpit.  Loverboy Bob is undeterred by her (apparent) inability to speak English and his failure to locate a translator at the air base.  But a larger, younger obstacle awaits in the biggest little city in the world: Gordon Scott, the movies' newest Tarzan. 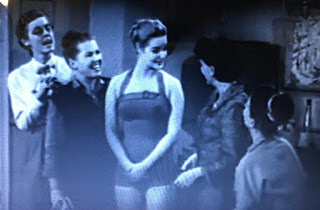 "You know, you'd be perfect for my husband.  You're just the type that he likes."

With those words in a Los Angeles department store from Mary Cummings (wife of Bob), titular beauty Ingrid Goude was cast as herself for what would become a two year recurring role on LOVE THAT BOB.  The first result of that chance meeting was the aptly titled Bob Meets Miss Sweden.
At this early stage Goude's accent is hard to understand at times and she has only a handful of lines in English, but the clever script gets consistent laughs out of this language barrier.  It's just one of the blockades facing our playboy this installment, however. Having a quartet of chaperones (co-conspirator Margaret joins the secretaries on the flight) looks daunting, but only to Bob.  Even Schultzy largely steps aside, knowing that the 1956 Miss Universe finalist (third) is already wise to her boss' ways.  She's more interested in the hunky Scott, who gives a show's female fans more eye candy in his swimming trunks than the males will get from Ms. Goude's one piece bathing suit.  (Dammit!) 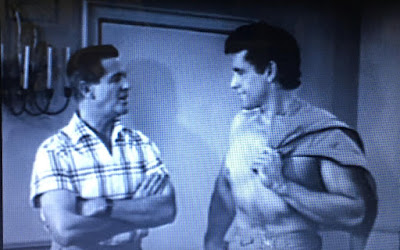 Another inspired idea was getting both Freeman and Kulp co-conspiring with usual suspects Davis and de Camp, a rare treat that would only be repeated once (Collins the Crooner).  All four are on board, en route for the entire first act, and Bob's kisses for "good luck" (Richard Dawson must have taken note) provide one of the biggest belly laughs.  We all know Bob's reason for this set-up, and can safely guess that it won't go according to his plan. 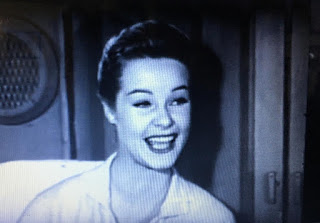 After an airborne first act, we settle in the famed divorce capital for the second, as a game but hopelessly outnumbered Collins struggles to get Miss Goude alone at the swimming pool, Lake Tahoe, or anywhere that he might have a chance to put his well-honed sales pitch over.  Alas, Bob is unable to shake the quartet of duennas here, and for half a dozen installments over the 1957-58 season Goude remains that one unattainable for "The King". 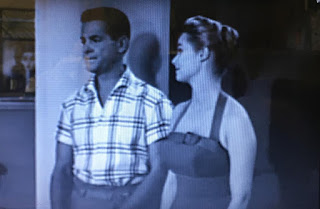 But the business-savvy Mrs. Cummings (who handled the star's, um, affairs until their acrimonious divorce in 1970) was proven correct: Goude was an inspired addition to LOVE THAT BOB.  The limited but poised beauty queen gets several laughs in her debut, and director Bob again proves his talent for working with novice actors.  Goude's English improved and she was given much more to do in subsequent installments (i.e. Bob Wins the Olympics) but as mentioned above, Collins never did make that to-do list.  He just had to settle for Shirley Swanson and Collette duBois, poor guy.... 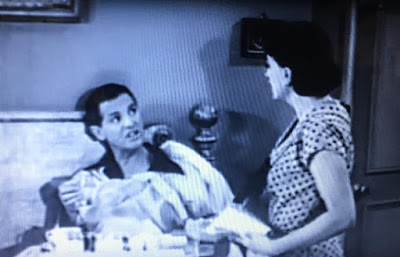 Gordon Scott doesn't get the girl either, but he does get a special plug from announcer Bill Baldwin for his sophomore effort as Tarzan over the closing credits.  TARZAN AND THE LOST SAFARI was released the same month that Bob Meets Miss Sweden premiered, the first color film of that venerable series.  The 6'3", 218 lb. Scott would remain in the role for four additional films through 1960. 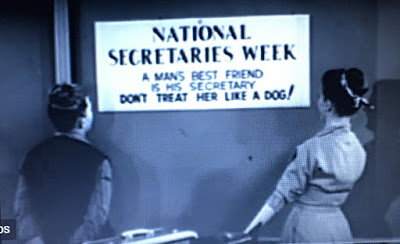 Getting extended time in the air and in Reno gives the festivities a solid shot in the arm, and if the conclusion was crystal clear in the opening minutes (Ingrid learned about "wolves" on her first day in America), Cummings helms a journey to it that flies as dependably as his Beechcraft. 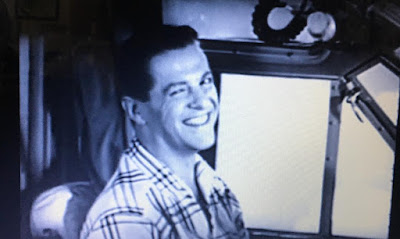 It isn't often we say this, but it's Bob!  He's blocking Gordon Scott from his scheduled date, gaslighting not only him but the Colonel's fellow Airmen stationed in Reno as well.  Shame on you, Bob.  Your comeuppance is deserved this time, pal. 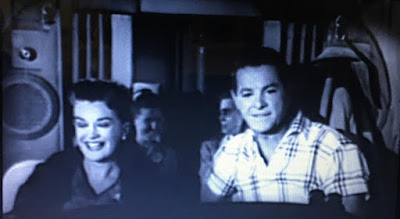 Nope, not unless he lowered his sights and went after Pamela or Bertha, which ain't likely. 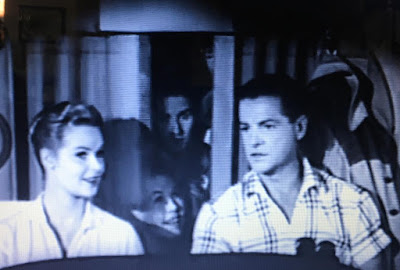 Goude gets several laughs in her debut, and director Cummings is once again aces while working with inexperienced actors.  For my money, the best creative combination of LOVE THAT BOB's run consisted of the star directing scripts by the Henning/Gordon/Wesson trio (with Shuken pitching in occasionally) and this combination would be largely undisturbed for the next forty segments--IMO, the show's peak.  Kulp and Freeman are always welcome, and the inspired heights of the airway are sustained once we're grounded in Reno.  Sharp one-liners abound.  Great fun. (***1/2 out of four)

Want to see Bob Meets Miss Sweden for yourself?  Here's the link: