Some LOVE for THAT BOB on his 100th Birthday 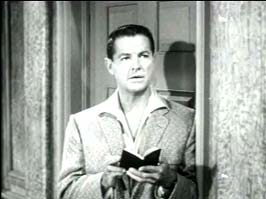 "Why the Hell did my reruns disappear?

Today would have been the 100th birthday for actor Bob Cummings, known as a film star during the 1940's and 1950's but primarily remembered today for television's LOVE THAT BOB (1955-59).


LOVE THAT BOB (a.k.a. THE BOB CUMMINGS SHOW) was TV's first sex comedy, about a man taking Hugh Hefner's playboy philosophy to heart and living it out while his married peers often lived vicariously through him. Set in Los Angeles, the show centered around the adventures of single ace photographer Bob Collins, surrounded by beautiful fashion models--among them Joi Lansing, Lisa Gaye, and Ingrid Goude.  Squiring all of them around town every chance he got, Bob carefully tiptoed away every time the subject of marriage came up. 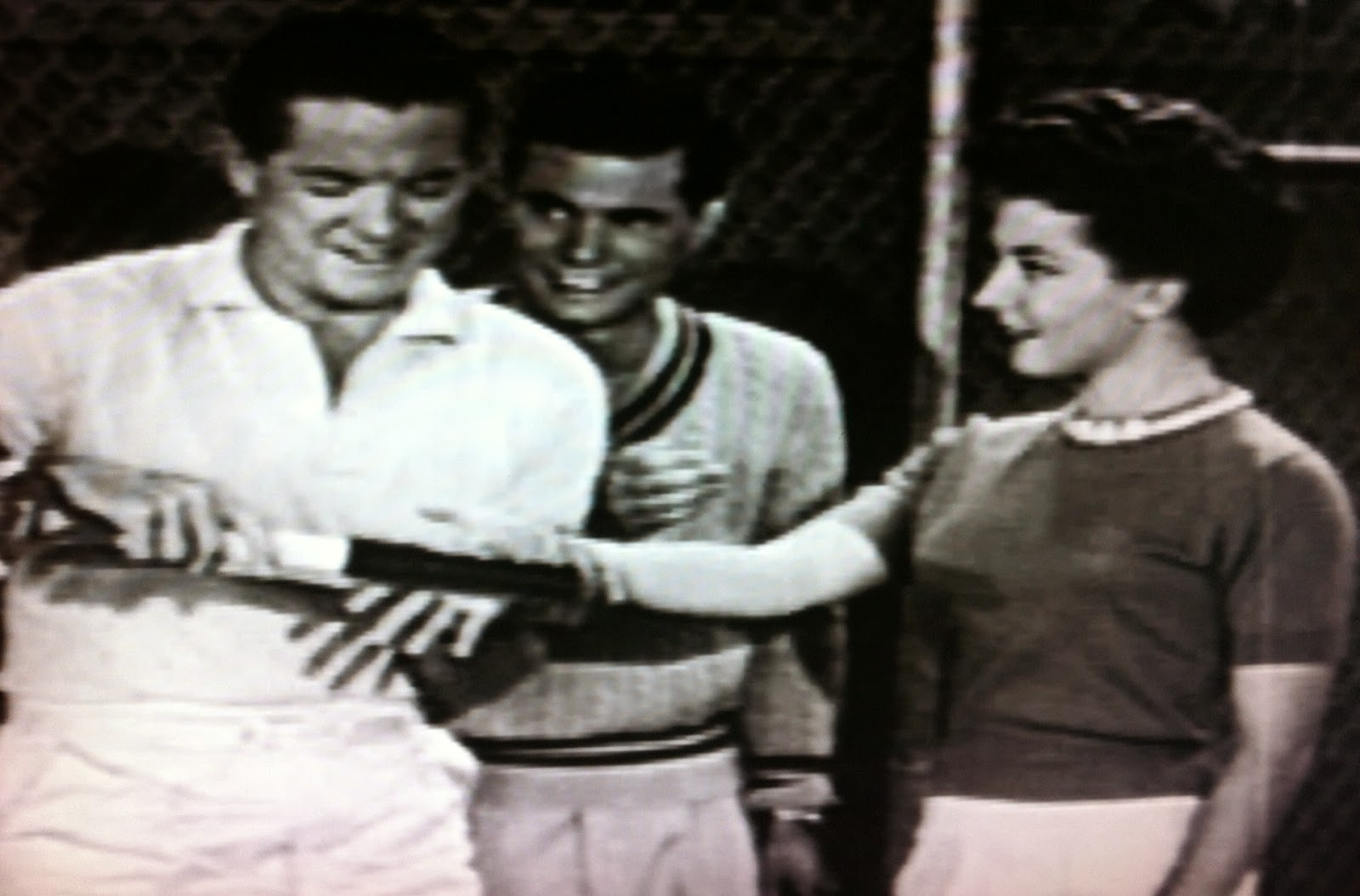 And it came up often, as he lived with his widowed sister Margaret (Rosemary DeCamp) and her son Chuck (Dwayne Hickman, DOBIE GILLIS). Margaret was always worried about the example being set for her son, who clearly emulated and envied Uncle Bob.  Plots centered around Bob's active dating life and numerous attempts at romantic conquests, the efforts of several of his models to settle him down for good, and the attempts of his loyal, plain Jane assistant Schultzy (Ann B. Davis, THE BRADY BUNCH) to win her boss' heart herself. 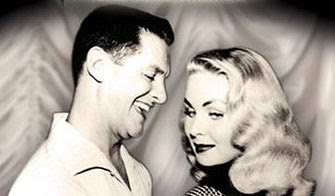 Produced by Paul Henning (whose biggest splash, THE BEVERLY HILLBILLIES, was yet to come) and directed mostly by Rod Amateau and Cummings himself, LOVE THAT BOB was a hyper, campy show with witty scripts. 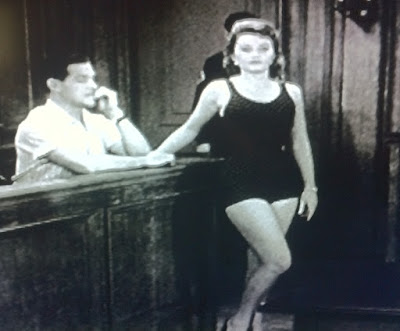 Many who comment on the show make fun of how unlikely a ladies' man BOB was, with his overly theatrical mannerisms and cliched pickup lines (the latter providing some of the greatest, corniest fun when viewed today). I think these reviewers (among them Harry Castleman and Walter Podrazik, whose book is one of the best I've ever read on series television) miss the point. I mean, Hef didn't have all of those women around him because of his looks or cool either. Bob Collins was not only a financially successful single man, but he was also in a position to further a model's career. If he was objectifying the models, they were certainly objectifying him too. It was literally Tit for Tat. 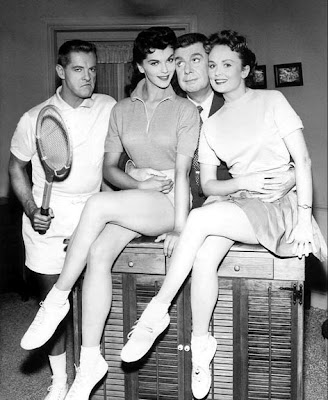 Also, Bob's age is not ignored and hints are dropped regarding the coming youth revolution. He is reminded by his sister that "it's later than you think" and he clearly feels threatened on those rare occasions when a younger muscleman is around. Bob Gets Out-Uncled is a great example of the latter, guest starring Rams star Elroy Hirsch. 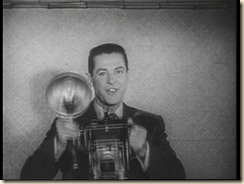 It's too bad that this is another series that has vanished from the airwaves since CBN ran it during the 1980's. There is a 16 episode sampler on DVD which I'll get around to reviewing here at some point, but it would still be great to get more...there's 173 episodes to choose from, after all. 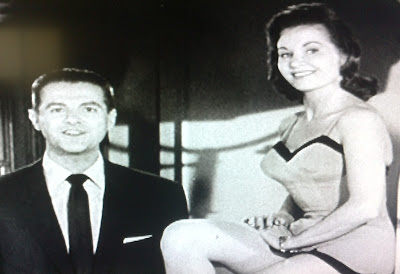 As dated as it is (give BOB a break, the show is 50 years old!), it's still educational to see what passed for a sex comedy within the rigid rules of 1950's television, and startling at times to see how far BOB (and Bob) could go without skirting those boundaries. Margaret was his sister, but she acted an awful lot like a wife in most episodes, and her son Chuck looked a lot like Bob....enough to pass for his son. Bob was constantly put in the position of having to hide his latest romance from Margaret for various reasons, often sneaking out the back door to avoid "getting caught". Viewed within this context many episodes operate as "how to cheat on your spouse" primers, a full decade before GUIDE FOR THE MARRIED MAN and in an era far more noted for gentle family comedy along the lines of OZZIE AND HARRIET and LEAVE IT TO BEAVER. 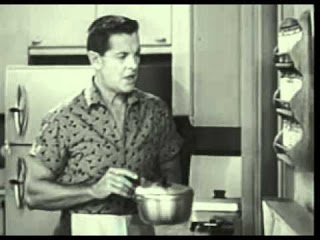 You also get to see producer/creator Paul Henning laying the groundwork for THE BEVERLY HILLBILLIES. Bob Collins and family traveled "back home" to Joplin, Missouri (both Henning and Cummings were natives) in many episodes, allowing Cummings to whiten his hair, hunch over and play his own grandfather--an older version of Bob, right down to the penchant for aviation and his own photography studio where he could woo models too. Future "Miss Jane" Nancy Kulp plays a birdwatching expert in multiple episodes who, like Schultzy, pined for Bob but couldn't compete with the curvy models. And while Henning was credited with introducing multi-episode arcs to sitcoms on HILLBILLIES, he actually started doing it on LOVE THAT BOB.  Among the more memorable ones: a "will he or won't he" with guest star Lola Albright almost getting Bob to the alter across six 1955 episodes; Chuck's four episode foray into singing; and a screamingly funny two-parter with Bob saving Air Force buddy Harvey Helm's job by double dating with obnoxious furniture king Jesse White.

For some great behind the scenes info on arguably the edgiest of all 1950's sitcoms (its either this one, or BILKO), I recommend Dwayne Hickman's autobiography, FOREVER DOBIE.

Cummings probably expected to be here for his 100th. He was known as Hollywood's first real health nut, gobbling vitamins, writing a book at age 52 called HOW TO STAY YOUNG AND VITAL, getting injections of "monkey glands and sheep sperm" in the 1950's, and, years before the Surgeon General's historic 1964 report, announcing to anyone who would listen that smoking was a health destroyer. The latter was a particularly courageous stance, as his hit TV show was sponsored by Winston cigarettes. (If you carefully watch any of the old Winston commercials for his show, you'll notice Cummings holds the cigarette but never actually partakes of it.) Alas, all the effort didn't quite bring good old Bob to the century mark--he was diagnosed with Parkinson's Disease in the late 1980's and passed away in 1990 at age 82.

Regardless, Mr. Cummings, we here at The Horn Section salute you on your 100th, and may your greatest work return to the airwaves sometime soon.

That 4th photo shows Ken Murry between the gals. He was on an episode trying to talk Bob into getting married.

Beachgal: Correct, and if I remember right, it was the final original episode aired as well.

I have about 120 on VHS to varying degrees; reviewing the ones that are in good enough shape to review and get screencaps from. :) Would love to have all 173 completed and up someday.

BOB was also a methamphetamine addict during the run of the show and thereafter...

Thanks for reading Nelson! Unfortunately true; the lid wasn't really blown off Cummmings' addiction until the Doctor Feelgood book came out in 2014, but it is interesting to look back and see that his wife made the accusation during their 1969 divorce and the papers reported it.