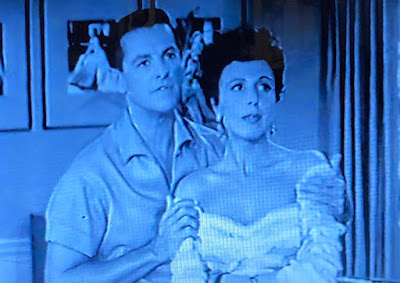 Overview of LOVE THAT BOB/THE BOB CUMMINGS SHOW is at this link.

This installment of the LOVE THAT BOB episode guide is dedicated to the memory of the late, great Dwayne Hickman, who passed away on January 9 from Parkinson's complications (the same disease that felled Cummings in 1990) at age 87. 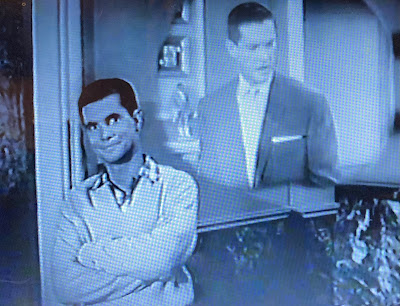 It's Chuck's 18th birthday, and Bob's nephew helpfully reminds him of a two-year old promise to take Chuck on the titular night on the town.  Collins' attention to detail is really lacking on this morning: not only does he not know what he's given Chuck (having delegated the selection to Schultzy) but he also made a date with "The Anatomic Bomb" Boom Boom Laverne for the evening in question. 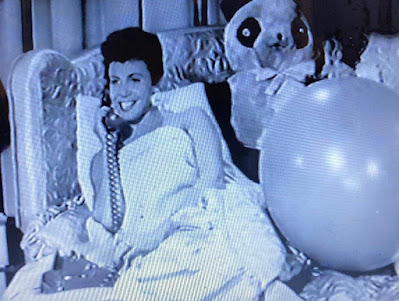 "If you're going to photograph her, get ready to have the joint raided!"

Tell me Bob's date is a stripper without telling me she's a stripper.  The script does a terrific job of this with lines like the one above (and below, keep reading).  What's less clear than Boom Boom's occupation is who Bob made the 'election bet' with that is his excuse for making the date in the first place.  It clearly wasn't Laverne, since he catches himself almost referencing the "wager" in her presence--and quickly doing a 180.  Maybe Paul Fonda and Bob went to the club to see her?  I highly doubt Harvey Helm would have dared to. 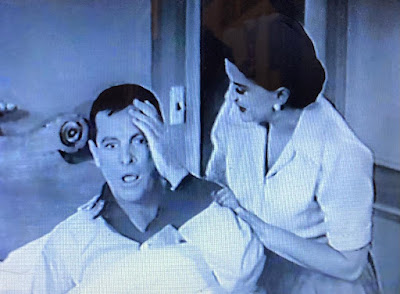 "What are we going to do tonight, Mr. Collins?  Go for a ride in your new plane?"

"That's a good idea, Boss!  Your date's right at home on a runway!"

Regardless of how Bob came to this end on an obvious boy's night out, he doesn't seem the least bit uncomfortable with dating a woman with a libido to match his own until Chuck is involved.  But Bob isn't nearly as proud of this date as he usually is of one with a model-and Laverne calls him out on it. One gets the feeling that any shame on Bob's part is purely to save face in front of his sister and Schultzy, since the shutterbug uses the same lines on Laverne that he uses on Shirley and Collette.  Of course that could just be force of habit. 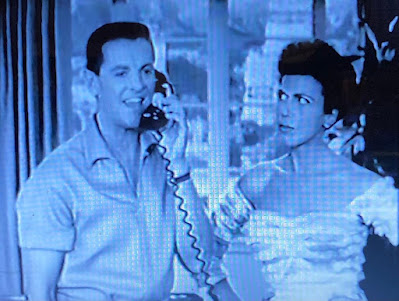 "You've been trying to squirm out of this date since you called at ten o'clock this morning and woke me up in the middle of the night!"

Chuck's milestone eighteenth and the expected consummation (so to speak) of a two year old promise results in a heady natal day.  Ready to step up from 17 year old Carol, Chuck swoops in on The Anatomic Bomb once she's a free agent and scores the date that his Uncle just broke.  It gives the youngster daydreams of supplanting the reigning "King"--too bad that his mother isn't ready to let him sink or swim with Boom Boom.  Don't feel bad, Chuck--even your idol overplays his hand sometimes. Hell, you've seen that for yourself (Bob Batches It). 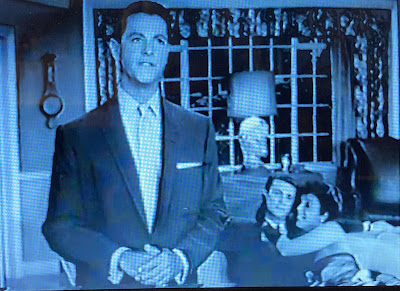 The show stopping Boom Boom isn't as bosomy as her nickname would suggest but Evelyn Russell gives a sassy, brassy performance that fits the 1950's perception of Laverne's profession to a T.  She's perfectly willing to go out with Chuck after being dumped by Bob--giving the impression she'd like to further the young man's education!  Trying to get back at Bob for his rejection?  Maybe--but it's just a little vague.  I would totally watch a sequel with Chuck getting to keep that date.  Even if Jimmy Lloyd (who is even more desperate than usual here) tags along. 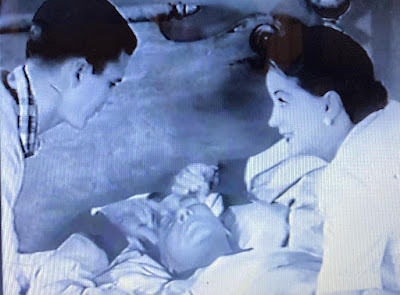 Since this was Boom Boom's only appearance, we can safely assume that her less then feminine reaction to a broken date (both Schultzy and Bob end up with shiners) likely turned our shutterbug off.  Chuck ends up with a comeuppance of his own, going to the drive-in with his mother--quite a letdown.  At least he is physically unscathed on his special day so he gets off easy for his transgressions.  So easy, in fact, that the spurned Carol Henning apparently forgave him since she remained his most frequent girlfriend through the remainder of the show's run.  Since we later learn that she's Harvey Helm's niece (Bob Tangles With Ruthie) Chuck really dodged a bullet, since Ruth Helm hands out the black eyes with the same efficacy that Laverne does.  Ruth Helm vs. Boom Boom Laverne, now THAT would be a catfight. 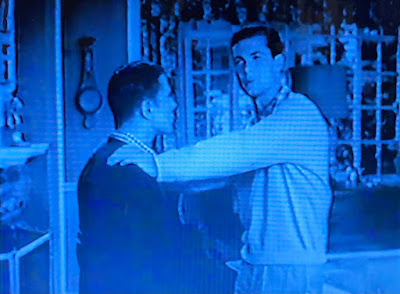 This was a family affair.  Margaret insisted that Bob honor his double date promise that night, and Chuck stole Bob's date once she became a free agent.  Margaret solidified her status as supreme blocker by insisting Bob break Chuck's newly acquired date with Laverne, then accompanied her son to the drive-in.  Hey, he's eighteen now Margaret!  Some mothers never let go. 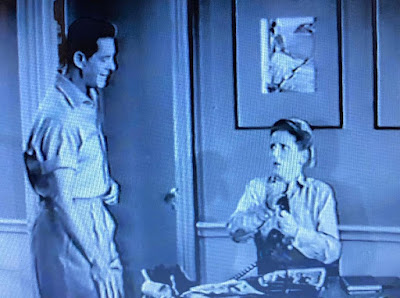 Not hardly, surprising since Laverne would normally be the free space on the bingo card for a guy like Bob.  But family obligations cause him to forgo his nocturnal urges for a night, and I'm sure that black eye Laverne gave him probably put him on the disabled list for a few more.  At least he has a date for this evening--the similarly afflicted Schultzy. 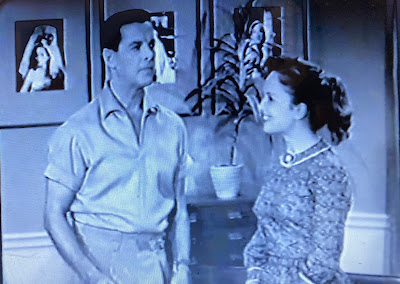 In response to Carol asking if Bob's date is also a pilot: "No, but she's taken off quite a few times!"   Hmm.  Is that onstage or off, Bob?  Sounds like the voice of first hand experience either way... 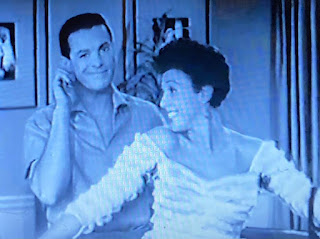 The quotables hurtle at us furiously with Laverne's vocation and Bob's avocation providing the grist for the best of them.  Russell's audacious performance bolsters the strong script and it is always fascinating evaluating where Bob's moral lines are drawn.  Too bad he didn't surreptitiously take Laverne up on her offer of a double date with sister Tassels LaTour in a sequel.  Well, okay, that might have been a little too much for 1956.  The Double Date deftly jousts the rigid lines of its era and the squirming is part of the fun.  Another winner from what is arguably the show's finest season. (***1/2 out of four)
Posted by Hal at 8:06 PM