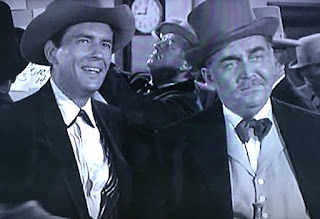 
Bart is on a serious roll as his riverboat treks the San Francisco Bay.  He's holding all the Aces and Kings on the felt and the Queen of San Francisco social circles off it: wealthy heiress Adele Jaggers.  Bart's rungood is interrupted by an stuck safety valve on the vessel, resulting in an explosion that interrupts both the game and the voyage.  Fortunately, the downturn doesn't get worse than that--Maverick is saved from the floating wreckage (along with Adele and her wannabe suitor Mercer) by the Albrights, a Quaker family. 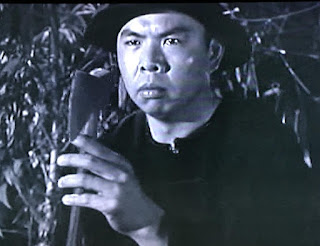 Forty miles from the original San Francisco destination, Maverick recuperates at his rescuers' farm and learns that the farmers are praying for a miracle from their "worn out" soil.  With daughter Phoebe's endorsement, Henry seeks a favor for his hospitality.  Showing Bart small gold deposits from the latest stream overflow, the elder Albright thinks the gravel bluffs have much more to be extracted.  With Adele pushing her wealthy father to put Bart to work for the brokerage, taking the mine public seems like a perfect solution for all.  That is, until the predatory Loftus Jaggers sees an opportunity to steal the mineral-rich land via the freshly established Eureka Mines Corporation with the Quaker-trusted Maverick as his Judas goat. 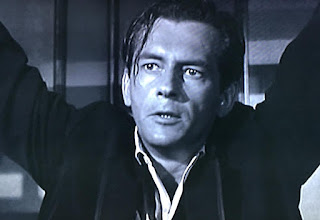 New producer William L. Silver took a back-to-basics approach with MAVERICK's fifth and final season, introducing ersatz updates of Dandy Jim Buckley and Samantha Crawford in the opener (Dade City Dodge) and subsequently updating Shady Deal at Sunny Acres in The Art Lovers with surprising success.  This third installment recalls an even earlier time: the very first episode, War of the Silver Kings.  As was the case in the premiere, a corrupt local kingpin has home field advantage as he steals a lucrative mine from poor farmers (silver then, gold now, upping the stakes) and eventually comes to admire Maverick's guts after he's bested at his own game by the traveling gambler. 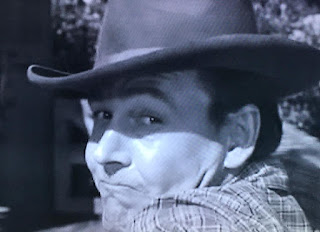 Just as Bret got a crash course in mining law in that memorable opener, Bart had to master the market here.  The Golden Fleecing is far from a tracing of the pilot, though.  Phineas King was a cheat on and off the tables; Loftus Jaggers keeps his corruption off the felt, with no sign of dishonesty in his home game.  Bart's romantic dalliance with aristocratic Adele adds tension that Bret didn't have to deal with while battling daughterless King.  Bart's education in equities is even more daunting, requiring a far more truncated timetable than Bret's legalese lessons: ten days, to be exact. 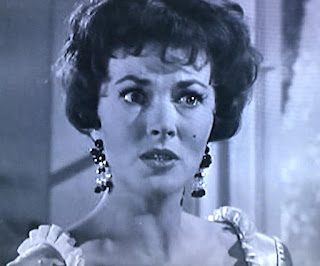 With Mercer (henchman hoping for a promotion to son-in-law) assisting him, Jaggers manipulates the market and their investment with ease--they're practically the century's answer to Gekko and Fox, with the Quakers just one more overmatched group to be lured, then strong-armed.  Crookery at the table isn't necessary; Jaggers' actions away from it (intentional production delays and inflated costs, with the goal of bankrupting the hospitable farmers) are more than enough to make him a deserving recipient of a satisfying takedown.  Ditto for daughter Adele (a well cast Paula Raymond) and Mercer.  They are shockingly ungrateful to the community assisting them after their close call on the water, and Ms. Jaggers gets downright haughty at the prospect of competition from the guileless Phoebe. 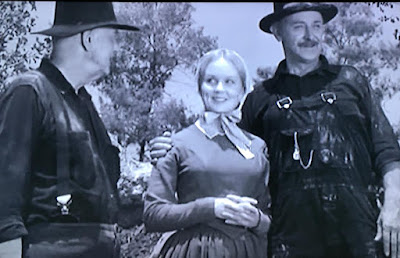 Penning his only MAVERICK, Charles B. Smith (SHOTGUN SLADE) cleverly sets up Jaggers' eventual undoing.   You'd never expect this unrepentant swindler to reveal all of his secrets to Bart, whose status as trojan horse leaves him out of the real club--and he doesn't.  Not willingly; Bart just happens to be standing there when broker Butler reminds Loftus of the new requirements for short selling, and that foot in the door allows Maverick to pick just enough of Loftus' brain for later use. 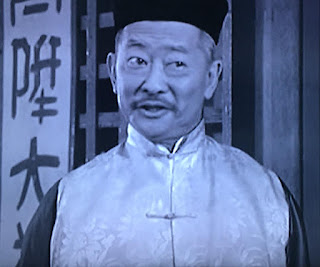 Smith does make some missteps in handling Bart's eventual allies.  We meet a mysterious young Chinese man who attempts to bushwhack Jaggers in front of his mansion, learning that the tycoon swindled him and several other railroad workers earlier.  Later, the same man is revealed to be working for Mr. Loo.  This is rather poorly thought out, since Loo would clearly have knowledge of Loftus Jaggers' usual business practices from his assistant.  So why would Loo buy Eureka Mine stock after finding out that newcomer Bart is working for a known cheat?  He and Bart developed a mutual admiration society on the felt, but Loo surely couldn't trust Maverick that much on the basis of one friendly game (that he lost handily, btw)!  Loo ends up investing enough to put his own thriving business in considerable jeopardy before the short selling begins--highly illogical. 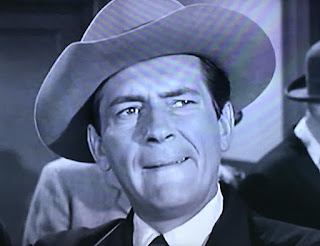 Larcenous Loftus seems to handle his defeat well--way too well, as he's shown no sign of sporting blood or conscience prior to this comeuppance.  And while the parallel of shorting to bluffing is an apt one, the analogy of sand bagging (a.k.a. "slow playing") to losing swing trades escaped me.  Oh well, it is welcome to have poker looming large in the MAVERICK universe again, and the most fitting comparison of all is made by Mr. Chang, who notes that getting involved in the stock market is in no way giving up gambling.  While entertaining throughout, The Golden Fleecing is a better tutorial for the former than the latter. 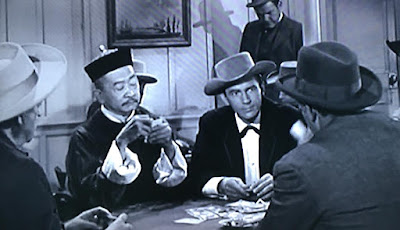 He won two big pots from Lee Hong Chang (totaling at least $1,000 by my count) on the boat before the explosion, one with three aces and the other with deuces full.  Later he cleans up at a game hosted by Jaggers, to Mercer's chagrin in particular. 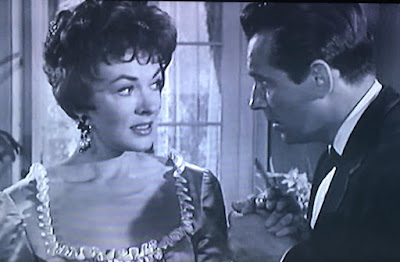 "There's nothing like a boat trip, if you're going somewhere by water."  Pappy's sayings were really losing steam and wit by this time.  His advice on the stock market turns out to be just as generic: "Buy low, sell high."  There's a third nugget: "The most important thing to know about any gambling game is when to quit," a clear case of Pappy contradicting himself, since he previously told Bret that "the only time you quit when you're winning is after you've won it all".  Maybe he advised Bret and Bart a little differently. 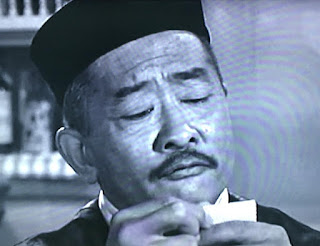 "One cannot gather honey without risking the sting of bees."  And: "He who is fortunate at cards is less fortunate at other endeavors."  Bart noted as an exception to the latter.  Hell, Mr. Chang is sounding at least as wise as Pappy by this point, with the latter seeming rather tapped out. 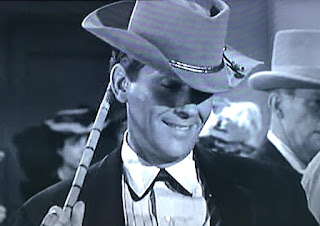 Like most of the season's attempts to recapture the show's salad days, The Golden Fleecing is perfectly enjoyable and solidly executed, but not quite a full return to form.  A mostly welcome addition and a gallant attempt to get back to basics that nevertheless can't quite match the better, earlier episode it evokes.  (**1/2 out of four) 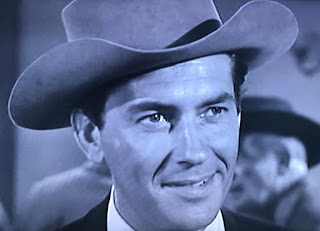 MAVERICK is back on Encore's Western channel Monday through Friday at 2:35 P.M. Central, and also airs on MeTV every Saturday morning at 9 A.M. Central.