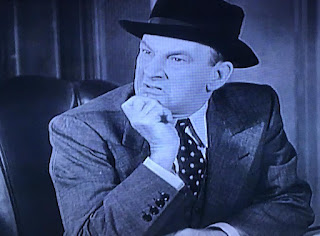 
Introduction to the Leon Errol Salute Series is at this link.


Leon is a business tycoon, albeit one henpecked by his snobbish wife Cunningham.  At least on the surface, that is.  Leon is surreptitiously undermining the efforts of the Mrs. to marry daughter Coles to a boring blue blood by aiding bakery truck driver Howell in his effort to elope with her.  Alas, Leon muffs the effort after much slapstick with his ladder. 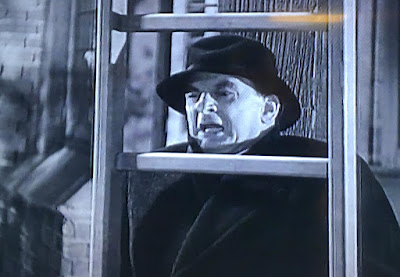 To avoid Cunningham's effort to play matchmaker for Coles and stuffy Walton, Leon leaves for a fishing trip to Oklahoma under the ruse of being summoned to the nation's capitol by Vice President McKay to discuss Indian affairs--something Leon unwittingly gets a crash course on during his stay in the Sooner state.  When Chief Poison Arrow's son takes a liking to the bald funnyman, Errol finds himself made a "blood brother". 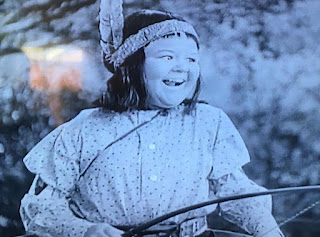 The honored Errol invites the Chief and his tribesmen to drop in on him "anytime they're back East", thinking the possibility of that is remote.  However anytime occurs two weeks later.  Leon's apparently successful diplomacy inspires the Mrs. to score a social coup by inviting her husband's "close friend" the Vice President to her party with the well-to-do bluenoses--leaving Leon, who's never met the man, on a wild scramble to find an imposter V.P. to appear instead. 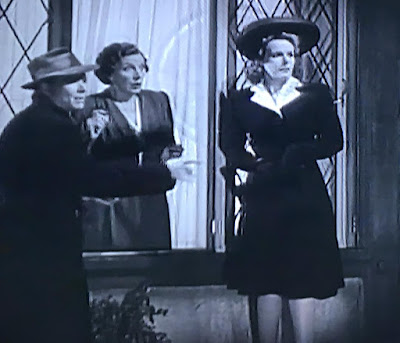 HURRY, CHARLIE, HURRY! is a departure from the booze n' broads formula prevalent in Errol's short subjects, but even without drunken philandering there's no shortage of spouse trouble for Leon.  The absence does create an instance in which the pliable funnyman is completely sympathetic, assisting his daughter's happiness with industrious, hard-working Howell while the prospect horrifies his haughty, high-society minded wife.  It's a complete 180 from the premise of the prior year's POP ALWAYS PAYS. 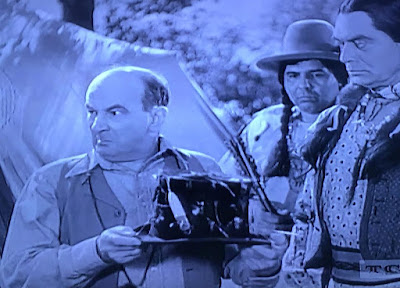 After stepping in uncredited for Leslie Goodwins on that 1940 Errol vehicle, prolific writer Charles E. Roberts is the sole director of Paul Girard Smith's script for HURRY, CHARLIE, HURRY!  It would be his only turn behind the camera on an Errol feature, but Roberts continued helming two-reelers for the star through 1949's THE CACTUS CUT-UP.  The screenplay by Smith (IT'S A JOKE, SON!) provides Errol with plenty of the well-timed comic denials he was known for and, inevitably, a disguise--Leon is one of three Vice Presidents taking part in the climax.


The biggest pitfall for HURRY, CHARLIE, HURRY! is the unfortunate depiction of its Native American characters: mute outside of Chief Poison Arrow, strictly of the "Ugh!" variety and drawing racist reactions in the city.  After making the modern viewer groan repeatedly for half of the film, though, Smith provides one surprise: Leon tells off a NYC cop who is harassing the tribesmen and points out that their land was originally stolen from them by the white man.  It doesn't entirely redeem the preceding half hour, but it is refreshing dialogue for the film's era, however brief. 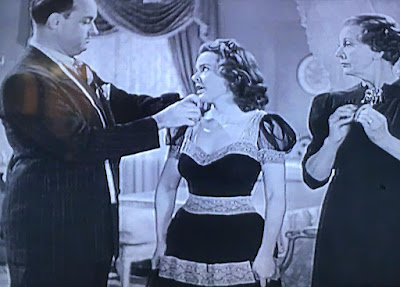 While Roberts and Errol worked together frequently, HURRY, CHARLIE, HURRY! has few others from the comedian's usual collaborators: this was Cunningham's only turn as a "Mrs. Errol", and the actress' huffish manner only adds to Leon's likability.  The film was also one of RKO's two attempts to make twenty-year old Coles a leading lady, and provided beautiful Renee Godfrey with her first credited role.  Douglas Walton is hilariously bland as Cunningham's intended for her daughter--exactly what his upper-crust role calls for. 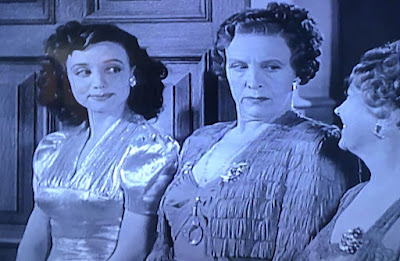 Leaving the biggest impression outside of Leon himself is legendary African-American actor Noble Johnson (MURDERS IN THE RUE MORGUE), who like the film's star was capable of making even the most thankless role stick in your mind.  A ubiquitous character actor with well over 100 credits onscreen, Johnson was the co-founder (with brother George) and President of the Lincoln Motion Picture Company off it. 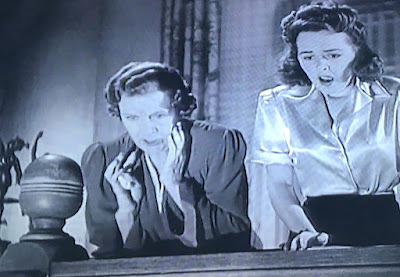 HURRY, CHARLIE, HURRY! hurtles to the expected wild conclusion, with plenty of fake beards, locked doors and exasperated prigs making for a hilarious final reel at the dinner party.   Proof that Errol didn't need inebriated ambulation, philandering or a toffee-nosed disguise to make you laugh, but the star gets far less help than usual from his off-camera collaborators.  HURRY, CHARLIE, HURRY! has its moments--just not nearly enough of them,  The good gags are outnumbered by the uninspired groaners and cringe-worthy elements. 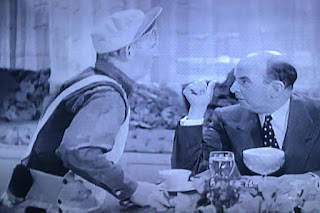 Very few know about it.  TCM did air it last October, so it might return at some point. 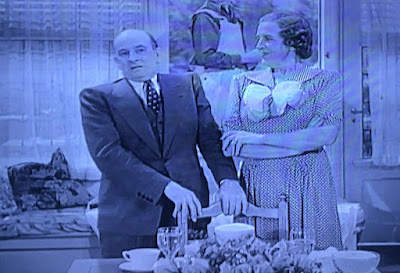 WHY IT SHOULD BE ON DVD/BLU:

Ah, come on, you know why at this point.  Leon Errol Boxed Set, something that Warner Archive really needs to have a about five or six volumes of.