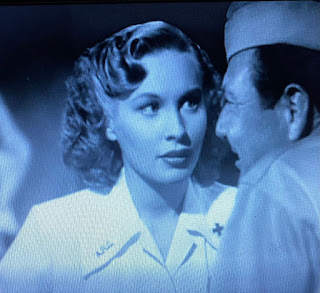 Air Force Captain Corey is sent with other seasoned pilots to train on the B-29, the next bomber to be introduced into the Pacific skies during WWII.  Major Tucker is running the training in this upgrade to the B-24.  Tucker is a superb teacher but the target of resentment, accused unfairly of cowardice during his last mission.  Corey and Tucker compete for the affections of nurse Ralston, who is seeing Tucker at the outset but finds herself drawn to the new Captain. 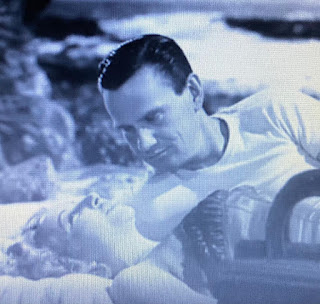 In the face of questions from D.C. bigwigs about the B-29's cost and constant propaganda from the airwaves via the infamous Tokyo Rose, the project moves forward.  Confessing his demons to Major General Brennan results in Tucker's reassignment to engineering, his area of expertise.  With the overconfident Corey leading the bombing missions from Guam successfully, Tucker waits for the chance to 'redeem' himself in combat while watching helplessly as Ralston gravitates towards Corey. 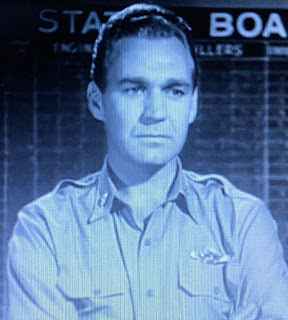 Reliable Allan Dwan directs this attempt to replicate the highly successful SANDS OF IWO JIMA formula for Republic sans John Wayne, with cast members Tucker, Brown, Carey and Cassell returning for another tale of the winning of the war in the Pacific. Tucker gets the role of the commander resented by his men and haunted by past failures, and the film moves from Kansas to China to Guam while preparing for the superfortress' debut. 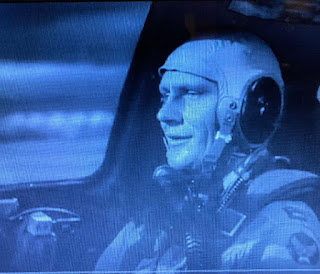 Unfortunately SANDS screenwriter James Edward Grant wasn't available (he was working on The Duke's FLYING LEATHERNECKS that same year) and Tregaskis lacked his ear for dialogue (Tregaskis' only other screenplay was the unfortunate FAIR WIND TO JAVA).  Worse, battlefield footage so seamlessly blended in IWO JIMA was rather sloppy and obvious in this film.  As a result, the THE WILD BLUE YONDER shows its limitations often despite some solid performances and dandy ideas.

One highlight is the re-creation of Sergeant Henry "Red" Erwin's heroism aboard the B-29.  In 1945 Erwin suffered severe burns disposing a white phosphorous bomb during a mission mid-air, saving the lives of his fellow crewmen.  This is niftily re-created by Dwan with stuntman David Sharpe portraying Erwin.  Corey's narration tells us about Erwin's Medal of Honor, but the rest of the Sergeant's story is well worth reading up on. 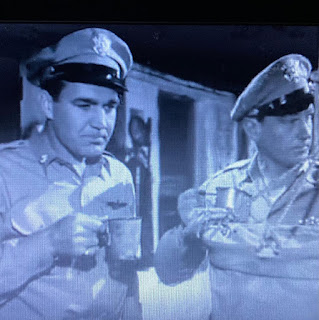 THE WILD BLUE YONDER continued Tucker's string of heroic roles after his IWO JIMA breakthrough, and he acquits himself as well as his Major disproves the scuttlebutt.   One streak was broken for the actor--after getting the girl in ROCK ISLAND TRAIL, CALIFORNIA PASSAGE and FIGHTING COAST GUARD, he loses Ralston to Corey this time around.

Plenty of snarks would consider that no great loss, though the oft-maligned Ms. Ralston has her charms.  No, her performance isn't great: she never fully disappears into her character (never did, truthfully) and is visibly working.  But she isn't distractingly awful, either.  Just mediocre, but the athletic skater looks fetching enough to be a leading lady, especially on the beach. 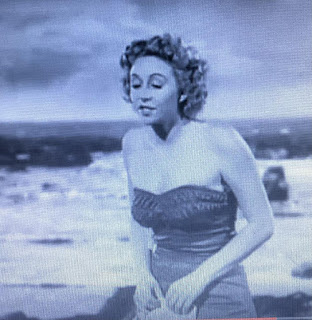 Ms. Ralston gets some competition in the vavavoom department from Edwards, who Harris uniquely tries to woo with a Oujia board(!).  Speaking of, he was Tucker's childhood idol, and the two would become lifelong friends and would reunite for a riotous F TROOP episode years later.  Harris' comic relief is superior that of most war films--inspired casting, no doubt.  He sings his number one 1950 hit "The Thing" and is the first actor we see, looking ready to rib Jack Benny before he opens his mouth. 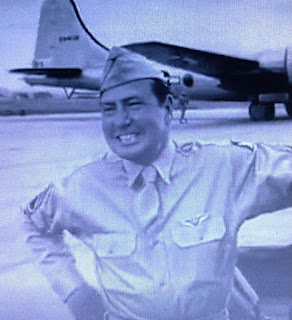 Corey gives his usual solid performance, though he seems miscast as the youngish daredevil.  The actor always looked a good ten years older than he really was (37 here; alcohol problems led to his death at 54).  He and Tucker would have another romantic triangle, this time with Margaret Lockwood, in LAUGHING ANNE two years later. 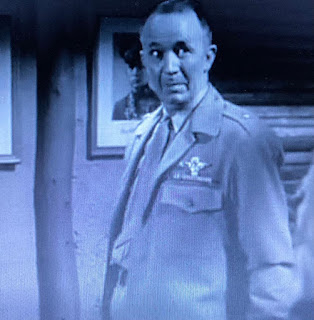 Walter Brennan is, well, Walter Brennan, adding star power to the supporting role of the Major General overseeing the B-29's development.  A young Jack Kelly can be seen among the soldiers, and we get ace action director William Witney (DARKTOWN STRUTTERS) in a rare acting role, as a new General who embraces Corey's high-risk, high-reward approach.  While THE WILD BLUE YONDER falls a little short of what it might have been, there's more than enough of interest here to warrant a good look. 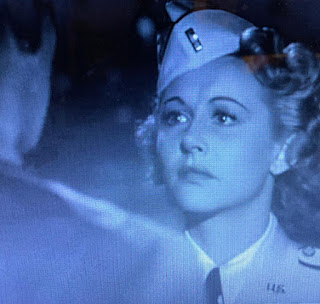 The Curse of Ralston?  Reportedly DAKOTA and THE FIGHTING KENTUCKIAN were her only profitable films for the studio (coincidentally Wayne was her co-star in both), and her professional reputation as a real-life Susan Alexander Kane didn't help any of her pictures with the press.  One of many Republic pictures to fade from view after late-night ubiquity throughout the 1960's.

WHY IT SHOULD BE ON DVD/BLU:

Martin Scorcese recently restored and released two dozen unfairly forgotten Republic pictures, among them the aforementioned LAUGHING ANNE.  This would be a fine candidate for a second round of Republic rediscoveries.  I most recently saw it overnight on CBN in the mid-1980's; no reason why it couldn't join the scores of war pictures making the rounds each May as we salute those who served.

From the film, here's Phil Harris singing "The Thing":

Do you do requests? I like Day of the Triffids.
(John Wilder)

Hi, John, thanks for reading! With Howard Keel, right? I'll try to work it in, I haven't seen it in a long time.

Yup, that's the one!