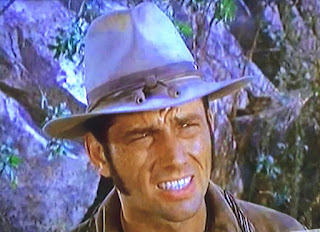 Following the events depicted in Hondo and the Apache Kid, that episode's titular villain is in Fort Lowell's guardhouse awaiting transport to Tucson for trial.   After relatives of the Kid's murder victims infiltrate the jail and narrowly miss taking an eye for an eye, Hondo realizes that the Kid's journey to justice will be fraught with similar danger if promulgated with a large escort. 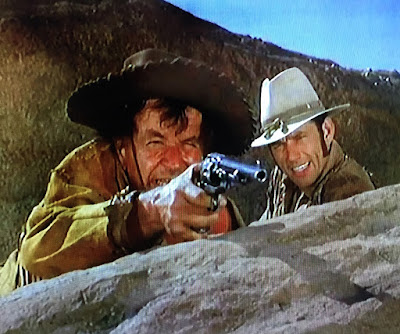 Lane talks Colonel Crook into a stealthy transfer: two troopers and a buckboard with Hondo trailing them.  Unfortunately, the prisoner escapes, terminating one captor and badly injuring the other.  Hondo sets out to recapture his nemesis before the Apaches learn of the jailbreak, but Vittoro is already aware.  With Buffalo and Sam along for assistance, Lane trails the Kid to a farmhouse where he has taken a newlywed couple hostage. 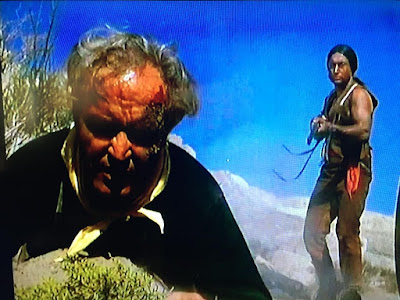 This second Apache Kid adventure is leaner and meaner than the first.  Free of the social commentary of the prior installment--and along with it, Farley Granger's eventually tiresome reporter--the sequel is wall to wall tension, staying focused on Lane's futile attempt to recapture the serial killer alive.  In keeping with Buffalo Baker's expanded role at this point, the grizzled sidekick joins Hondo in his pursuit, taking the scouts on the road for the fourth consecutive segment. 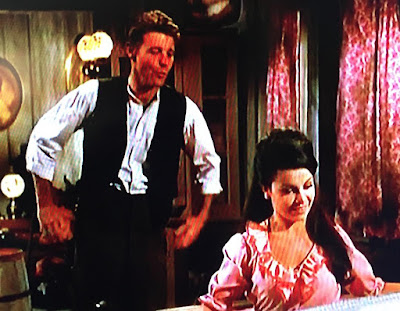 Michael Caffey (COMBAT) had just begun his career when he helmed this sequel, favorably matching up with the earlier effort from action master William Witney.  On three separate occasions the director utilizes a gunman's POV, with each creating greater unease than the one preceding.  Hondo and the Apache Trail presents a challenge for the most experienced action director: fights through iron bars, brass backboards and in rock-filled rapids are just some of the tasks faced by Caffey.  Somewhat surprisingly, the newcomer is a bit more successful than Witney at masking the disparity in size between Taeger and Adams in their confrontations--having the climactic one in water helps. 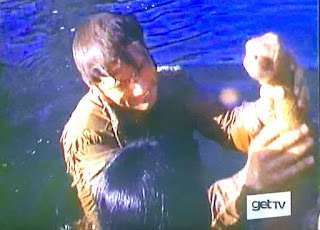 To be fair, Caffey gets a script from longtime UCLA professor and one-time TWILIGHT ZONE producer William Froug that is all meat and potatoes and free of the unconvincing child actors that occasionally hindered the prequel.  Some of the credit is due Apache Kid writer Frank Moss, whose coverage of the Lane/Kid backstory made it unnecessary for Froug to retread it.  That said, neither writer nor director enjoys a perfect hour in Apache Trail.  Strangulation scenes were rarely convincing in prime time, and despite the fury of Adams' performance, seeing the diminutive Kid murdering with his bare hands (with multiple weapons available to him) is less plausible than most. 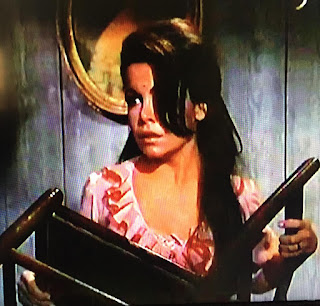 The Dows are M.I.A. for the fourth consecutive segment, and Funicello's rescue potentially sets the stage for future appearances--possibly even as a romantic rival for Angie.  Years later, the BEACH PARTY star indicated in an interview that her character was intended to return as a love interest for Taeger's hero.  Sadly, Apache Trail turned out to be the penultimate HONDO.  David Nelson becomes the second sibling to guest star on the series as Funicello's ill-fated spouse; brother Ricky had the higher-profile role of Jesse James in Hondo and the Judas. 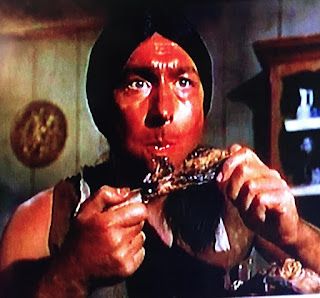 Crook confidently declares the Apache Kid's file closed at the conclusion, but despite ostensibly solving the conflict, Apache Trail's conclusion doesn't quite slam the door on another sequel.  Unfortunately, Nick Adams' death would have.  This would be the next-to-last TV appearance for the REBEL star, whose WILD WILD WEST swan song aired exactly three weeks later on January 12, 1968.  Less than a month after that, Adams was found dead in his Beverly Hills home, only 36. 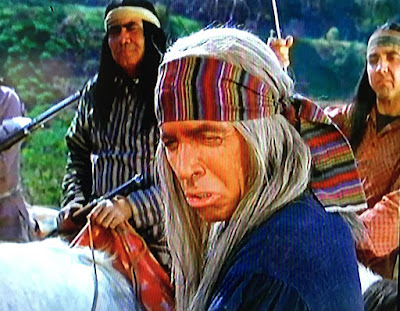 It's impossible to know for sure, since Hondo and the Apache Trail aired during a Nielsen black week, but it likely improved on the viewership for the initial outing given the ratings HONDO drew for the preceding and following weeks.  It was the ninth and final episode for Michael Pate, whose screen time as Vittoro was reduced once the focus shifted plots taking the two scouts on the road. 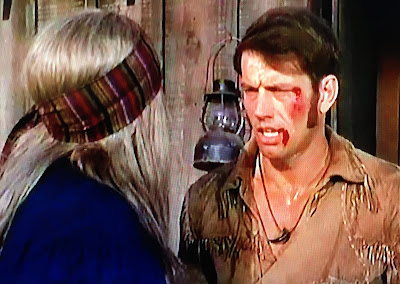 Hondo might be with Running Bear in spirit, but subdues Bear and his cohort in the teaser despite their two on one advantage.  The battle inside the Williams' cabin with the Kid is interrupted by Vittoro's arrival, but Hondo tracks down the Kid for the decisive battle in the rapids. 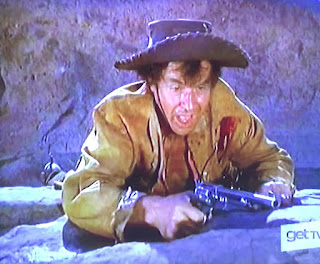 How tense was this episode?  Buffalo didn't even set foot in the cantina!  That's where they were headed at the fade-out. 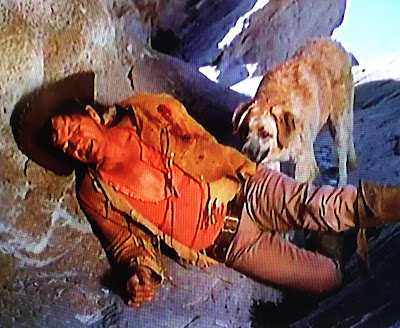 Buffalo isn't the only sidekick to get nicked up.  After evading several of the Kid's bullets during the farmhouse standoff, Sam gets a stab wound and a limp scuffling with him near the riverbank before Hondo's arrival.  Don't worry, though--he's bandaged up and healing at segment's end, already able to put weight on that injured paw. 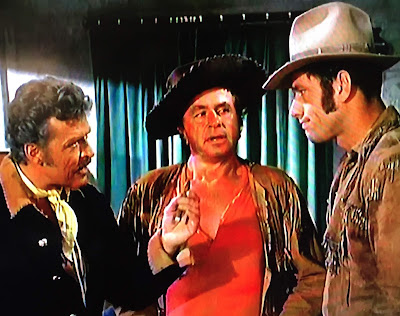 Continuing the string of winners in the show's stretch run, Hondo and the Apache Trail is compelling and exciting, effectively concluding the Apache Kid saga.  Despite having a different writer and director, the two installments could easily be fused for a feature, arguably meshing even better than the Hondo and the Eagle Claw/Hondo and the War Cry duo that begat HONDO AND THE APACHES for overseas screens.   Even as a standalone, this one delivers the goods.   (*** out of four) 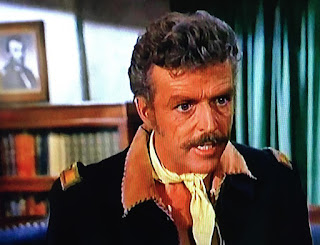