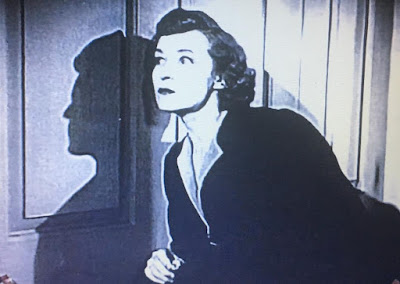 Introduction to our ongoing Leon Errol Salute Series is at this link.

Leon graciously lets Ms. Burke into the apartment building when she locks herself out, just in time for an early arriving Mrs. Errol to assume that her husband has been 'stepping out' with the new neighbor.  For once, it really is a misunderstanding, but Mrs. Errol is having none of Leon's explanation.  Leon gets an ornate frame to the head and Dorothy gets her bags and leaves. Hearing rumors of Leon's marital trouble, bluenose Johnson wants nothing to do with the "scandal" and decides to opt out of his contract with Leon's firm.  Harry persuades the money man to come see for himself at the Errols' over dinner--and Leon's objections, with no wife present to refute Johnson's allegation.  Where to find a female who can cook to take Dorothy's place and save the day?  Across the hallway, perhaps?  One problem--Burke's husband is as jealous as Leon's wife.


Leon's innocent--at least for awhile--in his RKO swan song, TOO MANY WIVES.  Written and directed by Hal Yates, who helmed the bulk of the Errol series after 1944's HE FORGOT TO REMEMBER, TOO MANY WIVES delights with a series of nose pulls worthy of The Three Stooges in its second reel.  Even Granger and Jordan get in on the knockabout antics, with the latter becoming less and less ladylike with each successive indignity. 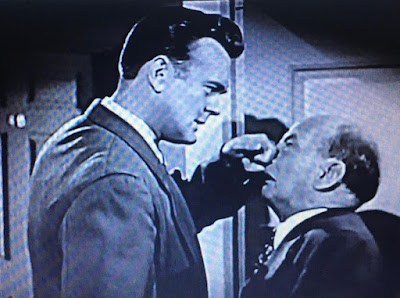 Well into his seventies (unless he really was 15 when attending medical school in 1896!), Errol neither looks (he's just as bald and beak-nosed as he always was) nor sounds worse for the wear in his 98th and final RKO short.  There is one rare acknowledgement of the star's advanced years with Leon's comment that Johnson will "never buy" Jordan as his wife: "she's too young"!   While that's a tad sad, it's only one line, albeit an unnecessary one.  The legendary legs had grown far less rubbery by 1951, making Errol's wobbly signature walk rare if not impossible, but Leon could still execute equally hilarious variations on Lord Epping's penguinesque prance flawlessly.  Errol retained his impeccable timing to the very end--an amazing feat that few comedians matched in the decades that followed.


The ever-instigating Harvey began egging Errol on in 1939's TRUTH ACHES, giving him a lengthier tenure with the series than Granger or Yates!  Harry predictably starts the charade and deepens Leon's dilemma, but commendably stays to assist as the situation simmers.   TOO MANY WIVES would be Harvey's last two-reeler, but he was barely halfway through his 454 imdb.com listings.  Sam McDaniel was uncredited way too often, but he makes the list this time around; curiously, the jealous husband doesn't.  (If I can figure out who he is, or who played the woman in the hallway, I'll update the cast above--that's him pulling Leon's beak above, if anyone can help!) 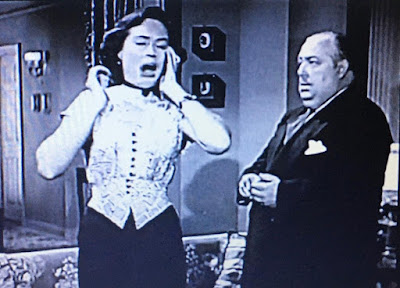 Newcomer Joanne Jordan would become far better known as a commercial spokesperson for the next decade, despite a famous blooper that had her recommending Star Kist tuna on "crappers"(!) to her television audience.  TOO MANY WIVES was her only two-reeler, but she acquits herself well enough as she dives into this slapsticky entry.  Rotund Maxey played Leon's boss several times in the series' later years, but doesn't escape unscathed.  At least his belly remains unharmed. 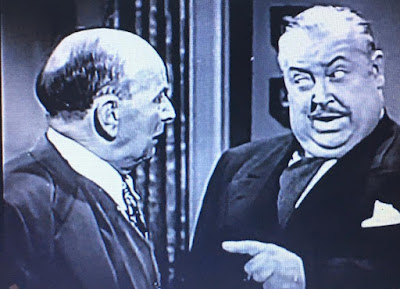 With Yates soldiering on and lanky Gil Lamb taking over as the marquee name, RKO's short subject department survived for two more years, but Leon Errol's passing was truly the end of an era.  The aforementioned Three Stooges continued at Columbia, but both two-reel comedies and the RKO studio would be defunct by 1959. 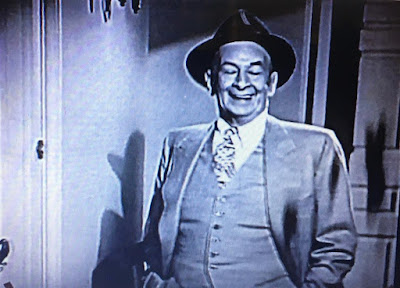 Released two months after the legendary comedian's death in October 1951, TOO MANY WIVES thankfully sends Leon Errol out on a high note after nearly one hundred shorts: fast paced without being frantic, with just enough surprises to hold your attention and the star getting a well-deserved, appropriate last laugh at the fade-out.  Errol retained his comedic touch to the very end, and we can only wonder what might have followed in the Fifties: he and Granger were reportedly set to bring the formula to series television in 1952 if Leon had lived.  (*** out of four) 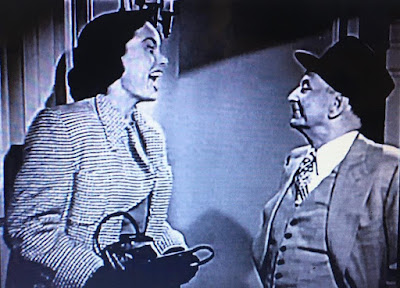 TOO MANY WIVES is available on YouTube, courtesy of The Silent Man, who is owed our thanks.  If you'd like to see it yourself, and perhaps fill in the blanks on the casting that the credits didn't solve, here ya go: