No, it isn't his birthday this month, nor his death anniversary.  Just a realization that 65 years after his passing, Leon Errol has become criminally underappreciated.  I'd certainly say that with Warner Archive now giving DVD availability to most of the Wheeler and Woolsey RKO features, Errol is without question the most undeservedly obscure comedy great of the twentieth century. 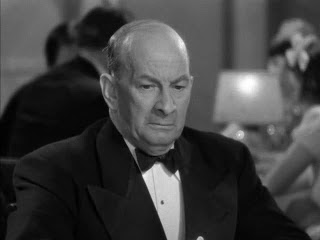 Errol's entertainment career spanned more than half a century.  He originally planned to be a surgeon, studying at Sydney University, but the pre-med student enjoyed unexpected success penning and performing in a vaudeville revue circa 1896.  The original intent was to help put himself through medical school, but the lure of the stage finally won out as Errol displayed a real flair for physical comedy as a performer, writer and director.   Incidentally, Errol's oft-cited birth year of 1881 is at odds with this timing, as noted previously by author Frank Cullen in Vaudeville Old and New--Cullen reports that a birth year of 1876 is a more likely for Mr. Errol. 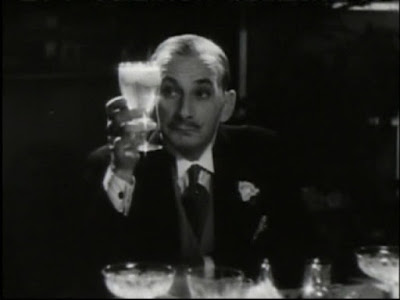 Leon Errol emigrated to the United States around 1904 along with dance partner Stella Chatelaine (they married in 1906) and initially performed on the West Coast.  Leon's physical comedy with often inebriated characters and wobbly-legged walking made him an immediate hit onstage.  Off it, he was a jack of all trades, not only starring and producing but also writing music, lyrics and librettos.  While managing Orpheum Theatre in Portland, Leon hired an 18-year old Roscoe Arbuckle for one company tour.


The Errols eventually landed in New York for Leon's (and Stella's) Broadway debut on June 26, 1911: The Ziegfield Follies of 1911 also marked the debut of a truly groundbreaking comedy team when Errol collaborated with African-American comedy legend Bert Williams.  Whether they were the first black-and-white comedy team in the U.S.A. is uncertain, but Cullen confirms they were the very first to perform on Broadway.  Sketches with Williams as the service provider and Errol as his tipsy customer were judged the hit of the show in 1911 and the teaming continued for the next four years of Follies. 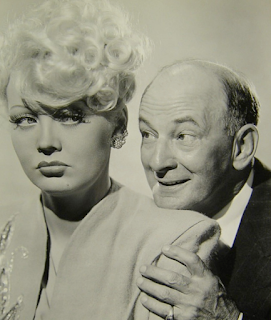 Thus began Leon Errol's long association with Broadway.  Over the next eighteen years, he appeared in 21 shows on the Great White Way, also directing and choreographing many, including the 1914 edition of the Follies.  While Leon was respected for his varied talents and impeccable with dialogue, it was his aforementioned drunk act that continued to attract the most attention, earning him the enduring nickname "Rubberlegs".  Staggering and tottering while wrinkling his beak-like nose, the balding Errol could also get laughs effortlessly without a single word. 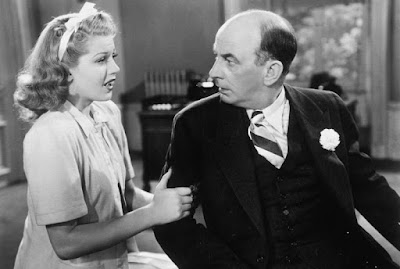 The ability to do so without great material would serve him well after he made the full-time jump to motion pictures.  Leon's prime years were spent on the stage.  By the time he starred in his first sound feature (1930's ONLY SAPS WORK) he was nearly fifty (maybe even over it, as noted above)--older than all of his comedy contemporaries save W.C. Fields.  By then, Errol's distinctive features had grown almost as rubbery as those legs, which still wobbled as unsteadily as ever.  Errol transitioned comfortably into both features and two-reelers. 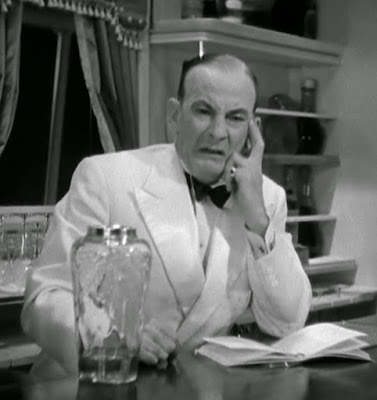 If his age was the first reason that Errol didn't quite get the push to stardom that younger comedians received in the next two decades (i.e. the Marx Brothers, Laurel and Hardy, the Three Stooges), the second might be repetitive material--more on that we go move through his filmography in future posts.


As was the case with Fields, age didn't really soften Errol's onscreen image, which belied his faithful forty-year marriage off screen.  Philandering, lying, sneaky and lecherous, the stock "Leon Errol" character of the RKO shorts is pretty refreshing to modern eyes.  No wonder the series lasted eighteen years (after a brief stint with Columbia's shorts department).  Leon had the avuncular role of Uncle Matt Lindsay in the MEXICAN SPITFIRE film series (1939-1943) opposite equally underrated Lupe Velez, and also got to play his besotted, toffee-nosed alter ego Lord Epping in seven of the eight films in that very popular RKO series.  Dual roles were always a specialty: Errol had well over a dozen in his filmography.

Despite his late start in Hollywood, Leon Errol was remarkably durable.  He kept right on working after Stella Errol's sudden death from a brain hemorrhage in 1946, landing another film series as Knobby Walsh in the JOE PALOOKA series while continuing to churn out shorts for RKO.

There was some concern that Leon was nearing the end of the line in 1950 when an illness forced his exit from the PALOOKA series after eight entries and limited him to three new shorts, but the septuagenarian comic came roaring back the following year.


Errol completed six new two-reelers in 1951, playing a dual role in two and reprising his most famous alter ego in Lord Epping Returns, which sadly would be the last released in his lifetime.  Just three weeks after its release, Errol suffered a fatal heart attack on October 12.  And if two-reelers were slowing down, Errol hadn't been intending to: he was in negotiations to bring his character to television in 1952 with long-time screen wife Dorothy Grainger co-starring.  A trouper to the end. 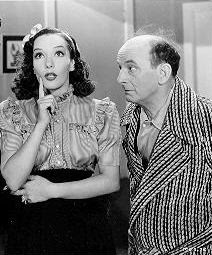 Leon Errol could make even a weak script hold some interest with his considerable and well-honed talents.  As the Leon Errol Salute Series commences, we will review some of those now-forgotten--but surprisingly entertaining--shorts and feature films that Mr. Errol left for us during the last two decades of his fifty years in show business.

My first exposure to Leon Errol was when WSBK out of Boston ran his RKO shorts in rotation with Edgar Kennedy back in the 70's. Unfortunately, those same shorts are hard to find now.

First-rate write-up, Hal. The RKO shorts often suffer from asme-ol'-same-ol' but it's pure pleasure watching Leon go through his paces. He was just that great.

My introduction to Leon Errol was the same as previous post back in the 70's on WSBK channel 38 in Boston along w/ Edgar Kennedy RKO shorts. A while back I did purchase only available DVD "Two Reeler Collection" of Leon Errol on amazon. I've been waiting for more but that was it. I agree a very funny comedian who has been overlooked for a long time.

Thanks all for the kind words and for reading. :) Leon's two reelers were a staple here locally at KTVT Channel 11 (DFW) in the afternoons. Alternated with Edgar Kennedy in bridging between the 1:00 Afternoon movie and the start of after school cartoons. I have that same two reeler collection (and about 38 more of varying quality on VHS) but really hope that these get a more complete box set at some point. Hey, we finally got the MEXICAN SPITFIRE series on DVD, so who knows?