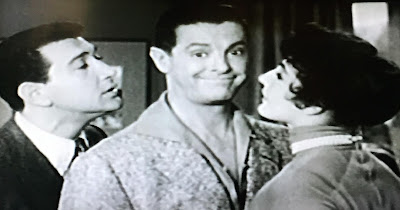 
Series overview for LOVE THAT BOB a.k.a. THE BOB CUMMINGS SHOW is at this link. 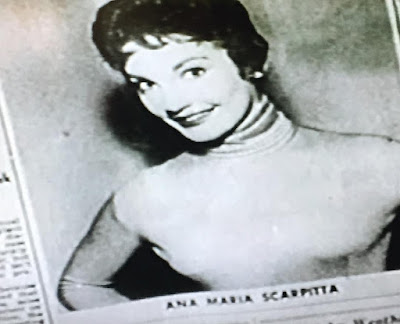 Virile ace photographer and aviation hero Bob Collins isn't about to take that one lying down.  On the other hand, Collins' WWII comrade Harvey Helm--in the doghouse with wife Ruthie for the crime of going bowling with Bob--finds Ms. Scarpitta to be remarkably perceptive.   To set them both straight, Bob visits his favorite Italian bistro and enlists the help of proprietor Tony. 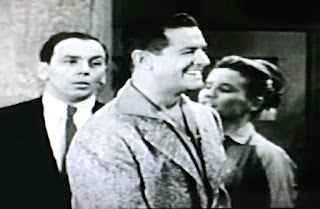 Seeing Tony's wife Rosa responds to her husband's forceful directives in their native tongue sets just the Alpha Male example for Harv (who still might need a little Vino for courage first).   Collins certainly doesn't need his masculinity fortified --just his fluency in Italian, the only language Ana Maria speaks.  But are those Ana's true thoughts in the paper?  Or just fake news, 1956 edition? 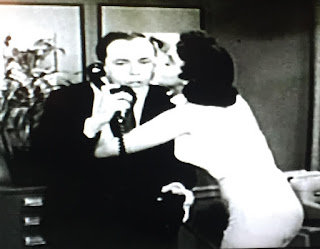 Lest you think that Bob Collins is completely libido-driven, The Dominant Sex gives us two unloinal incentives for our unrepentant Playboy: patriotism and henpecked Harvey Helm's home life.  The latter well was mined at least twice per season, usually with the always suspicious Ruthie Helm (Mary Lawrence) present.  Even when off-screen for the duration as she is here, Ruth is still feared by Harv, whose life clearly took a turn towards the Beta after his heroics in "The Big One".  As for the former motivator, well, just check out that look of determination when Bob confronts the donna detrattore face to face for the first time: 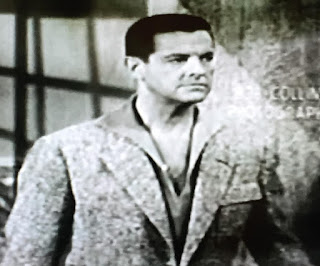 Is it a man passionately looking at a woman he adores, or resolute defense of the good old U. S. of A?  I'd say it's a little of both, but Bob certainly had the latter on the brain throughout The Dominant Sex.  Take his job interview with prospective new model Marie de Carlo (played by delectable VOODOO WOMAN star Marla English).

Upon finding out the aspirant's Italian heritage, Bob suddenly switched gears and set out to prove he was no "unromantic businessman". 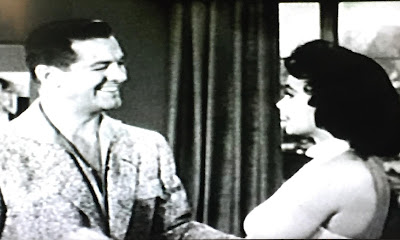 The subsequent evaluation of his applicant would cause apoplexy today, ending with a passionate kiss, a hire, and one blissful (!) new employee left in his wake.  Miss de Carlo was taken aback, sure, but in a good way.  Suffice to say that The Dominant Sex is not a joyous installment for poor pining Charmaine Schultz. 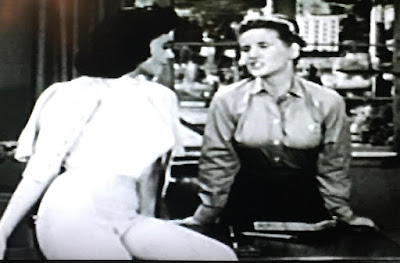 But despite what you've read over the last few paragraphs, The Dominant Sex isn't fully the bastion of male chauvinism it might appear to be on the surface.  With one exception, everyone is putting up a front.   Tony's delivery is domineering, but the words?  A much different matter. 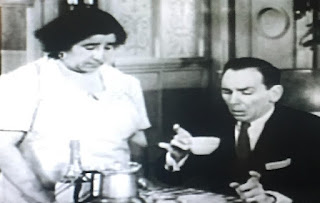 Wife Rosa lets Harvey in on the secret: Tony is telling her how much he loves and needs her--assertively.  Under all that bluster, they're both getting what they need and working as equal partners at home and at work.  Dominance?  A matter of perspective.  Hell, the restaurateur is an example that even Bob singles out for aspiration. 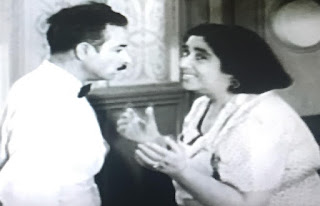 But check out how quickly Tony changes from commanding to panicky when "Bobby" almost uncovers the true meaning of those clandestine words.  In the end, Tony maintains his "kingdom" and usually hapless Harvey regains his--sort of.  That seemingly glacial young actress?  She's angry with press agent Towne for letting that misrepresentation of her feelings get into the news.  It turns out she loves American men.  (Though it's never pointed out that her "front" was created for her by--American men at the studio.)

And footloose, fancy free Bob?  He's that exception we spoke of.  He thinks he's won the Ice Queen over with his take-charge virility--a pretense, too, but not a known one to him.  In the end, the bachelor wins again: he has two new Bella Donnas for his black book. 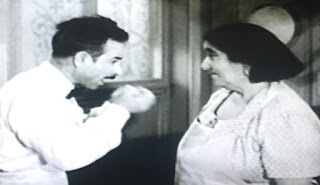 Actors Don Orlando and Grazia Narciso were both native Italians, with the former specializing in ethnic roles and the latter (eighteen years Orlando's senior) being a relative late bloomer, starting her film career at age 54.  This was the only LOVE THAT BOB for both, but not for our two models.

Chosen as Miss Cheesecake of 1954 for good reason, Marla English disappeared from screens within a year to become a bride at age 21.  Before she left, she returned for Long Live the King and scored leads in RUNAWAY DAUGHTERS and the campy, memorable THREE BAD SISTERS. 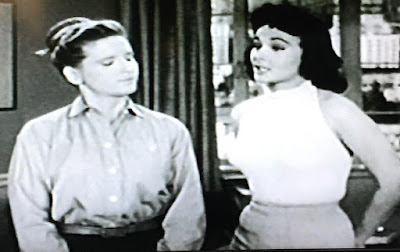 Lita Milan stayed around a bit longer, both on BOB (including two as the similarly named model Marie de Paulo) and in Hollywood before abruptly retiring to marry Ramfis Trujillo (son of the infamous Dominican Republic dictator) in 1958.  Emmy nominated editor Guy Scarpitta gets the patented Paul Henning in-joke this time with the leading lady named for him. 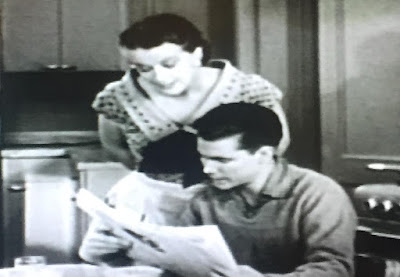 No one, for once.  Not even envious agent Warren Towne, who, by the way, is played by future F TROOP producer Hy Averback.

With Ms. de Carlo, he looked to be well on his way.  And with Ms. Scarpitta? 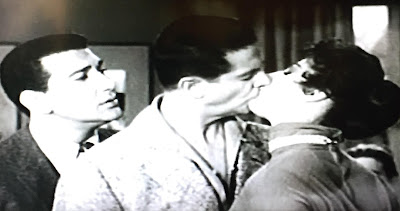 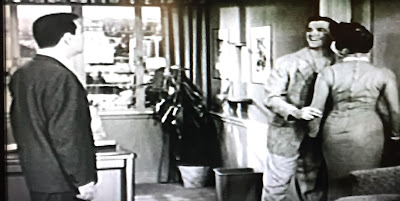 With a sotto instruction to agent Warren Towne: "wait in the car".  What do you think?


The show stays funny and fresh throughout while examining which gender is The Dominant Sex, and I suspect this episode would have had a question mark in its title if the British film of the same name (1937) hadn't already done that.  Uniquely, only Bob himself is exactly what he seems this time around--with the exception of his faux fluency in Italian, of course.  A fairly clever and almost shamelessly guilty pleasure to modern eyes that rivals Bob Gets Harvey a Raise in that regard.  (*** out of four)