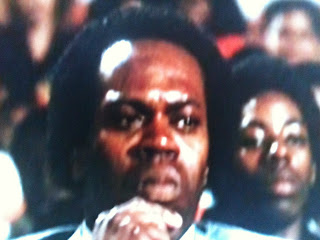 
Today, The Horn Section remembers that special moment in time when one of television’s brightest stars made the leap to the big screen after three years of paying his dues in one of the most popular shows on television. He starred in a film so specific to the late Seventies that it belongs in a time capsule. A movie that told the story of a young Brooklyn man and his dream, a dream that suddenly appears to be within reach, if he can only manage the one big victory he needs as a springboard. A clichéd film, true, with a familiar and slight storyline, but one that briefly turned the former star of WELCOME BACK, KOTTER into one of the biggest movie stars in the country.

Oh, no, not that one. I’m talking about FAST BREAK, starring the great Gabe Kaplan.

Kaplan plays a New York deli manager who, much to wife Randee Heller’s chagrin, still has an unrequieted love for the game of basketball. His dream of playing long gone, he settles for being a player-coach at local pickup games while dreaming of a coaching opportunity. He finally gets a nibble from hopeless Cadwallader College, a small Nevada school with an unathletic team and a University President who plays the Ink Spots’ If I Didn’t Care in an effort to make black recruits comfortable. As if he didn’t have enough obstacles to overcome, his wife refuses to make the trip, the contract offers him only $60 per win, and the only way to ensure job security is to schedule and defeat Nevada State, a top 10 program with a legendary coach several conferences (at least) above Cadwallader. 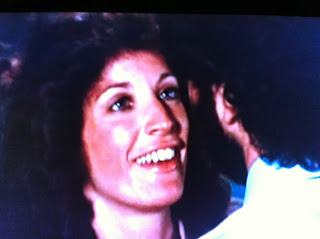 But Kaplan has an ace in the hole: his streetballers in New York. After recruiting pool shark Bernard King and two guys with legal troubles (Michael Warren and Harold “Griff” Sylvester), he puts his recruiting skills to the ultimate test, and talks Mavis Washington (female college basketball and volleyball legend at UC Riverside in real life) into not only forgoing her existing scholarship, but masquerading as a guy, “Swish” in order to realize her own basketball dream. They pile into Gabe’s station wagon (the same car driven by Coach Kenny Reeves!) and head to Nevada.

Everything in FAST BREAK is familiar to the seasoned moviegoer, but the film seems most indebted to that 1970’s landmark, THE BAD NEWS BEARS. A girl and a delinquent inject some athleticism into a hopeless team. The girl is the best player on the team. A hustle is attempted at a table game in order to gain leverage for the ultimate goal. A never-was wins redemption by coaching a team of misfits to the big game. The coach gets overzealous in pursuit of the victory but is set straight by his players in the nick of time.  It's all here, along with some (still funny) swipes from elsewhere: for example, the pot scene is lifted directly from Cheech and Chong’s first record. 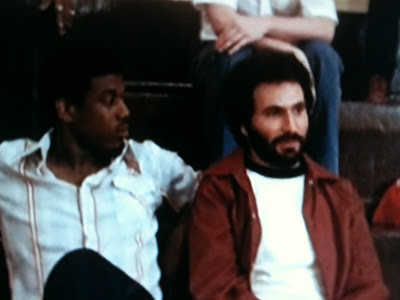 Director Smight keeps the pace brisk and the tone breezy: while ONE ON ONE and BLUE CHIPS solemnly detail the shocking recruiting practices of college coaches, FAST BREAK plays the same shady recruiting for laughs throughout. The few serious interludes are brief and unintrusive. While no one will ever mistake Gabriel Kaplan for a great actor, he is always likable, a great asset in an overly recognizable and at times very implausible (A top-10 school scheduling a fledgling second-rate college in the middle of a season? Washington concealing her gender 24/7 for several months?) film. This would be Kaplan’s lone big-screen success: following the failures of TULIPS and NOBODY’S PERFEKT in 1981, Kaplan would turn to stage (triumphing as “Groucho”) and professional poker full-time. 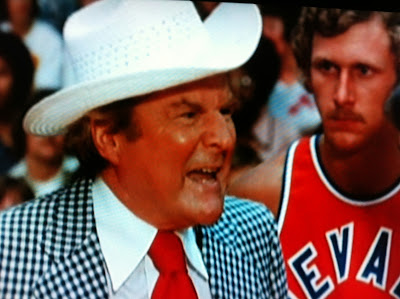 There’s a million just like this one, it is dated, and it has some plot developments that are a bit hard to swallow.

Ok, so there’s a million just like it. There’s a reason this sports movie formula gets repeated, over and over again: it works! Hell, to this day, they still look for true stories that fit the formula: i.e. MIRACLE and GLORY ROAD. 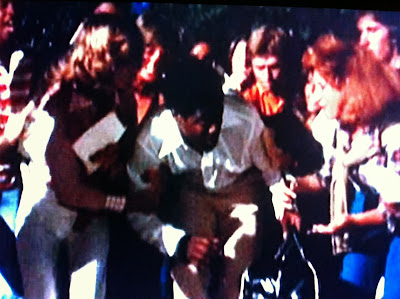 And what a great commentary we could have, with Gabe, who’s very informative and funny every time you see him on HIGH STAKES POKER; possible Hall of Famer Bernard King; collegiate two-sport legend Mavis Washington; and Harold Sylvester, for starters? A commentary is a must, dammit!

Finally, as unbelieveable as it may be, the Holy Basketball Trinity of the late 1970's (ONE ON ONE and THE FISH THAT SAVED PITTSBURGH along with this one) is oh for three on DVD!  How can this be? Hell, they should be available together in one boxed set, if possible! But, if I had to choose one: 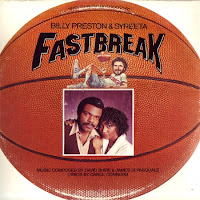 At the risk of having Coach G. D. Spradlin come after me with a red hot poker, I nominate FAST BREAK for DVD over ONE ON ONE because the latter is a hell of a lot more pretentious, while being just as implausible (i.e. Spradlin recruits Benson even though he doesn’t fit the system?). Case in point: a “sensitive” Seals and Crofts soundtrack, versus the uplifting, discofied “Go For It” by Billy Preston and Syreeta? I rest my case!

I’ll also nominate FAST BREAK over THE FISH as well. So they have Julius Erving and Meadowlark Lemon. I’ll counter with Bernard King (top 60 all time NBA player), Michael Warren (also NBA), USC footballer Reb Brown, Kaplan himself (who famously smoked Robert Conrad on BATTLE OF THE NETWORK STARS) and finally, Mavis Washington who adds gender equality in addition to her mad skills. Does THE FISH have a similar female basketball legend? Hell no! (As a side note, Mavis wuz robbed at the Oscars. I mean, Meryl Streep for KRAMER VS. KRAMER?  WTF?  Streep didn't even learn a new accent for that one!)

Gabe Kaplan, major movie star. Shouldn’t this moment be preserved on DVD for posterity? I vote yes!
Posted by Hal at 8:01 PM

The Fish that Saved Pittsburgh did have Stockard Channing, however, and some good bumbling management & coaching.

At the end of the day, however, Kaplan is enough to push it over the edge.

I’m right there with you, loved this movie, found it today on demand, never gets old, Cheezy, Cliched,Corny, and a Grade A, B Movie. MAKE IT HAPPEN and send me a DVD, to add to my collection of hundreds of movies, I got a special place on my shelf and in my heart for FAST BREAK!!!

Bought a 16mm print of this film off ebay and after watching it I have to agree, it's a great snap shot of the 70's and would be nice to have a copy on DVD. It appears that the film has been uploaded to youtube