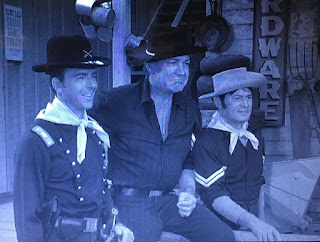 
Captain Parmenter has been studying that manual again.  Realizing the troop is supposed to be performing night maneuvers once a month, he has Dobbs blow assembly at 2 A.M. for a troop expedition that turns out to be perilously close to the Hekawi camp.  Well, maybe not perilous in the normal sense, but it takes the men uncomfortably close to the hiding place for O'Rourke's still. 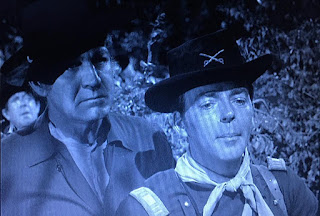 "Sarge, this is brutal!  You're slipping!  How come you couldn't talk the Captain out of this?"
"Well, this is a tough one.  He knows the difference between day and night."

Dispatched to keep the whiskey source concealed from the C.O., Agarn goes to the top of the hill to divert as necessary--and accidentally sends a big boulder downwards.  The rock lands where Chief Wild Eagle had been standing just seconds before Parmenter pushed him out of the way, and Roaring Chicken lauds the Captain's bravery in saving his Chief's life.  Hekawi tradition necessitates a late night ceremony, to be followed by a mysterious gift later.  The troopers learn just what the present is the following night, when a Hekawi baby is left outside Parmenter's quarters with a note. 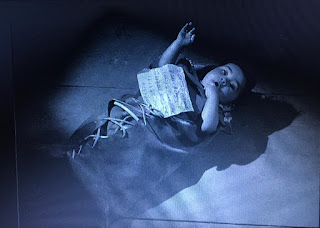 After an eleven season(!) run with THE JACK BENNY PROGRAM ended with the show's finale in April 1965, Hal Goldman and Al Gordon remained a team and began freelancing for sitcoms.  In addition to single scripts for GET SMART! and CAPTAIN NICE, they contributed one episode to each F TROOP season.  Following the weakest installment of the first season (She's Only a Build in a Girdled Cage), A Gift from the Chief can't help but be a step up.  However, it's too conventional to fully restore the show's raucous momentum. 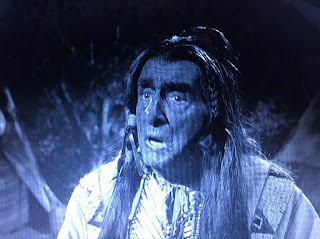 "All right now, men, you've heard the Captain!  There'll be no questions asked, no one excused.  F Troop is going on night maneuvers!  And we're going first thing in the morning!  Troop dismissed!"

Things get off to a promising start, though.  The Sarge's deadpan attempt to stop the night maneuvers gets shot down faster than the lookout tower, but the crafty one is repeatedly proven correct.  F Troop performing this nocturnal drill is a predictably terrible idea that just keeps getting worse: the Captain falls in a bear trap, the troop gets lost, and the night becomes endless thanks to Parmenter's bravery.  The hits just keep on coming the next day---poison oak sends several soldiers to the dispensary and the needed restful night after doesn't materialize. 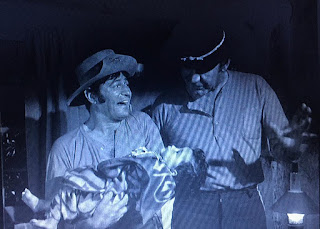 Charles R. Rondeau handles the restraint rather well, bringing lots of laughs out of O'Rourke's sotto frustration and Parmenter's (futile) efforts to calmly save face.  Unfortunately, the arrival of the papoose really slows the humor for an episode that was more subdued than most to begin with, and the punch lines are lacking in several key situations (i.e., the best Wild Eagle can come up with when his joke is greeted with stone faces?  "You should be ashamed of self.").  It's easy to see that the producers felt they needed enough heart to maintain the audience established in F TROOP's wild early segments, but this attempt ironically had the opposite effect with the show's lowest Nielsens to date. 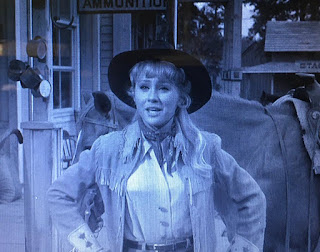 "Hoppin' horntoads!  You don't feed a kid that!"

O'Rourke Enterprises isn't entirely forgotten--the Sergeant's foremost thought is keeping his 50/50 business partner happy--but is firmly on the back burner as he and Agarn make every effort to keep the newborn placated.  Ultimately a woman's touch is sought, and Wrangler Jane saves the day after her initial misunderstanding about Wilton having a baby. 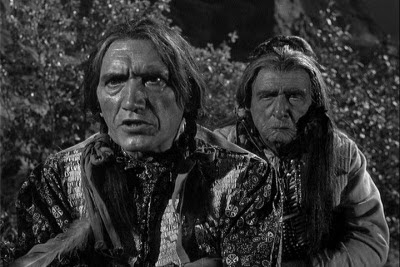 A Gift from the Chief marks the sixth and final appearance for Edward Everett Horton as Roaring Chicken.  The ageless Horton departed to take the role of Starkeeper in the revival of Carousel, and was replaced by J. Pat O'Malley as a nameless medicine man in The 86 Proof Spring and Here Comes the Tribe.  Horton's inimitable delivery was missed, and his departure was initially thought to be temporary, but he soon found himself Wally Pipped as Don Diamond's Crazy Cat took over as Wild Eagle's more ambitious (and IMO even funnier) sidekick. 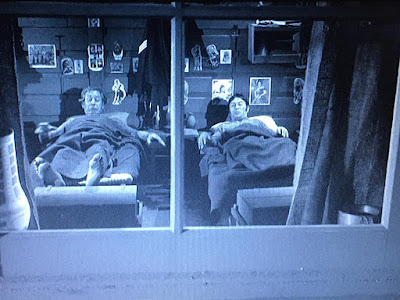 The Gordon/Goodman foray into sitcom freelancing was short-lived.  The duo soon found steady comedy-variety work outside of Benny's occasional specials a season later with the Smothers Brothers, but did return to F TROOP for an encore that same year with For Whom the Bugle Tolls.  Both of their contributions to the Fort Courage universe are amiable, among neither the best nor worst installments, but the latter is considerably more inventive. 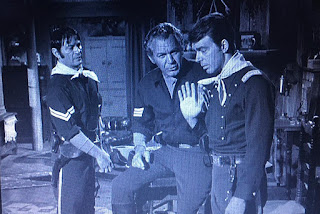 Chief Wild Eagle can't swim.  Also, quite a few Army regulations, such as: "No children under 18 will be permitted to live within the confines of the fort."  This was apparently repealed by the time of The Sergeant and The Kid.

"When a baby cries for its mother, the mother is going to be crying so much louder that nobody in camp gets any sleep, including Wild Eagle."  Well, it actually makes sense, so it is probably the weakest of all wisdom from the Wild One. 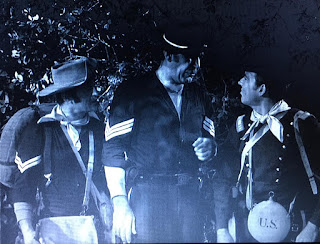 Obviously taking a child from its mother is a pretty primitive custom to be assigned to the more forward thinking Hekawis.  On the other hand, Wild Eagle abolishes it in the coda (maybe Roaring Chicken's insistence caused him to be replaced??).  Pointedly, Wrangler Jane's diplomacy is far more successful than the F troopers, so the ladies have their day in this one.

Debuting Gordon and Goldman get the characters right, but the lines mostly fall flat after a decent first act and the conventions are followed rather than skewered.  A Gift from the Chief isn't terrible, just ordinary--which makes it a lesser light in a season with a remarkably high batting average.  It's a plot too common to other sitcoms, and far more fitting for most of them than for the F TROOP universe, which always did cynicism far better than sentiment.  (**1/2 out of four)

Horton spoofed his F TROOP role in his BATMAN appearance in 1966, playing "Screaming Chicken". F TROOP did a BATMAN in-joke on one of that season's episodes as well, and of course the two shows were back-to-back on ABC's Thursday night schedule.