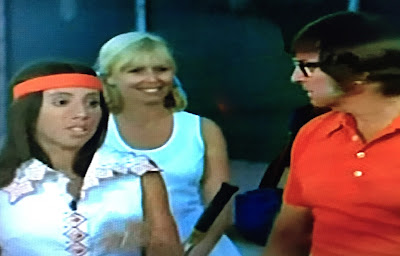 
To get the office maverick out of his hair for a few days, Captain Ryan loans Christie Love and partner Gallagher out as crowd control during the anticipated "Battle of the Sexes" rematch between Bobby Riggs and Rosie Casals at the Palm Valley Tennis Club.  The prize: $250,000, winner take all. 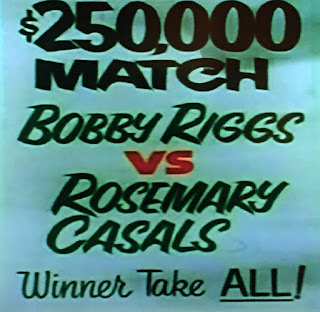 That is, if the cash makes it to the match.  Promoter Walt Harris is as compulsive a gambler as Riggs, and heavily indebted to loan shark Reese.  Reese's threat to torch the resort has Harris going along with a scheme to stage an armed robbery of the quarter million, but both the robber and the robbed are planning a double cross--in partnership with Mrs. Harris! 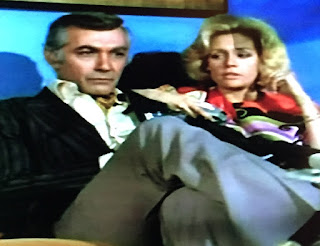 Unfortunately for the shylock, she turns out to be a loyal wife, so Reese ends up dead and his unsuspecting driver Madison makes a perfect patsy after he drives away in panic and crashes the car.  The money's "missing" and the explanation seems to add up--to everyone except Christie, who is willing to give Joe Madison the benefit of a doubt. 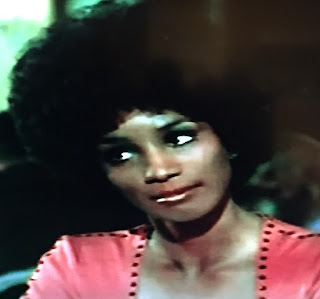 The Big Rematch is partial wish-fulfillment for guest star Bobby Riggs, who never succeeded in getting Billie Jean King back on the tennis court but at least got this fictional do-over against her longtime doubles partner with a prize dwarfing the original's ($100,000).   Riggs might have missed out on that six figure reward, but in the years that followed the Astrodome debacle he made a mint playing himself on prime time in series ranging from JIGSAW JOHN to MCMILLAN AND WIFE. 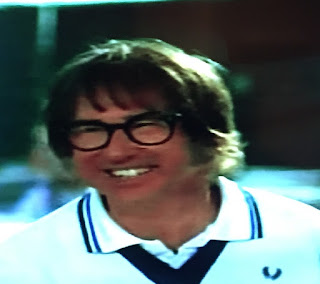 As was the case with his memorable 1973 ODD COUPLE installment, Riggs' hustling prowess is preserved on film for posterity, with the tennis legend winning a match in scuba fins while carrying a parasol.  But the cartoonish chauvinism from that sitcom appearance is missing from Riggs' persona in the CHRISTIE LOVE universe.  Bobby limits his quips to the "you know she wants me" variety as Casals frequently rolls her eyes and makes the obvious retorts.  And, so much for male supremacy--Riggs even offers Christie a full-time gig as his bodyguard.  Don't worry about our boy going soft, though--he proves his newfound "commitment" to Women's Liberation by sticking Rosie with the dinner check. 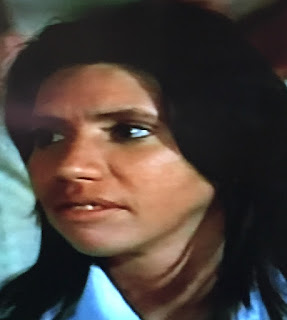 The tennis Hall of Famers might not be professional actors, but their verbal sparring keeps The Big Rematch amusingly watchable for its first half.  Unfortunately, Riggs and Casals vanish around that point, forcing our attention towards a murder/robbery lacking both suspense and logic. 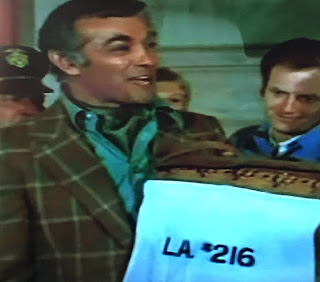 Without the luck of an automobile accident that would have been impossible to foresee, the Harris's scheme would have had little to no chance of success.  Writer Berk seems to realize the weakness, even having Mr. Harris lampshade it by admitting his uneasiness with having his partner identify Madison as the assailant. 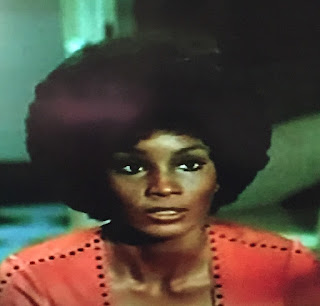 More puzzling is the couple's plot to eliminate Detective Love permanently.  The timing makes no sense: Christie was just dressed down by the Sheriff and her boss right in front of them, with the latter ordering her back to L.A. the next day.  Why reignite a fire that seems to be fizzling with a sudden death that would arouse suspicion?   Not only is the timing highly suspect, but Mr. Harris goes into Love's conveniently unlocked(!) hotel room sans mask or gloves, leaving fingerprints galore on the fireplace he's sabotaging.  Amateur hour describes not only the scheme, but Machon's flat performance as the supposed mastermind.  In a series still digesting Glen Larson's mid-season changes in cast and tone, you need all the verisimilitude you can get. 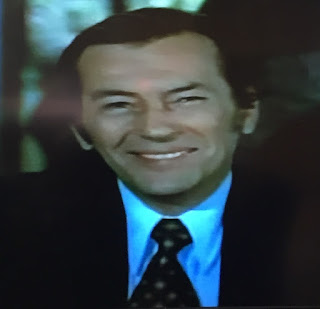 Those adjustments (introduced in The Deadly Sport) in the supporting cast show mixed results in The Big Rematch.  Jack Kelly's more expressive Captain Ryan is an upgrade over Charles Cioffi's Reardon, with the former Bart Maverick capably wringing chuckles out of Ryan's annoyance with his subordinates. 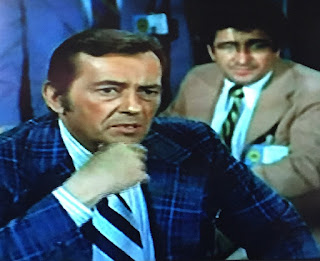 Less successful is the switch from Andy Romano's stoic, reliable Caruso to Michael Pataki's animated, garrulous Gallagher, which gained some smiles but lost sorely needed credibility.  Frustrated writer Gallagher works on scripts while he's on the clock, blurts out inside information on the investigation on TV, and generally makes you wonder how the Hell he keeps his job. 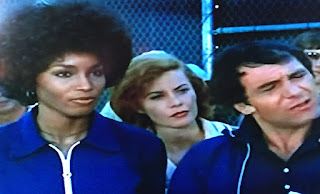 So, who wins the big match?  Unfortunately, we don't find out, as Riggs and Casales are still competing at the final freeze frame.  But we do get a doubles match earlier, with Casals/Love besting Riggs/Gallagher.  Proving she's no Oscar Madisoy, Christie gets the match point past the great hustler herself.  It's too bad this competition only gets about a minute of screen time, since Graves looks phenomenal in her tennis outfit. 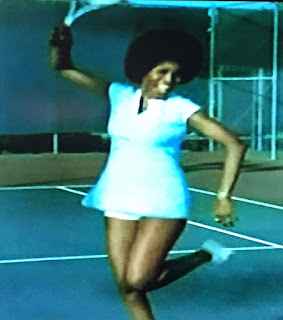 Prize money being used to satisfy mafia debts eerily anticipates the controversy that would engulf The Battle of the Sexes four decades later.  More uncomfortable: the plan to use a malfunctioning fireplace to murder Christie--star Teresa Graves would meet her untimely demise in a house fire in 2002. 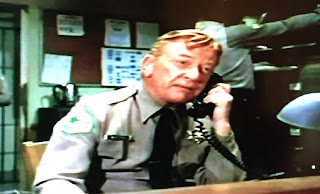 Just one, Sugar--following Christie's declaration to the thieves that she never bluffs. 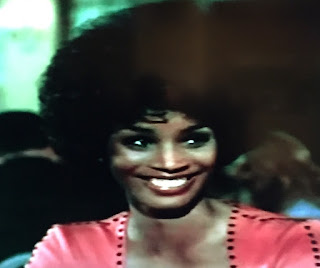 The enduring, seemingly timeless fascination with Bobby Riggs and tennis' Battle of the Sexes makes The Big Rematch an entertaining period piece for its initial half, but a consistent lack of plausibility hurts badly once the sparring ITHOF'ers exit and the sloppy heist takes over for good.  A letdown from usually reliable writer Howard Berk, who was responsible for first-rate installments of THE ROCKFORD FILES (Counter Gambit) and COLUMBO (By Dawn's Early Light) elsewhere during that 1974-75 season.  (** out of four)