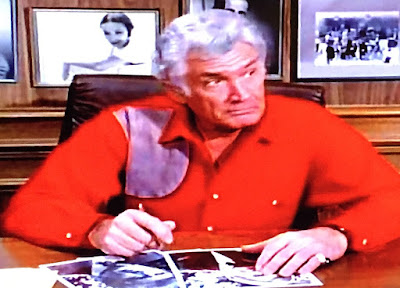 
Flamboyant, free-spending movie star Nicholas Roland faces a competency hearing forced by his daughter, and his estate lawyer Harrison has the exasperating task of keeping the legendary actor out of the tabloids until the controversy is resolved.   Keeping an eye on Roland proves to be a task challenging for even the senior Fox, who finds the schedule (including fencing, spa days and mysterious private trips every Thursday) exhausting. 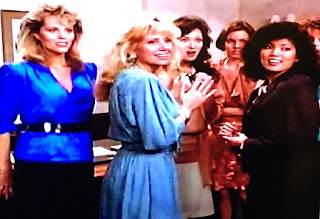 "Nick" manages to persuade his new keeper to stay after Harry solves his staged kidnapping, but the star's eccentric behavior is increasingly hard to explain, even for longtime chauffer Briggs.  If the threat of losing his financial independence isn't enough to start the explanations coming, the murder of Roland's business manager will have to be. 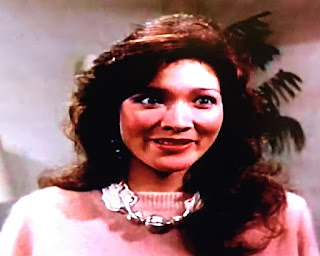 Opening with a montage establishing Nicholas Roland as Hollywood royalty of several decades, Fox and the Wolf is CRAZY LIKE A FOX at its breeziest.  Gene Barry's bon vivant effortlessly sweeps every lady he meets off her feet and pampers himself and those around him, putting Harry in the unfamiliar position of mother hen.  And the equally foreign position of quitter.  Yes, bulldog Harry Fox gives up--not once, but twice!  Fortunately the emergence of a baffling mystery--even more enticing than Roland's promise of weekly manicures--keeps the grumbling old Fox around. 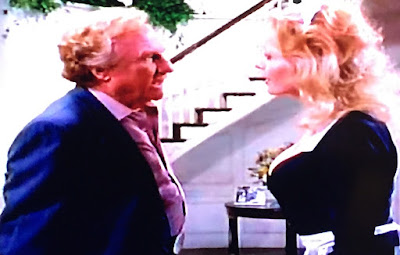 Which can't be easy, since Fox and the Wolf is Barry's show, with our usual exasperator Harry elbowed out of the way to become one more exasperated adult in Roland's life.  He joins his own son, Roland's two daughters, and the star's accountant in that category--only chauffer Briggs takes everything in stride.  We learn very early that the shoe will be on the other foot, with Roland actually asking Harrison "what could possibly happen?" in his first scene.  The hammy actor even bests Harry behind the wheel, escaping his watchdog and triggering that second resignation from the elder Fox.  Not that this change of pace is a bad thing: the ever-versatile Warden handles his one-time switch to straight man smoothly, and the role of Roland fits the always debonair Gene Barry like a glove. 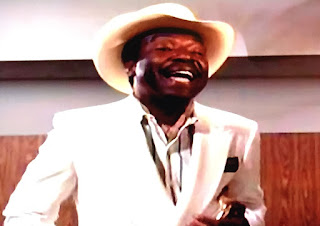 It doesn't hurt that this especially poised episode has several enjoyable left turns and a mystery that holds water.  Seeing Harry more ruffled than Harrison for a change is just icing on the top. 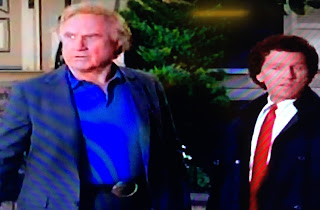 While on the topic of added bonuses, Nicholas Roland is constantly surrounded by beautiful women, and we can be just as impressed as Harry is.  Teri Hafford and Theresa Ring are among those attending to our men in the spa (and yes, Mr. Fox has a smoking cigar sticking out of the towel on his face--what else did you expect?).  Kelly Andrus is Roland's fencing coach, and best of all, 1976 Playmate of the Year Lillian Muller (credited here as Yuliis Ruval) is the movie star's French maid. 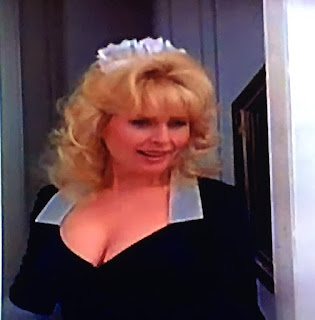 In a season that saw the premieres of THE GOLDEN GIRLS and THE EQUALIZER and highly rated reunions for PERRY MASON and THE ANDY GRIFFITH SHOW there was much written about the "graying of prime time".  Seeing a 67 year old Gene Barry plausibly woo over a half dozen women half his age while swashbuckling his way through this highly enjoyable hour epitomized the venerability of 1985-86 television as well as any of those success stories. 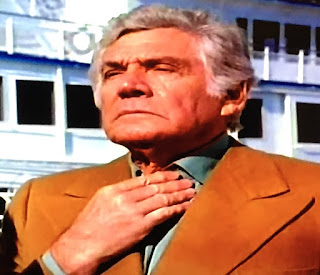 While Fox and the Wolf ranked a very respectable 24th in the weekly Nielsens (19.0 rating, 27 share), it came in second in its time slot to the highly promoted opener of BLACKE'S MAGIC, which starred two more of those comeback veterans: Hal Linden and Harry Morgan.  Sadly, it would be the final Sunday airing for CRAZY LIKE A FOX, and not coincidentally the final time that the show placed in the top 25.  Too bad, because the one-time Amos Burke was a prime candidate for a repeat visit to the Fox universe.  This fast-moving, highly enjoyable outing from TV lifer Paul Stanley (HAWAII FIVE-O) is one of the season's best.  (***1/2 out of four)