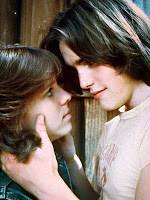 Kristy McNichol is a tough, poor, chain smoking tomboy.  Tatum O'Neal is a prissy rich girl wearing the latest designs.  They're sent off to summer camp by parents who are having problems: McNichol's single mom Blye is man hunting, and O'Neal's parents are on the verge of a divorce.  After the two polar opposites get off on the wrong foot with a fight on the bus, McNichol and O'Neal are egged on by snooty aspiring model Errickson (think Mena Suvari's AMERICAN BEAUTY character) to settle their differences with a bet.

Said contest?  As the only two "inexperienced" girls at camp, they'll compete to see who is first to lose her virginity--with everyone else placing their own wagers on the outcome.  McNichol sets her sights on Matt Dillon from the neighboring boys' camp, while O'Neal aims older: French-speaking swim coach Armand Assante (30 at the time to O'Neal's 16!). 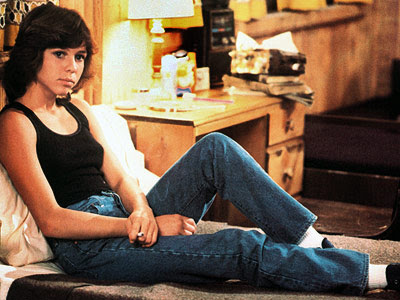 LITTLE DARLINGS is yet another film at odds with its marketing.  Those of a certain age (I was 11) at the time of LITTLE DARLINGS' release will remember print ads playing up the titillation factor, but the two teenaged stars were already respected Emmy (McNichol, for FAMILY) and Oscar (O'Neal, for PAPER MOON) winners, and the script by Kimi Peck and Dalene Young is ultimately a sensitive coming-of-age drama despite the comedic elements.  There's some profanity, sure, but no F-bombs, and if you blink you'll miss the only glimpse of nudity: males skinny dipping, from Schacter's binocular-aided P.O.V.  Yep, LITTLE DARLINGS isn't just a rare summer camp teen drama, it's also a chick flick.

The MPAA gave it an "R" but teen boys were hooked by the marketing, teen girls by the word-of-mouth, and LITTLE DARLINGS ended up 20th at the box office for the year 1980, grossing the equivalent of just under $100 million in today's dollars ($34 million in '80 if you're curious).  They just don't make 'em like this any more.  In addition to the central plot, there's underage drinking/smoking and perhaps the biggest eyebrow raiser today: the aphrodisiacs and other questionable pills/potions passed out by Nixon's tween hippie chick. 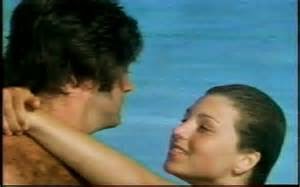 McNichol is the standout but the teen cast is uniformly strong, with future stars Nixon and Dillon already showing considerable chops.  Peck and Young help out with credible dialogue.  Their script is far from perfect: the resolution of the O'Neal-Assante situation (potentially very sticky) is glossed over too quickly and the food fight seems forced, as if they were trying to "punch up" a script deemed too serious.  Overall, though, LITTLE DARLINGS is a solid drama from a perspective too seldom seen in the summer camp subgenre, and given its popularity its absence from DVD is particularly puzzling.  Maxwell directed McNichol again in 1981's THE NIGHT THE LIGHTS WENT OUT IN GEORGIA.  O'Neal went on to another May-December romance in her next film, the disastrous CIRCLE OF TWO, with 54 year old(!) Richard Burton. 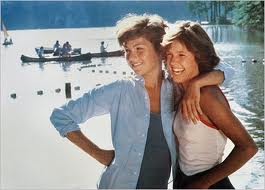 The central plot focuses on a 15 year old girl attempting to seduce a man twice her age.  The soundtrack features Supertramp, Blondie, John Lennon and the Bellamy Brothers (among others) making music rights an issue.  Underage drinking, underage smoking, and both leads have faded from the public eye as adults.  Matter of fact, McNichol hasn't acted at all in over a decade.

You know, on the surface, sounds logical enough, but on closer examination, none of this really holds water.  I'll explain: 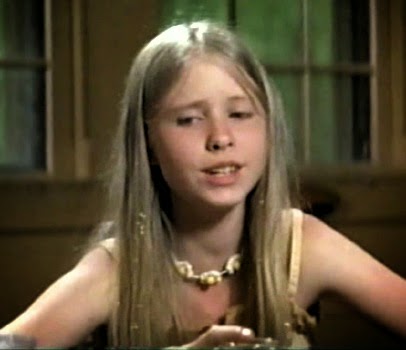 Ok, first off, let's take on the above reasons "why not" one by one. O'Neal's attempted seduction of Assante? The aforementioned CIRCLE OF TWO, with its even more jaw-dropping O'Neal-Burton coupling and a scene with then 17 year old O'Neal topless, got a DVD release in 2006.   Furthermore, FOXES, released a couple of months earlier in 1980 to about one-third the box office, has been available on DVD for some time despite earning its "R" with plenty of underage drug use and sex---including a marriage between thirtyish Randy Quaid and a teenager.  Doesn't seem like a film that was much more popular than either should be kept off DVD for that particular plot element.

Music rights?  Didn't keep THE LAST AMERICAN VIRGIN (which didn't exactly light up the box office) from getting a release several years back despite just as many popular artists contributing.  Not to mention FAST TIMES AT RIDGEMONT HIGH and countless others.

McNichol and O'Neal haven't been lighting up the big screen as adults?  Ok, Jodie Foster has, which no doubt helped FOXES.  But Matt Dillon and Cynthia Nixon, just starting out in LITTLE DARLINGS (his second feature after OVER THE EDGE, her film debut), are still going very strong 30 years later.  Their earliest roles would would have to be intriguing to their current fans.

The only conclusion I can reach?  The sight of Nixon pushing uppers, downers and aphrodisiacs and spiking Assante's drink with a "love potion" is just too upsetting to SEX AND THE CITY fans and is keeping one of the most popular films of its year off DVD.  Yeah, that must be it.........
Posted by Hal at 8:08 PM

i have just got it