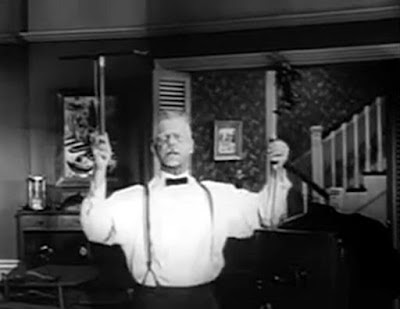 Series overview and introduction to the LOVE THAT BOB/BOB CUMMINGS SHOW episode guide.

The show's first Christmas brings a visit from Bob and Margaret's octogenarian grandfather, Josh Collins, a pioneering photographer (and don't you forget it!) in his own right who seizes the camera for a family Christmas portrait with hilarious results.  Lovable old Grandpa continues to cramp Bob's style in the city of angels, proving to be indefatigable in his pursuit of Hollywood Christmas parties and early morning basketball despite his advanced years. 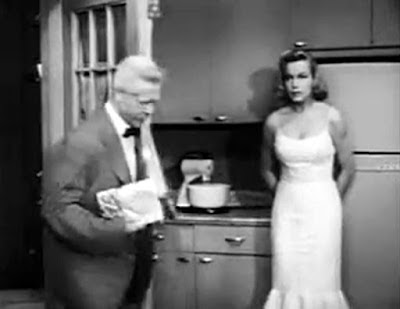 Determined to slow the old codger down (and get some quality time in with model Mary Beth Hall), Bob arranges for widow Taylor to take up Grandpa's next evening with board games.  Or is that bored games?  Grandpa sees Mary Beth at the office, and isn't quite ready to be relegated to women his own age just yet. 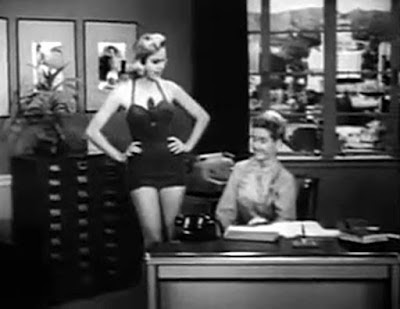 Cummings debuted an aged version of himself in It's Later Than You Think and made a brief appearance as his Grandpa in Bob to the Rescue, but this is the real coming-out party for one Joshua Collins: spryness belying his age and an eye for the ladies to rival his grandson's.  In the former quality, one can see the genesis here for some of the humor Henning would later use for his most famous fictional grandparent, Daisy Moses on THE BEVERLY HILLBILLIES. 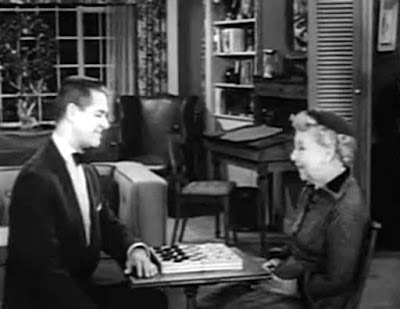 This first extended exposure to Grandpa hints at him as the inspiration for Bob's vocation as well as his avocations--their shared love of aviation would be explored later (Bob in Orbit among others).  The aging shutterbug's resistance of modern cameras gives us a nice opening gag--thankfully Josh Collins would overcome this aversion when filling in at Bob's studio.  Grandpa's literal interpretations not only anticipate HILLBILLIES but seem slightly inspired by Gracie Allen, which is no surprise given George Burns' partnership in the series.

Bob's model of the moment was Gloria Marshall (Bob the Body Builder) as Mary Beth, and in a sign of the times, she's struggling to get her 25-inch waist down to 23 for an important shoot.  Talk about bad timing with all the holiday temptations!  Grandpa's still eagle-eyed enough in his elderhood to surmise she's made the cut, but at the fade-out, we can surmise that he has likely had a big hand in her having to start all over again on the 26th.  While less heralded than Joi Lansing and Lisa Gaye, Marshall nevertheless made eight appearances on the series during the first four seasons and later ended up guest starring on both the aforementioned HILLBILLIES and PETTICOAT JUNCTION (in another Christmas installment). 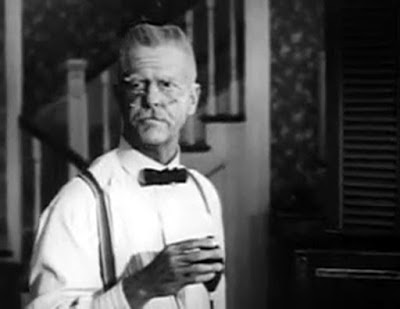 The refrigerator full of Christmas temptations is the only real yuletide indicator to be found in Grandpa's Christmas Visit.  There's no presents or mistletoe to be found, making Bob's Christmas Party the far more seasonal installment.  Grandpa's still-fresh presence dominates at home and office, with the "chip" consistently a step behind "the old block" so to speak.  And don't you forget it! 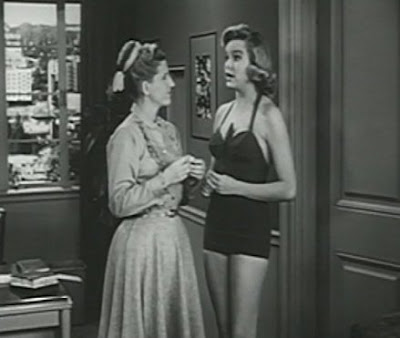 In what must be the spirit of the season, Bob is a much better sport after being bested by his Senior that he would be in future segments.  Grandpa's Christmas Visit is rather ubiquitous as one of the twenty-ish public domain LOVE THAT BOB episodes to receive numerous budget DVD releases.  Also too many YouTube postings to count.  Suffice to say that it delivers the goods as well as your average BOB and is a fine enough seasonal watch.

Schultzy should take notes: Grandpa again accomplishes this without even trying.

Only on the checkerboard, since the promise of blowing that diet was enough to send Mary Beth out with Grandpa. Hey, Bob, if that was enough to turn her head, you probably didn't have her interest level high enough anyway.

Amusing early installment for Bob's alter ego, and at the time the gimmick was at its freshest.  A bit more traditional than the later Bob's Christmas Party but with considerably less holiday-centric content, Grandpa's Christmas Visit is still a fine installment to peruse for fans, if not my first choice for a series introduction.  (**1/2 out of four)

One of the many YouTube links below, for your viewing pleasure: Grandpa's Christmas Visit

I have this on a DVD compilation of Christmas themed episodes. Silly stuff.