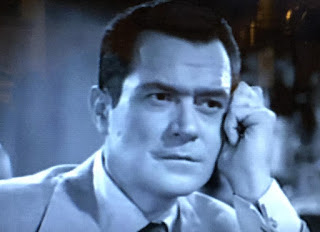 Three-time loser Frank Lovejoy is facing prison for life after he leaves incriminating evidence behind while robbing a liquor truck.  In lieu of becoming a four-time loser, U.S. Treasury agents needing a titular informant offer Lovejoy amnesty if he agrees to help them bring down the empire of mafioso Forrest Tucker.  It's a no-win situation to the petty criminal: life behind bars or a grisly end at the hands of Tucker's goons once the Don finds out.  Nevertheless, Lovejoy eventually decides a slim chance at a new life is better than none, a desire that intensifies after he visits sister Eaton, formerly one of Tucker's "working girls" and now a discarded, suicidal addict. 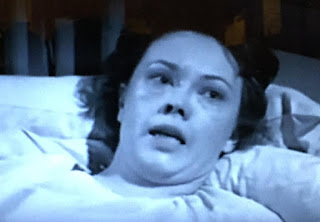 Impetuous Lovejoy manages to infiltrate Tucker's inner circle despite friction with his even more hotheaded former cellmate Carey, who is now Tuck's most trusted henchman.  While ingratiating himself to the kingpin, Lovejoy also finds time to bond with hard-shelled ex-moll Castle, who yearns for a fresh start of her own after a more graceful exit from Tuck's employ than Eaton enjoyed.  At first intrigued by Lovejoy's independent attitude, Tuck slowly becomes suspicious, with his misgivings eventually landing both Castle and Lovejoy on the mobster's hit list. 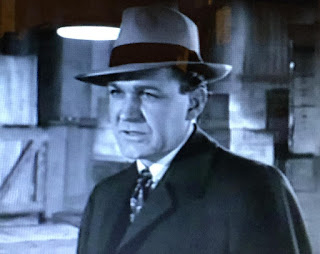 It's quite a domain that Tucker has amassed at the outset of FINGER MAN: operations in nine states spread out coast (California) to coast (New Jersey) emcompassing drug trafficking, liquor sales, nightclubs and quality prostitution.  Did I say quality?  Castle, Eaton and Green are the rejects, gents! 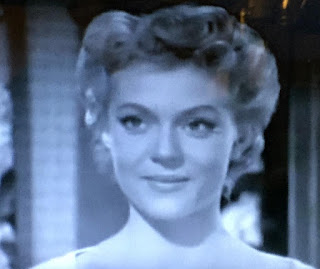 Castle's the "lucky" one who exited the profession gracefully, but that's a relative term.  Tuck's retirement plan is more likely to come with addiction, disfigurement, or literal termination.  Active employment isn't all that, either--being groped by creepy Carey is daily job hazard. To be fair, the customers in Tucker's nightclub seem to be having a great time, but we see plenty of reasons for the Feds to shut him down. 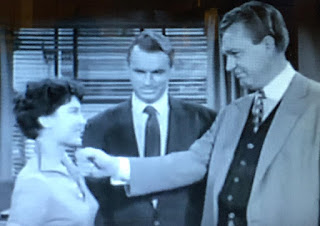 In the middle of a busy 1955 (six features and his first TV series, CRUNCH AND DES), Tucker made his only two noirs for Allied Artists, with this being the better known of the two thanks to a more recognizable cult cast and occasional airings on Encore Mystery some years back.  The 6' 5" actor is suitably low-key, letting his lines and stature give him all the menace he needs.  The no-frills approach only slightly contrasts Lovejoy's barely controlled rage, and the always quirky Carey has a field day filling in the blanks.  Snarling, twitching and letting his hands roam over all the ladies, right hand man Carey is noticeably relegated to an adjacent table when boss Tuck is in female company. 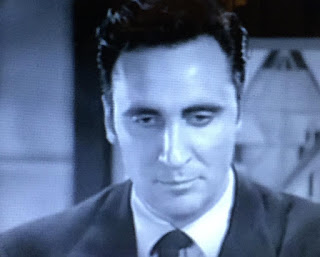 The screenplay for FINGER MAN includes few surprises, but all three actors are convincing, even when the dialogue isn't.   Paul Dunlap's score is a solid plus (particularly during Castle's nighttime walk), as is the consistenly unsentimental approach taken by screenwriter Douglas, who reteamed with Schuster for DRAGOON WELLS MASSACRE. 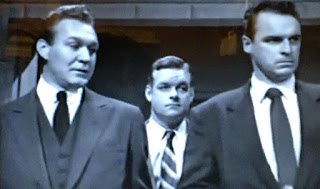 On the minus side, FINGER MAN fizzles in the final reel, with Castle and Carey removed from the action and a wiring scheme that the smart Mafioso really should not have fallen for.  There's the occasional unintentional laugh, such as Lovejoy getting Sanders' backhanded critique of his intelligence, but on the whole this is a commendably hard-edged B for its era. 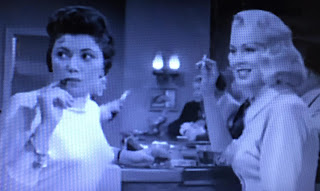 Both Joi Lansing and Lisa Montell go uncredited--neither would have happened just a year later.  Lansing barely has two lines in the nightclub, but the latter has a key scene as Tuck's latest fresh face off the bus (to replace Green).   Sadly, Lansing (LOVE THAT BOB), Eaton and Castle (LAWMAN) all left us way too young: Lansing died of breast cancer at 43, and Castle fell victim to alcoholism at 45. 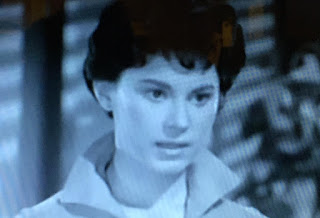 Not a well-known film, came along rather late in the noir cycle, and leading man Frank Lovejoy (COLE YOUNGER, GUNFIGHTER) has become undeservedly obscure in the years since his untimely death (he was only 50 when he succumbed to heart failure in 1962). 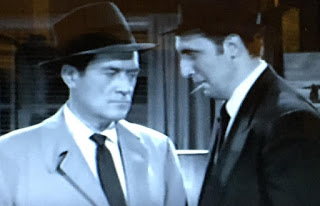 Forrest Tucker's two Allied Artists noirs (he was the lead in NIGHT FREIGHT, opposite Barbara Britton) would make a nice double feature; that film never even made it to VHS.  And as you know, the official position of the Horn Section is: if Tuck's in it, it needs to be available. 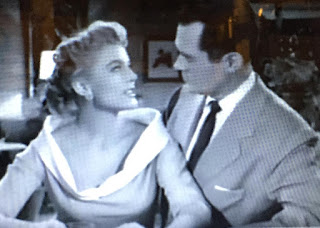 Timothy Carey was one of a kind, and this is the performance that reportedly brought him to the attention of Stanley Kubrick, who then cast him in THE KILLING and PATHS OF GLORY.  If he isn't quite as unhinged as in, say, BAYOU, he's still quite the attention grabber here.  For Carey and Castle alone there's enough value for cultists to make a DVD and/or Blu release worthwhile.