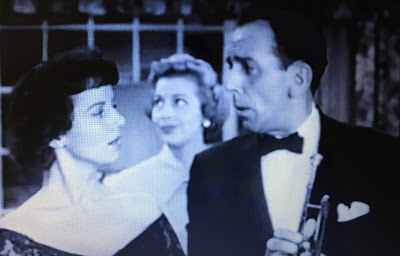 
Series Overview/Introduction to the LOVE THAT BOB/THE BOB CUMMINGS SHOW episode guide is at this link.


Bob's old WWII comrade Harvey Helm is having wife trouble again.  This time, he has a complaint that he'd never dare voice in front of Ruthie--the romance has gone out of their marriage.  Bob pins the problems on Harv this time, since he last took her out "in February"--to the hospital for her delivery! 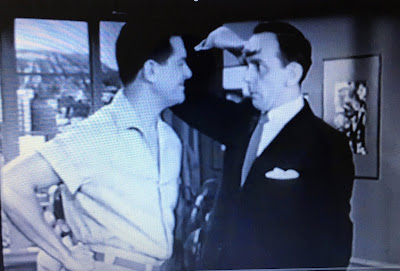 Advising Helm to take his wife out on a date and regain the form that made him "Hot Lips Helm" back in The Big One, Bob resumes his lensing labors.  He's interrupted a second time by the WAC who gave Harvey the nickname, Sergeant Helen Brewster.  Would Ruthie be jealous of a girlfriend from a decade ago?  Foolish question.  For that reason, Bob decides to keep them apart with a little white lie and invite Helen to dinner at the Collins household--which is exactly where Harv and Ruthie have decided to drop in unannounced to open the recommended evening out. 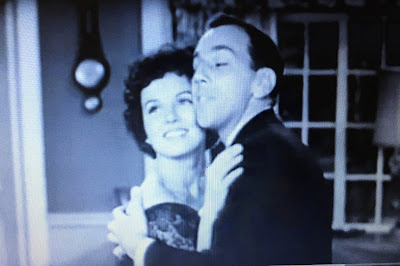 "You know the trouble with you husbands?  The minute you marry a girl, you stop courting her!"

Henpecked Harvey Helm needs help.  Always a winning LOVE THAT BOB premise, bringing the show's sly subversion to the surface.  True, it wasn't that novel to show a married man complaining about his wife, but it was an eye opener in 1956 for the writers (one female) to be so firmly on the side of the single guy getting laid (with a different date every night) in the happiness debate over the married man with kids.  Henning, Gordon and Shuken get to have it both ways here by ingeniously putting the Playboy on Ruthie's side when Harv blames his wife for a marriage now lacking romance. 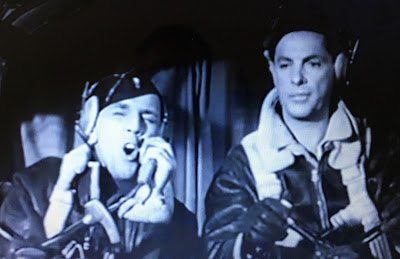 "Now go home and make her forget that she's married to over the hill Harv!"

The Sergeant Wore Skirts also gives us insight into those heroic days during the Second World War via two flashbacks (at least the first one).  Based on Bob's other recollection of those WWII days, Hot Lips Helm was no more of an Alpha than the current version, so co-dependent that he couldn't avoid making sickeningly sweet calls to his girlfriend during an enemy attack.  This brings into question the show's frequent implication that marriage turned Harv into a Beta male.  On the other hand, Helen gives no indication that her nickname for him was ironic.  Suffice to say that if Bob's memory isn't faulty, Helm must have been a better wingman on the ground than in the co-pilot's seat back in the day. 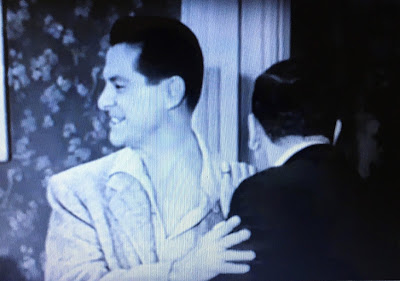 "There are times when faced with great danger that a man rises above himself."

Whether Bob was exaggerating the first flashback is uncertain, but Sergeant Brewster's expression afterward gives truth to it.  The second recollection is hilariously fabricated after Helen's slip of the tongue in front of the formidable Mrs. Helm, with silver tongued orator Collins forced to think on the fly to save Harvey's hide.  The concocted story doesn't fully get past Ruthie's B.S. detector, but in the end it doesn't appear that the planned romantics at the Coconut Grove will be interrupted. 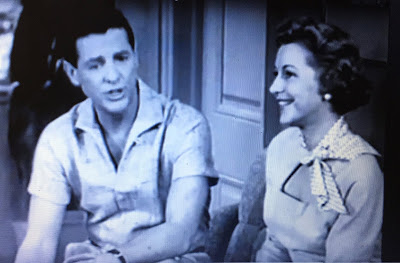 Cummings' frequent co-star Julie Bishop (MY HERO) makes her only appearance on his eponymous series here.  It came just a week after her real-life husband, General Clarence A. Shoop, debuted on LOVE THAT BOB as Colonel Collins' Air Force reserve commander.  Shoop met Bishop during filming of PRINCESS O'ROURKE (1943), which also starred Cummings.  The Shoops remained married until the General's 1968 death; Julie Bishop passed away in 2001.

BREWSTER: "You have a wife and a child!  That's wonderful."
COLLINS: "I have a sister and a nephew and (leering) that's even better!"

Sergeant Brewster seems to still have a thing for Harvey, so maybe Ruthie's ever-green jealously isn't entirely unjustified.   The line above (delivered devilishly by Cummings) has you briefly thinking that Bobby might be interested in more than a simple reunion, but fear not--Bob invites her back to meet the sister and nephew instead of trying to take the Sarge to Mulholland.  In one of her last roles before retiring from acting in 1957, Bishop has some priceless reactions (such as the one in the top photo above) in the background of both scenes. 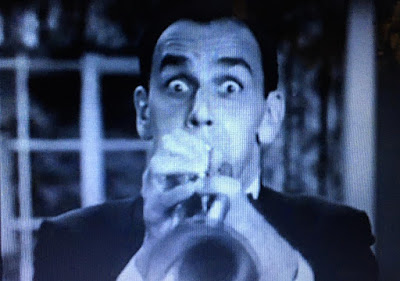 "You don't go to the filling station when you've got a full tank."

In his Emmy-nominated season (that saw him moved to McCadden's BURNS AND ALLEN after it) Rod Amateau milks the most from a setup with basically two extended scenes (the studio for Act One, the Collins home for the second half) punctuated by a flashback in each.  Amateau is aided by a script chock full of quotables, with the bulk going to Cummings and Donovan.  The Sergeant Wore Skirts gives the latter a chance to flash a romantic side with Ruthie that rapidly fades once Brewster's arrival restores two things LOVE THAT BOB fans are used to: Ruthie's icy glare and Harv's high strung hilarity.  Unhurriedly paced with winning lines sprinkled liberally throughout, this one lands safely. 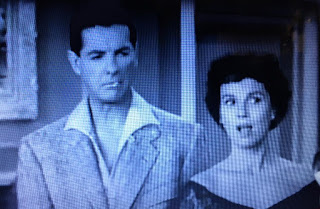 Nothing to block this time, though Schultzy was fully prepared when the skirt-wearing Sergeant arrived. 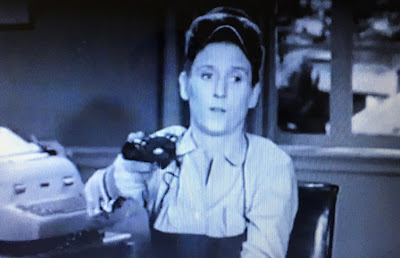 He didn't make a pass at the apparently still single Sergeant Brewster, so maybe this wolf has too much honor to go after his buddy's ex.  Then again, perhaps Collins already had some action going with the blonde model we saw in the studio.  If so, well, you don't drive to the filling station...... 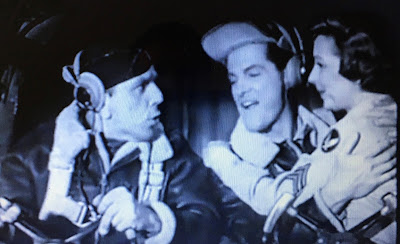 Low key entry with simmering rewards is a stealthy winner from a show just entering its prime as it neared the end of its second season.   Cummings and Bishop work well together, but this episode's MVP is King Donovan, probably the reigning bundle of nerves on prime time before Don Knotts pinned on his deputy's badge.   One winning line after another from the crack writing staff, with a perfect capper.  (***1/2 out of four)


Want to see The Sergeant Wore Skirts for yourself?  Here ya go:

Seeing as how Knotts was part of Steve Allen's repertory company around that same time (1956), and had created a nervous Everyman character there, I'd have to disagree with you regarding King Donovan being the "reigning bundle of nerves".

Thanks for reading, hobbyfan!

A good point, though I think Donovan was slightly more visible in the 50's. The two parter, "Bob Gets Harvey a Raise"/"Bob Saves Harvey" is probably King Donovan at his nervous best.