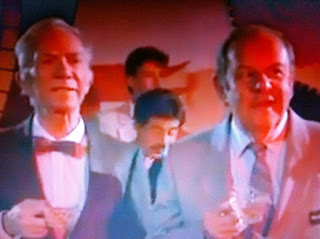 Teenage BMX'er Allen faces the same dilemna Danny Noonan faced in CADDYSHACK: a choice between college and his athletic dream.  It's almost literally a head-on collision, as the Helltrack race (which would mean fame and a near-certain sponsorship deal) is scheduled for the same Saturday as his SAT's.  His mother Shire favors the latter, but Allen follows his heart and chooses the former.  This puts him in direct conflict with Connor (the poor man's William Zabka) and his unscrupulous benefactor Weston, who owns Mongoose bicycles and stands to profit greatly from a Connor victory. 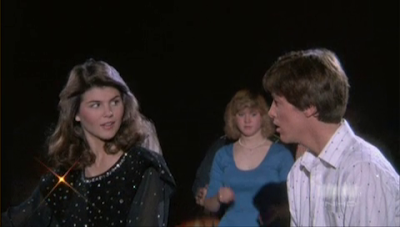 I know, you were asking this after the second sentence: why not just reschedule the damn SAT's?  The RAD cultists aren't necessarily looking for credible plotting though; this one is all about 1980's tunes and being the North American answer to 1983's BMX BANDITS.  Notice I didn't say the "U.S.A.'s answer"-- RAD was filmed in Alberta.

RAD was the penultimate film for the late, great Hal Needham, who sadly left us at age 82 last week.  Needham was a stunt coordinator (and raconteur) without peer, but even at his peak was far from meticulous as a director.  SMOKEY AND THE BANDIT and HOOPER pretty much showed us everything he had as a filmmaker.  He teamed with Reynolds four more times with increased budgets, professional stunt work, and diminishing theatrical grosses.  It wasn't hard to spot the chief culprit: undisciplined non-action scenes.  Needham's commercial results were downright abysmal without Burt (i.e. MEGAFORCE) and by 1986 he was back at square one, making a little movie that could. 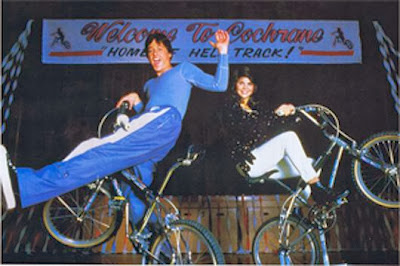 Maybe a two year hiatus after the twin disasters of STROKER ACE and CANNONBALL RUN 2 rejuvenated Needham.  As derivative and formulaic as RAD is storywise, the veteran director delivers the goods for the film's intended audience, providing a time-capsule worthy soundtrack to enjoy with the impressive bike tricks and reliable (if not exactly big box office) vets in Walston, Wise, Weston and Shire.  RAD is probably best remembered for a scene that gives us all three at once: Allen and Loughlin "dancing" on bikes to Real Life's "Send me an Angel" while Walston and Weston look on.  (It's cringe-worthy to see the latter's admiration of Connor on the dance floor though.)

RAD is going to be by-the-numbers cinema if you aren't into BMX, but it lives up to its cult reputation if you are.  Either way it will have considerable appeal if you're into vintage Eighties cheese.  If you're into neither, well, there's probably nothing here for you, but enough people fit into at least one of those two categories for RAD to have a lot of defenders.  Sadly for Needham, the film's impact wasn't immediate.  It was dumped into theatres during the spring of '86 and barely grossed $2 million in ticket sales in the U.S.  1987's BODY SLAM, Needham's next and final project as director, ended up going straight to home video, a sad finale for the director who had one of the ten highest grossing films of the year 4 times between 1977 and 1981. 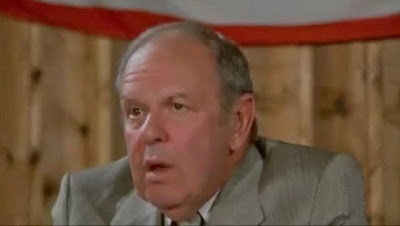 Like so many Eighties films (THE LEGEND OF BILLIE JEAN is a prime example), RAD procured its loyal following via VHS and cable as noted above.  Further complicating matters, original VHS label Embassy went out of business shortly after RAD's release. 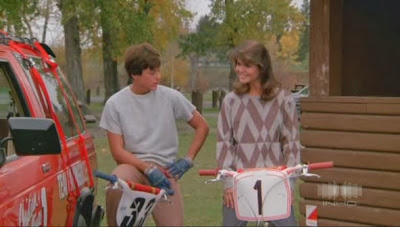 Even if you want to lump RAD in with other films centered around "fads" of the mid-eighties, well, BREAKIN', RAPPIN' and BREAKIN' 2: ELECTRIC BOOGALOO are all on DVD.  So is BMX BANDITS, though to be fair, that film's marketability is helped immensely by the presence of a young Nicole Kidman.

Full disclosure: I was never a bike enthusiast, so my knowledge of BMX comes from friends who are into it; I'm strictly a spectator.  But hey, that doesn't mean I can't tell when a film has struck a chord.  Check out the 89% favorable rating on the "audience" tomato-meter at Rotten Tomatoes (versus the 0% from critics).   Consider that a 25th Anniversary celebration in 2011 brought over 2,000 RAD fans to Calgary with very little cable exposure and NO home video releases since the first one back in '86.  RAD may not be great cinema, but it occupies a niche as North America's definitive (Hell, probably only) BMX movie.  That's iconic enough for a DVD release if you ask me.

While we're waiting on that DVD release, RAD can be seen on YouTube.