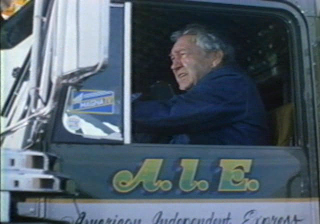 Why the Hell isn't this on DVD yet?
-Number 6


On May 30, 1986, Cannon released its latest action epic, THUNDER RUN. The film received little notice amidst the glut of action films released that month, some with box office superstars (TOP GUN, COBRA) and others without (JAKE SPEED). The film had exciting desert action scenes and a veteran genre stalwart starring, but was unevenly directed by an actor making his debut behind the camera. After being rerun frequently for a few years on Showtime and The Movie Channel, it has rarely been seen on cable since, and has long been out of print in the United States on VHS (though it is on DVD overseas).

So, I know your question is not “why the hell isn’t this on DVD yet”, but rather, “why the hell are you writing about this one, Hal?”

Well, see if this grabs you. 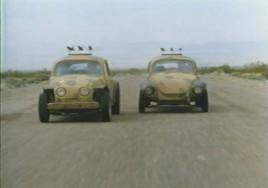 Ruthless international terrorists are out to destroy the American way of life. They will stop at nothing to obtain the deadliest substance on earth. The terrorists are heavily armed, and on a deserted road--only one man stands between them and the plutonium: 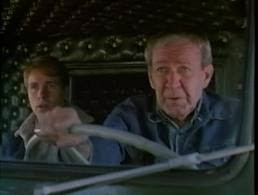 THUNDER RUN is an uneven action film, pandering to the teen audience during the first half by devoting a little too much time to John Shepherd, Wallace Langham (billed as Wally Ward) and friends. Oh, there's a bar fight, some old-school street racing, a cop chase, a sex scene (don't worry, it doesn't involve Tuck) and an expensive car gets destroyed, but ideally the RUN through the desert should have started 10 to 15 minutes earlier. It is also painfully obvious that several of the actors are non-professionals (the absolute worst: the cop in hot pursuit of the motorcycle).

Once the preparation for the RUN itself starts, THUNDER RUN becomes a fun little action flick. Tucker and friends diligently prepare his 18 wheeler for the 200 mile desert trek, and we see the preparation pay off as he wards off evil terrorists led by a scar-faced Alan Rachins (DHARMA AND GREG). The terrorist group numbers in the well, dozens, and they have choppers, motorcycles, grenades, rifles, roadblocks and (best of all) camouflaged Volkswagen beetles with heat seeking missiles on top. Not to be outdone, Tucker rigs his rig with flamethrowers, ultra-high exhaust stacks, Molotov cocktails and Space Age Plastic, son!

Though first-time director Hudson struggles with the pacing, he does a nice job with the action sequences. Writers Charles Davis and Carol Heyer definitely know their vehicles and stunts, but they are out of their element writing dialogue for teens: Shepherd's friends are worried about "the fuzz" (in 1986??) and have other lines like "I don't want to get stroked by some squirrel who doesn't have the bucks" (seriously: WTF?). 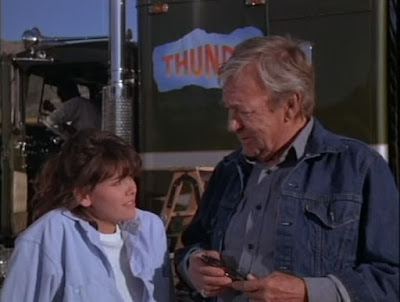 Tucker is solid as always, and if he seems like he’s done this a hundred times before, he has---literally. He starred in about that many B-action flicks in the 1940’s and 1950’s for the likes of Republic, Hammer, Allied Artists and RegalScope. He is ably supported by another old pro, John Ireland (MESSENGER OF DEATH) and Shepherd, who was fresh off his starring role in FRIDAY THE 13TH: PART V. Sadly, THUNDER RUN would end up being Tucker’s theatrical swan song: he passed away from lung cancer on October 25, 1986 at age 67.

Perhaps THUNDER RUN escapes notice because it is uneven: bad movie fanatics looking for something worthy of Jabootu will find a lot of cinematic cheese here, but not quite as much as they'll find in other Cannon flicks (i.e.FIREWALKER, DEATH WISH 3).  Action fans will find the second half satisfying but will likely grow impatient with the first half of the film. Whichever category you fall into, you’re likely to find the glass half-empty.

But by the same token, fans of both are likely to find the glass half-full too. Add in the bonus of one last visit with our old friend Forrest Tucker, and THUNDER RUN certainly deserves a look. For all its faults, it is a fun film, right down to the Frank Stallone soundalike (David Morgan) doing some very 1980's songs on the soundtrack. 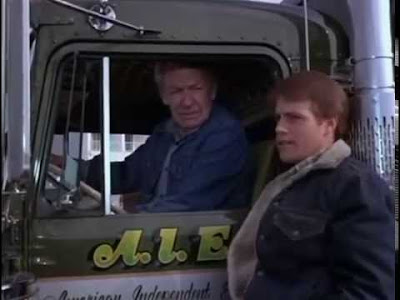 Tucker is known primarily to the modern audience as the star of F TROOP rather than a star of action films (which is a shame: SANDS OF IWO JIMA, THE WILD BLUE YONDER, FIGHTING COAST GUARD, come on folks, this is a man of action!) .

Passed through theaters virtually unnoticed in May 1986, and has been rarely screened on cable the past decade. 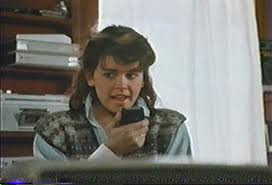 So it passed through theaters virtually unnoticed. Despite its flaws, THUNDER RUN is a better and more exciting film than the dull JAKE SPEED or the very poorly scripted and acted COBRA from the same month. Take that, Stallone!

Speaking of which, JAKE SPEED is actually on DVD! You can’t possibly tell me Wayne Crawford is a bigger action name than Forrest Tucker!

Forrest Tucker versus nuclear terrorists.  Hey, if you don't want to see that, there's no hope for ya. 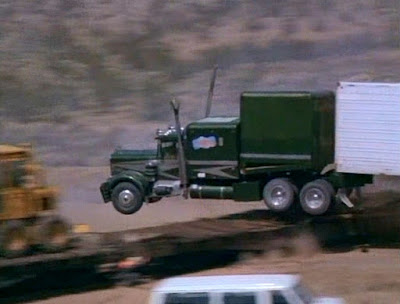 Want to see an 18 wheeler jumping a train in the pre-CGI era? How about Volkswagen dune buggies with rocket launching capabilities? Well, you'll find them here. Not to mention Tuck’s attempt at the Cotton-Eyed Joe, and a nude scene from Lita Ford lookalike Cheryl Lynn.

Good excitement for action fans in the last half, and plenty of cheese for bad-movie fans throughout (as just one example of the latter, check out how (un)complicated the “top secret” code to enter the military testing center is).

And, if they hurry and do it this year, we could have: THUNDER RUN: The 20th Anniversary SPECIAL EDITION---wrapped in Space Age Plastic...son!
Posted by Hal at 1:55 AM

Thanks for all the enthusiasm to offer such helpful information here.


Advantage Term Papers – We do it your way

size for carry on luggage