Television Review: GET CHRISTIE LOVE!: "Bullet From the Grave" (1974) 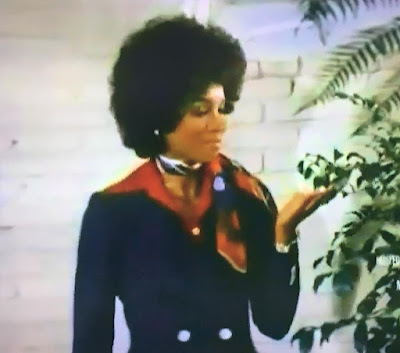 A jeweler's convention brings Detective Love her latest undercover gig: hotel maid, in order to catch a notorious jewel thief with $4 million worth of ice in town for the assembly.  During the gig, Christie notices a vaguely familiar face in the crowd wearing a convention badge.  Shortly afterward, Detective Lucas is found murdered in the basement. 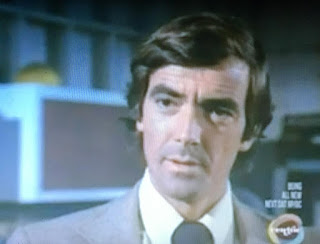 Following up on her lead, Love learns that the pass was indeed stolen, and the suspected jewel thief subsequently captured is not the conventioneer she saw the night before. Research leads her to believe the unplaceable face belonged to "The Shark"--notorious hit man Fred White.  One problem with Christie's theory: White was killed in a car crash a year earlier.  Since doubting Love has left Captain Reardon eating crow before, he allows her to follow up on her hunch, which leads to further evidence that the assassin is still living--and his next target is on the L.A.P.D. 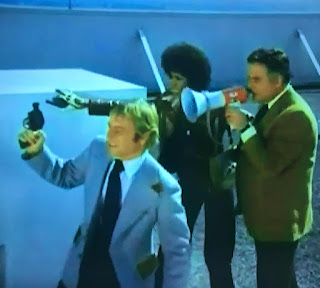 Detective Belmont literally gets his moment in the spotlight with Bullet from the Grave.  Unlike Caruso in his showcase installment (For the Family Honor), Detective Steve is thriving with a much deserved citation for thwarting a bank robbery and an enviable romantic situation.  Girlfriend Bobbi is a model in high demand, and her boyfriend's valor attracts some decidedly unwanted attention.  With the show's always-lacking budget, we don't get to see Belmont's heist heroics, but the viewer is privy to his assistance in the apprehension of the jewel thief, as well as his bravado in the face of a threat on his life. 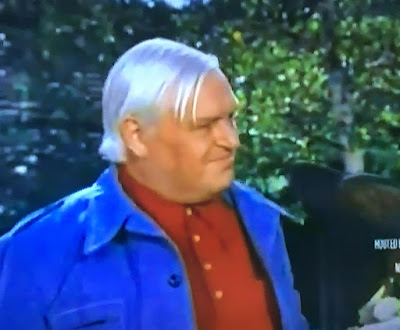 Lest you fear this is turning into GET STEVE BELMONT!, our titular heroine is the one who cracks the case.  Detective Love figures out White is still among the living, puts the fear of God into shady Dr. Bryan with a smile, repels an attempt at motor homicide and ultimately foils a precise plan by one of the best snipers in the business.  Little wonder that by this tenth episode Reardon barely questions the seemingly far-fetched hunch of his ace investigator.  To be fair, he asks her to "fly coach" when she checks it out. 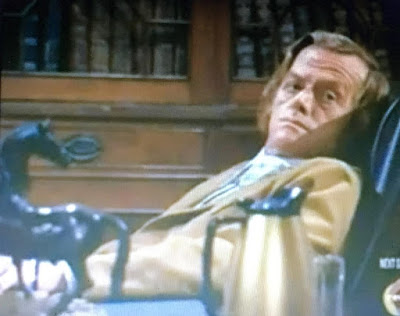 As was the case in For The Family Honor, the illuminated second banana runs afoul of the mafia, but Bullet from the Grave handles organized crime in more credible fashion than that misfire.  The Shark is a pro's pro, but Harrison's decidedly un-pragmatic demand for the assignment is driven by emotion, which proves to be a fatal flaw.  Needing Love's demise to "look like an accident" gives her escape from Keppler plausibility that the earlier installment's lacked, and also undermines White's efficiency. 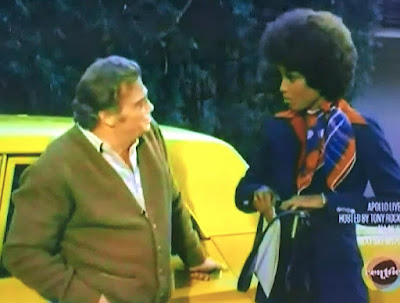 The writing team of Bradshaw (best known as the corrupt politician Brunswick in COFFY) and Lewis scripted single installments of COLUMBO and TENAFLY in addition to this lone contribution to GET CHRISTIE LOVE!.  They adapt to the show's restrictions on content well, making the legwork compelling and White's need to eliminate potential identifiers credible.  The writers also provide two welcome rarities for the series.  Christie eschews her (by now noticeably limited) martial arts skills while actually using her pistol at the denouement.  No, not shooting to kill: that adherence to the star's wishes remains.  For good reason, since dead men won't talk--as White clearly knows. 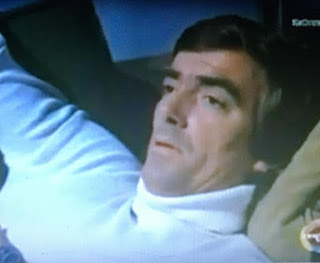 Longtime soap star Eric Braeden makes The Shark a worthy adversary, coolly efficient yet not infallible.  His year in hiding has obviously resulted in loneliness that almost trips him up despite his undeniable organization.  And while GET CHRISTIE LOVE! shied away from the tawdry, Bobbi's photographer certainly lived up to the era's cliche, looking like he had a Hustler assignment or two in his future.  Or past:

IMDb.com has the director credit wrong: it isn't ALL IN THE FAMILY actor Mel Stewart, but rather Mel Stuart, a frequent collaborator of producer David L. Wolper's who also helmed Deadly Betrayal.  Speaking of credits, James Jeter (HOLLYWOOD KNIGHTS) somehow doesn't get one as the cab driver to takes Love to the country doctor's estate. 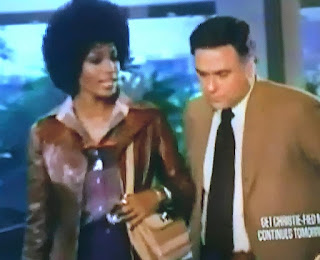 Two sugars, one to her soon to be dead partner in the opening, and one to the hit man, who is under arrest, sugar! 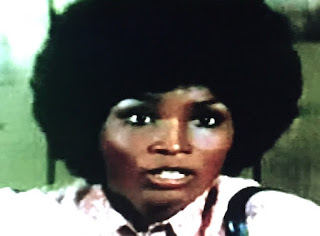 Seven segments in to the GET CHRISTIE LOVE! episode guide now.  I've only seen two real clunkers, two average installments, and three pretty good ones.  This is one of the good ones.  Solid villain, good pacing, welcome insight into Belmont's life away from the station, and one of the show's better climaxes.  (*** out of four)

Strange that you didn't mention Mel Stuart's major feature film credit - Willy Wonka And The Chocolate Factory.
You know, the good one, with Gene Wilder and the Tony Newley songs and like that there.

Once you know this, the style points just leap out at you, don't they?

Good point Mike. WATTSTAX would have been an even more relevant feature of Stuart's to mention. Since he has other CHRISTIE LOVE episodes to his credit I'll fit it in then. :) Thanks for reading and commenting!