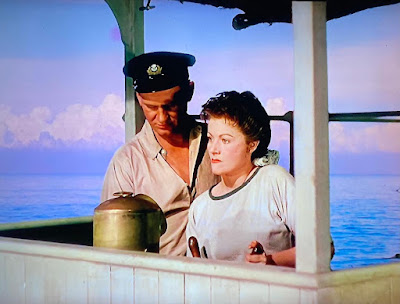 Skipper Wendell Corey gets drunk in a Java bar after his sea-hating wife leaves him.  He is charmed by the titular singer Lockwood, who quickly loses her laughter when abusive Tucker enters the room.  The captain spoils for a fight but learns that Tuck is crippled, and leaves for a two month voyage with first mate Shiner. 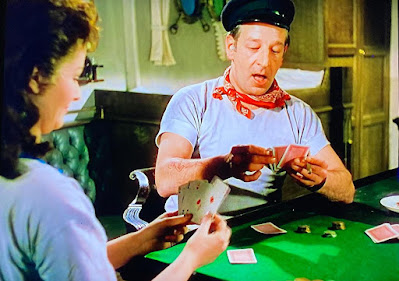 At sea, the men soon learn they have a stowaway: Lockwood, on the run from Tuck.  The three become chummy on the trip and Margaret fills in the backstory: years earlier she and Tucker were a power couple--he a bare-knuckles contender for the heavyweight crown, she an elegant singer.  At Lockwood's urging, Tuck refuses to throw a key fight and finds himself permanently disabled afterwards, unable to continue his career.  Embittered, Forrest turns to making a living by hook or crook, usually the latter.  Lockwood and Corey fall in love, but she ultimately returns to Tucker after the boat docks in Singapore.  Six years later their lives intersect again when Corey encounters the couple in a backwater settlement, with Corey learning she has a five year old son, and Tucker intent on a heist of Corey's cargo. 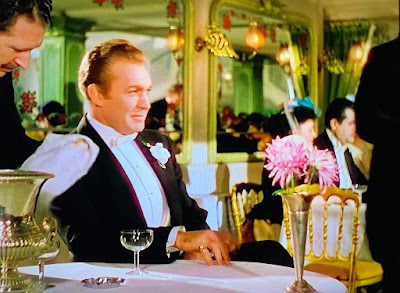 Adapted from Joseph Conrad's two-act play, LAUGHING ANNE is the better of the two pictures Tucker made in the U.K. with co-star Lockwood and director Wilcox (TROUBLE IN THE GLEN).  Three years after THE WILD BLUE YONDER, Tucker and Corey are again competing for a woman.  In this case it's Lockwood, then the highest paid actress in British films who was nevertheless near the end of her run as a leading lady.  Still, hopes were high for the box office, particularly in Britain with peaking comedy star Shiner bolstering the supporting cast. 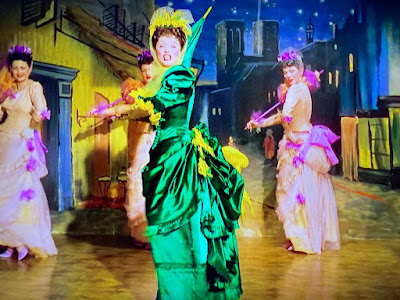 Tucker's Jem Farrell is ostensibly bitter about that the brass ring (a bout with John L. Sullivan awaited the winner of his fight) eluded him.  More likely, he's bitter than the titular singer coaxed him not to throw the match--ready to consider it for roughly $15,000 the night before, it's more than implied that Jem found a two-thirds increase too good to pass up.  Farrell sure appears to be giving less than his best effort as the bout opens. 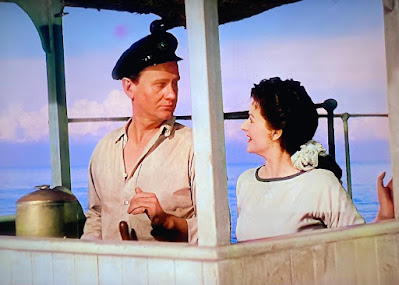 Once Anne walks away from ringside in disgust, Farrell makes the fateful decision to welsh mid-bout, with life-changing circumstances that he clearly holds against Anne forever after, mostly silencing that unmistakable laugh.  While he "could have been a contender" for the title, Anne's the one who made a bad bet--Farrell's character was always lacking and misfortune has only intensified his shortcomings.  Alternating heroes and villains throughout the 1950's, Tuck excelled at just this type of truculent, shady character in his pre-MUSIC MAN days, and goes even darker here than in SAN ANTONE.  Despite unconvincing stump makeup doing him no favors, he pulls off one of his least affable roles of the decade. 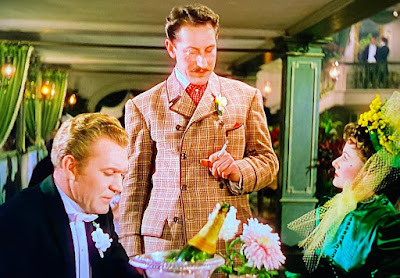 Tucker's best roles were still ahead of him, but his co-lead was on the downside.  Corey, whose battle with alcoholism resulted in an early death at 54, already looks at least a decade older than his forty years during filming.  A good man who also chose his mate poorly, Corey seems fatigued even at the outset, a man who arguably married up but found himself unhappy away from the water.  Lockwood too was nearing the end of her film career--after the disappointing box office for LAUGHING ANNE, she was on television for good within a year (CAST A DARK SHADOW was her big-screen finale).  She paints a remarkable portrait of co-dependence in her penultimate feature.  It's telling that she bonds with Corey over a shared love for sailing, but returns to the devil she knows. 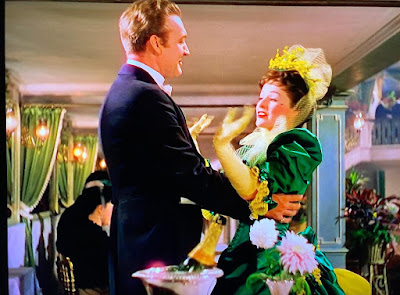 Adapted by the director's daughter Bower (who also scripted TRENT'S LAST CASE and the Errol Flynn starrer KING'S RHAPSODY for her father), whose patient approach sometimes crosses over into tedium in the first half.  There are rewards for sticking with it through Shiner's comic relief and the father/daughter team provides a rousing final reel once the would-be power couple collides with Corey a second time. 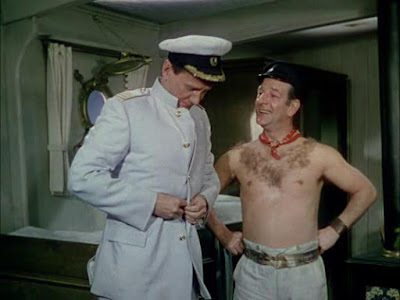 Once a late late show perennial, LAUGHING ANNE faded from television screens after the 1960's and never received even a VHS release in the decades that followed.  However, the film was recently rescued from obscurity by Martin Scorcese's Republic Rediscovered project (as was the very worthy HELLFIRE) and is now available on Amazon Prime and iTunes.  Fans of Lockwood and Tucker are encouraged to check it out as the better of their pairings with Republic (TROUBLE IN THE GLEN is much slower going, and the stars are overshadowed by what amounts to a glorified cameo by Orson Welles).  Hey, if Martin Scorcese thinks it's worth a second look, what better endorsement is there?