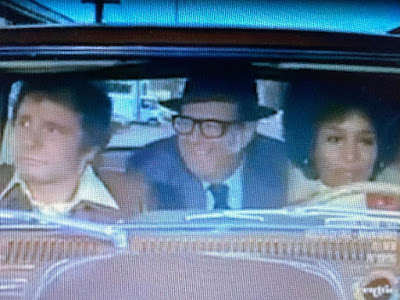 Unwilling to be put out to pasture, Gallagher's Uncle Harry has bolted the Sunset Retirement Home in Newark to travel cross-county and see his nephew.  First problem--Harry thinks he's visiting Captain Gallagher of the LAPD.  Second problem: Detective Love and Sergeant Gallagher are the closest to respond to a warehouse alarm--with Harry as a passenger, giving the elder civilian a chance to elbow his way into a dangerous case.  Not something that is going to ingratiate him to the real Captain--Ryan. 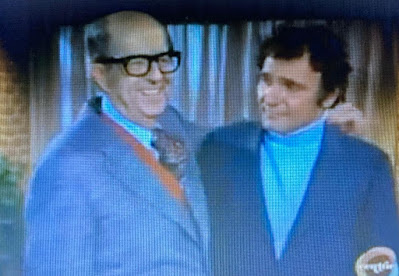 While many prefer Murder on High C, which reunited Teresa Graves with several of her LAUGH-IN co-stars, I think the brief, gimmicky Glen Larson Era reached its comedic apex with A Few Excess People.  As fun as it was to see Arte Johnson driving the action in the former, we get the King of Chutzpah himself this time around, and Silvers doesn't disappoint.  Did he ever? 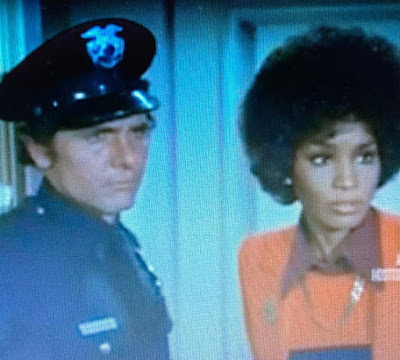 Long time freelancer Fields got his start on THE MAN FROM U.N.C.L.E. and obviously did his homework, making sure to give the guest star plenty of Bilkoesque material.  Uncle Harry seizes credit for a license plate number from a fast-thinking security guard, takes over the real Captain's office (first inadvertently, then advertently), bluffs information out of seedy Karp and flatters Rose Marie's department store clerk out of her car (twice) and into a date.  For starters. 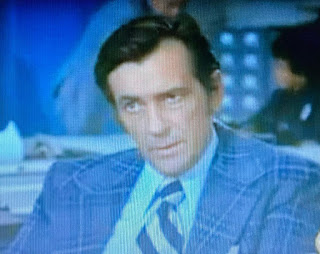 It's all wonderful fun whenever Silvers is onscreen, and neither Fields nor director Kessler (RIPTIDE) can be accused of not utilizing him to the fullest.  Unfortunately, the writer goes a little overboard when Uncle Harry steps further into peril than seems logical by going to the robber's hideaway alone.  Not only out of character in terms of what would seem an acceptable level of risk to Harry, but also defeating what seems to be Harry's primary motivation up until then (even more than proving himself)--assisting the young Sergeant in reaching his full potential in the ranks.  Gallagher can't get any credit if he's not there, right? 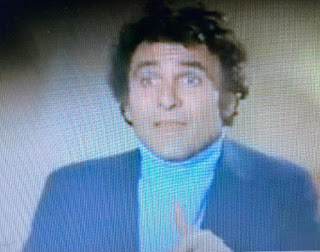 Speaking of our Sarge, at least he isn't blurting out important case secrets on live TV this time.  It's still readily evident to us if not to his proud Uncle why he Pete is stuck in the ranks.  And while it was often lost after the mid-season tonal change, David Wolper's original intent for the series is subtly on display.  Harry waxes eloquent on his nephew's progressive qualities as a Captain, but only in reference to Christie's gender--her race goes unmentioned.  (That was usually the case on Silvers' own show, too, a rare 1950's sitcom to consistently cast African-American actors.) 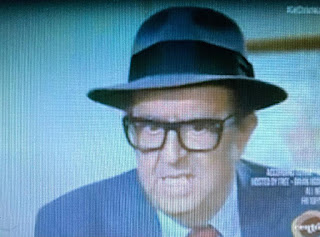 Silvers' dominance usurps center stage from our star, something that became a problem more than once after Larson brought more contrivances to the show.  Christie Love again loses her maverick cop status, being reprimanded only for indulging her elder with nary an undercover assignment in sight.  Our star is reduced to constantly reacting to Mr. Phenergan's antics along with everyone else. 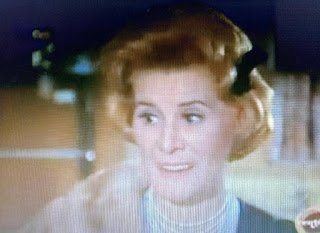 But hey, Silvers was one of a kind, and is especially amusing when he's onscreen with Rose Marie, who makes the most of her scenes and gets the titular dialogue verbalizing Harry's need to prove he isn't ready to be discarded by society.  That certainly had to resonate with Silvers, who first saw a still-popular BILKO cancelled and then saw his prime time appearances getting scarcer in his middle sixties after failing to land another hit.  In fact, A Few Excess People is probably his lengthiest and most enjoyable prime time appearance in the years following his 1972 stroke.   Seeing one of the medium's comedic geniuses in fine form is well worth our star ceding the spotlight on this one occasion. 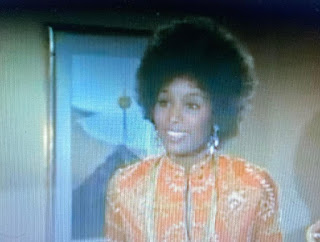 ONE LUMP OR MORE?

Louis Turner is the only one who gets sugared, when he is incredulous to find out Love is "the Man".

Too bad we couldn't fit a poker game into the plot.  Who wouldn't want to see Bart Maverick heads up against Sergeant Bilko? 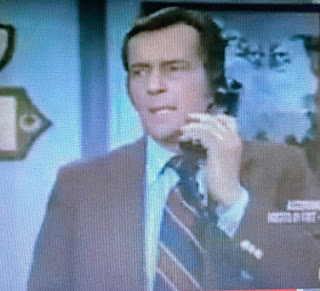 As far as the Larson installments go, A Few Excess People mixes a worthy message with  sometimes wobbly execution in its second half.  Still, the police work doesn't suffer as much as it had in other high concept segments, and Silvers was capable of turning any appearance into a pseudo-PHIL SILVERS SHOW no matter the series.  It's a unique blend here for sure, predictably with far more laughs than usual and a case that holds up a bit longer than you might have predicted.  (**1/2 out of four)

If you'd like to see A Few Excess People for yourself:

I remember seeing Phil Silvers in a Disney movie, "The Boatniks", with Robert Morse, which was also adapted into a Gold Key comic book, as a youth. He'd later get to share the screen with his daughter, Cathy, on "Happy Days" toward the end of that series' run.

Bob Random was the third wheel with Dale Robertson & Gary Collins on "Iron Horse" (1966-8), and did some guest work around that time, too. Seems to me Silvers might've been a wee bit typecast, as just about every character had a little Bilko to him.

Best blog in I read this نقل اثاث الشارقة