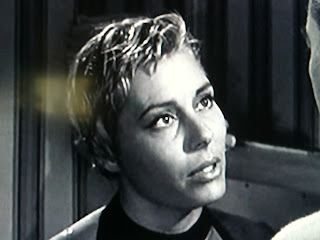 Flynn is a blackjack dealer in Batista-era Havana who unwittingly accepts phony pesos from player Rory. He is late realizing the error, and she leaves him high and dry, holding the funny money and fully responsible for it under casino rules.  Flynn's bad night gets worse: he is attacked on his way home, and cop Armendariz accuses him of counterfeiting after finding the boodle on him.  Now unemployed yet prohibited from leaving the country, Flynn attempts to clear his name with the help of banker's daughter Scala---who is also Rory's sister.

THE BIG BOODLE is often cited as "feeble", "emphasizing Flynn's career decline" and "sad", with various reviews describing the star as "flabby", "indifferent" and "wasted".   Okay, it's no classic.  The story is as predictable as it gets, and direction by Richard Wilson (AL CAPONE) is strictly routine despite his fine lensing of the locale (the film was shor entirely on location in Cuba).   But while the film is mostly forgettable, it's nowhere near as disastrous as you've been led to believe, and while Errol Flynn is given some sadly ironic dialogue ("For me to reach 67, it's going to take a lot more than Jai Alai") he wasn't in grave condition just yet. 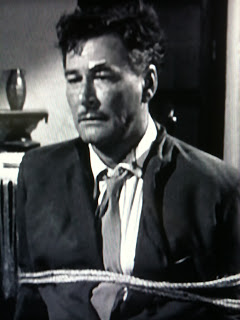 It is sad to see the former Captain Blood requiring a very obvious stunt double for an undemanding hotel struggle.  But after watching this film, I can't imagine anyone (well, okay, maybe the always hyperbolic Charles Higham) describing Flynn using the terms above.  He looks battered for much of it, but with good reason--he's attacked repeatedly and beaten during an interrogation.  Taking that into account, Flynn merely looks his age (47) here; Charlie Sheen looks worse in recent photos.   If his days as a matinee idol are over, it only makes him more convincing as an everyman. Looking the part helps a great deal as Flynn gives a professional but not terribly inspired performance: he's clearly coasting on his considerable screen presence here.﻿﻿ 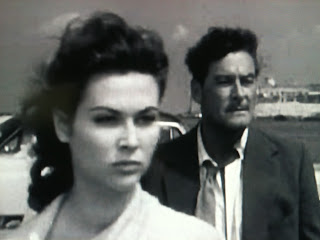 Okay, so there's nothing special about the script, direction or performances, and there's no freak show attraction either, since Flynn's Brave Last Days were a couple of years away (in fact, a Hollywood comeback in THE SUN ALSO RISES was just around the corner).  So who's going to be interested besides Errol Flynn diehards?   Well, for fans of Rory and Scala, THE BIG BOODLE is a must.  Striking blonde Rory had only a few opportunities as a leading lady and made barely a dozen films before retiring.  The equally beautiful Scala (who sadly suffered from depression and committed suicide at 38) was a few months away from her breakthrough role in DON'T GO NEAR THE WATER.  Flynn personally chose both for this film. 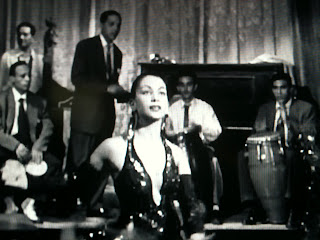 THE BIG BOODLE also offers late-Batista era Havana itself, with plenty of beach scenery and a little bar and casino hopping too.  It is one of the last opportunities to see a U.S. picture filmed there, as the embargo was only three years away.  Ironically, THE last U.S. picture filmed there was an embarrassment to Flynn and everyone else involved: CUBAN REBEL GIRLS, in which the star truly is on his last legs physically and the entire project is as amateurish as can be.  Perhaps reviewers are confusing the two films when they savage this one.  THE BIG BOODLE is ordinary, but it's an acceptable little flick that is a painless watch for Flynn's fans. 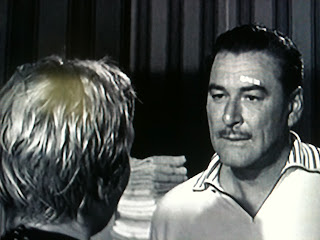 Well, it finally will be on May 17th, so I'm cheating a bit on this one.  MGM Screen Archives has it available for pre-order.  With Warner Archive starting to get to Flynn's post-World War II output for his longtime home studio, one of the biggest stars of the 1930's and 1940's is finally getting his due and his long-neglected later vehicles renewed visibility. 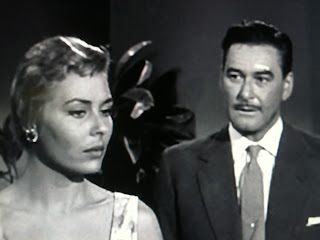 The opportunity to get a good, 90 minute look at scenic (and in parts, seedy) Havana, the "The Latin Las Vegas" prior to the Castro revolution.  THE BIG BOODLE also boasts an interesting cast, with the rare opportunity to see beautiful Italian actress Rory (who retired at 35 after barely a dozen films); the stunning, but troubled Scala; and of course, Flynn.  If you're a fan of any of them or the locale you'll want THE BIG BOODLE in your collection.   If you'd like a sneak preview, it's currently available on Netflix Instant.