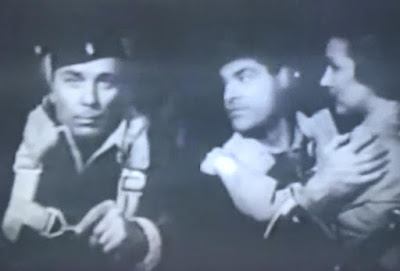 
Series overview of LOVE THAT BOB/THE BOB CUMMINGS SHOW at this link.


On the morning following the events of Bob Gets Harvey a Raise, henpecked Harvey Helm is convinced that his old WWII buddy Bob Collins has done just that by posing as "Harv" and showing out of town buyer "Hap" Henderson a night on the town with two of his best models.  But Helm shouldn't be spending that income increase just yet.  He still doesn't have Henderson's name on the dotted line, and the overbearing furniture king expects a second round in L.A. that night before giving it.  Meanwhile an exhausted Collins is begging off after the sleepless night before. 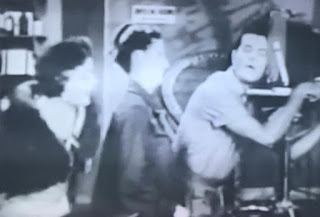 Helm's guilt tripping finally succeeds, and with deception becoming as limited a resource as his adrenaline, our lensman playboy plots an early end to the second excursion.  Again enlisting Shirley and Collette as unwitting tag team partners, Bob summons Harvey to The Mermaid Club to seal the deal--not knowing that Helm's wife has caught wind of "Harv"s exploits and is also en route for a firsthand look. 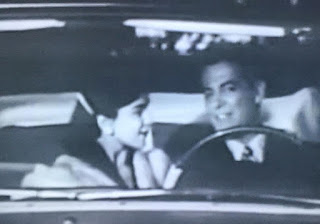 The conclusion comes across like a post-coital wind-down at times, proving that even the seemingly insatiable Bob Collins has his limits.  It takes the first third of Bob Saves Harvey for Helm to finally convince Collins to continue the charade, and over half of it for the lovely ladies to re-enter the picture.  By that time, the tiring shutterbug isn't that interested in two dates for himself--just a deal sealer on the furniture.  Dude seems to want to be in bed alone for once. 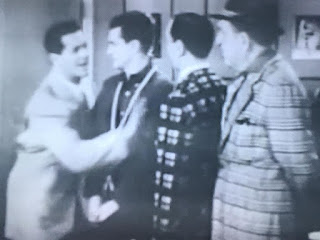 Jesse White doesn't have his trademark cigar in either installment, but he's sufficiently obnoxious without it.  Hilariously so--laughing loudly at his own jokes, backslapping, and trying to loosen up the hopelessly dull "Collins" that Helm nervously presents to him.  But this half of the plot requires less screen time for the future Maytag repairman, another reason Bob Saves Harvey is less frenetic.  And while seeing Henderson's full embrace of Hollywood clothing is good for some chuckles, it can't compare to his aggressive come-ons, graceless dancing and (unintentional, granted) passing out of pornographic souvenirs during the arc's first half. 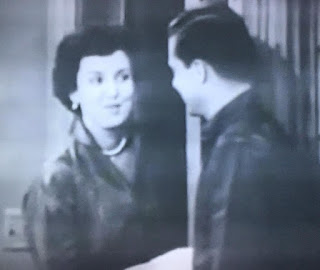 Both are absent from Bob Gets Harvey a Raise, but Margaret and Chuck make it into Bob Saves Harvey, with the former having little to do besides being brought up to speed to start the episode.  Chuck is one more person to fool in order to keep Henderson in the dark about Helm's ruse, and then unwittingly brings down the hoax by sending Mrs. Helm to the Mermaid. 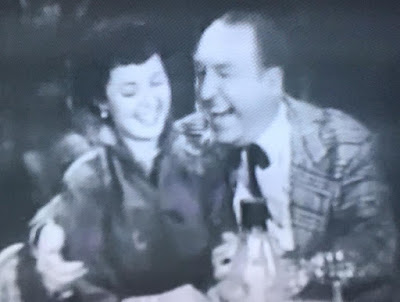 Mary Lawrence's appearances as Ruth Helm were sporadic and usually brief, but she was very well cast and always well utilized.  Bob Saves Harvey is no different; her priceless minute with Jesse White is arguably the high point of the installment. 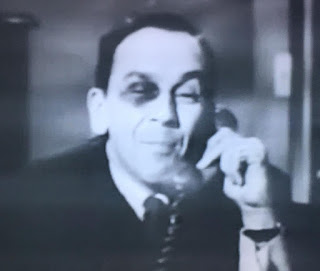 While Bob Saves Harvey might not be as uproarious as its better half, it's still pretty funny---as long as you've seen Bob Gets Harvey a Raise first.  That segment is the superior half as it is an absolute riot on its own.  While it might not seem necessary to make this clever story a two parter, Paul Henning did have 39 half hours a year to produce, and he made most of them funny for five full years.  He would continue to utilize multi-segment stories frequently on THE BEVERLY HILLBILLIES. 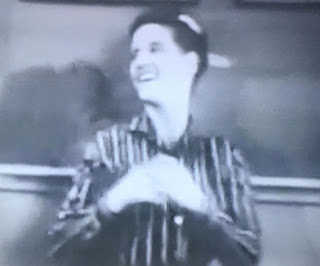 Bob faced no obstacles in the opener, and none until Ruth Helm's involvement--which was directed at her husband, not him--here.  Nevertheless, that shiner that "Mother" gave him would have hindered his success on this night.  That said..... 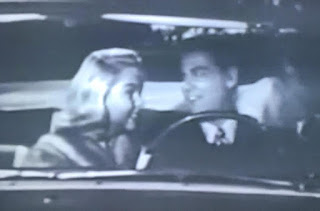 ....Bob probably didn't have enough gas in the tank to seal that deal on this night anyway.

Bob surely should have recognized the event in which Harv supposedly saved his life as his own fabrication to save Harvey's hide in The Sergeant Wore Skirts rather than an actual occurrence.  Why didn't he?  Maybe fatigue from the night before was a factor?  (Incidentally, Julie Bishop, clearly visible in that archive footage from 1956, had retired from acting in the two years since.)


After the wild goings-on of Bob Gets Harvey a Raise, Bob Saves Harvey is anti-climactic.  To be fair, that's unavoidable and also fitting.  As Hap put it, a man needs some rest!  While laughs are fewer and less vociferous, Bob Saves Harvey regains momentum once everyone converges on The Mermaid, and the capper is satisfying enough to make you overlook that this is the more subdued (and pretty padded) half of this hour-long romp. (**1/2 out of four)


Both episodes are available for your viewing pleasure on YouTube:

Bob Gets Harvey a Raise: