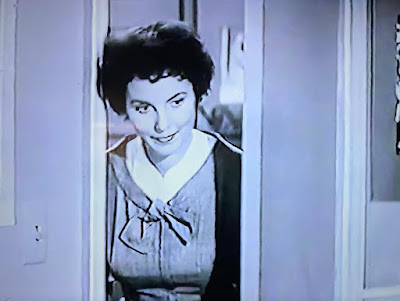 Bob Collins is whistling on his way to work today: his latest gig involves the photography of gymnasium equipment in action for builder Paul Martin.  Martin is paying $5,000 and Bob has booked two of his most attractive models, but there's a catch--Martin insists on a male model, and specifically an undeveloped man since that is Paul's targeted demographic. 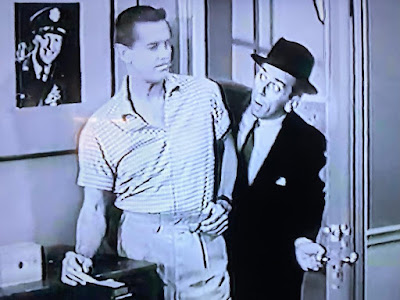 Not wanting to lose the five G's but stumped for a milquetoast male model, Bob has the answer walk into his office when his old WWII buddy Harvey Helm visits.  It takes some convincing, but since Harv is there for advice on spouse trouble in the first place, convincing Helm that a few workouts will turn him from mouse to man has henpecked Harv hitting the weights with Collette and Mary.  The muscles might not grow much right away, but the confidence does--in a way that will be quickly tested once the Mrs. drops by the studio. 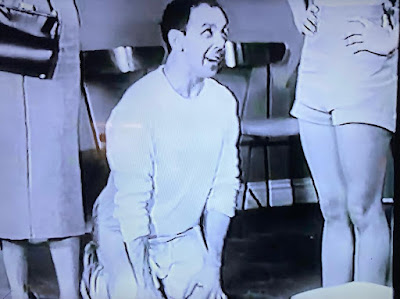 High-strung Harv is always a reliable source of amusement on LOVE THAT BOB, and watching Bob play Charles Atlas to Helm's Mac gives Bob the Body Builder a tad of slapstick to go with the expected verbal wit.  For once the motivation for Bob is cash, not cooze, making this installment closer to BILKO than BOB.  Of course, Henning and friends are up to the Hiken Challenge. 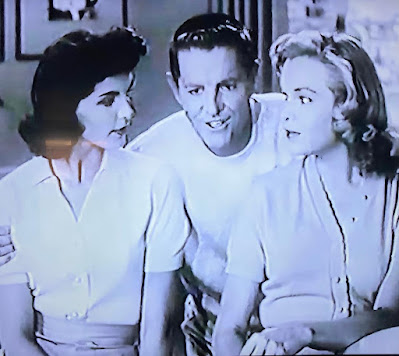 Bob doesn't really set out to kill two birds with one stone in Bob the Body Builder, but placating Ruth gives our shutterbug a neat backtrack once she sees hubby having a bit too much fun with "two ladies back to back".  The focus stays firmly on Bob's vocation for once and the old adage that the customer is always right holds true--if said customer is paying enough, that is. 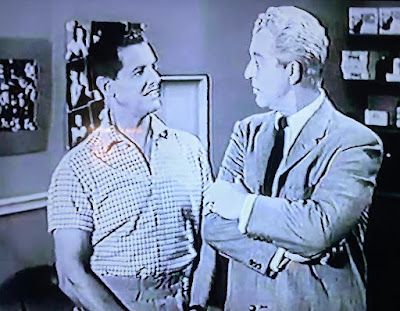 Not that we get too far away from Bobby's avocation.  It's telling that he doesn't send the two lovely models home once Paul Martin disagrees with Bob's tried-and-true concept.  (Good for us too: we get Lisa Gaye and Gloria Marshall dressed for exercise all episode.)  Hey, with five large at the end of this day, Collins can safely afford their respective day fees.  That is, until he oversells it.  Male fear of Ruthie wasn't limited to her husband--she always did throw The King off his game. 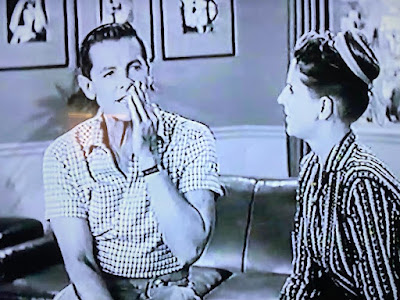 As well as Collins thinks on his feet when it comes to those gorgeous models, Harv's panic often rubs off on Bobby Boy when he's faced with the very married and no B.S. Ruth Helm.  Bob's loss of cool is never animated, but the calm duck on the surface is paddling furiously underneath.  Here, he gives away way too much of his payday----fully half----to his male model as part of his cover, and laying it on thick with the promise of a swimming pool from those earnings.  Add in the day fees for two models plus some promised goodies (mink stoles) to both and Schultzy, and Collins Photography's profitable day starts looking more and more like a mirage.  Can't win 'em all Bob. 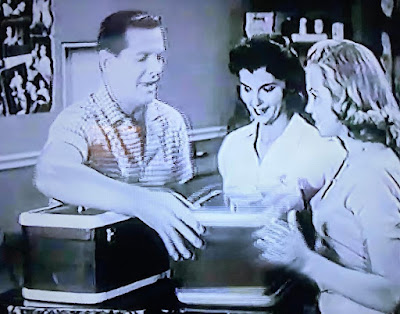 Gloria Marshall was highly visible during the first two seasons of LOVE THAT BOB as Mary Beth Martin, then returned for two fourth season episodes credited as "The Model".  And there really was a Paul Martin Company in Oakland, California; he was a friend and neighbor of Jack LaLanne's who created and designed modern pully machines and weight equipment, including the Smith Machine that turns up in Bob the Body Builder. 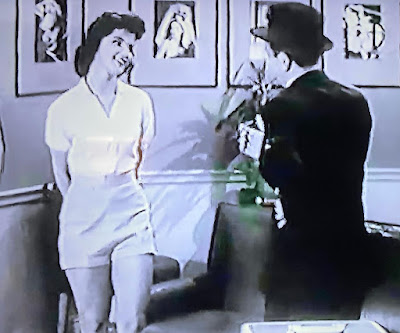 No one was--any carnal activity, anyway.  But old habits are hard to break, and Schultzy inadvertently blocks Bob's financial plans (as well as her own) when she spoils his story about ruined negatives. 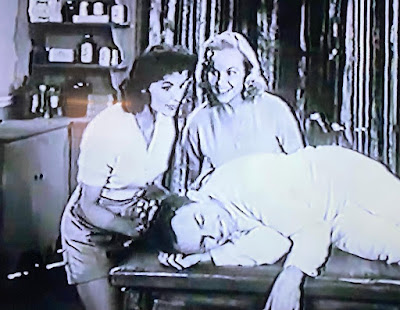 No, but this was a purely professional episode in the workplace.  In other words, a true rarity!

ABOUT THAT SWIMMING POOL:

Could $2,500 have really gotten you one in 1957?  Probably above ground only; Esther Williams Swimming Pools advertised a $5,000 18 x 36 concrete model in newspapers nationwide that year. 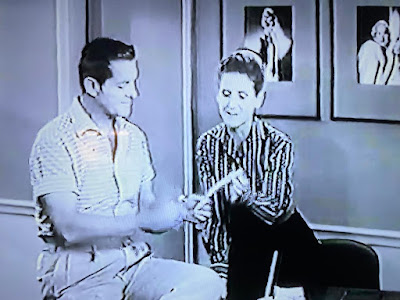 I can't dislike any segment that has Lisa Gaye in gym shorts for its duration.  Even without that enticement, Bob the Body Builder is a solid change of pace garnering its humor from slightly atypical sources while continuing to make the Henning/Gordon/Wesson team look like a bottomless source of clever lines.  Fewer belly laughs than usual but a half hour of near constant smiling compensates.  (*** out of four)

See Bob the Body Builder for yourself, courtesy of you know who's YouTube Channel: