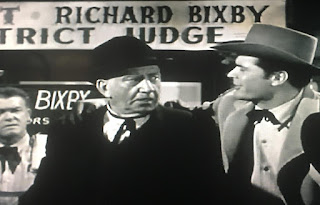 
Bret Maverick rides into Echo Springs dirty and disheveled, but not broke--thanks to the $1,000 bill he keeps pinned inside his coat for emergencies.  Tracing this lone large around a sheaf of newspaper with his penknife, Maverick maneuvers himself into a nice room at the hotel with his "quintupled" bankroll. 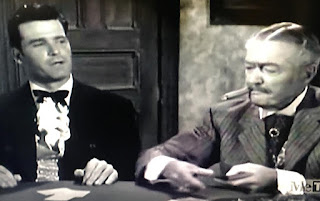 One subterfuge leads to the next, placing Bret in the local poker game with the incredibly wealthy and seemingly invincible mining magnate Phineas King.  Maverick deftly deduces that Phineas is a cheat, and hands King a rare defeat at the table, which the mogul refuses to take lying down.  First Bret is not-so-subtly warned to leave town.  Then, a beating from the King's men convinces Maverick that his adversarial bully needs humbling, so Bret decides to hit him where it hurts---right in the silver vein. 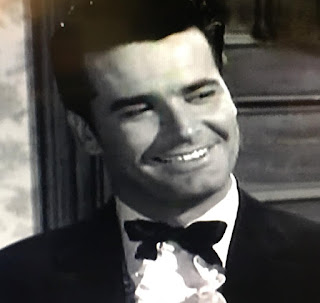 Point Blank was creator Roy Huggins' choice for MAVERICK's pilot episode, but with Jack Warner's insistence that every WB series had to be based on a studio-owned property, that honor went to The War of the Silver Kings instead.  It would be the first of three installments directed by Budd Boetticher (THE TALL T) and also the first of three teleplays from James O'Hanlon (Betrayal).  While it's impossible to defend Warner's cheapskate ways (which denied Huggins royalties for a "created by" credit), the final result isn't harmful.  In several ways The War of the Silver Kings is actually a better introduction to professional gambler Bret Maverick. 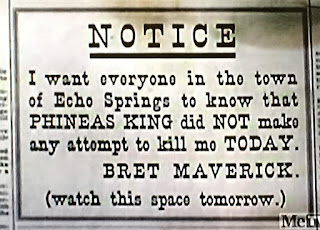 The card game is barely present in Point Blank, but poker plays a much larger role in O'Hanlon's script with Bret's takedown of Echo Springs' table bully setting the plot in motion.  Maverick shows us a masterful bluff of the hotel's clerk before the game, but this is dwarfed by the crispness of his play during it.  Bret is dealt a pair of Aces on an early hand, receives a third Ace on the draw---and promptly folds to King's seemingly routine bet on what is revealed to be a full house that King has drawn three cards to. 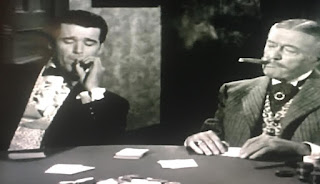 Quickly identifying Phineas as a cheat, Bret waits until he has King heads-up to make his move.  Demonstrating a full read on his man, Maverick asks for a cut before the draw.  King quickly tries to save face with a $1,000 bet after Bret's check, which turns into a check-raise when Maverick comes over the top with his (sealed) envelope with "$4,000" inside from the hotel's safe.  Unable to manipulate the hand to his liking, King folds his unimproved pair of Jacks to what we see is Bret's unimproved pair of fives.  It's clearly the first crack in King's armor, but more troubling to the mining boss is the fact that Bret is on to him.  Perhaps the wiser move would be accepting this one loss---after all, Bret isn't likely to stay long-term and this is only one pot---but King is not one to truly take any chance.  Especially not this one. 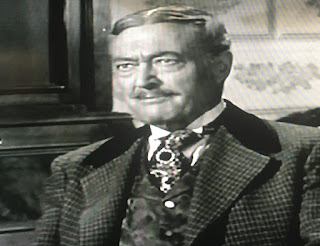 The War of the Silver Kings also aptly displays Bret Maverick's derring-do away from the table.  He neatly protects himself from further attack with a simple newspaper ad and gets a non-King man elected Town Judge with a stealth word-of-mouth campaign.   But good old fashioned study plays just as big a role as charm: it is Maverick who brushes up on the legal reading and finds that the Apex Law remains intact.  Echo Springs is slowly moved from one man's fiefdom into a mining town with full-blown competition. 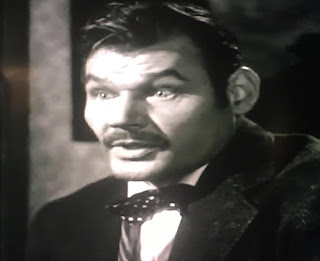 The combination of Maverick's easygoing charm and King's increasingly unsavory demands moves henchman Big Mike McComb into Bret's camp, making McComb the first of the colorful recurring characters in the MAVERICK universe.  It is hinted at the fadeout that McComb will be a permanent sidekick.  While that didn't come to pass, Leo Gordon would reprise the role four more times--notably in Boetticher's According to Hoyle and the legendary Shady Deal at Sunny Acres. 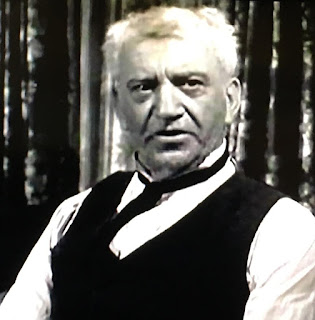 That oft-cited Law of the Apex really did exist, as a provision of the General Mining Act of 1872.  The courtroom scene seems to be the sole element of C. B. Glasscock's 1935 book War of the Copper Kings (to which Warner Brothers owned the rights, meeting Jack Warner's criteria) that was retained by O'Hanlon. 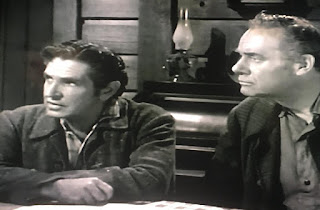 The War of the Silver Kings ended up being the final television appearance for longtime leading man Edmund Lowe, who appeared in only three more films before retiring.  John Litel has a nice showcase as the town drunk who makes the most of his second chance, and would return as another honest politician in The People's Friend.   Longtime cowboy hero and future F TROOP regular Bob Steele plays one of the townspeople under King's villainous yoke. 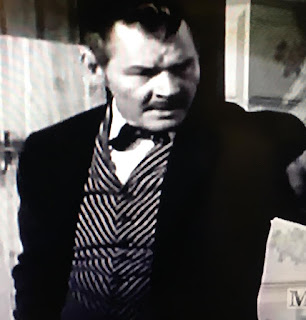 With Boetticher at the helm, this initial MAVERICK offering is played straight, with Bret impacting several lives in a positive way by episode's end.  Even King, who comes to accept sharing the mining community's riches and to respect his adversary's "guts".  But Huggins's creation is already mostly realized, at and away from the table: Bret never fires his gun (he pulls it only once, on McComb) and generally gets the worst of the fisticuffs.  Bret Maverick is one hero who prevails on his wits, proving the effectiveness of poker skill in other areas of life. 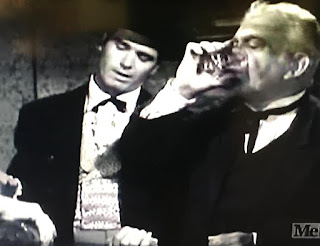 See above.  He at least tripled that $1,000 initial stake by the end of the evening.

None yet.  Bret didn't start spouting Pappy's proverbs until the third episode. 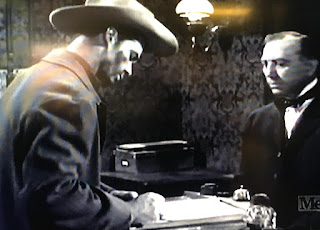 The key shortcoming in The War of the Silver Kings is a change that Huggins was forced to make: originally, Bret Maverick was to keep a healthy portion of the mining settlement, but both ABC and Warner Brothers objected.  Huggins realized he'd have to subvert expectations in stages, so he played it straight at the denouement and acquiesced to these wishes.  As a result, Bret Maverick gives all of the money to the miners, something we would later learn to be completely out of character.  This dings the installment a little, but neither network nor studio could mask all the skewed conventions in this sterling debut.  (***1/2 out of four)


MAVERICK is back on Encore's Western channel Monday through Friday at 2:45 P.M. Central, and also airs on MeTV every Saturday morning at 9 AM Central.