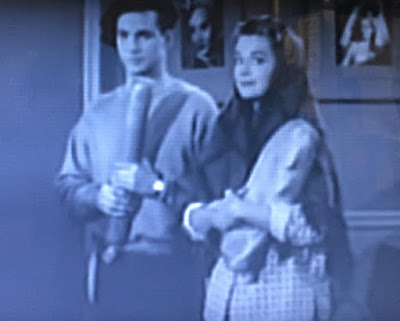 
Series overview for LOVE THAT BOB a.k.a. THE BOB CUMMINGS SHOW at this link:


It's initially a cause for celebration when Bob Collins Photography posts its most successful year to date, beating the past year's gross income by $7426.80.  ($64,467.76 in today's dollars, btw.)  Bob generously gives Schultzy extra money to treat her friends to the day's coffee break, tells nephew Chuck to treat himself to a new wardrobe using a charge card, and prepares to pay his 1957 income tax in one lump. 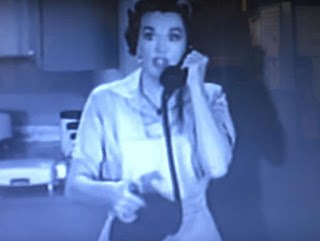 Bob's trip to pay the taxman ends the party, as the net income is a different story and turns out to be insufficient to satisfy the amount levied by the I.R.S.  Every single expense now warrants Bob's closest scrutiny, from "flowers for gardener" (which turns out to be Bob's attempt to woo Ava Gardner) all the way down to that diamond needle for Chuck's record player. 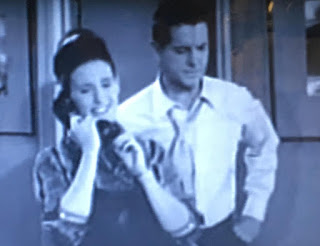 In an effort to make up for lost income, coffee is no longer free and Chuck is sent out to collect on past due accounts.  But why stop there....?  Schultzy adds an idea of her own as Bob sets out to persuade I.R.S. Agent Jollison that those so-called "dates" are actually business expenditures: just research and development (of new models) which should be deductible, right?

LOVE THAT BOB mines more conventional turf than usual in this outing (hasn't every long-running sitcom lead been questioned by the Internal Revenue Service at some point?) with the financial problems created by prosperity taking center stage over our leading man's nocturnal pursuits.  It quickly turns Bob the swingin' single into a veritable square with accounting on the brain.  Not that combining business and pleasure is completely discounted: 1955 Miss Oregon Dorothy Johnson makes her series' debut, credited as "The Model" Bob is interviewing.  While her fate is undetermined at the fade-out, she was obviously hired since Johnson became a semi-regular during the following season as model Harriet Wyle.

Johnson wasn't the only semi-regular-to-be making her bow in Bob Retrenches. This was also the first episode for Rose Marie, who would join the cast during the 1958-59 season as Schultzy's close confidant Martha Randolph.  As is the case with Johnson, same character/different name: she's called "Bertha" in the credits.  Whatever the moniker, Schultzy's buddy joins her in thinking that Bob is the cat's meow.  Just like the photographer's subjects and apparently most of the females in the building judging from the turnout for Schultzy's afternoon coffee break festivities (the best sight gag, expertly timed).

﻿﻿﻿
Ubiquitous (368 IMDb credits!) TV sourpuss Charles Lane is put to good use as--what else?--I.R.S. agent Jollison, whose humorously terse conversation with Bob is a comic highlight.  Lane and Marie add considerable oomph to a script that was slightly below par for the 1957-58 season.  There's a number of smiles throughout but few belly laughs, and the concept of charging admission to watch The Master in action had been handled better in the superior Bob Gives S.R.O. Performance only a month earlier. 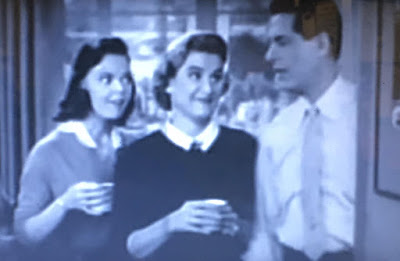 With money on the brain for everyone, Bob faced no resistance to his efforts to romance his prospective new model.  Hell, even Schultzy was encouraging him here, since The Show proved to be profitable! 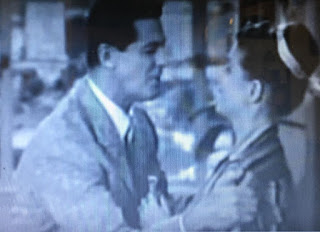 Our playboy lays one on Ms. Johnson during her audition, so he seemed on his way.  However, Jollison's ill-timed office call landed Bob in the clink for fraud at the fadeout, so in the end I'd have to say no.  (At least, he probably didn't want to score there.)  Though he did give Schultzy a noticeably longer kiss than usual earlier, when things appeared successful...... 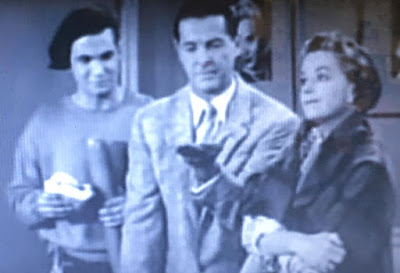 Not a bad episode by any means, just unexceptional.  A significant number of smiles, though; this one only suffers in comparison to howlers like Bob Gives S.R.O. Performance and Bob Goes Bird Watching that had aired recently.  The gags may not be gut-busters but they go down easy enough.  Cummings the director has another inspired moment near the end with his presentation of the high-demand "performance and coffee", but there's fewer of those from him and the writers than we've become accustomed to in Bob Retrenches.   (**1/2 out of four)

It's probably a collector's item to find anything Charles Lane did that didn't have him playing a meanie. His recurring gig on "Petticoat Junction" convinced me he might've been typecast. What say you, Hal??

Agree completely hobbyfan. If Lon Chaney was the Man of a Thousand Faces, then Charles Lane was certainly the Man of a Thousand Foreclosures. One vivid favorite of mine was the meeting of the minds between his Homer Bedloe and Raymond Bailey's Milburn Drysdale on the BEVERLY HILLBILLIES episode "The Hired Gun".