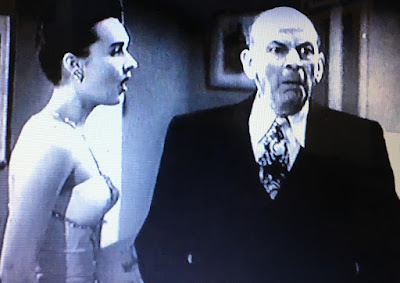 The introduction to our Leon Errol Salute series is at this link.


Leon Errol is in hot water yet again.  The Mrs. has caught wind of his activities during her vacation, and she arrives home early to find him happily dancing with Dell--who isn't the only young blonde at what is obviously a lively party.  Not buying Leon's claim that he's entertaining clients before a big sell ("Looks to me like you're on the buying list!"), Dorothy tells him to explain it to her lawyer before her haughty exit. 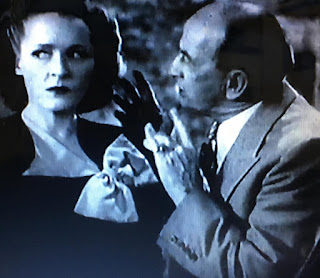 Meanwhile Leon agrees to provide accommodations in Dorothy's temporarily vacant room for Professor James as a favor to a friend.  Ol' Rubberlegs hasn't met the instructor, and is initially delighted once he learns that the bespectacled James is actually young, beautiful and female--until the Mrs. returns, that is.  With Leon's angry, threatening brother-in-law Warren at her side, she has agreed to give the Mr. just one more chance.  But after the scene witnessed by Dorothy earlier, how's the hubby to explain the presence of a comely brunette in her bedroom? 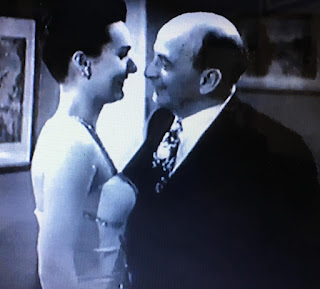 The mouse is playing while the cat's away once again in Oh, Professor Behave!   Lone gives every indication that he's making plenty of whoopie during his wife's soon-to-be truncated vacation.  Curiously, though, Leon urges the piano player to "speed it up" while he's slow dancing with nubile Dell--you'd think he'd want to do just the opposite, no?  No matter--Dorothy brings the festivities to a halt.  But the freneticism is just beginning. 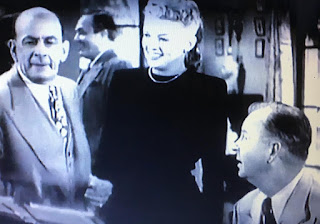 Hal Yates was on a real roll at this stage of the venerable series, with entries like Beware of Redheads and Double Honeymoon brimming with sight gags stemming from ingenious set-ups.  Unfortunately, there's much that is hard to swallow here--distractingly so.  Professor Ward looks way too young to be more than a graduate student and complete stranger Devlin climbs up a vine-covered ladder to the second story on Leon's command, no questions asked! 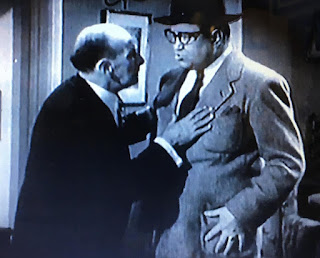 If one is willing to accept such loopy contrivances, Oh! Professor Behave certainly offers one of the least labored joke barrages of the series in its second reel.  The stand-in professor turns out to be a total crook, deftly pickpocketing a much higher fee than the $50 Leon hastily offers for masquerade and aiming for all the silverware in the house amidst the chaos.  Meanwhile, the real Professor suffers unthinkable indignities--Leon's come-on, Daisy making off with her nightgown, and being bound and gagged by the butler and eventually wrapped up in linen by Leon.  At least, that is, until the last one: the Fake Professor unknowingly kidnaps her! 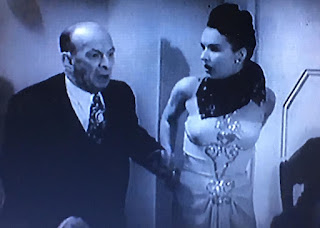 Making his only appearance in an Errol short is "Daisy", best known for playing the dog of the same name in 28 BLONDIE feature films for Columbia from 1938 to 1950.  Yes, you read that right---Daisy was really a male whose real name was Spooks.  Further confusing things, butler Coleman calls him "Boots" here.  Daisy was adopted for a mere $3 (some sources said fifty cents!) and ended up earning well into six figures by trainer Rennie Renfro. 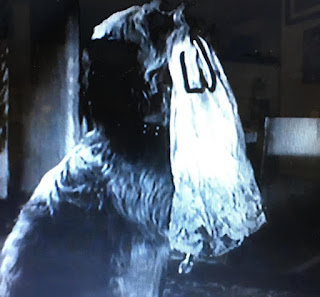 This does appear to be the original Daisy I, though I could be mistaken: there were at least two successors as of the 1957 BLONDIE TV series.  Daisy I would have been around eight years old when Oh, Professor Behave! was filmed.   Boots plays hide and seek early on (hiding his face adorably) and later produces the real professor's nightie at an inopportune time for master Leon.  Daisy's high fee was usually worth it, and it is refreshing to see RKO shelling it out for what was often a modestly budgeted series by the late forties. 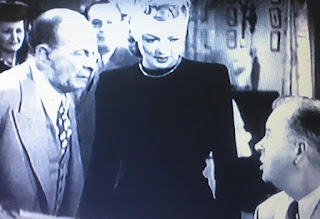 RKO starlet Myrna Dell started her Hollywood career at RKO, appearing in seven Errol shorts between 1945 and 1948.  Dell was usually the "other woman" making whoopie with Leon behind the wife's back, and while Oh, Professor Behave! is no exception to that rule, she doesn't appear past the opening scene. 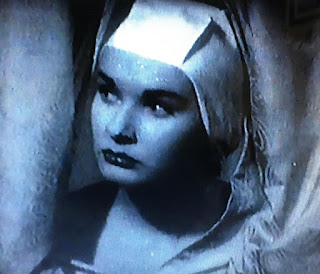 Myrna Dell (THE BUSHWHACKERS) wasn't overshadowed often, but it happens here with stunning Amelita Ward in the titular role.  The future bride of BOWERY BOY Leo Gorcey is the brunt of much of the slapstick, enduring it all with almost impossibly good humor.  Ward retired from acting after her 1949 marriage (which lasted only seven years) but did return to the Leon Errol universe one more time in 1948's Secretary Trouble. 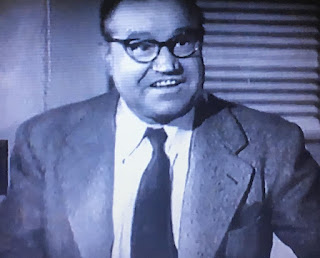 But forget the lovely ladies (if you can): the real show-stealer here is beefy character actor Joe Devlin, who understandably had multiple credits as "Mug" and Mussolini during the decade.  Hell, forget the show, the Fake (and decidedly un-scholastic) Professor tries to make off with the entire Errol household in addition to far more than his share of dinner.  He also has some delightfully un-scholarly dialogue for the guise foisted on him--it's a shame this was Devlin's only appearance in the long-running series. 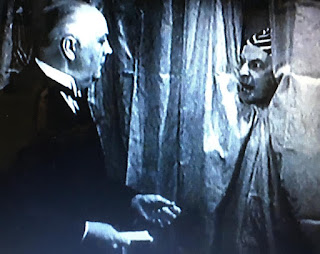 As for the Great Man himself, he's as reliable as the word gets.  Whether he's stammering, leering, dancing or slamming doors, his timing is perfect.  His chief co-conspirator is perennial butler Coleman as they take turns in this game of hide the Professor. 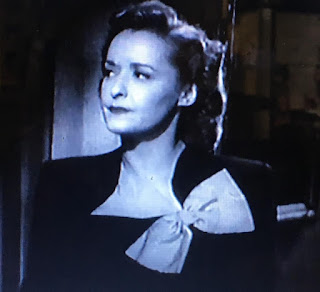 Oh! Professor Behave is mirthsome but ultimately middling for a Yates-Errol short, if you prefer your two-reelers to have just a tad of verisimilitude. Still, the craziness is undeniably fascinating--Leon never realizes he's been ripped off, the police are never called, the only transgression punished is---Leon's.  The Errol World in a nutshell: giving a thief carte blanche in your house is preferable to facing the wrath of the wife.  But why, Leon?  You've had dozens of vases broken over your bald head by now!  The sight gags alone make Oh! Professor Behave worth a second look.  While we're at it, Amelita Ward is worthy of a third, "Daisy" is a welcome surprise and it's nice to see Coleman get more time in the spotlight than usual.  (**1/2 out of four)

Always loved this particulareon Errol short and was amused by the slapstick indignities suffered by the Professor. Have you reviewed the short ' Backstage Follies'

Thanks for reading and commenting Unknown! I have "Backstage Follies" in the queue for review.