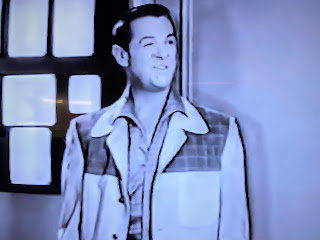 Introduction to the LOVE THAT BOB/BOB CUMMINGS SHOW episode guide is at this link.

The show's fourth season opens with Bob Collins in the studio with Goude, having talked her into modeling after Bob Meets Miss Sweden.  Schultzy gleefully reports that's all he's talked her into--the Swedish beauty is convinced her photographer is nothing but a playboy (perceptive!).  But fate intervenes courtesy of the U.S/A.F.  Bob's girl Friday dutifully brings a telegram calling reservist Major Collins in for active duty, which sufficiently impresses his newest model enough to offer cooking from her homeland the following evening. 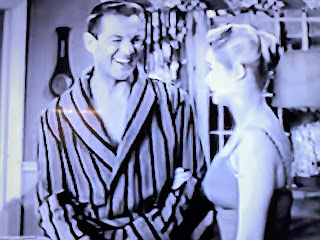 Recognizing this setup as a familiar ruse they've pulled before, Bob is ecstatic with Charmaine's quick thinking.  Unfortunately for our shutterbug, this telegram isn't a phony--so he calls Grandpa to fly out and help Margaret during the two weeks he'll be away.  Hijinks ensue when Grandpa Collins thinks the Air Force assignment is his, and the former calvalryman reports to General Tallman while Bob plans to frolic in the pool with Ingrid. 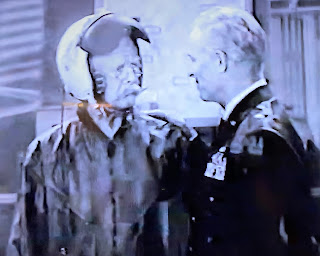 For the second season in a row LOVE THAT BOB opens with a beauty pageant winner and a trip to Los Angeles for Grandpa.  The stakes are certainly higher this time, with Bob potentially losing his USAF commission instead of a mere date with Zsa Zsa Gabor.  One look at "Major Collins" convinces Tallman (not so affectionately known as Old Ramrod) is convinced that Bob's hard living has caught up with him.  But then Grandpa starts to ace every test--familiar humor that Henning would repeat with Granny in THE BEVERLY HILLBILLIES many times. 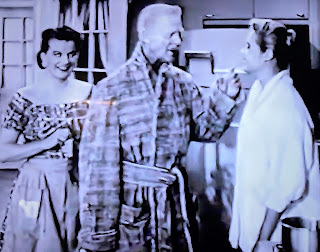 Bob Collins has subtly become more lecherous in a year's time.  Grandpa Meets Zsa Zsa saw our photographer eschewing young pageant contestants in order to pursue the titular icon.  Miss Sweden?  The same age, but a much different matter.  Twenty year old Ingrid Goude is half Gabor's age (and less than half Bob's) but he pulls out all the stops to change her mind--not just here but throughout the 1957-58 season.  Yes, Goude's sophomore LOVE THAT BOB marks her addition to the regular cast as the one model The King just can't conquer. 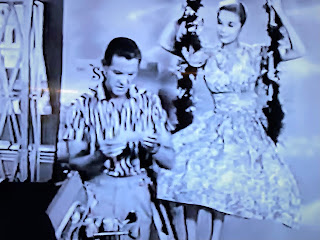 A can't miss Christmas party, a Miss Perfect Body contest, even a trip to the moon(!)--Bob tries literally everything he can think of to score with the 1956 Miss Universe runner-up.  To no avail, of course.  But at least he usually gets her into a bathing suit for our enjoyment--and Chuck's.  Ingrid Goude didn't return for the fifth and final season, instead moving on to THE KILLER SHREWS and then a lower profile as a housewife (to department store mogul Jerome Orbach).  She's still with us at 85 but hasn't acted since 1961. 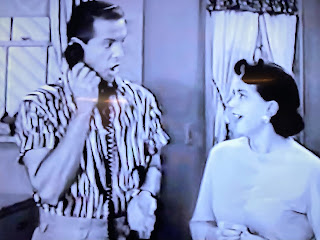 General Tallman is the anti-General Shoop, recognizing Major Collins as a "good pilot" but holding Bob's personal life in disdain.  He is respectful of Grandpa's performance at age 90 (ten years older than reported in other segments) but seems gleeful at the prospect of directing Bob's two week hitch after the unfortunate misunderstanding.  The later Bob in Orbit gave us a likely look at the nitty-gritty of that 'training'.  Too bad Bobby boy didn't get a Swedish meal from Ingrid before the start of it. 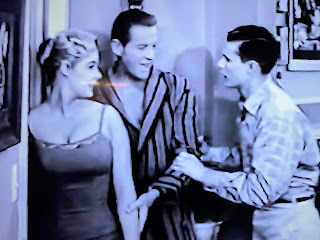 Cummings' 22nd segment behind the camera was his first attempt to direct himself in a dual role.  As was rapidly becoming the norm with his heavier workload, he acquitted himself nicely wearing three hats.  Chemically enhanced or not, the star's 1957-58 direction was Emmy worthy.  He directed several inexperienced guest stars to comedically sharp performances while continuing to deliver the goods in his own nominated one.  Outside of BILKO no peer brought the energy like LOVE THAT BOB, and Air Force Calls Bob, Grandpa Answers shows it kicking off Season 4 in its prime. 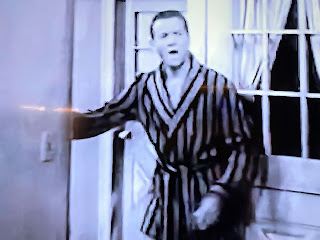 Once again Bob Collins' biggest obstacle is his own grandfather, who pretty much steals his date for the second season opener in a row.  To be fair, Joshua was called out west by Bob, so you could make the case that he blocked himself. 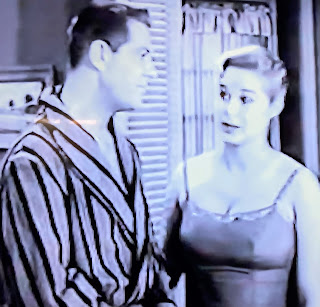 First base is achieved in two minutes as Bob's USAF assignment gets him a kiss along with that date.  But, perspective--Ingrid Goude is guest starring and Grandpa appears, so we have two of the surest guarantees that Bob will remain stranded there at the end of the inning.  Tough start to the season! 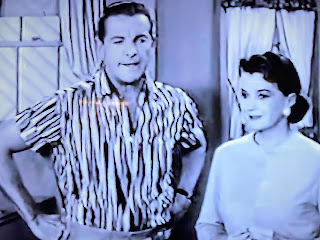 LOVE THAT BOB would go to the Grandpa well a tad too often in the gimmicky final season, but Bob's octogenarian alter ego had been missing for an entire year before this one.  As is usual with his appearances, there are some groaningly contrived misunderstandings.  I mean, Grandpa was a Rough Rider in the service and there was no Air Force yet!  Cummings hadn't yet allowed this shtick to become overused and the show had its best writing team out in full force, so Air Force Calls Bob, Grandpa Answers still scores even if its titular shutterbug doesn't.  The show's one hundredth installment, BTW. (*** out of four)

Mike Kenney has several LOVE THAT BOB episodes on his YouTube channel, including this one.  Enjoy!

Whew! I was gettin' ready to send out a search party!