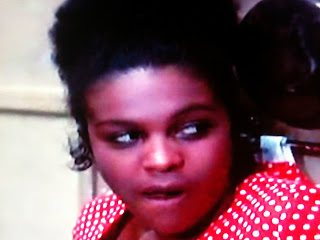 Pettit, Greene and Edwards are sisters (Pettit the youngest) living under mother Stubbs' roof.  The cramped arrangement also includes grandmother McNeil, her boyfriend Martin and the children of Pettit's two older sisters, both unwed mothers.  Their rental house is about to become more crowded, as Greene is pregnant again.  School janitor Stubbs is disappointed in her own daughters but puts her former foster child Uggams ("my only one to go to college") on a pedestal.

Greene and Edwards have long harbored a deep resentment towards Uggams and both team up to manipulate and bully half-sister Pettit, who dreams of a dancing career and has secretly dropped out of high school to start on it at "The Groovy Bar and Grill".  This puts Stubbs is in danger of finishing 0 for 3 on the college dream for her biological children.  Meanwhile already raw feelings are about to get rawer, as Stubbs' outwardly successful ex Peters arrives bearing gifts and Uggams plans a Mother's Day homecoming as well. 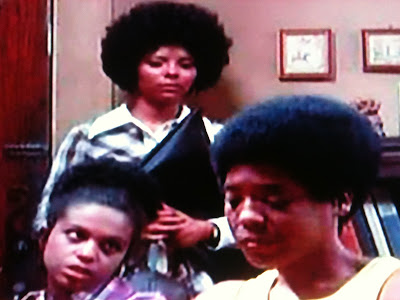 Few remember it today, but in between his cerebral actioneers COTTON COMES TO HARLEM and GORDON'S WAR, Ossie Davis helmed this female-dominated sleeper, the only film adaptation to date by talented playwright J. E. Franklin.  As Franklin's titular GIRL, Pettit isn't presented as a prodigy with an extraordinary gift, just a teenager with a dream who shows enough aptitude and desire to deserve an opportunity to pursue it. 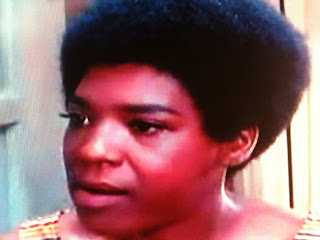 But vulnerable Pettit finds derision and discouragement at almost every turn.  Stubbs dotes on Uggams and subconsciously takes her grudge against Pettit's father out on her youngest daughter.  Greene and the especially bitter Edwards tear down everyone around them, especially Pettit, feeling that any success from her would accentuate their respective shortcomings.  Favored ex Peters is equally unsupportive of Stubbs' only child that isn't "his", offering inflammatory asides about the "only possible outcome" of a dancing career (nudie bars).  While Pettit seems closest to Uggams, she's almost as jealous as her half-sisters of the foster child's effortless dominance of Stubbs' affections. 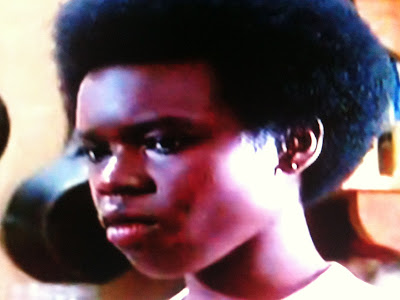 As was the case with his action entries, Davis got excellent performances from his cast, which included three holdovers from the original 1971 stage production (Greene, Edwards, Stubbs).  While there are some very familiar names in BLACK GIRL, it's the less famous actors who really get a chance to shine; Tony Award winner Uggams has less screentime than the three sisters and both Peters and Dee basically have glorified cameos.  In fact, Dee has no lines in a nevertheless crucial role as Uggams' birth mother who is suffering from mental illness. 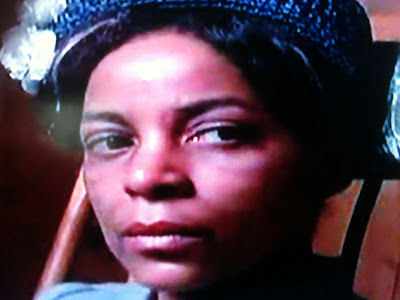 Franklin's study on the difficulty of breaking a vicious cycle and the handing down of dysfunction from generation to generation was not a financial success in the early Seventies.  Action films dominated the box office (SHAFT, SUPERFLY); those seeking African-American family drama overlooked the contemporary BLACK GIRL the first time around in favor of films set in an earlier era (a la SOUNDER and THE LEARNING TREE).  Seen today, it might betray its stage origins and vintage on occasion, but Davis' understated approach meshes well with Franklin's frank dialogue and realistic resolution.  Those who find Tyler Perry's approach to similar themes too melodramatic may find a lot to like here. 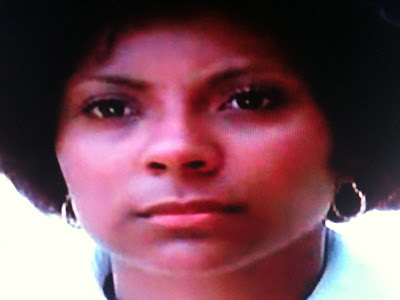 No earthly idea why here, if anything I think it was ahead of its time--save for the soundtrack and especially Peters' threads.   Franklin (whose other plays include THE PRODIGAL SISTER and CHRISTCHILD) expressed frustration with the Hollywood version of her best-known play, and has yet to write for the big screen again.  Since it was never released on VHS either, it may be a dispute over music rights, a common holdup. 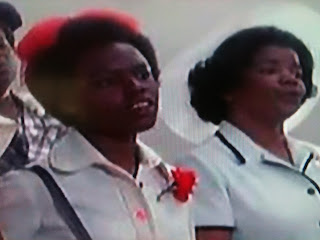 A wonderful opportunity to see a filmed version of Franklin's best-known work, and some truly unsung (at least in cinema circles) talents in front of the camera as well.  Pettit has been a stage stalwart for four decades, but BLACK GIRL remains her only film. With the difficult task of keeping the most vicious character from caricature, Edwards is at her very best.  She only appeared in 8 films (including WHICH WAY IS UP? and SISTER, SISTER) before her untimely death in 1988.  Stubbs (THE LANDLORD) also had a distinguished theatre career but appeared in only three other feature films, and Greene's sole big screen appearance after BLACK GIRL was a small part in LEADBELLY.

I ran this a couple of years ago in the Ossie Davis Theater here in New Rochelle, as part of a Black History Month film festival, and it went over well.

Great posts, as usual! Just wanted to let a Klug-brother know that the Big Q is back on Netflix. Awww yeah. Next stop, nowhere!

Many thanks Frost! That means The Hilarious Years will have new installments forthcoming!

This was suggested to me by YouTube and it really got a hold of me. I love it! There is a lot there and I’m gonna watch it again.

Saw this movie for the first time and loved it!!!!!...great acting and very touching

This is one of my favorite movies of all time. The acting was beyond superb. Edwards brought home and Pettit was mesmerizing as was Stubbs, Uggams and the great actress Claudia McNeil. This is the quintessential must see Black film. The paridigms and themes often repeated from one generation to the next, until one of us breaks out of the barrel.