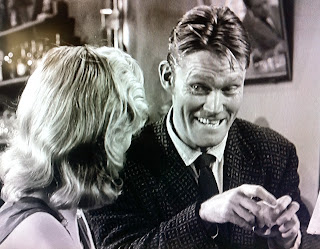 FDA agent Graves goes undercover as a driver in training for a Los Angeles trucking company to crack a case involving the trafficking of "bennies" (amphetamines).  The bennies are being supplied to truckers for long distance runs with the result being a number of fatal accidents.  Moving into Powers' boardinghouse upon arrival, Graves doesn't have to wait long for suspicious activity.  Manic co-worker Connors seems to be on a constant unnatural high, Dierkes freaks out and attacks a Teamster brother with a meat hook, and long-timer Engel turns up dead shortly after warning the newcomer about the dangers of having pills for co-pilots.  The increasingly addicted Connors becomes Graves' new partner and unwittingly outs waitress Anders as a connection.  Meanwhile, Powers takes a shine to the "rookie" from out of town. 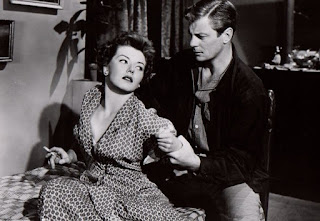 As a cautionary drug tale of its era, DEATH IN SMALL DOSES isn't as exploitative as HIGH SCHOOL CONFIDENTIAL, but it does contain a lot more sensationalism than (say) a MAN WITH THE GOLDEN ARM.   Drivers are dependent enough on their "co-pilots" to have a vial in one hand while the other is on the steering wheel, and violent attacks and hallucinations occur with amazing frequency.  Typical of the era's B's from Allied Artists, it is consistently entertaining, particularly the performances.  The MVP is ex-Boston Celtic and Chicago Cub Connors.  Just a year away from his stoic signature role as THE RIFLEMAN, Connors literally can't stand still, constantly grinning ear to ear and delivering his hep patter at a mile a minute. 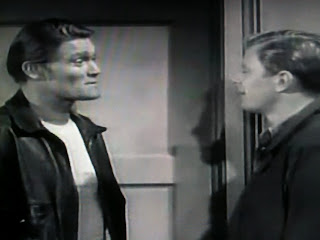 Connors and Graves make a fun Mutt and Jeff pair in their scenes together.  The former's nonstop animation contrasts hilariously with Squaresville resident Graves, whose woodenness is almost on the Adam West as BATMAN level.  Watching poker-faced Graves here makes it easy to see why he appeared to be having a blast in AIRPLANE! a quarter century later.

As you'd expect from pros like Graves, Powers, Connors and director Newman (Allied's THE GEORGE RAFT STORY), DEATH IN SMALL DOSES is professionally made and acted, a cut above exploitation.  Particularly unsettling is Connors' wild driving on no sleep.  Hey, that convertible suddenly forced into a game of chicken with a transport truck could be you or me! 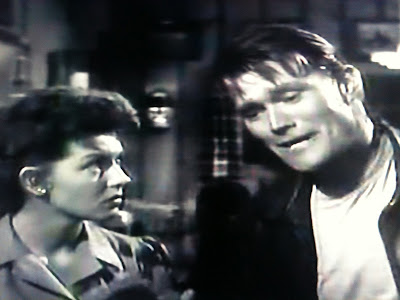 But is it so well done that I hesitate to bestow it with the Camp Classic label?  Nah.  Not when we have pep pills inducing murderous rages.  That meat hook attack starts one workday(!) and later, such homicidal intent is even premeditated, as Connors steals a steak knife with the intent of using it later because that wheel is HIS, Baby!  Even REEFER MADNESS didn't go that far.  DEATH IN SMALL DOSES is way too competent to reach that level, but it isn't exactly Everything You Wanted to Know About Bennies but were Afraid to Ask either.  Saying it is a "hilarious howl" like TV Guide is overstating a bit, but it does provide a lot of smiles before our most entertaining addict crashes. 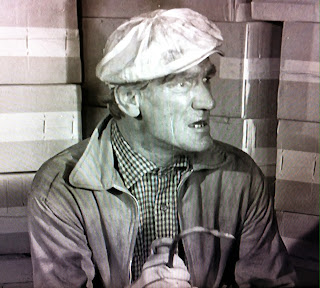 A low budget Allied Artists cautionary tale overshadowed by more teen-oriented and unabashedly exploitative tales from the same era, DEATH IN SMALL DOSES just fell through the cracks, never even receiving a VHS release and rarely airing on TV. 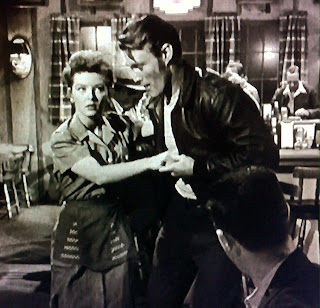 Both TV Guide and The Psychotronic Video Guide call it a must-see, two sources disparate enough to provide all the references you need, right?  Fans of Chuck Connors are especially encouraged to search for this one; he singlehandedly ensures that a good time will be had by all.  DEATH IN SMALL DOSES recently had its Turner Classic Movies premiere, so be on the lookout for a repeat showing in the near future.

Nice review! Now, if only they'd put it out on DVD already (or at least Netflix streaming). Hey, if it's good enough to be recommended by the Psychotronic Film Guide, then it's good enough for me.