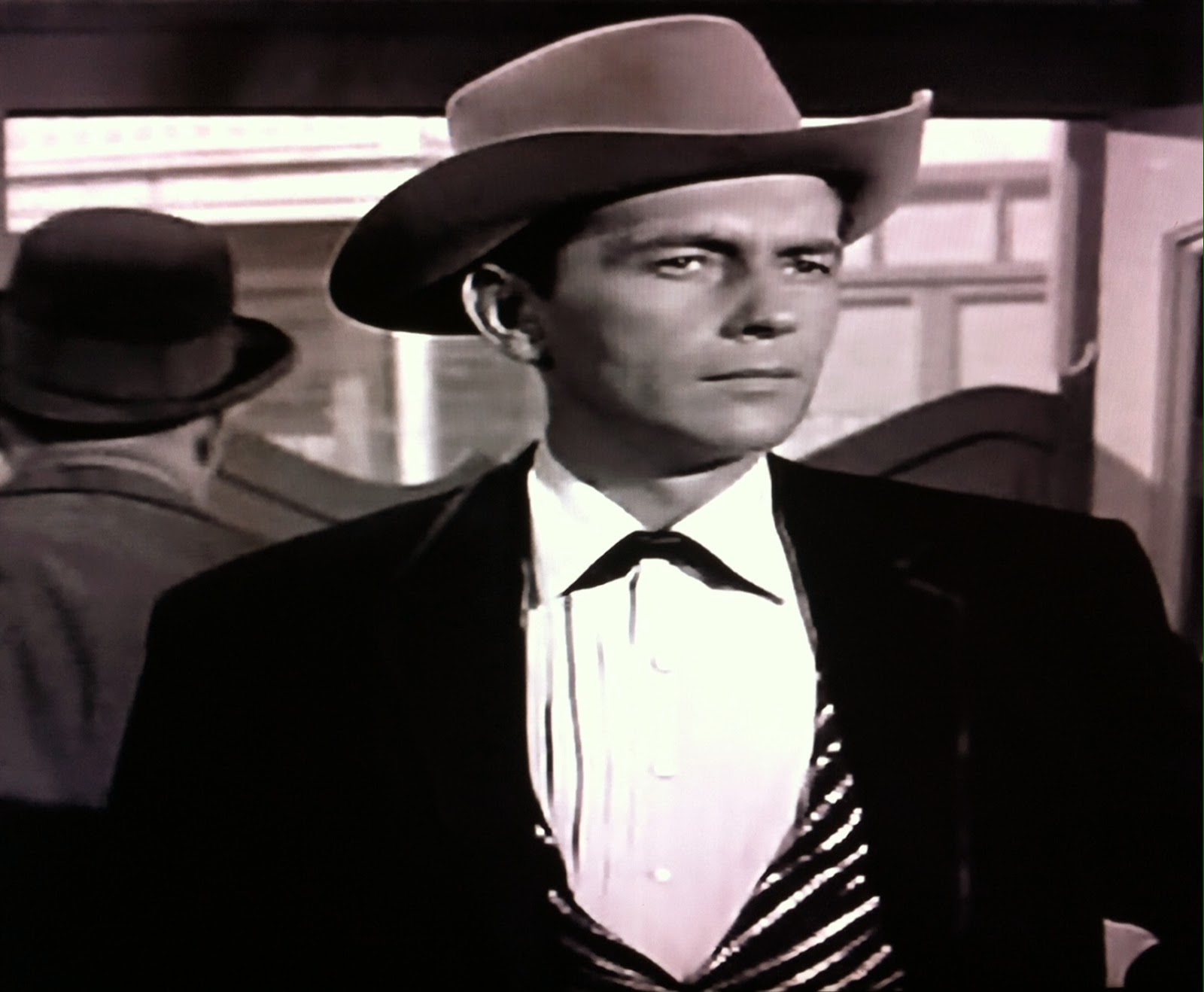 
Bart wins $12,600 in Diamond Dan Malone's casino, or about $10,000 more than Malone has on hand.   Learning that Sheriff Martin is anxious to close Malone down (a situation not helped when his deputy is killed protecting Bart from a robbery attempt), Maverick finds himself sharing ownership--his only chance to eventually be paid in full.

The fifth (and last) season of MAVERICK was largely ignored by Nielsen viewers after a time slot change to 6:30 ET. on Sundays.  Despite the sliding ratings, this final batch of 13 episodes (down from 32) was a noticeable step up creatively over the inconsistent 1960-61 season.  Not every new wrinkle succeeded, but producer William L. Stuart (replacing Coles Trapnell) made a game attempt to recapture the vibe of the show's prime by adding Doc Holliday (Peter Breck) and "Pearly" Gates (Mike Road) as recurring foils.  With a reduced production schedule and no new Maverick kin to introduce, the writers went back to the basics as well.  Installments like The Art Lovers, A Technical Error and The Golden Fleecing boasted intriguing setups stemming from the poker games that were absent from too many fourth season entries.

All that said, Epitaph for a Gambler was one of the few misfires from the show's final go-round.  The key problem was Slavin's ill-fitting script, surprising considering that he was one of few writers remaining with credits dating back to MAVERICK's genesis (he debuted with Stage West, the sixth episode).  Great pains were taken from the get-go to note the difference between Bret and Bart's chosen profession of poker (primarily a game of skill, with elements of luck) and every other casino table game.  You rarely (if ever) saw either brother at the craps table for example.  Why play a pure game of chance with the house having the advantage instead of you?  Nevertheless, Bart not only plays roulette here in the first scene, but lets it ride after hitting his 36 to 1 shot!  If Bart detected a flaw in the system that made his unlikely two-fer (odds: 1 in 1296) close to a sure thing, he never let us in on it. 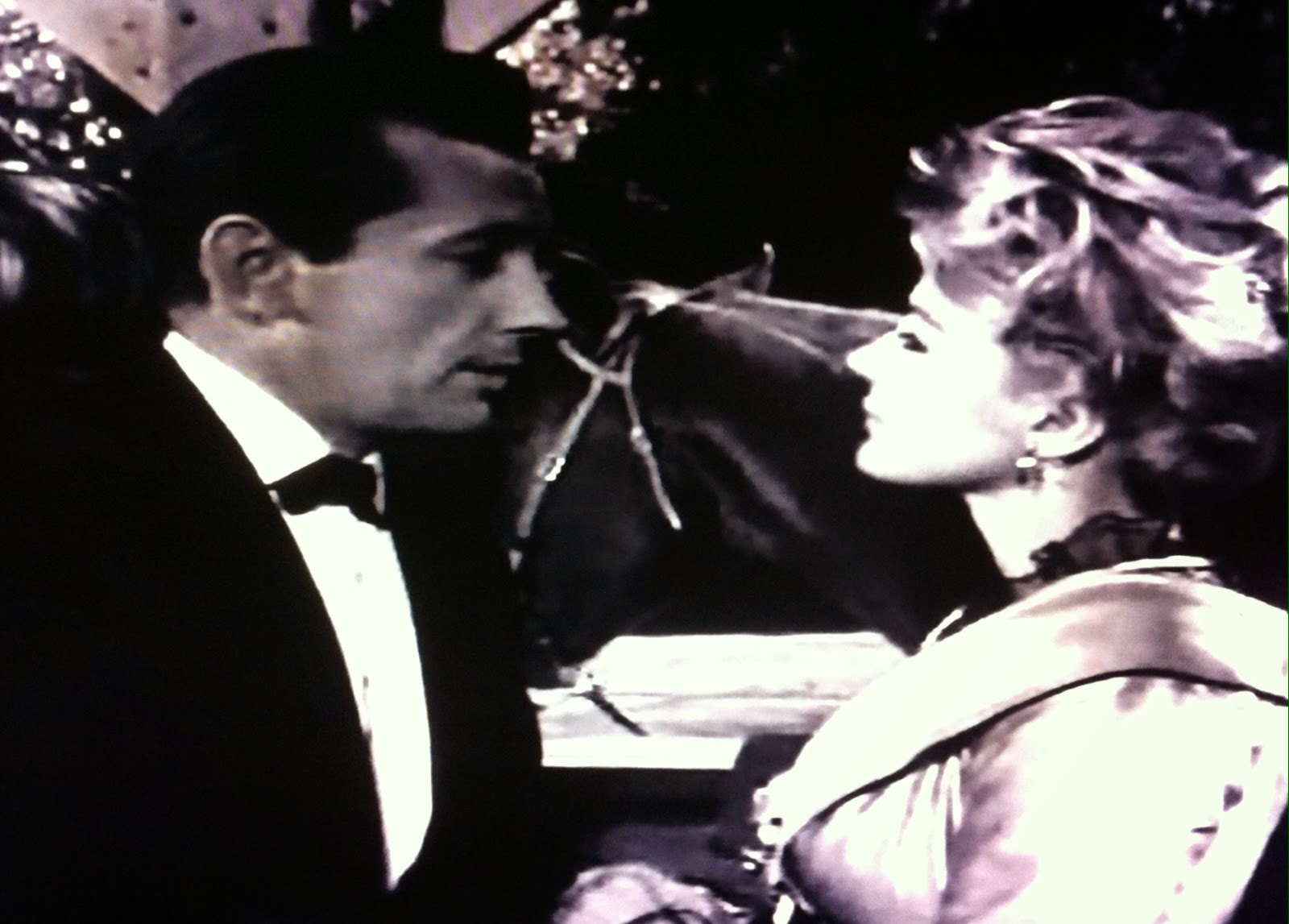 Bart later competes with the upright Sheriff for lovely Miss Storey, even considering settling down with her. Maverick tells us via narration that his wise old Pappy "always told him" he'd meet a lady one day who'd "make him forget all about Lady Luck".  Which of course contradicts everything we've heard from Pappy for some 120 episodes: compare this thought with Bart's clever detection of a fake telegram from Pappy in Last Wire from Stop Gap for the most glaring contrast with his prior proverbs. 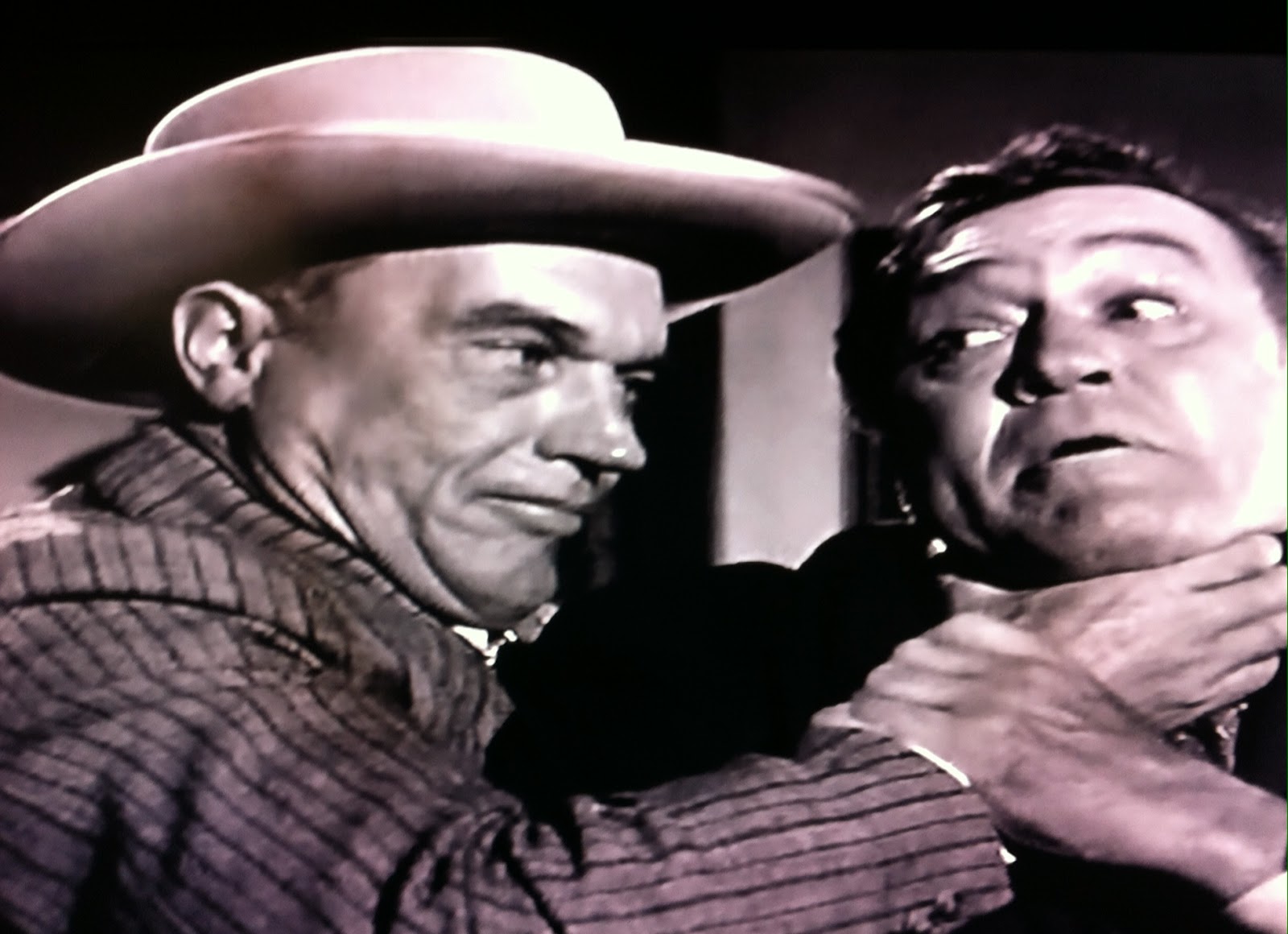 Finally, Bart even ends up tearing up an I.O.U. for several thousand dollars with no strings attached.  To be fair, this last action does seem plausible here in light of the denouement it follows.  Nevertheless, one spends most of Epitaph for a Gambler wondering: Who is this strange gentleman, and what's he done with Bart Maverick? 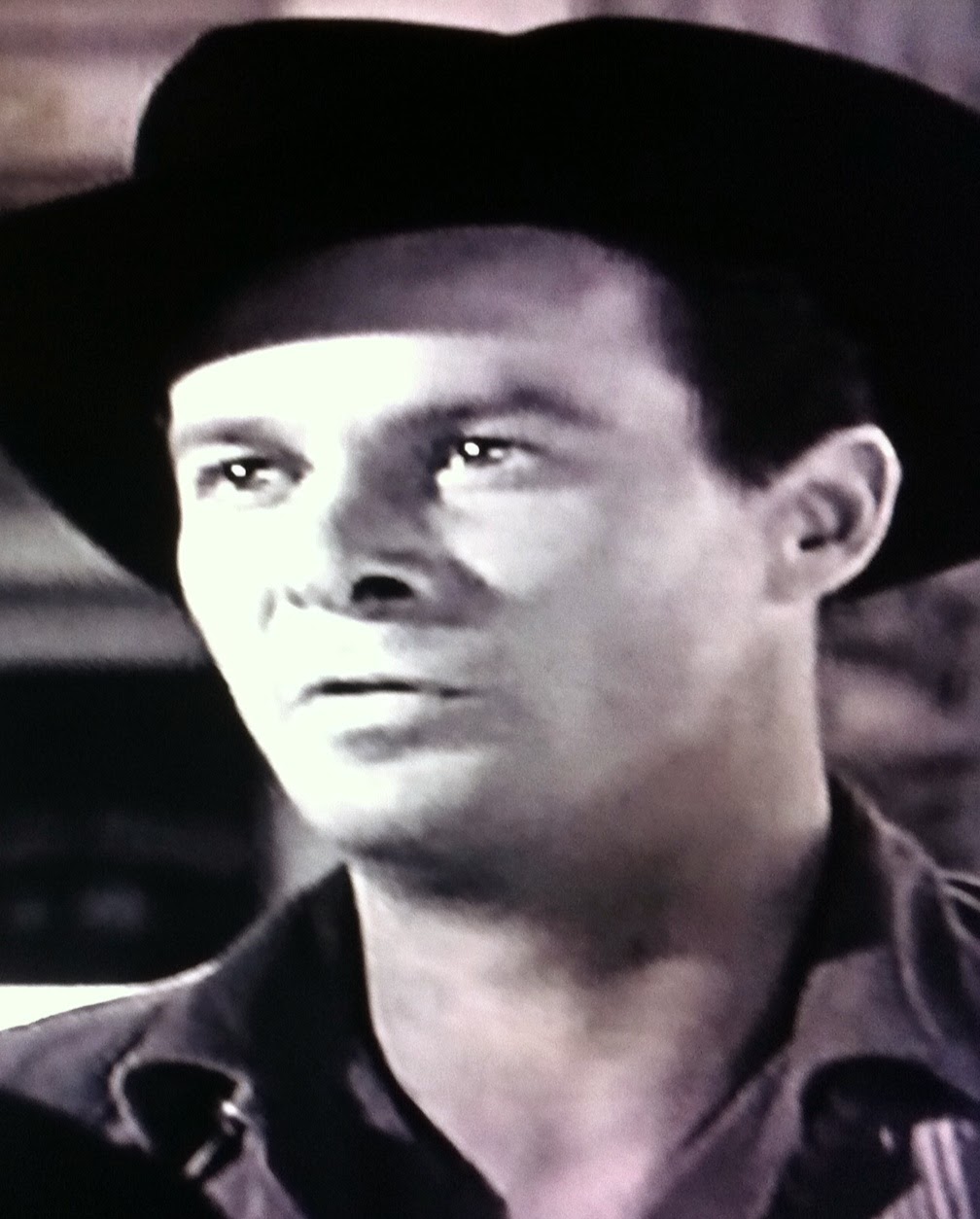 The theme of Epitaph for a Gambler (and lesson for Sheriff Ed Martin) is voiced by Bart: "You can't put people into groups.  They're all individuals, all different."  A worthy indictment of both prejudice and collectivism, true.  But MAVERICK best delivered this edict with a light touch (i.e. Gun-Shy) and Epitaph for a Gambler is right behind Prey of the Cat on any list of its grimmest hours.  Besides, the series had just explored the same message much more effectively via Poker Face just two episodes earlier.   That installment was much truer to MAVERICK and to its lead character--for starters, the titular game played a pivotal part. 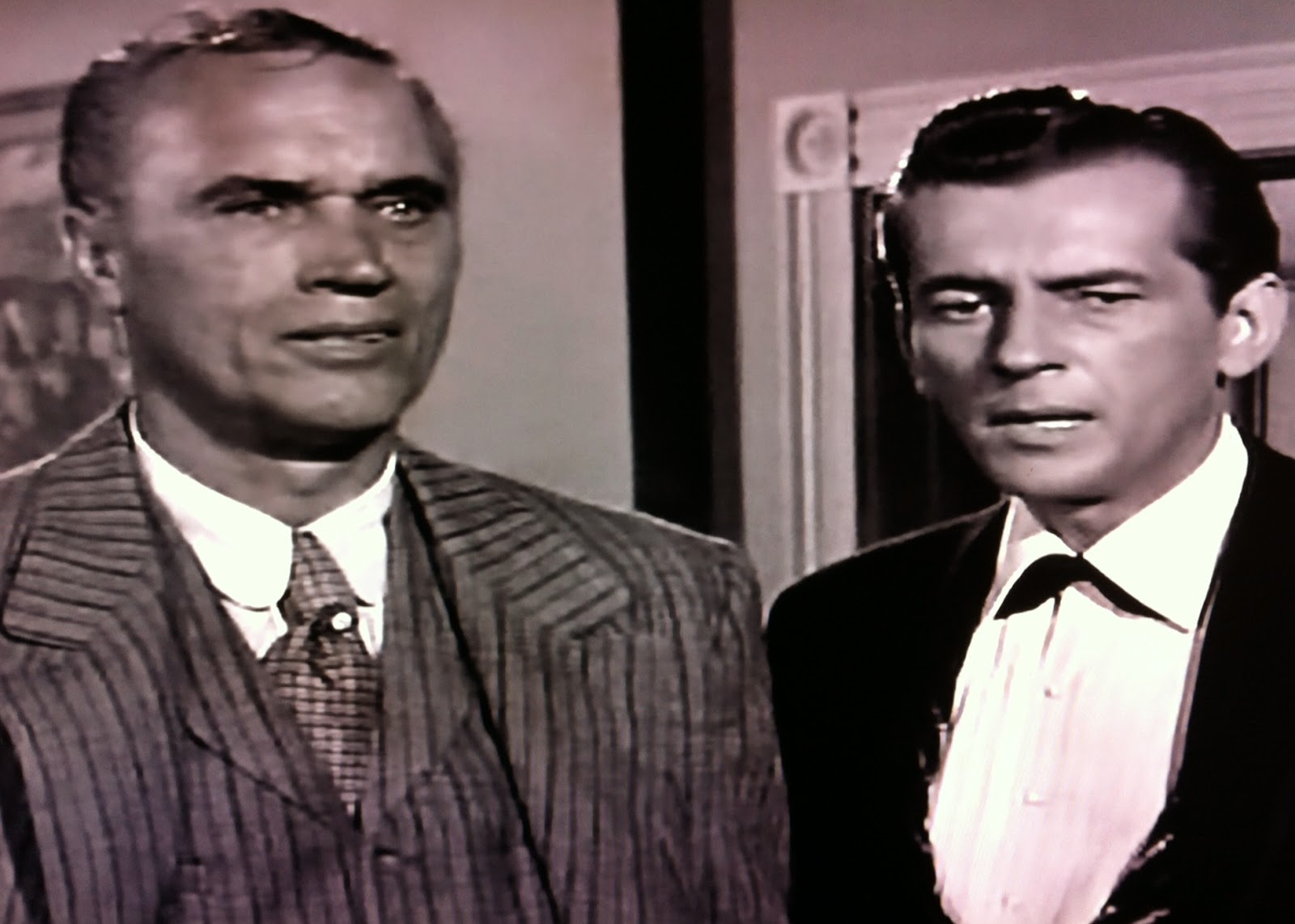 In his only MAVERICK, veteran heavy Robert J. Wilke effectively conveys a decent man carrying more baggage than he lets on.  Wilke's "Diamond" Dan looks burdened when we meet him, increasingly so with each new revelation, but consistently proves his essential honor throughout.  Marie Windsor, so memorable as Doll Brown in HELLFIRE, does what she can with her limited screen time as the woman who stands by her man.   These two stalwarts keep Epitaph for a Gambler from being a total loss, but ultimately, Slavin's teleplay veers way too far into melodrama, with a surfeit of disclosures rushed out in the final act.

He never touched a single card.  What series is this again?

"You can tell more about a town by looking at its gambling emporium than any other ediface."  Worth pondering, but where's the punchline?  I won't even get into the aforementioned aphorism about Lady Luck, since I refuse to believe Pappy Beauregard Maverick really said that. 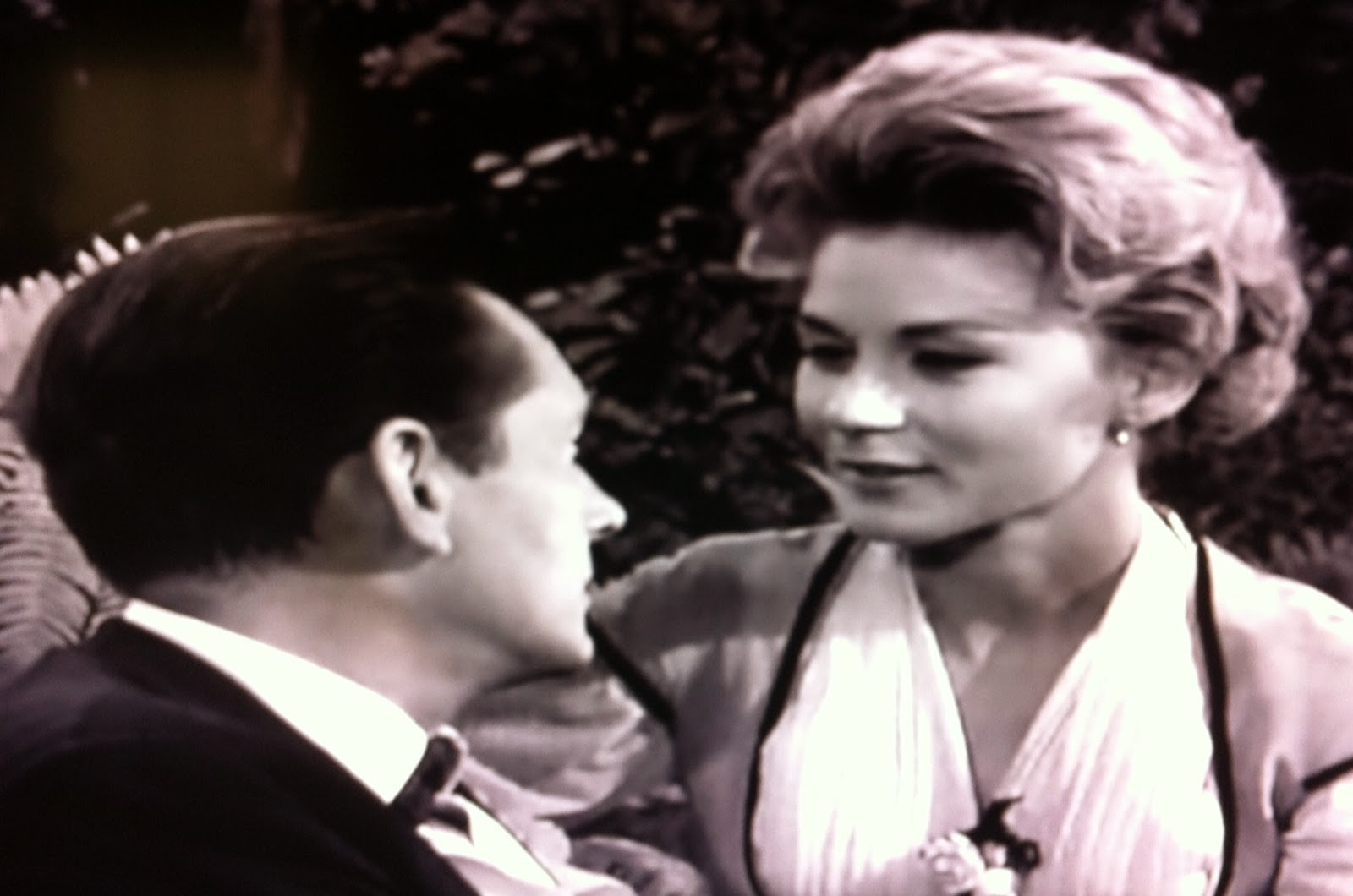 Even our friend Jack Kelly can't sell us this bill of goods.  Epitaph for a Gambler would be a worthy exercise for a different series, but it's no MAVERICK.  Inconsistent with the show's established universe and virtually humorless, Epitaph for a Gambler is worth a look for excellent performances from Windsor and (especially) Wilke, but there's little else here to recommend.  Slavin's MAVERICK swan song ends up being the writer's weakest contribution.  (*1/2 out of four)