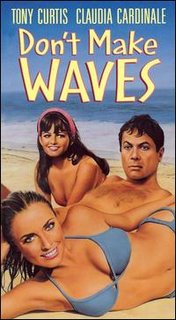 Is it a “rags to riches to rags” story, predating THE JERK by 12 years? A sendup of the beach movie genre? A twist on the typical Tony Curtis con-man vehicle (i.e. THE GREAT IMPOSTER, BOEING BOEING and Mackendrick’s SWEET SMELL OF SUCCESS)? A satirical commentary on southern California lifestyles of the affluent?

As the animated credits show us during The Byrds’ catchy title song, East Coast transplant Curtis has driven cross-country to reach California… where the action is! He seeks riches and bikini-clad lovelies (not necessarily in that order), but minutes after his arrival a chance encounter with accident-prone Claudia Cardinale wipes out all his possessions right down to the clothes he’s wearing. Curtis’ bad luck continues as she can’t locate her insurance, he’s forced to spend the night on the beach by Cardinale’s married benefactor Robert Webber, and he’s knocked unconscious the next morning by a surfboard (but revived by beautiful Sharon Tate). 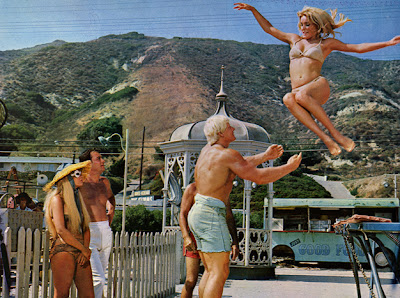 Curtis learns that Webber intends to sweep the auto accident under the rug lest his wife find out about his kept woman, but quickly turns the tables and blackmails Webber…into a job, and subsequently a high life style, complete with sports car, swimming pool, and beautiful new home overlooking the ocean. While the beautiful Cardinale has shown an attraction to Curtis since the beginning, he’s more interested in wooing Tate away from her bodybuilder boyfriend Dave Draper. Meanwhile, Webber’s wife (Joanna Barnes) also hints at a liking for Curtis….and a pending divorce! 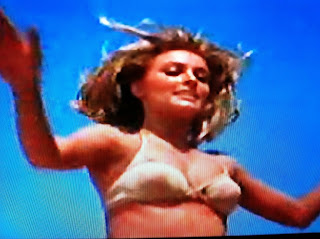 Mackendrick’s reteaming with Curtis ten years after SWEET SMELL OF SUCCESS boasts a truly eclectic mix of talent on both sides of the camera. Vic Mizzy (GREEN ACRES) supplies the original music (aside from The Byrds’ title song). Jim and Henny Backus appear as themselves, and Backus does the Magoo voice for Curtis’ bogus salesman. Standup legend Mort Sahl amuses in a cameo conning the con man, Edgar Bergen (sans Charlie McCarthy) plays a suspect astrologist, and Dave “Mr. Universe” Draper is used to good effect in his most substantial screen role.

And, though she’s uncredited, look for future Playboy Playmate (and Mrs. Mort Sahl) China Lee as a topless swimmer at a pool that Tate is skydiving into (predating H.O.T.S. by a dozen years) for promotional purposes. 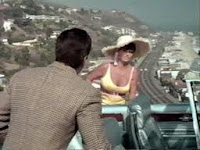 Despite having few lines, Sharon Tate manages to steal the film. Poor Claudia Cardinale. Though always charming and attractive, this was her second time in a year to get "out vavavoomed" as one reviewer put it----busty Marie Gomez’ semi-nude scene upstaged her in THE PROFESSIONALS as well.

DON’T MAKE WAVES is very fast-paced, but this is actually something of a detriment to the overall success of the film. For example, we learn little about Curtis’ background, and as a result his transformation from hapless schnook to fast-talking conman is too abrupt and unconvincing. The film’s ending is also too rushed and forced--- in particular, the resolution of both the Barnes/Webber/Curtis and Curtis/Cardinale/Webber triangles. Mackendrick and writers George Kirgo and Maurice Richlin try to cover a lot of things: too many, in fact. The hodgepodge of genres is one reason for the film’s cult status, but also the main reason it fails to fully succeed. It’s still an interesting film, with a number of laugh out loud moments. 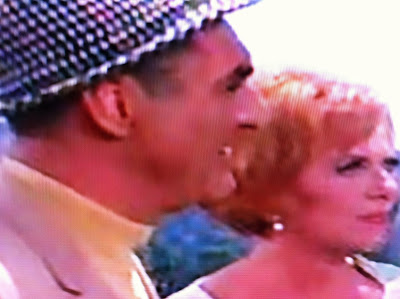 So….why isn’t this film on DVD?

Stop me if you’ve heard this one: Tony Curtis was near the end of his matinee idol days (i.e. Ryan O'Neal in SO FINE, Rock Hudson in PRETTY MAIDS ALL IN A ROW), and perhaps as a result, DON'T MAKE WAVES was a box office failure when initially released.

As noted above, the wild mixture of genres fails to fully gel, or end satisfactorily. Mackendrick and Tate were among those involved who expressed dissatisfaction with the film after its release. 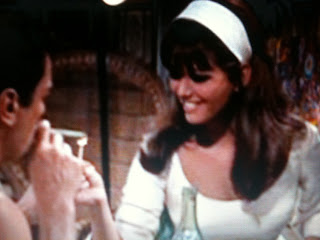 
Sharon Tate. In a bikini. On a trampoline. For several minutes. Need I say more?

The beautiful and talented Tate made precious few films, and for all its faults, this is a better film, and better showcase of her talent overall, than the camp classics VALLEY OF THE DOLLS and THE WRECKING CREW. But those two are out on DVD and this intentionally funny film isn’t.

Curtis’ mid-1960’s comedies are mostly missing from DVD; while a few are awful (THE CHASTITY BELT, DROP DEAD DARLING), this one isn’t, and deserves rediscovery. (BOEING BOEING is another, and likely to be reviewed for this blog later on.)

It’s also one of the few works by talented and underrated Alexander Mackendrick (SWEET SMELL OF SUCCESS, THE LADYKILLERS, THE MAN IN THE WHITE SUIT) not to be on DVD as well.

While Leonard Maltin might be overpraising it in calling it "the one gem in nine million bad Tony Curtis movies", he's right on the money with the assessment that it is good fun IMO.
Posted by Hal at 2:51 AM

The movie is playing right now on Turner Classic Movies, in high definition.

Unknown: thanks for reading and commenting!

The same Carol Christensen who co-starred in Swingin' Along and was Mrs. Dwayne Hickman in the 1960s?

Yes, gotta love the ladies in this one.