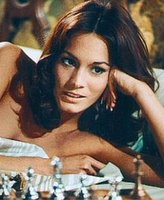 Numerous high school students having sex with their teachers and guidance counselors. A new release, ripped from today's headlines? No, it’s this uneven but wickedly funny black comedy from 1971 served up by the director of BARBARELLA and the writer/creator of.....STAR TREK?

A “terrific little cheerleader” is found scantily clad and murdered in the boys’ restroom with a note attached to her panties that reads: “so long, Honey”. Future KOJAK Telly Savalas (using cigarettes and shades as his props instead of lollipops) investigates the murder, and while he initially finds a shortage of suspects, he finds no shortage of giggling, miniskirted high school girls who find it unusual if they aren’t propositioned constantly.

Very progressive guidance counselor/football coach Rock Hudson sees nothing wrong with a counselor or teacher “sexually guiding” a gifted student. Hudson obviously thinks that there are several exceptionally gifted female students….and more of them turn up dead on campus, also with notes attached. Uh oh….we have a serial killer on our hands! This could affect the team’s morale for Friday’s big game! 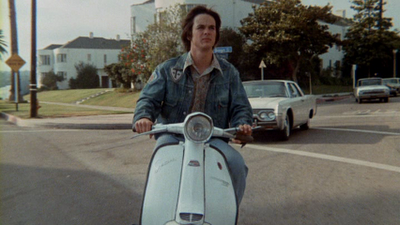 Meanwhile, Hudson counsels traumatized team trainer John David Carson, who discovered the body in the restroom, but seems more troubled by the boy's reports of constant erections and his inability to lose his virginity. Hudson decides that literature teacher Angie Dickinson (looking incredible at 40) is just the one to help the boy. 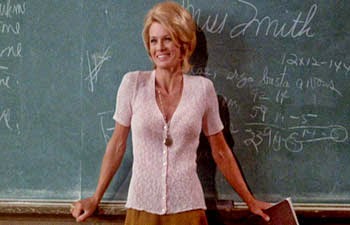 "If it feels good, do it" is taken to its wildest extreme here....or is this the inevitable outcome when idealism collides with pragmatism? The perpetually horny Hudson has a loving family at home, including extremely loyal wife Barbara Leigh, yet still sleeps with female students daily. But, he IS married, so what’s a husband and father to do when a young, impressionable teenage girl starts wanting more than just sex? Hudson's an intellectual aspiring author who rejects accepted societal norms, but his message to the students isn’t always unconventional and pacifist. After all, he's also the wildly successful football coach, and he realizes that is the primary reason he is beloved. 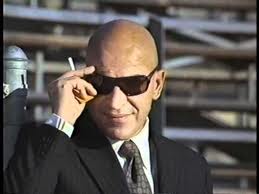 Director Vadim spends a lot of time zooming in on breasts and buttocks, and this film would make a great double bill with 1966’s also-dark and similarly leering LORD LOVE A DUCK (directed by George Axelrod) in which McDowall, then 37, played a high school student; here, just 5 years later, he’s the clueless principal. 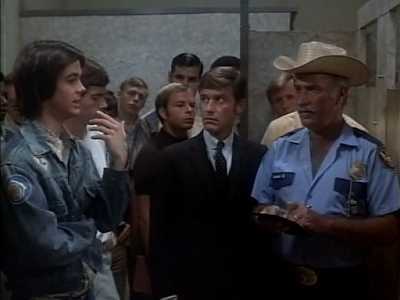 PRETTY MAIDS ALL IN A ROW falters during the final third, when the situation gets more and more implausible, but Vadim and Rodenberry commendably keep the tone jet-black all the way to the closing credits, when we hear the cheery theme song by the Osmonds(!). 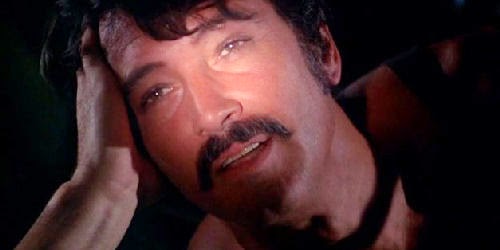 Of historical interest, the film was ahead of its time in its use of thriller and teen comedy conventions that would become ubiquitous in the 1980's: promiscuous teenage girls end up murdered (i.e. Jason/Freddy) and an awkward high school guy tries desperately to lose his virginity with the help of a beautiful older woman (i.e. MY TUTOR, PRIVATE LESSONS).

Bombed during its initial release. Hudson’s box-office pull was pretty much gone by 1971, and, as they say, satire closes on Saturday night.

Uncomfortable to some when considering that a new student-teacher affair pops up almost every other week these days on CNN.

As noted above, loses steam before the end as things get harder to swallow. And there is one nagging question that will occur to you: where the hell are all the parents?

A must-see if you have a warped sense of humor. If not, it will still be interesting at least, given the performers, the writer, the director and today’s aforementioned news stories. One of a kind!

A chance to see Dickinson, Hudson and Savalas shortly before all 3 would start their wildly successful network TV series (POLICE WOMAN, McMILLAN AND WIFE, KOJAK respectively) and a chance to see James “Scotty” Doohan outside the Enterprise.

The legendary Joy Bang (NIGHT OF THE COBRA WOMAN) is among the Pretty Maids!

Aren't there plenty of STAR TREK fans out there who would be curious about Roddenberry’s lone feature film screenplay? And one that is 180 degrees away from TREK, at that?

Angie Dickinson has an extended semi-nude scene. Who didn't want her as a teacher?

If you’d like to see this one for yourself: in a rare TV showing, TURNER CLASSIC MOVIES will have it on at 3 A.M. (Central) on Sunday, August 13th.
Posted by Hal at 10:14 AM

liked the show when i saw it last but would like to see it again , when is it going to be on tv