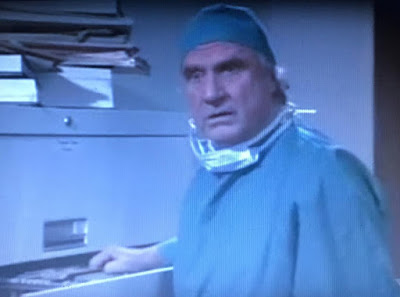 
After Dr. Farr's confrontation with Dr. Morgan, who has seized full credit for a surgical procedure that Farr developed, Morgan falls victim to a car bomb and Farr finds himself arrested.  Fortunately, Farr is a longtime friend of Harrison's, who in fact introduced him to Gail back in college.  That reconnection with the Foxes comes in handy when Morgan succumbs to his injuries, upgrading the charge against Dr. Farr to first degree murder. 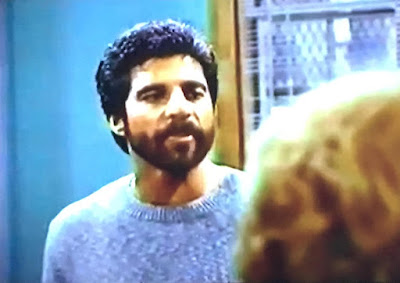 Getting involved while he mulls over a new car (or a motorcycle), Harry picks the brain of explosives expert Mickey and gets filled in on the politics of the hospital by his old friend Nurse Flood.  Morgan's (noticeably unmourned) death and Farr's arrest combine to cause an unfortunate situation for Tyler, whose wife awaits the procedure that can only be performed by those two physicians--at least, in San Francisco.  Then Mickey is found dead in his ransacked apartment after assisting Harry's investigation. 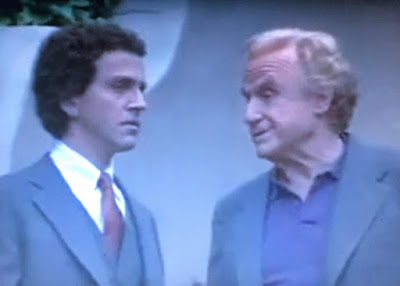 Instead of getting roped into one of his detective Dad's cases, Harrison needs and seeks his father's aid in helping his old school chum. That aside, Is There a Fox in The House? is quintessential FOX.  Multiple car chases through the streets of San Francisco with a rattled junior Fox in the passenger seat for starters.  Harrison's attempt to mitigate this roller coaster by doing the driving goes awry when circumstances force improvisation: the Foxes end up chasing Harrison's stolen vehicle in an exterminator's truck--with a giant swaying bug on the roof and Harry driving.  Tough luck, kid! 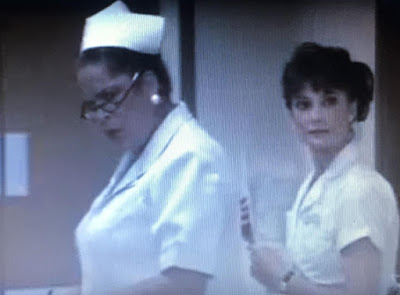 After nursing the Senior Fox back to health during his hospital stay in Fox Hunt, Della Reese's Nurse Flood makes a welcome return to the series in Is There a Fox in The House?   After admonishing the gumshoe for attempting to Bogart a physician's parking space, Flood is much more forgiving of the Fox follies that follow, even assisting the investigation and practically becoming one of the family by the closing credits.  Like Norman Fell's Vern, Reese was headed for recurring status, and returned in Fox at the Races, the season (and series) finale. 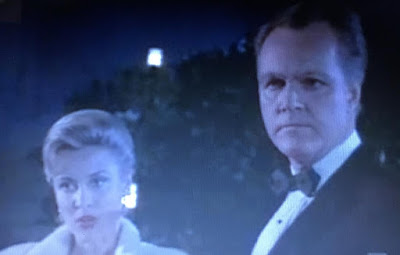 Longtime GILLIGAN'S ISLAND scribe Elroy Schwartz (yup, brother of Sherwood) gets the formula down nicely in his FOX debut, serving up leads and laughs in equal measure.  There's no shortage of suspects once Harry notices how unlamented the late Dr. Morgan's death is--the first of many helpful tidbits from Flood.  Adultery, arrogance, and a penchant for theft of intellectual property--the further the investigation goes, the less liked Morgan gets.  By Act III it seems a wonder that Morgan lived as long as he did. 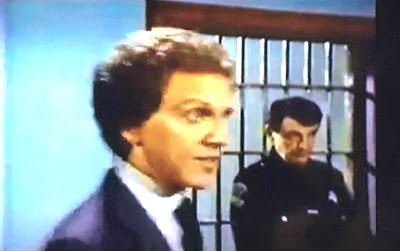 The penchant of lead-in MURDER, SHE WROTE for inverting viewer expectation pops up in Is There a Fox in the House? with the appearance of venerable villain Peter Mark Richman.  Surely there's a skeleton or two in his closet, right?  Well, maybe.  Maybe not.   Having just started his regular gig on CBS' FOLEY SQUARE a week earlier, Lembeck (ONE DAY AT A TIME) gets top billing in the impressive guest cast. 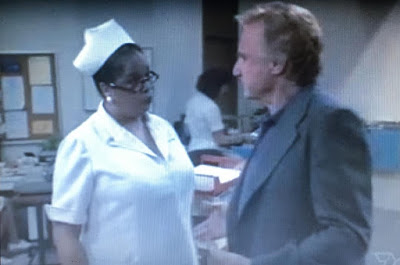 With several opportunities for the comedy team of Warden and Rubenstein to generate laughs, a mystery that is agreeable if uncomplicated, and the always welcome Reese, this is an archetypal crowd-pleasing hour for the series.  Unfortunately, the show's pre-emption driven sophomore slide in the Nielsens continued.  Bumped to 10 P.M. E.T. for a week by A CHRISTMAS CAROL, Is There a Fox in the House? posted a 16.3 rating, good for 30th out of 65 shows for the week ending December 22, 1985.  But that still-respectable showing came in second for the time slot, bested by ABC's showing of THE TOY (18.7, 16th).  Ugh--THE TOY over the FOX?  What the Hell were viewers thinking?   (*** out of four)


CRAZY LIKE A FOX occasionally airs on getTV.  Check the schedule here!

2 of the guests on this episode, Michael Lembeck & Peter Mark Richman, had a previous Saturday morning connection. Those of us who can remember THE KROFFT SUPERSHOW saw Mr. Lembeck weekly as "Captain Kool", leader of the group that introduced the show, and Mr. Richman's 2 appearances as ELECTRAWOMAN & DYNAGIRL villain The Pharoah.

Thanks, Jon. I remember both, since I'm in the right age group. :) Richman seemed to be everyone's villain then.