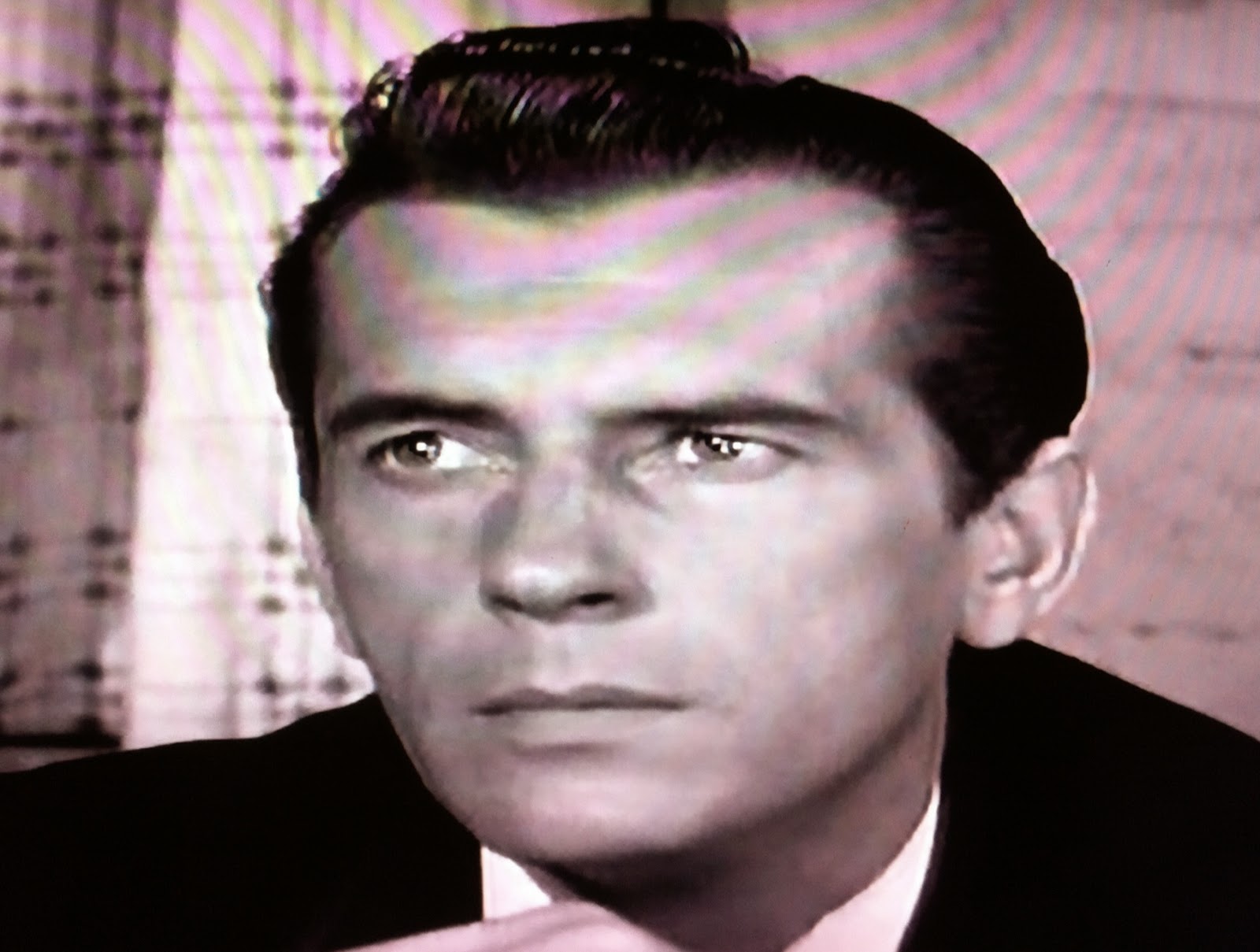 Run out of Yuma by the sheriff for allegedly cheating at cards, Bart Maverick finds himself on a stage being looked down upon by the well-to-do, including banker Rockingham (Bart's accuser), Lady Blakely and religious missionary Hale.  He isn't alone in being ostracized by the bluenoses: they also shun Kwan because she's Chinese.  The "well-to-do" passengers are forced to change their tune when the stage is held up near San Rango by Mexican bandits led by Sebastian.

After taking them all hostage, Sebastian takes an immediate dislike to the snobby racists but feels a sympathetic kinship with fellow outcasts Bart and Rose.  His budding affinity with the latter is not well received by Maria, who (with good reason) senses a threat to her own relationship with Sebastian. 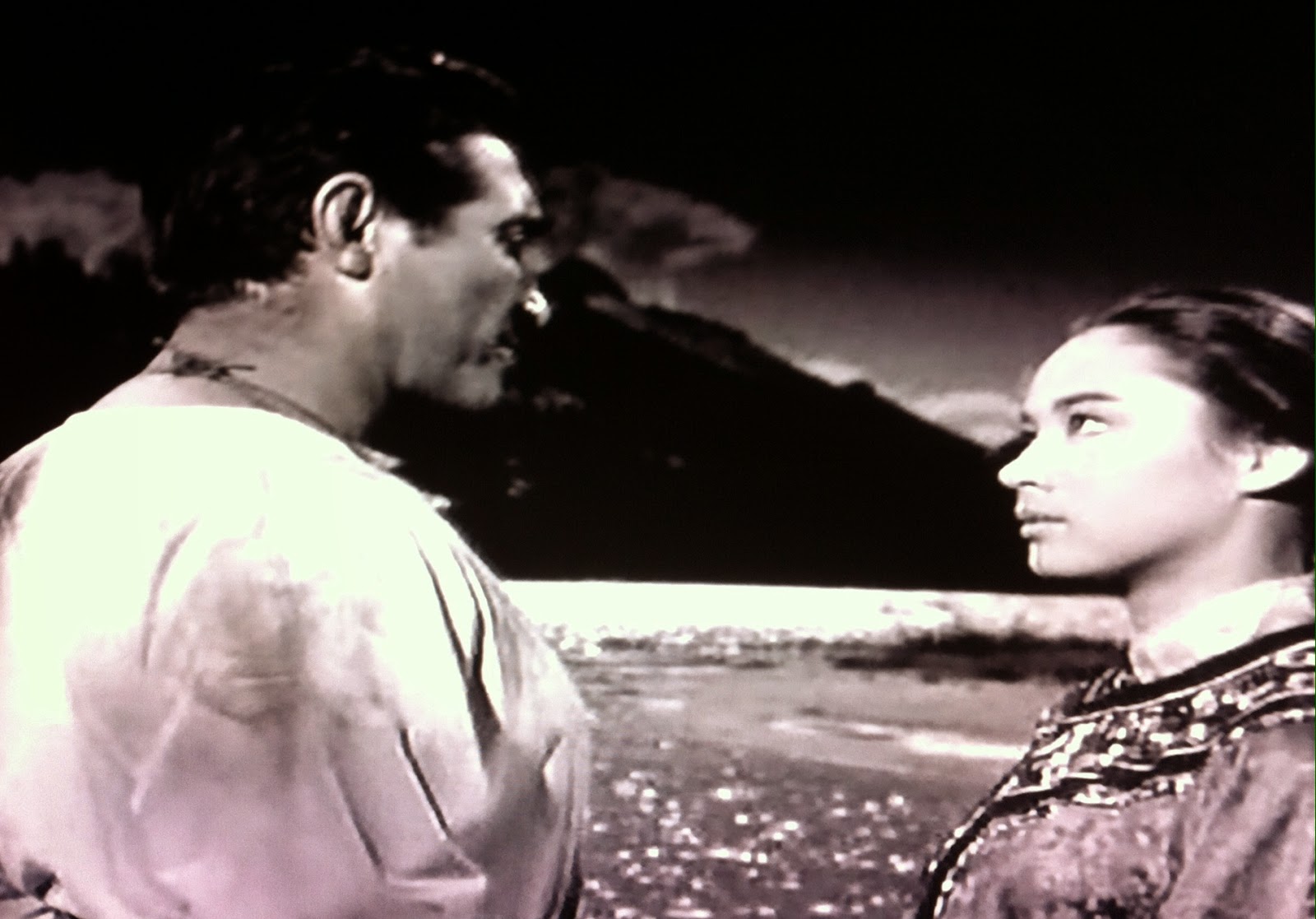 117 episodes in and nearing the end (there were only seven more to come), it isn't surprising to see MAVERICK ready to borrow from John Ford's STAGECOACH in a search for new angles (and hey, wasn't that 1939 classic basically lifted from de Maupassant's Boule de Suif?), with Jack Kelly taking on the challenge of the John Wayne role in this setup. 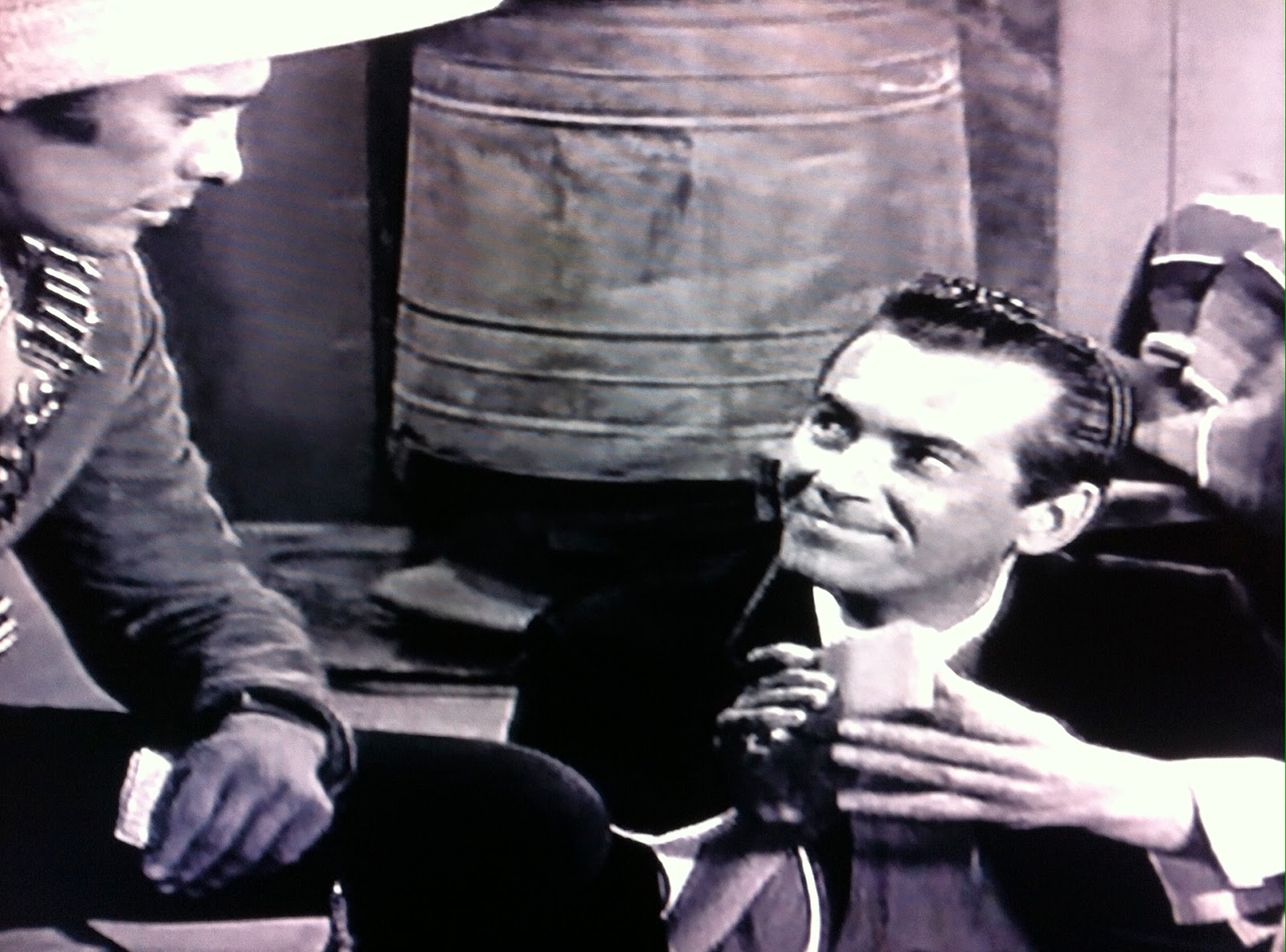 Poker Face is rather ambitious for any television Western, exploring racism, class tensions, and the use of religion as a cover for profit driven motives: specifically, exploitation of native peoples and the land.  Sebastian has plenty to say about the last in particular.  He lambasts the banker and missionary for seeking ill-gotten gains under a guise of altruism, but doesn't mind losing of money to Bart in an honest game.  In contrast to how he views the "ugly" Americans, Sebastian feels Maverick is earning money by winning it fair and square.  A complete 180 from Rockingham's reaction to losing to Bart at poker earlier (he simply must have been cheated--the only possible explanation).

Sebastian shows no predjudice, a common link he has with Maverick and Kwan.  Unlike the others, they know not to judge a book by its cover.  Maverick's background in poker is a big reason he doesn't, and Sebastian picks up on this as he grasps the game ("mostly played with the face").  All three make decisions based on character "reads": in Sebastian's case, he rebuffs two of his countrymen.  After chastising henchman Luis for lacking honor, Sebastian rejects Maria in favor of Rose because the former "likes power" while the latter appreciates him as a person.   Many TV westerns made commentaries on racial issues in the years preceding the Civil Rights Act of 1964, with the romance between Chinese Kwan and Mexican Sebastian being somewhat daring for both the medium and the era.


Bart ultimately ends up with the task of saving them all, albeit needing more than a little luck to do so.    Predictably, the upper class denizens appear little changed once safety is assured--Sebastian's implied point that everyone's life hinges on more than a little good fortune at the outset is lost on those who needed to learn it most.  Sebastian may lose to a more experienced professional player, but he's a quick study.  After he gets stuck, he raises the stakes to an uncomfortable level to negate the disadvantage.  Andy Beal would have been proud! 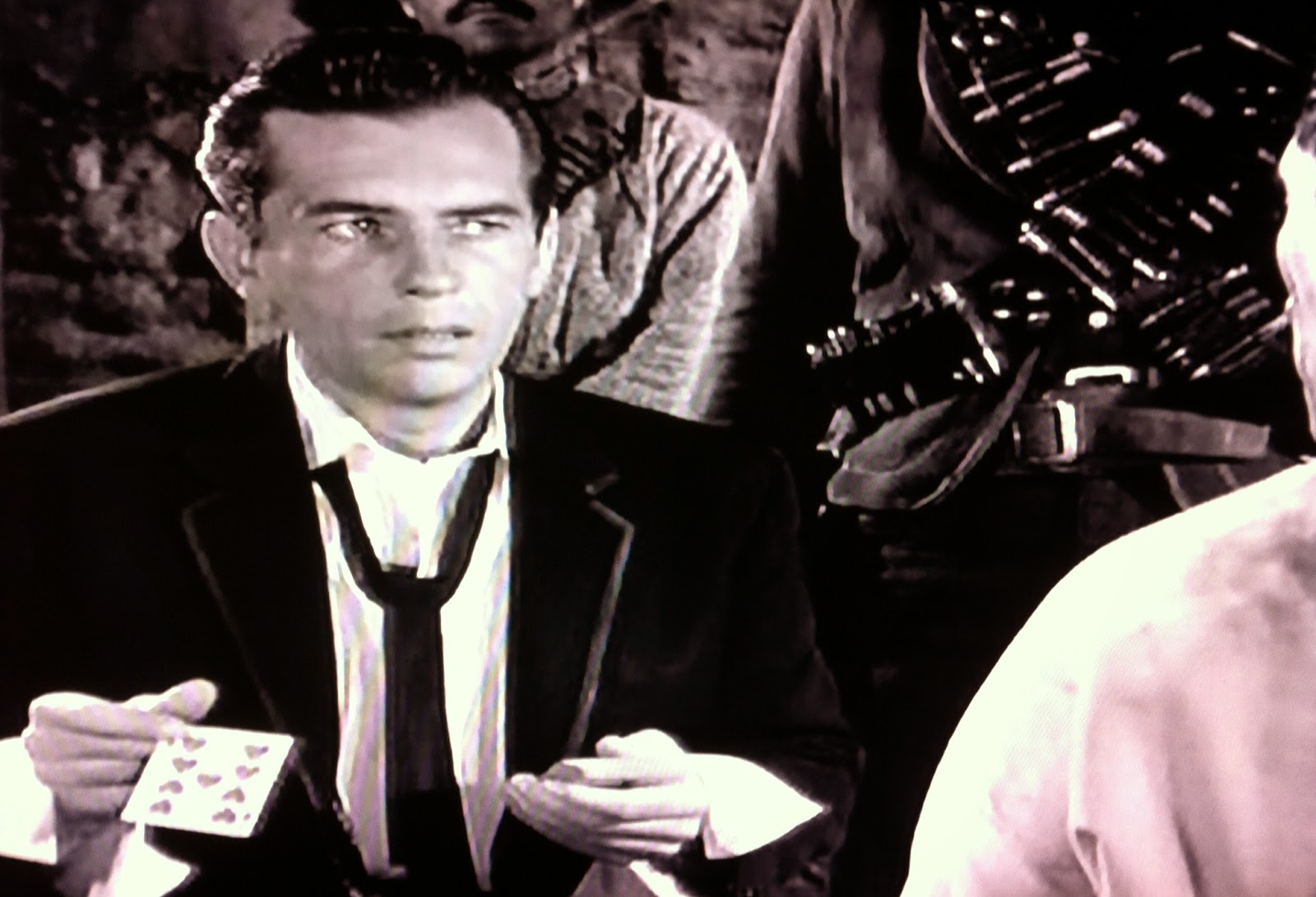 When all is said and done, Poker Face isn't heavy handed, but thematically it is a story typical of the more conventional TV westerns of the day.  While Acosta and Hseuh are the acting standouts, mention must also be made of the always solid Kelly as well.  With a script lacking the usual comedic lines, Kelly compensates nicely.  Tol Avery, making his seventh and final MAVERICK appearance, made a living playing stuffed shirted villains, and his conventional bluster provides the most effective contrast here.

Oh, and I have to post a picture of Anna Navarro.  You shouldn't have to ask why.

Bart was seriously kicking ass.  Before leaving Yuma, Bart won $9,000 from Rockingham.  He is robbed of the winnings by the bandits, a temporary setback.  For then he teaches Luis and friends the game and cleans them out (in addition to winning his $9,000 back).  Next, after teaching Sebastian the game, he wins $60,000(!) from him.  Then, for even higher stakes--the highest, in fact--he needs, and gets, a little bit of luck.  Granted, Maverick should clean the clocks of amateurs and inexperienced players, but it's still pretty impressive given the pressure involved.  While the dollars above probably seem like retirement money for the 19th Century, well....just wait for the episode's final twist. 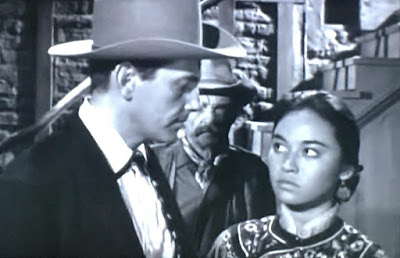 Two pearls.  "There's imperfection in all of us, it just shows more for some." And, "Sulphur and molasses will cure just about anything."  Some wisdom in the former, for sure, but Pappy appears to be running low on some humor to go with it after five years. 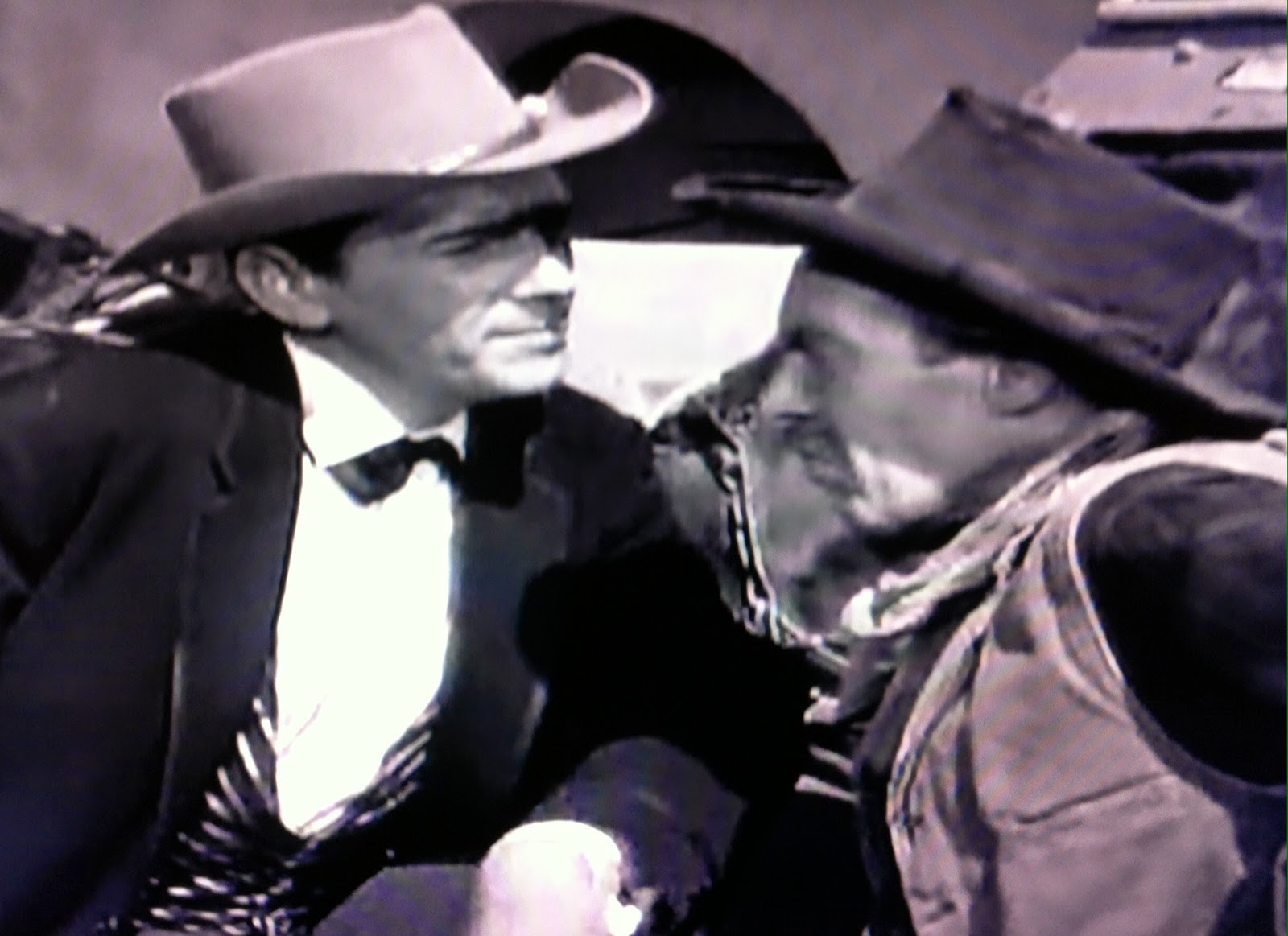 At first glance Poker Face is a bit too much like a conventional western for a MAVERICK: a social statement that could have been made on any number of dramatic TV westerns, unlike the sly, subtle civics lessons from the show's prime like (say) They Day They Hanged Bret Maverick and High Card Hangs.   Those scripts could have only been MAVERICKs.  But like the title suggests, don't fully judge Poker Face by its surface.  While the humor disappears for long stretches, the message is well suited for MAVERICK and the quintessential card game plays a large role in the outcome.  Kelly consistently provided fine work after Garner's departure, though he's outshined here by Acosta and Hseuh, two solid actors who left us way too young (Hseuh was only 39 when she passed away in 1980).   Poker Face isn't exactly the first MAVERICK I'd want to show a viewer new to the series, but ambitious writing and fine acting overcome the lack of laughs to make this entry worthwhile.    (*** out of four) 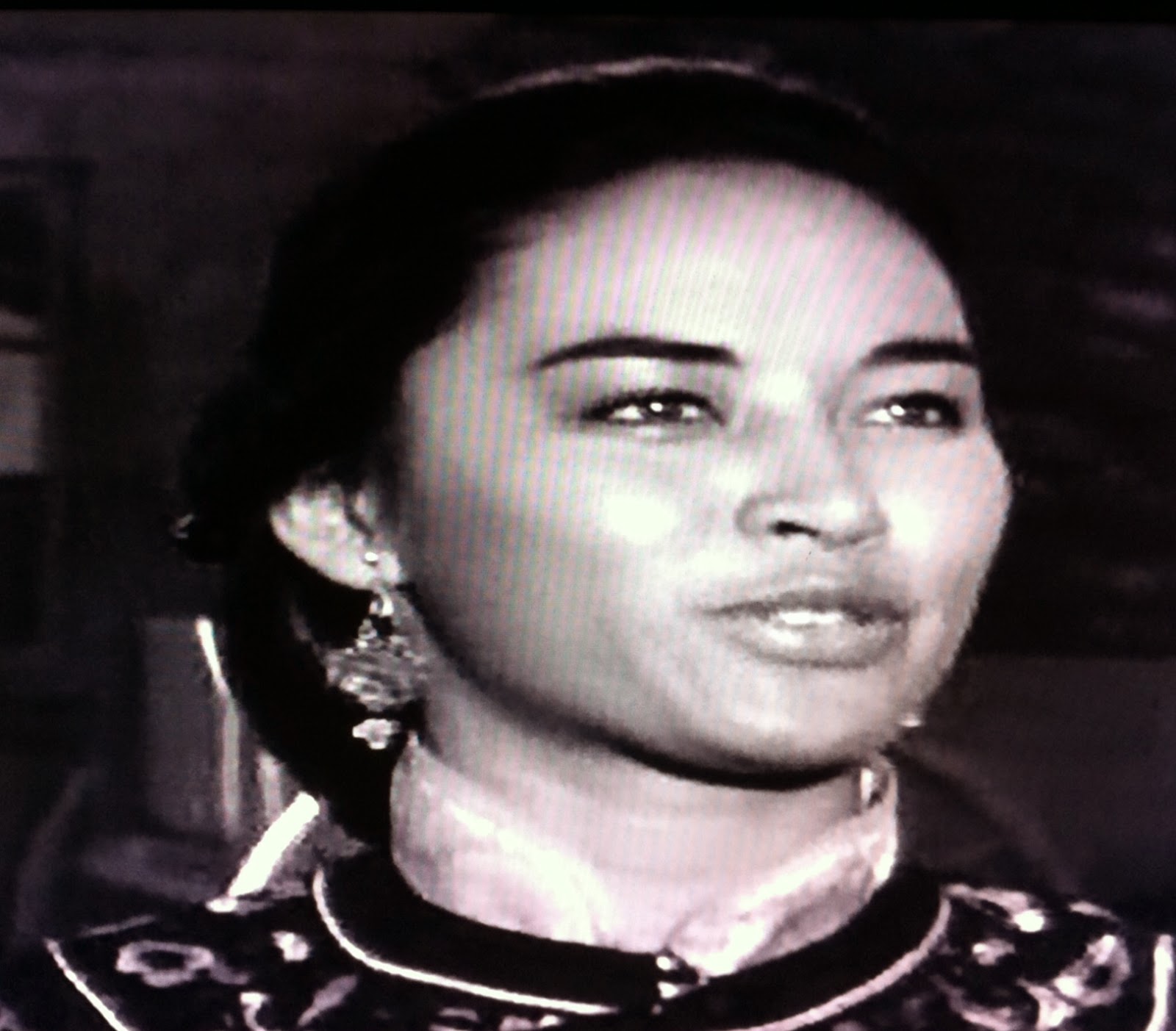 MAVERICK currently airs daily at 1 PM Central/2 PM Eastern without commercial interruption on Encore Westerns, and at 10 AM Central/11 AM Eastern on COZI TV.