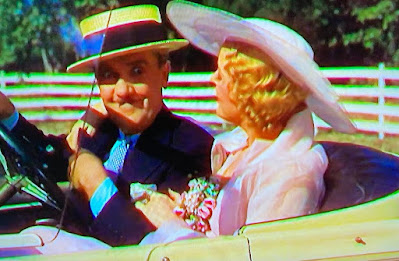 Introduction to the Leon Errol Salute series is at this link.

Owner of a small service station (one petrol pump), Leon is awakened by a phone call in the middle of the night.  It's his employee, informing him that the station has been destroyed by a fire.  Fortunately, the Mrs. reminds him, Leon just upgraded his insurance. It gives ol' Rubberlegs a great if not terribly original idea--exaggerate the loss so that the insurance company will give him the station he always wished to have. 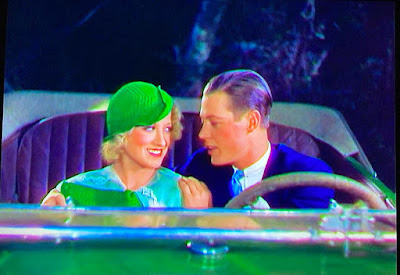 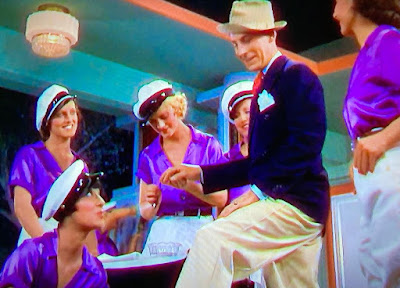 Leon really goes the extra mile for his customers.  Free lunch is provided, with a 19 hole golf course (!) just back of the lube rack if your car will be awhile.  Need a date?  That's no problem either.  It's a FULL service garage, Mr. Bigsby.  Maybe to any customer, but we mostly see males being catered to.  Not just by Leon, even the cops will help you out if you're stuck for a date! 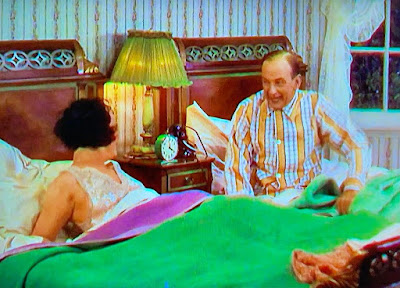 The boiler suits aren't as revealing as the togas and beach attire in Mack's Technicolor companion, GOOD MORNING, EVE!  That said, the Pre-Code attitude is intact, most prominently in the best musical number in either short, Whatcha Gonna Do Now?  Maxine Doyle is downright giddy that her boyfriend's car is at a standstill, singing that the setting "is right for petting".   All the women revel in the disablement of their vehicles for similar reasons.  Even if their fellas don't... 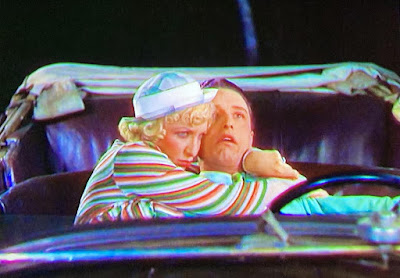 Errol eschews his wobbly legged drunk act in both Vitaphones, and doesn't appear to be dallying with any of his nubile mechanics.  Talk about atypical Leon; the only implied friskiness is with his wife Wells (twin beds notwithstanding) as we diplomatically fade to the adjuster's office.  Unfortunately, Leon is given nothing but groaners line-wise.  He's more master of ceremonies than instigator here, and GOOD MORNING, EVE! is wilder and racier--as suggestive as SERVICE WITH A SMILE gets at times, EVE shows us more. 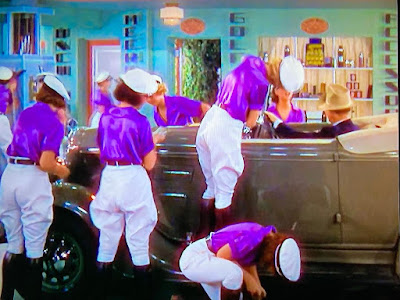 That said, both shorts would be very worthwhile for the florid Technicolor alone, but both are also consistently amusing through both reels, and seeing Leon Errol in color was way too rare a treat.  While I prefer the later effort (this was actually the very first Three-Strip Technicolor Vitaphone), SERVICE WITH A SMILE is still a pretty good time.  (**1/2 out of four)

BTW, Hal, when ya get a sec, I found your YouTube channel, and pulled an episode of the Bill Dana Show for one of my blogs, due to a guest appearance by John Fiedler (for many years, the voice of Winnie The Pooh's sidekick, Piglet), and gave ya yer props. It's over at Saturday Morning Archives. I'll be back to grab episodes with Don Adams and/or Jonathan Harris for the same blog.