Series overview of LOVE THAT BOB a.k.a. THE BOB CUMMINGS SHOW previously published here for the one hundredth anniversary of the star's birth at this link.

After a night of his usual carousing, Bob Collins is in no shape to meet his 7 A.M. wake up call to play tennis with his nephew Chuck.  In itself, this isn't such a big deal, since Chuck has also been burning the midnight oil on the dance floor and is equally sleepy.  But Margaret is in no mood to let either her brother (Bob) or her son (Chuck) off the hook.  While Margaret is particularly infuriated with Bob, there's a greater concern on her mind: Chuck's emulation of his uncle's playboy ways. 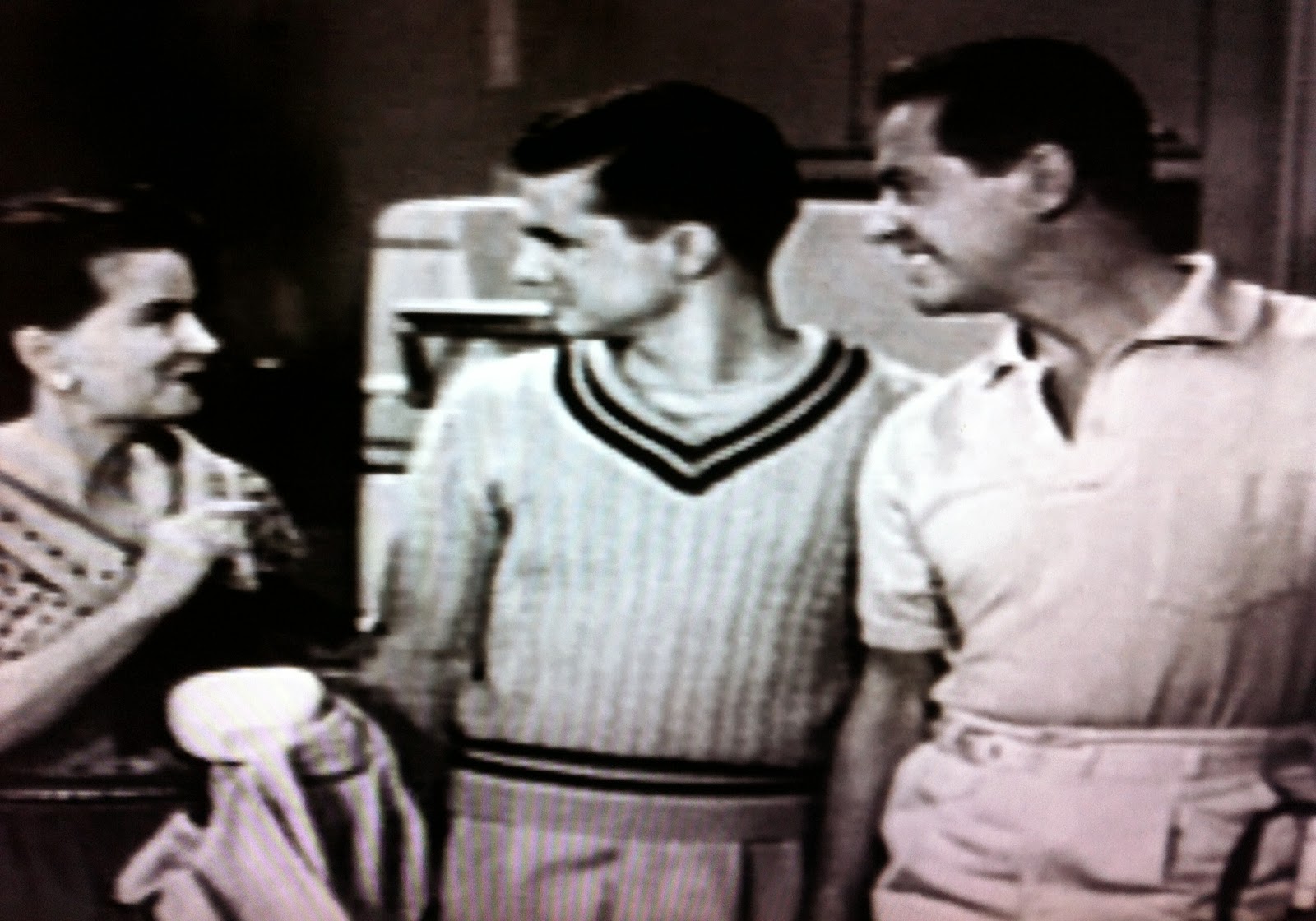 Margaret's solution is to find a more suitable hero for Chuck to look up to: star Los Angeles Rams WR Elroy "Crazylegs" Hirsch, who is working with local youth groups.  With Mrs. Montague as the go-between, Hirsch is pursuaded to pose as "Uncle Roy", visiting from Wisconsin.  Chuck's heretofore unseen Uncle is introduced by Margaret as a product of living healthy: "Early to bed and early to rise."  "And your girl goes out with the other guys", Bob retorts.  But will "Uncle Roy" have the last laugh and show the former Drury College standout and his nephew that "clean living" is best via athletic competition?  Or will the photographer stay on top of Chuck's list of role models?  Bob does have an ace in the hole: his tennis prowess, demonstrated most recently against Pancho Gonzalez, who Bob says he bested in love sets!  Or was it love seats? 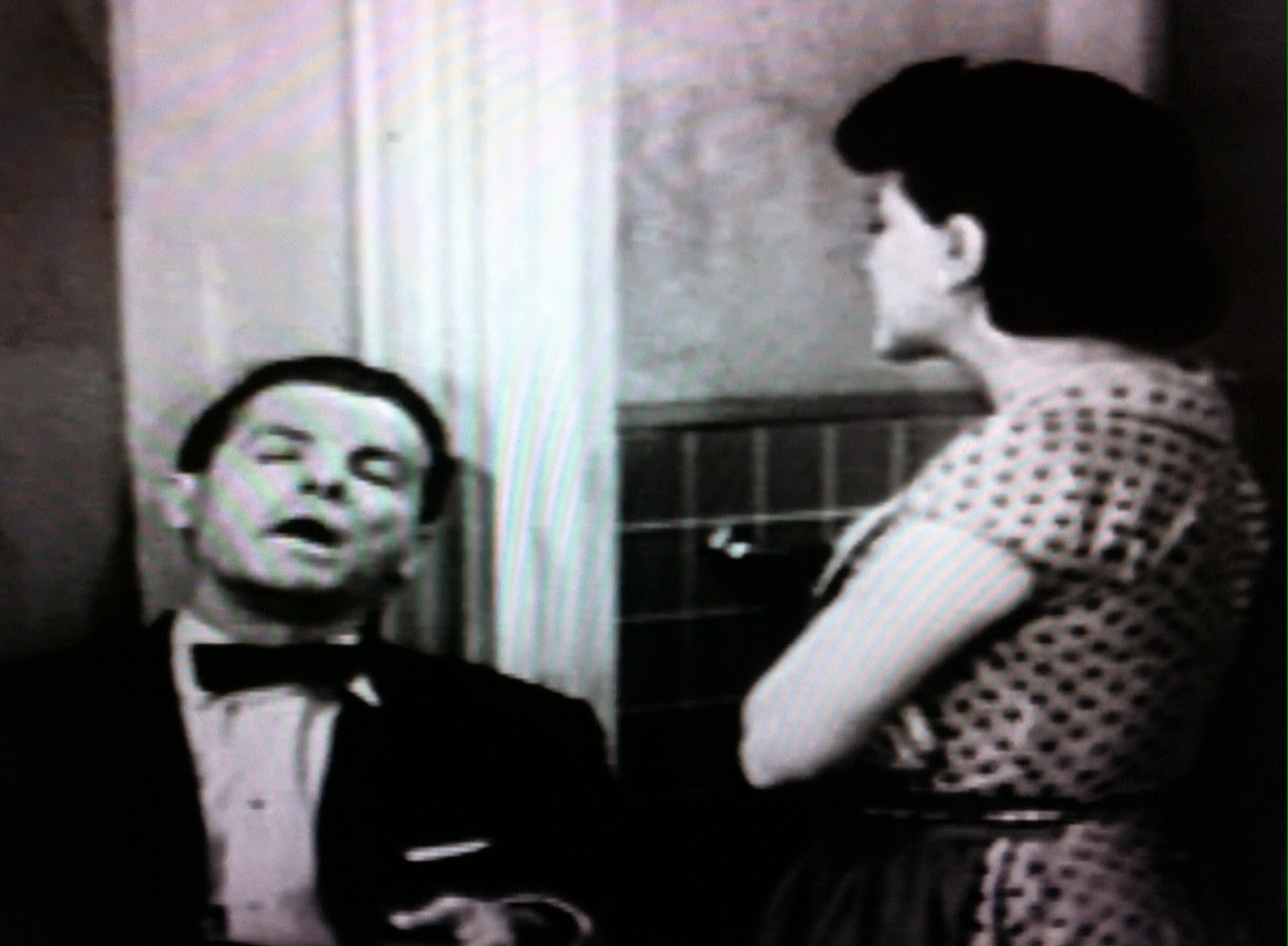 Okay, it's almost impossible to fathom today, but in 1957, college football still eclipsed the NFL in popularity and the baseball was the national pastime, reigning over both by a wide margin.  But still--how on earth could avid sports fans like Chuck and Bob not recognize the high-profile star flanker for the local Los Angeles Rams?  Schultzy, Margaret and Mrs. Montague were all instantly familiar with Hirsch and that very colorful Rams team featured the high scoring "three end" offense (Norm Van Brocklin's 554 passing yards in a single game still stands as a record!).  The Rams were popular enough locally to be the first NFL team to have all of its games televised (pre-blackout rule, that is). 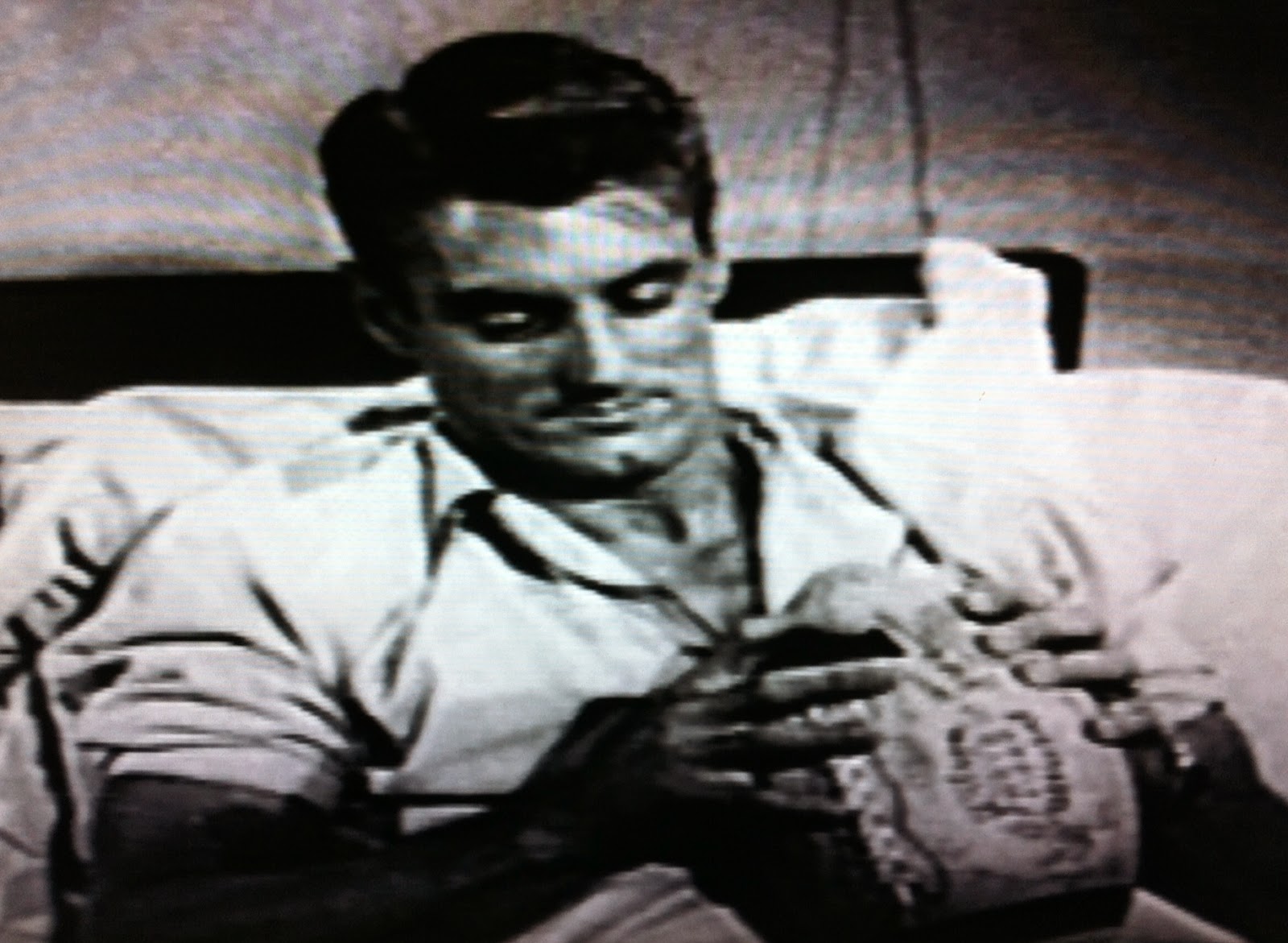 To be fair, those Rams (1951 NFL Champions) had faded out of contention by 1957, with the ensuing season bringing Hirsch's Hall of Fame career to a close.  Hirsch's appearance on LOVE THAT BOB (which aired three months before the season opener) was part of the charismatic player's plan to transition into an acting career.  He had already played himself in an eponymous autobiographical film (1953's CRAZYLEGS) and a few months after this episode would co-star as the pilot in ZERO HOUR! on the big screen (if that one sounds familar, it's the same film that inspired AIRPLANE!). 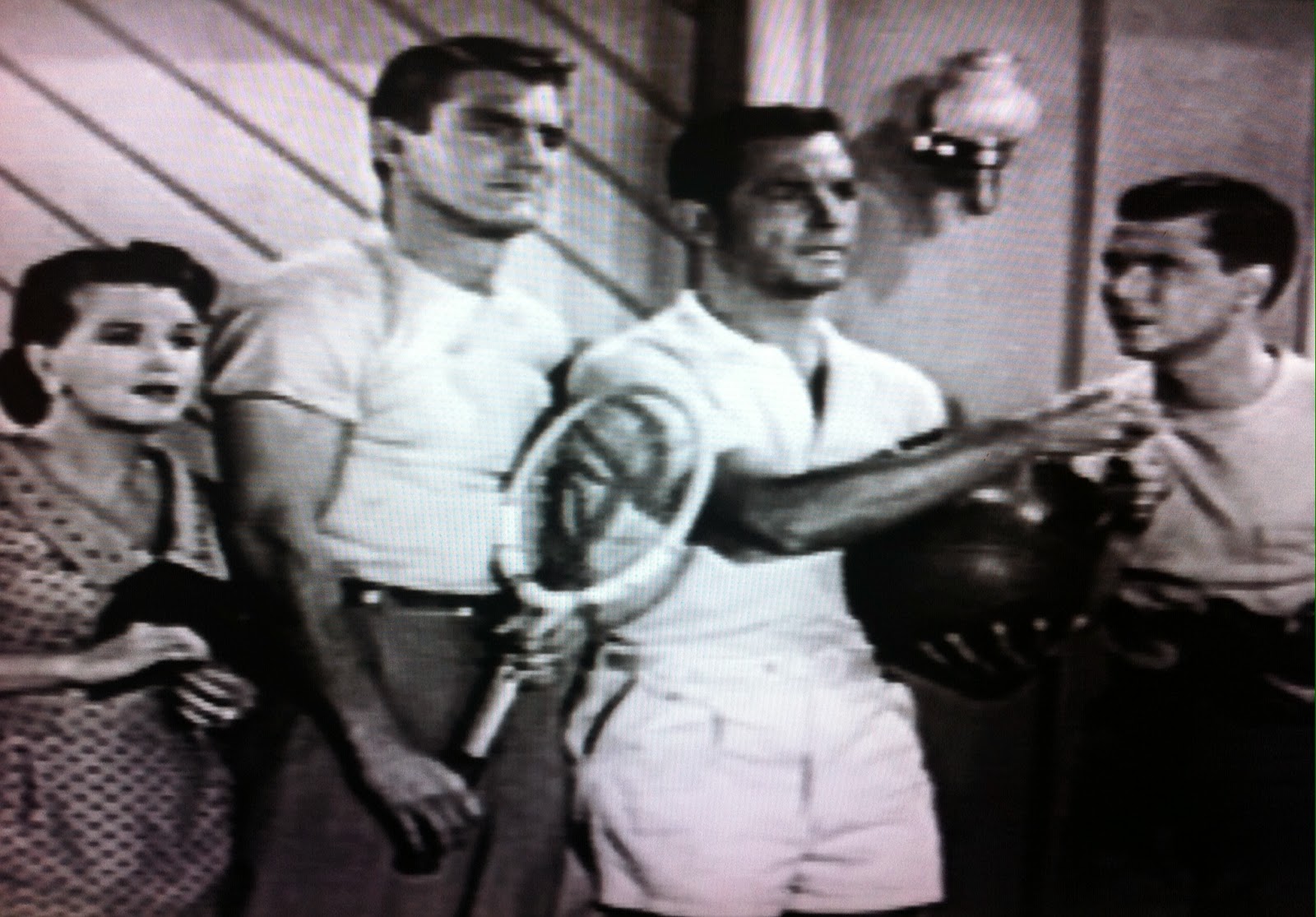 So the premise of Bob Gets Out-Uncled requires a leap of faith.  It's still amusing to see Bob's outrageous claims about his athletic abilities being punctured one by one.  Division II Drury College, now Drury University, is just a tad smaller than the Big Ten powerhouse Roy played for.  Speaking of which: Margaret identifies him as a Michigan alumni, while "Uncle Roy" says he played for Wisconsin, but neither Chuck nor Bob catches the discrepancy.  In reality, Elroy Hirsch actually played for both! 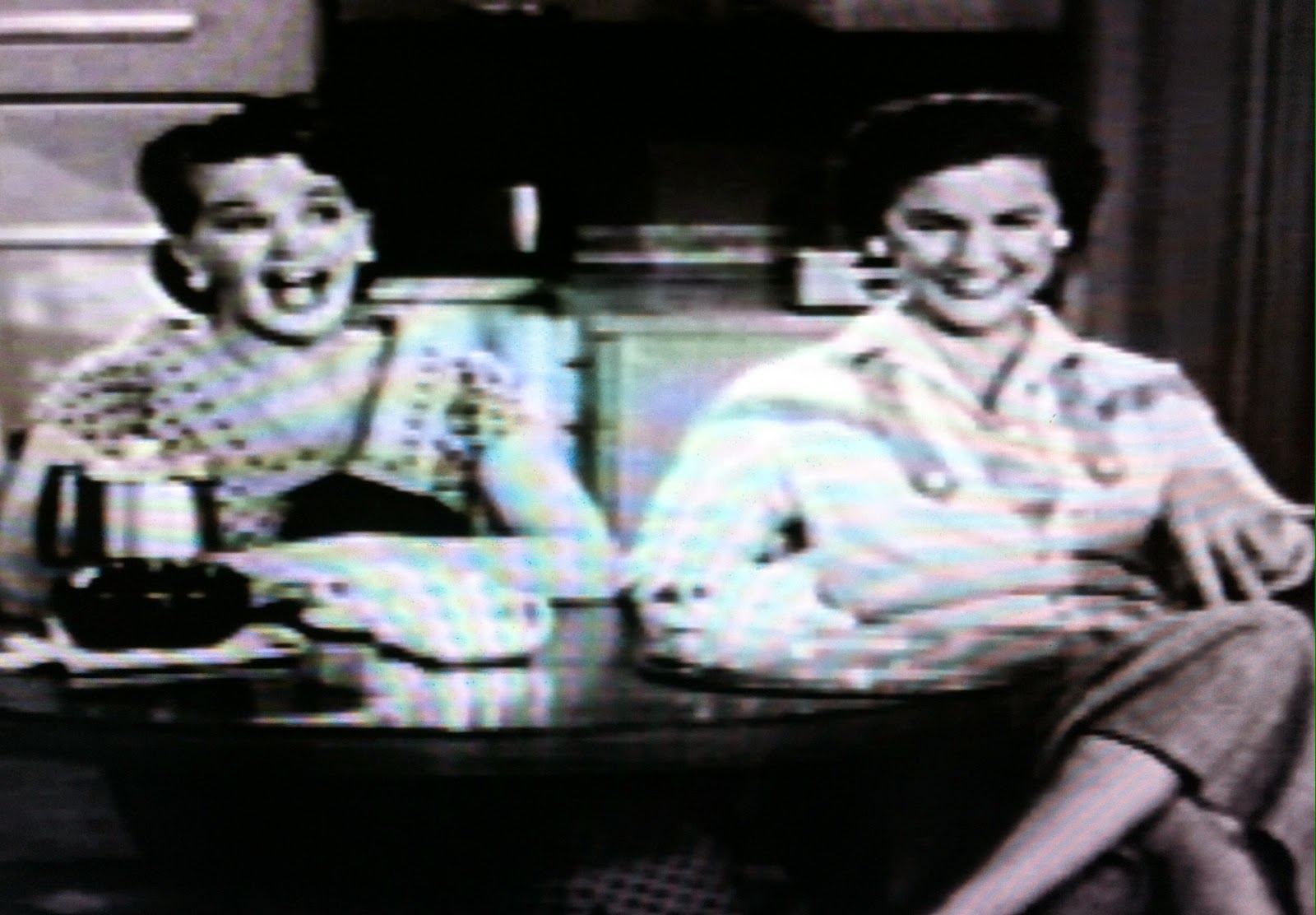 Perhaps fatigue was a factor in these inconsistencies: Bob Gets Out-Uncled was the 34th and final episode of LOVE THAT BOB's third season.  Nevertheless, this installment still provides a healthy quantity and quality of laughs.  The jokes cover familiar territory (Bob's tomcatting, Schultzy's tomboyishness, Chuck attempting to horn in on Bob's action) but the lines are even sharper than usual, with Bob's slight revision of Benjamin Franklin's wisdom probably being the best remembered quote from the entire series.  With Winston secured as sponsor for two more years, Paul Henning's creative team was set for the duration.  Cummings would remain the show's primary director and would be responsible for all but one of thirty-six episodes for the ensuing 1957-58 season. 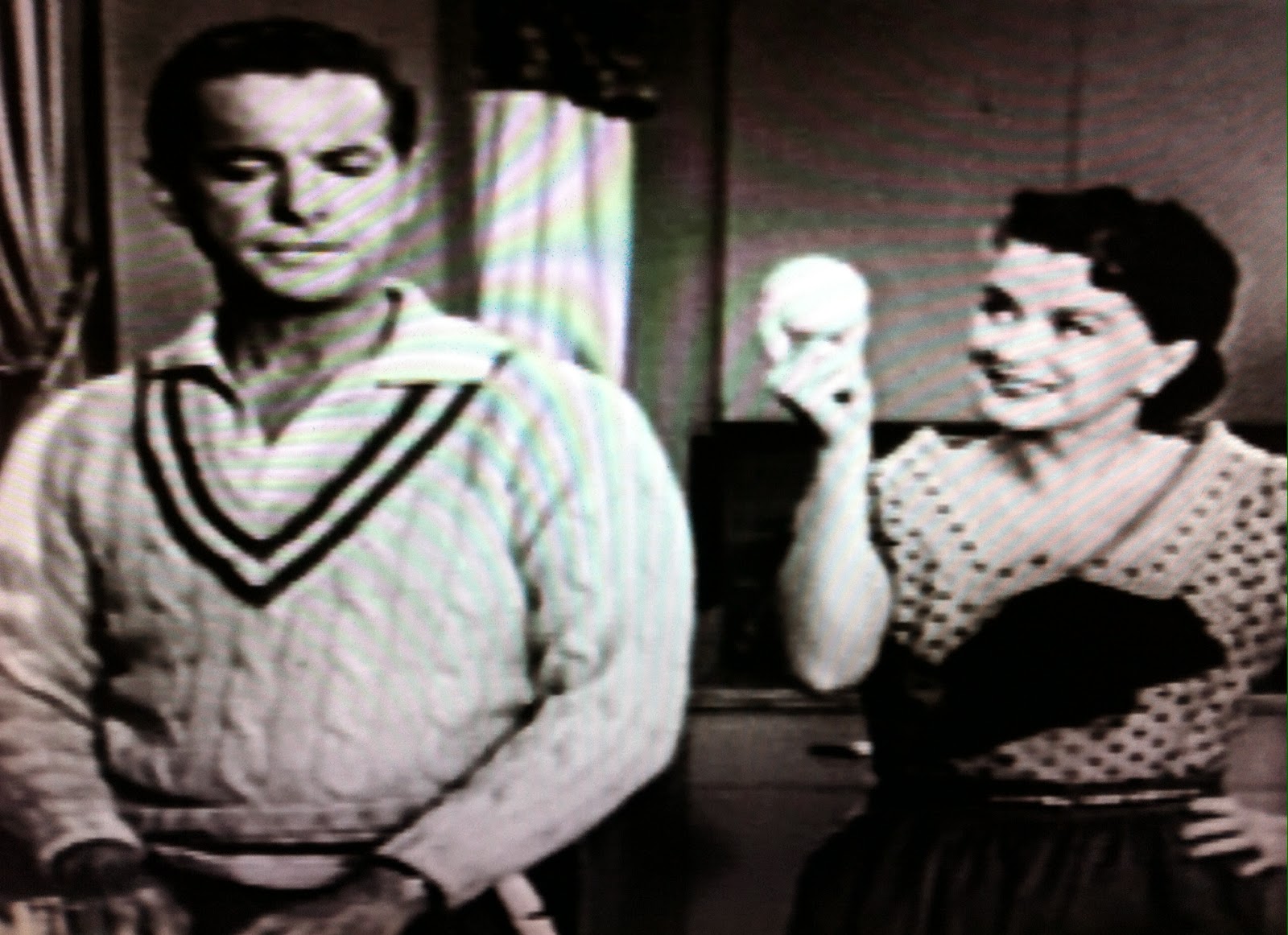 In the end, "Uncle" Roy's advice ("live clean, and get plenty of rest") has Chuck deciding to take a bath and go to bed immediately at the end of the day.  But fear not: "Uncle Roy" never returned, and Chuck would be back to emulating his real uncle in subsequent episodes.  And why shouldn't he?  Chuck is studying to be a doctor, not aspiring to be a professional athlete.  While Uncle Bob might be a windbag who gets cut down to size in sporting competition, at the end of the day our playboy shutterbug is still the one actually making time with the lovely Ms. McClain.

Chuck tried to, but was easily dispatched by Uncle Bob.  So skillfully in fact that Sally McClain told him she was impressed, without a hint of irony.

Bob has quite a suggestive opening line in this one ("7 A.M.?  Oh, honey, I've got to get home!"), but I'd still say he struck out the night before--after all, he IS home, and fully clothed in last night's tux.  However, I put his chances at eventually making hey-hey with Sally at well over 50%.  She not only said she was impressed, she looked it too:

In The Great TV Sitcom Book (1980), Rick Mitz spotlighted Bob Gets Out-Uncled as a "typical" episode.  It isn't a quintessential installment IMO, since we're missing Joi Lansing and lacking action at the photography studio.  But on the plus side, deadpan, earnest Hirsch makes a good foil and lovely Merry Anders makes her only LOVE THAT BOB appearance, getting her share of terrific lines.  The attention to detail could be a lot better, but Bob Gets Out-Uncled is nevertheless pretty funny.  Of considerable historical interest too.  (*** out of four)


Curiously, this well-known outing was one of 17 episodes completely missing from the imdb.com database.  (I've corrected that error myself--you're welcome.) It is available, along with 39 other episodes (4 per DVD) at Shokus Home Video, under the alternate title Bob Meets His Match. 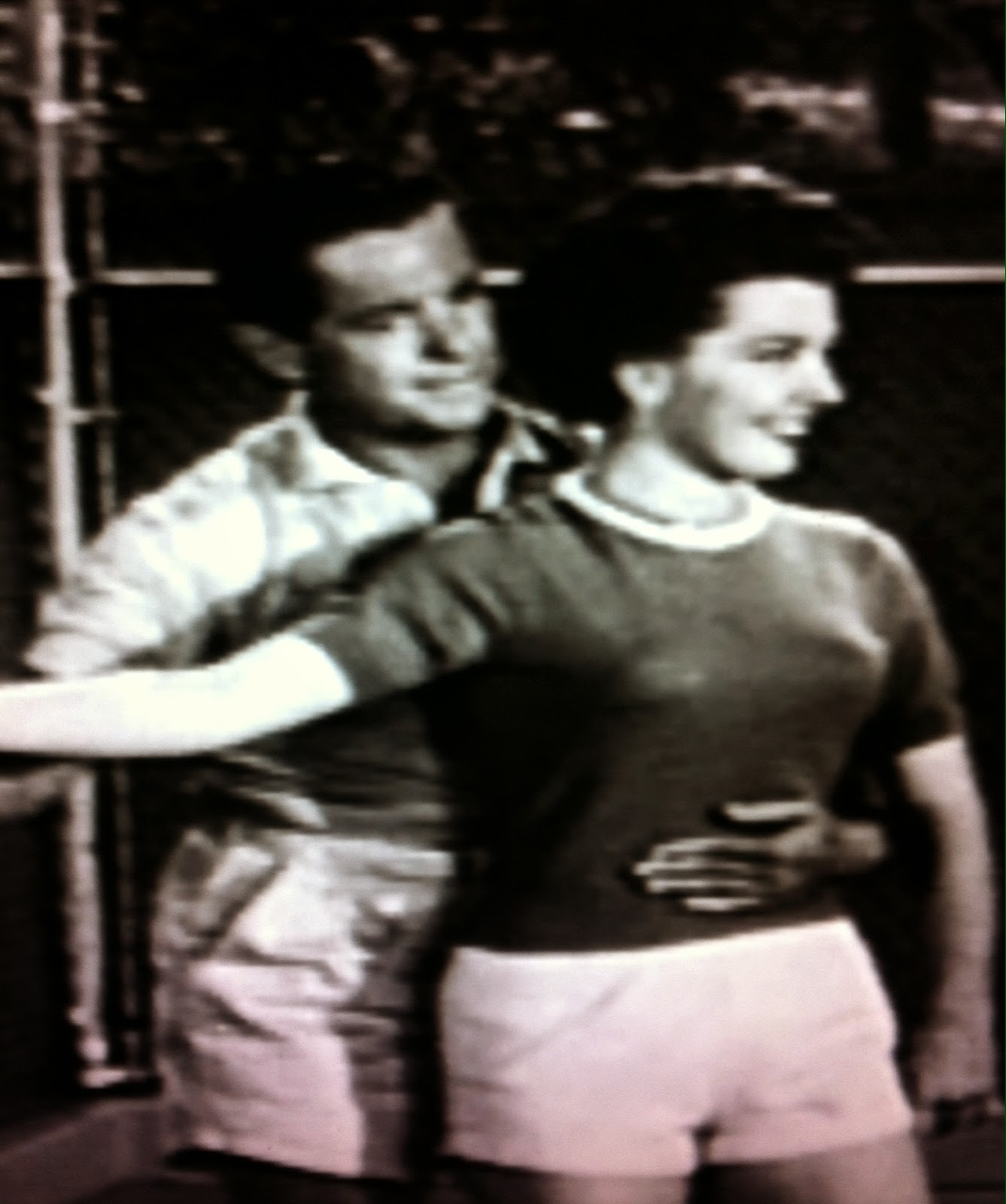