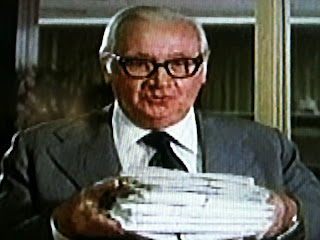 "Why the Hell is this in so many dollar DVD bins?"

Byron, Quaid, Imhoff and Richards are the titular students on the verge of graduation, a terrifying prospect.  After all four strike out at obtaining funds for graduate school, leader Byron uses nerdy virgin Flintermann's connection with reclusive Nobel Prize winning scientist Reed to obtain a $50,000 grant for a study on "Sex and the College Girl".  The guys "give" their "housekeeper" Barnes to Flintermann in return, and set about paying female volunteers $20 per hour while serving as the males themselves....initially. 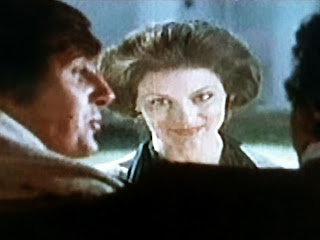 Filmed at Southern Methodist University in Dallas and featuring many Texas actors (including leads Quaid and Richards), THE SENIORS could have only been made in the pre-HIV Seventies.  Amateau and Shapiro were both seasoned old hands at the sex comedy by this time, their credits dating back to LOVE THAT BOB and PILLOW TALK respectively.  As a result of their involvement, THE SENIORS combines the cheerfully casual sexism of mid-Sixties Hollywood comedies (i.e. A GUIDE FOR THE MARRIED MAN) with the more explicit content that the Seventies allowed. 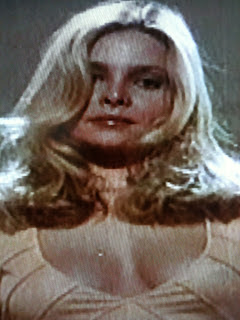 Calling it casual sexism is an understatement here, but it's so over the top in THE SENIORS that it's actually hard to get offended.  The treatment of gorgeous Barnes (playing a nymphomaniac who loves to clean, cook and play "four on one" with our heroes) is remarkably hideous.  Byron gestures at her, telling Flintermann that "this (not "she") could have been yours"; she immediately becomes Flintermann's "sex slave" after Byron and company give the word; and the future THREE'S COMPANY star doesn't have a single line but does get topless.  Cartwright has the only other female role that's more than a cameo, as the Seniors' unknowing benefactor who mistakenly thinks that Reed has the libido of ten college students.  When curious Cartwright pursues Reed, the human hating (but mosquito loving) scientist sprays her with a fire extinguisher, "smokes" her out of the chimney, and fires a 12 gauge at her twice.  But on the plus side, she has plenty of dialogue. 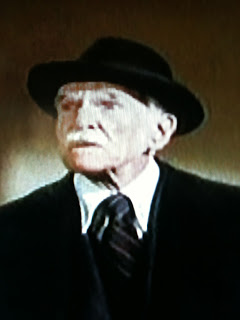 THE SENIORS isn't quite as titillating as is promised by the subject matter.  Then again, given the filmmakers' respective backgrounds in a more innocent time, this isn't so surprising.  Only three other females (admittedly both well endowed, though one is clearly 'enhanced') join Barnes in actually getting topless, and the nudity goes no further.  The sex scenes tastefully (well, sort of) come to a halt after our foursome decides to delegate their activities to lecherous local businessmen willing to make a "donation". 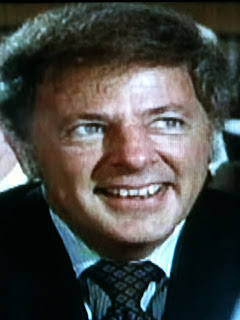 The final half hour of SENIORS gets plot-heavier than most films of this stripe as our entrepreneurs take in some corrupt partners who would fit perfectly in the post Glass-Steagall financial world.  By this time, banker Andrews asserts that "The corporation is too big to fall!" and Police Inspector Hewitt asserts that "There are times when in order to uphold the law, you must break it!"  The most prescient T and A comedy ever made?  Perhaps. 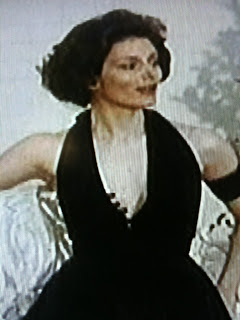 While one doesn't exactly tune in to films like THE SENIORS for thick plotting and corporate satire, the fine assortment of veteran character actors turns out to be a solid plus.  Andrews plays a greedy banker as well as anyone this side of Raymond Bailey.  Emhardt is as untrustworthy as ever as a Bishop who secures "honest and discreet" help for the study.  Wolfe and Parfrey make a hilarious comedy team as an ancient feminine hygiene magnate and the toadying lawyer who serves as his "ears".  Best of all is Reed (the former Fred Flintstone) in his acting swan song as the obviously German ("sauerbraten and pancakes?") three time Nobel Prize winner ("it should have been four") who becomes the unwitting front man for the most-talked about sex study since the Kinsey Report. 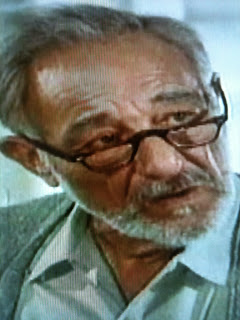 Byron's dime store platitudes in voice over are as unconvincing as any campaign speech at the film's close, and simultaneous sloppiness onscreen doesn't help (i.e. female names under the yearbook pics of Byron and Richards).  As was the case in the aforementioned GUIDE FOR THE MARRIED MAN, reality intrudes on the male fantasy world and leads to a moralistic conclusion after a frighteningly "close call" for our good guys. 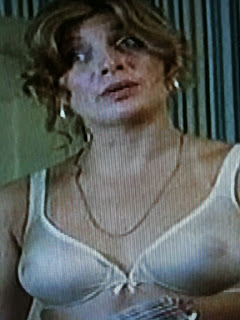 Well, sort of.  The coda shows us where the line is drawn.  Let's just say that the guys don't decide against their original idea on a smaller scale.  After revisiting it for one of the few times since it was forbidden late night fruit for us male teens who weren't old enough to drive, I can safely say THE SENIORS remains a "Bad Movie I Love".  It's incredibly chauvinistic and skimps on its original assignment in the final act, but doesn't cop out completely. 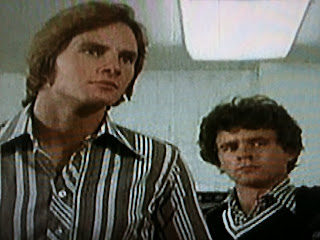 A time capsule, dated on arrival (i.e. Gene Cotton's soundtrack) and ahead of its time all at once, THE SENIORS might have been more explicit had it arrived a couple of years later.  As it is, it forms a perfect double feature with 1986's MALIBU BIKINI SHOP: respectively epitomizing the salad days and the last gasp of the R-rated sex comedy's Golden Age.

Yup, on too many labels to count.  Originally distributed by Cinema Shares International, THE SENIORS appears to have lapsed into the public domain after a mere thirty years, since my copy is obviously a bootleg and there's at least three different releases for sale at any given time on Amazon, usually touting Dennis Quaid's presence.  A remastering would be great.  Perhaps the four leads could reunite for a commentary?  If not, at least have some extras, preferably with Barnes getting a chance to speak this time.

I hadn't heard of this film, and I confess when I first saw the title I thought it referred to senior citizens! (could there be a hint of that with an actor like Ian Wolfe in the cast? Ian Wolfe seems to have been in films for every decade that movies have existed). The plot sounds like an early outline of such raunchy nerdy-teen films of the 80s like Porky's, or even Risky Business. Wonder if, in retrospect, it could be seen as a precursor.

Unknown said...
This comment has been removed by a blog administrator.
10:17 PM